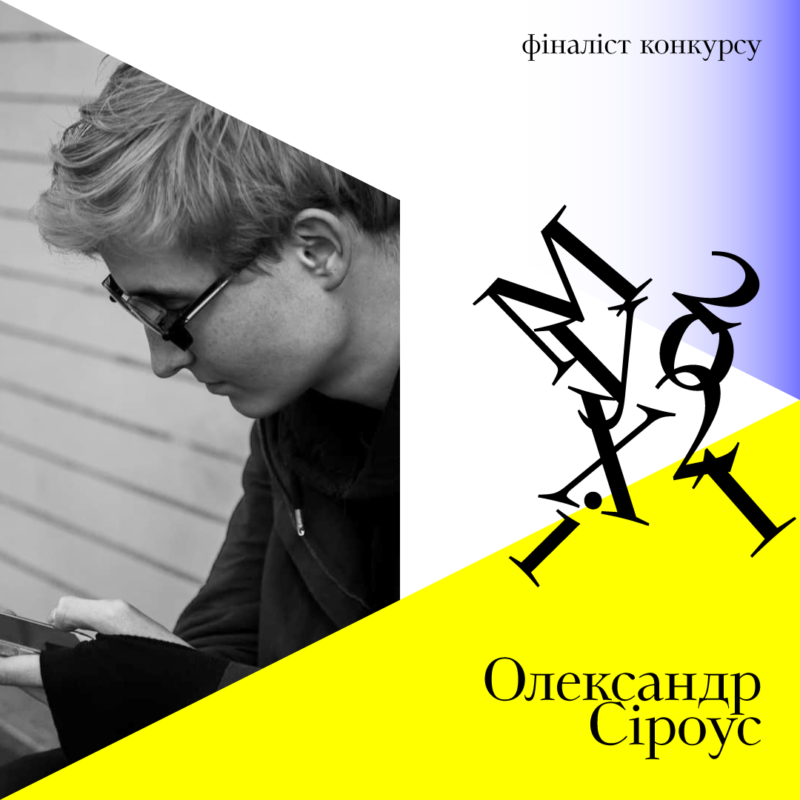 In 2019 he became one of the founders of FRONTIER, a VR and AR festival in Kharkiv. Since 2019, he has been a teacher at the 3D programming course in the Kyiv Academy of Media Arts. He lives and works in Kyiv. 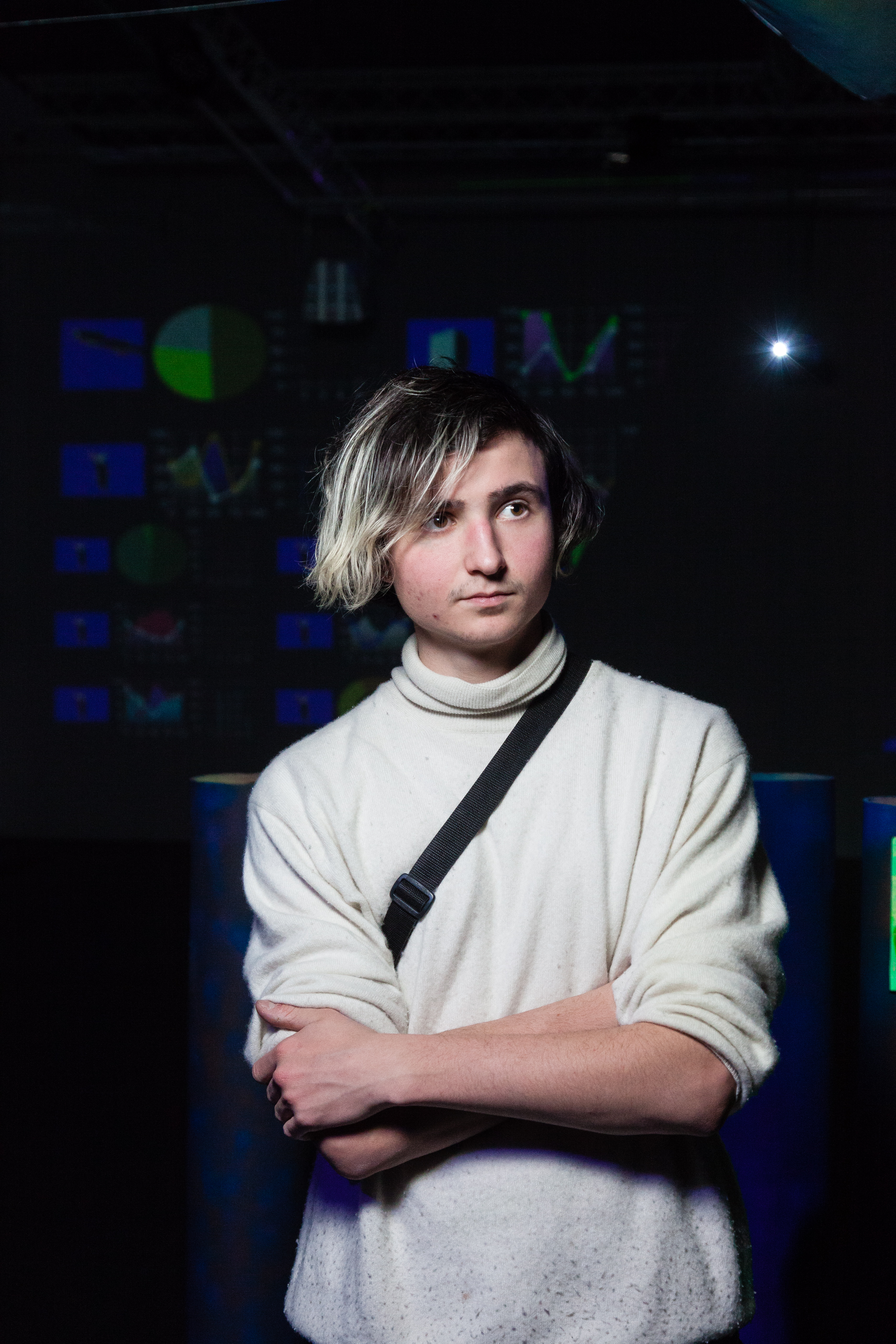 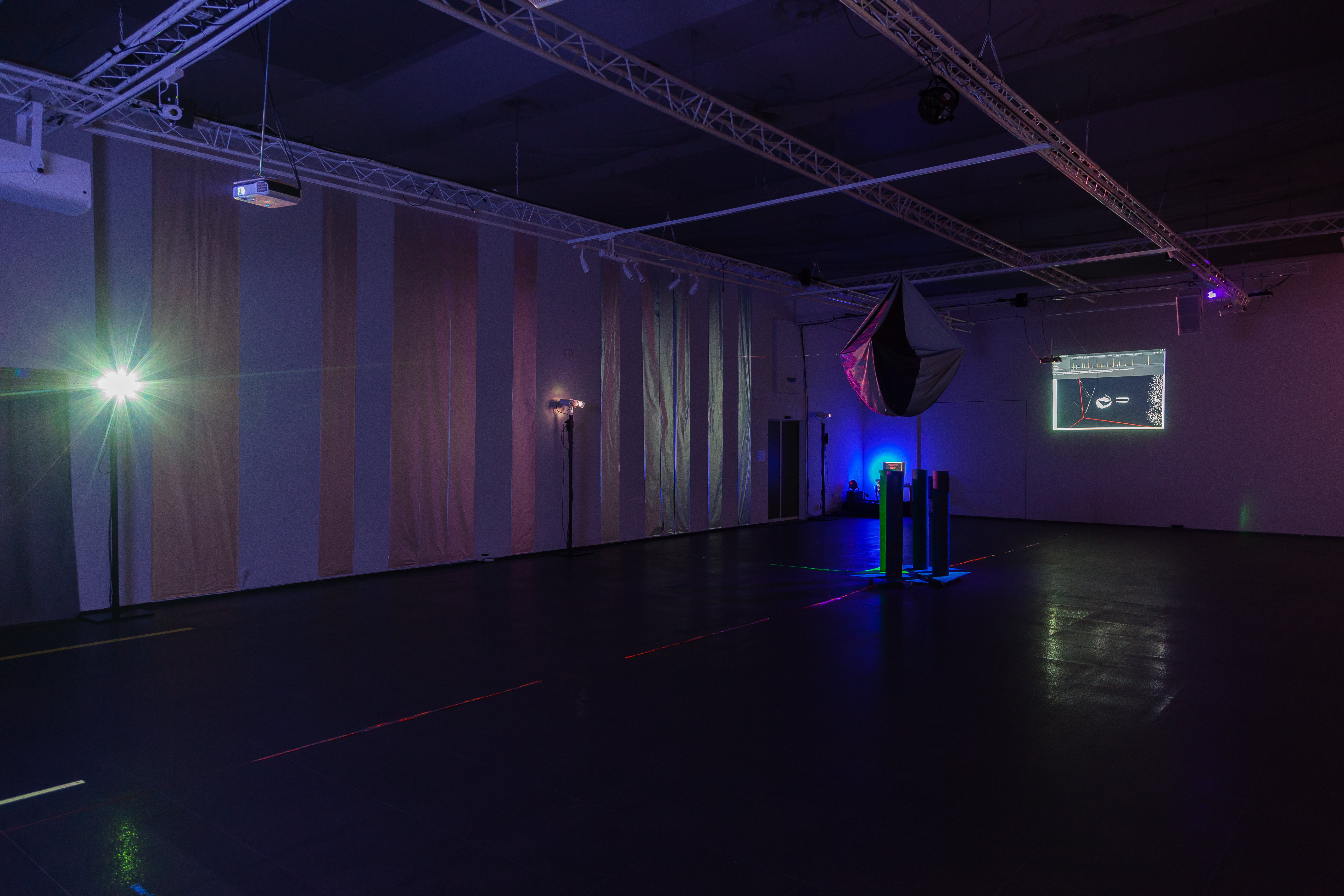 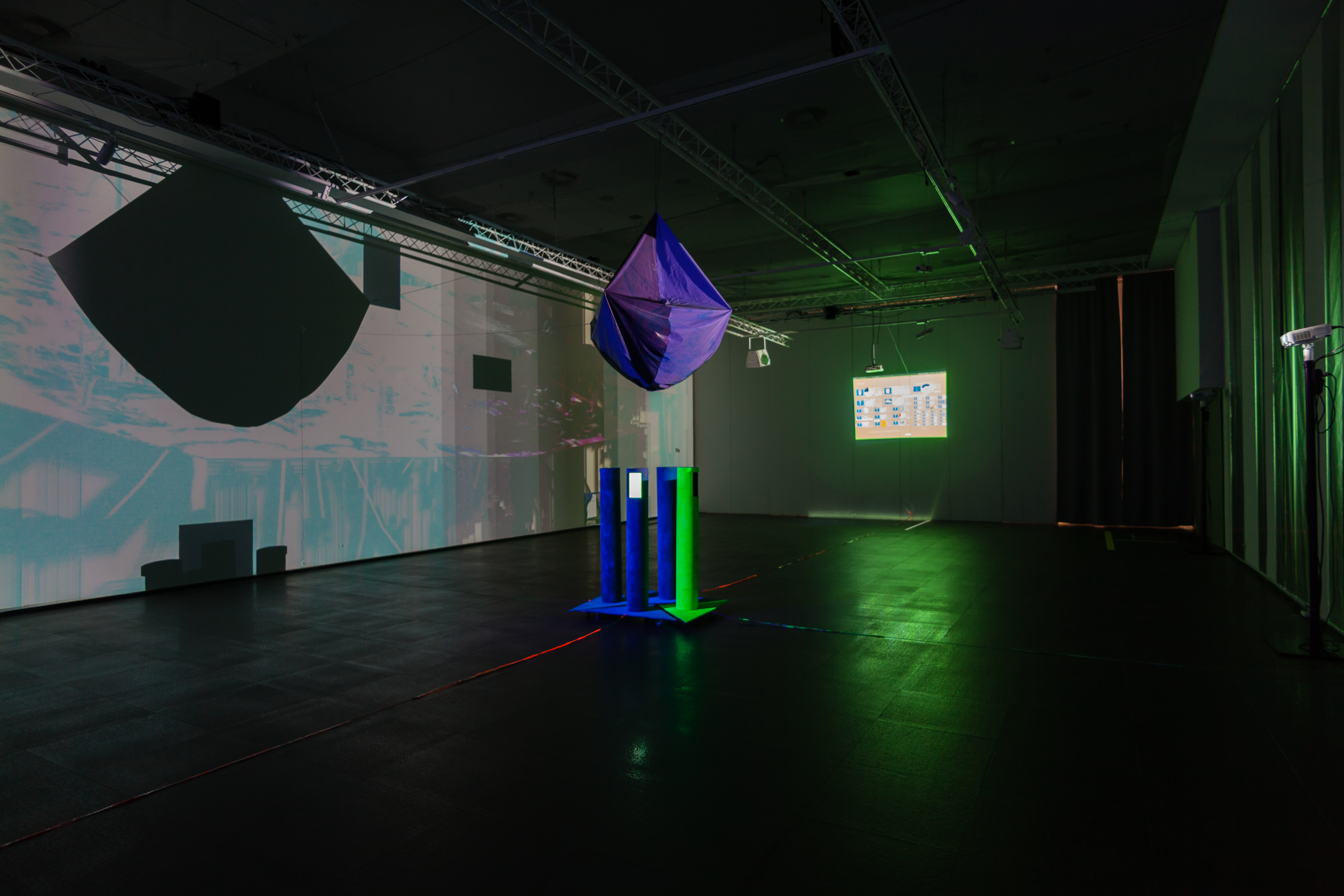 The work is based on the formation of a new common reality at the intersection of various cultural codes. These codes are personified by the principles and stylistic means of specific periods of animation and cinema from around the world.

Work, in its most basic form, is a reflection of society and the communication that exists within it.

The first seconds of the work are like a ‘blank sheet’ on which characters and fragments of their surroundings gradually emerge. The sounds in the exhibition space serve as the catalyst for these ‘appearances’. The ‘blank sheet’ is transformed into a workspace, which is divided into basic social structures (frames) that define the cultural code (animation style) of the characters who appear in them.

Regardless of their ‘desire’, the characters are compelled to communicate with one another, creating a soundtrack and, as a result, provoking the appearance of other characters. This exponential multiplication becomes a recurring theme, sparking a discussion about the irreversibility of events and time.

The characters leave their frames and gradually intersect while coexisting. However, they are only capable of reproducing pre-formed behaviours and dialogues formed by a neural network based on phrases / quotes from heroes drawn from world cinema. What appears to be the fundamental impossibility of communication is, in fact, part of the process of forming a new common reality in which everyone is a participant.