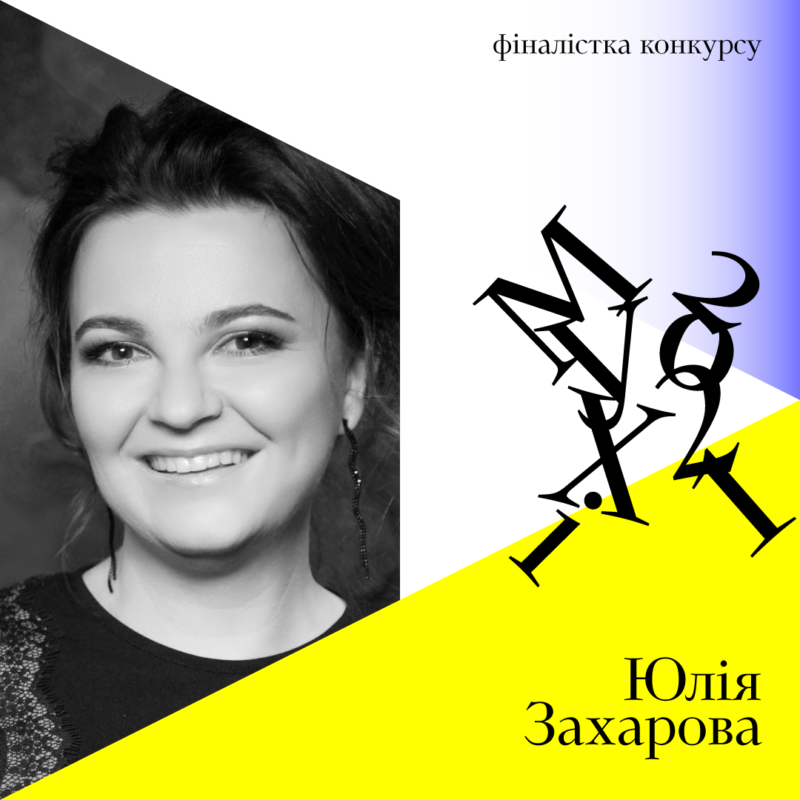 Yuliia Zakharova was born in 1979 in Kyiv. She graduated from Volodymyr Hetman National Economic University in Kyiv. In 2013 – 2018 she studied art history, painting and academic drawing in the studio of Victoria Lapteva. In 2014 – 2015 studied at the School of Contemporary Art in the fine arts art program. In 2018 – 2019 studied at Kyiv Academy of Media Arts in the program for artists.

Yuliia is a member and co-founder of the art group Light, which in 2017 became a finalist in the N. Altman All-Ukrainian Competition of Young Artists. She has participated in the Biruchiy Art School residency (Poland), and numerous festivals (International Land Art Symposium Mogritsa, Land Art Festival Wind, Land Art Festival Mythogenesis).

She works with media such as painting, installation, found objects, photos and videos. In her work, she explores issues of the environment and individual and collective memory, as well as identity and feminist discourse. She lives and works in Kyiv. 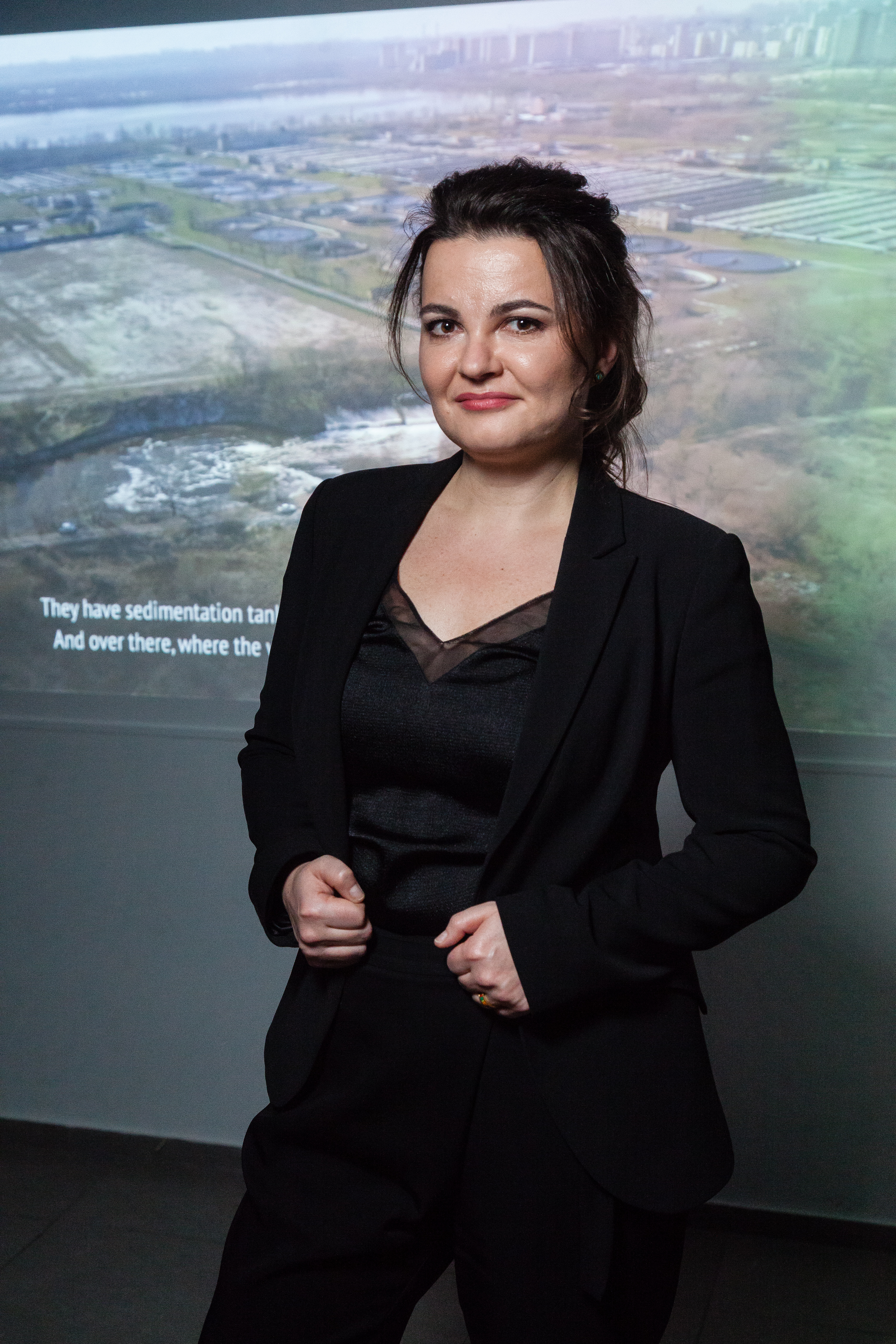 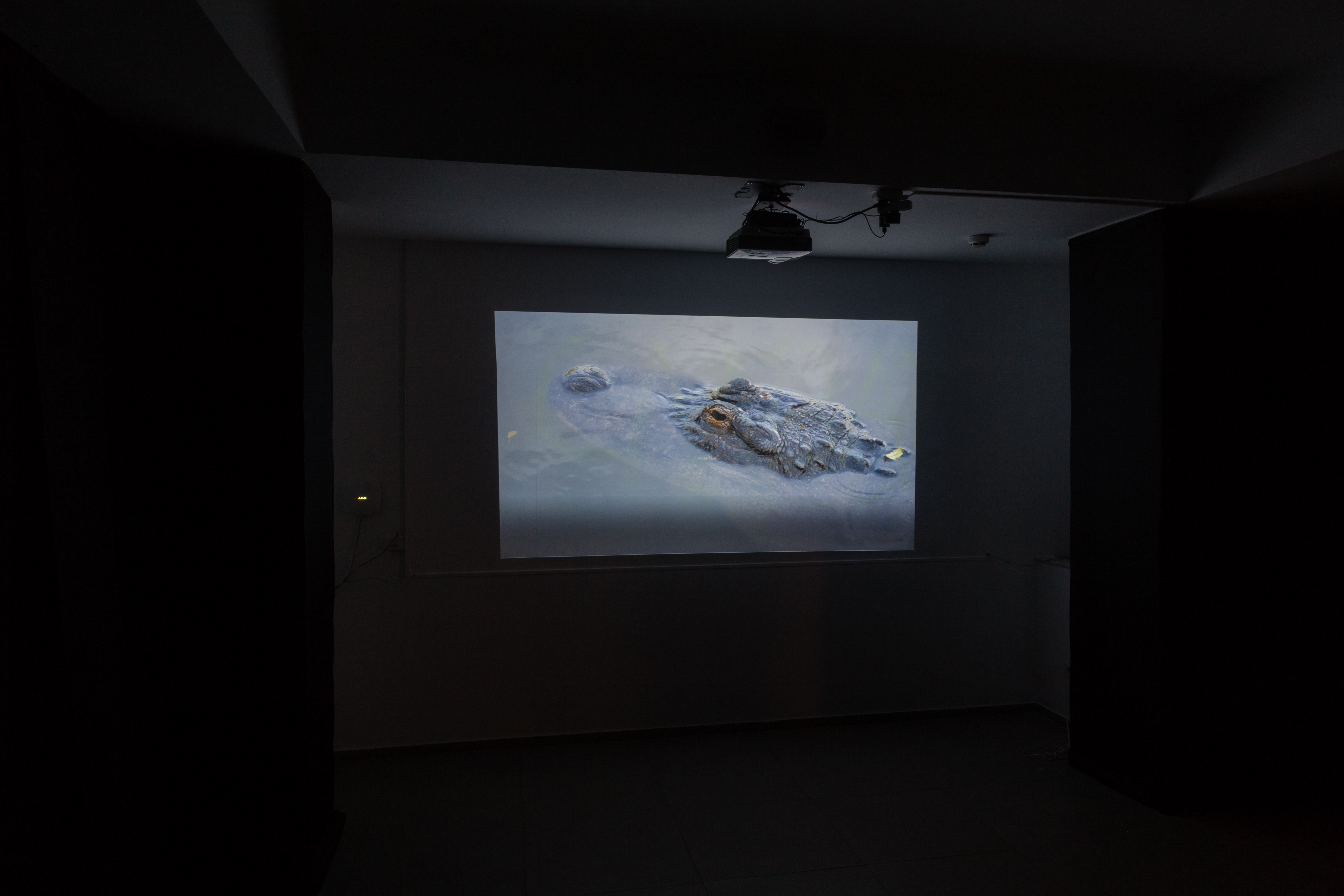 Bortnytsia Aeration Station (BAS) is one of the largest water treatment complexes in Eastern Europe and the only wastewater treatment plant in Kyiv. It was built in the 1960s.

Currently, approximately 80% of the equipment and buildings are in disrepair. Every day the station cleans from 700,000 to 900,000 cubic meters of wastewater, and its silt fields occupy a total area of over 272 hectares. For the nearly 60 years of operation on sedimentation tanks and silt fields, the amount of accumulated sludge has been twice the station’s technical capabilities, and it is growing by the second. Today, the construction expansion of the city of Kyiv has very close to the station. Some windows of newly built houses directly overlook the treatment facilities. In combination with its nearest neighbour, the incinerator Enerhia (Energy), BAS is one of Kyiv’s most problematic environmental issues. Today, about 300,000 people — or approximately 12% of the total population of Kyiv — live in the plant’s evaporation zone.

The project investigates the ecological problems of Kyiv and BAS, using the legend of a crocodile that has recently appeared in this area as a starting point. The research was carried out on real local fishermen who visit the Bortnytsia Aeration Station’s sewer on a regular basis. Fishermen were asked if they knew anything about the area and where the crocodile could be found.

Speaking of crocodile, we visualise the image of some exotic, very specific predator. What will be the reaction of a person who has just heard such information? What will her crocodile look like? Should we be afraid of the crocodile? Or maybe this crocodile has been here for a long time?