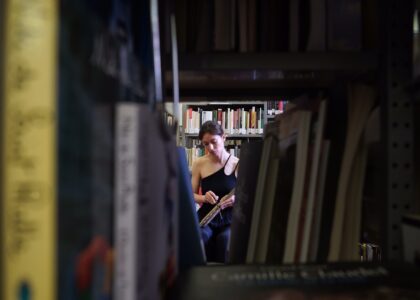 Прошковская Мария
Documentation of the performance, 6'45'', 2022

Video performance curated by Giulia Pezzoli and Sergey Kantsedal, produced thanks to a special edition dedicated to the Programma di Residenze ROSE at MAMbo. The video was shot and made for the occasion in the spaces of Centro di documentazione donne di Bologna / Biblioteca Italiana delle donne / Archivio di storia delle donne. Special project for e.lette festival is an initiative promoted by the Orlando association—which has founded the Italian Women’s Library since 1982 in agreement with the Municipality of Bologna.

The artist is holding an object she has made from utilitarian things, such as a mortar and coins used in Ukraine in the late nineteenth-early twentieth century. Having started the process of sharpening coins with the purpose of transforming an object of seemingly unknown purpose into a cold weapon in Kyiv, the artist continues it in Bologna. The performance takes place on the premices of an old deconserved church, which is now home to women united in their fight against war, violence and discrimination.

After receiving shelter together with her son, just as women used to find it in monasteries and churches, the artist symbolically continues her work of turning old coins into sharp blades in this exact location, transforming her anger, fear and despair caused by the events in Ukraine into power. The meditative, repetitive movements provide space for reflection and research into the role of a woman in military conflict, her vulnerability, fragility and at the same time her endurance when it comes to protecting her own land, dignity, body and her children.

Thousands of rapes and deaths of Ukrainian women and girls by the russian military provoke a desperate cry, but instead of screaming, the viewer is presented with an audio recording of the process of sharpening coins with an obtrusive grind of metal, reminiscent of teeth clenched to the point of pain. The fragility, almost weightlessness of the artist holding a rather rough and aggressive-looking object in her hands, which she makes even more dangerous by the minute, visualizes the main idea of the performance, and the difference in arrangement and lighting allows the viewer to feel the endless continuity of the artist’s work. 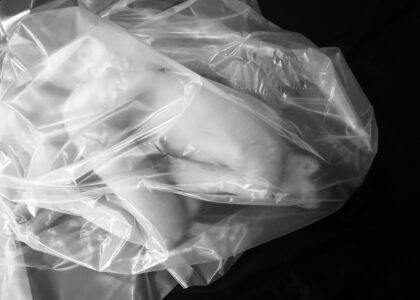 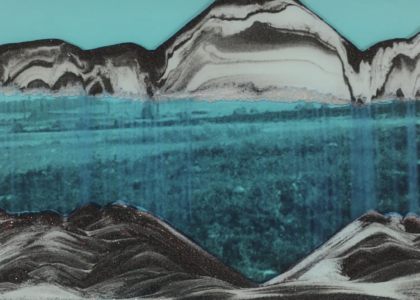 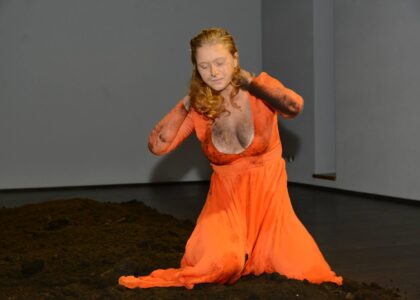 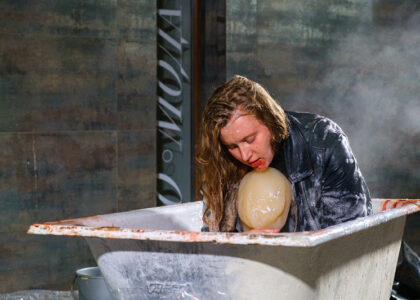 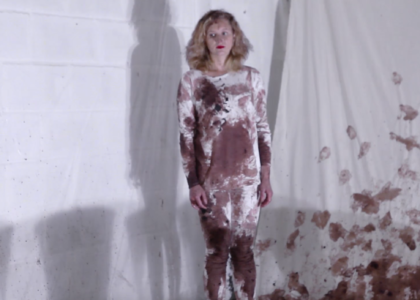 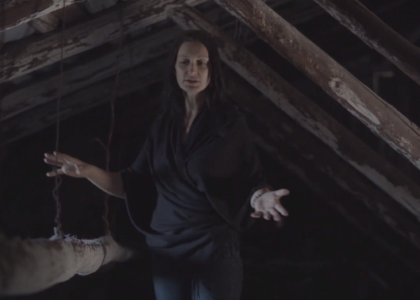 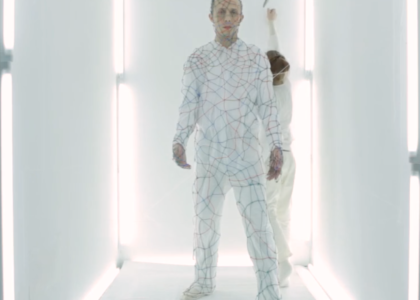 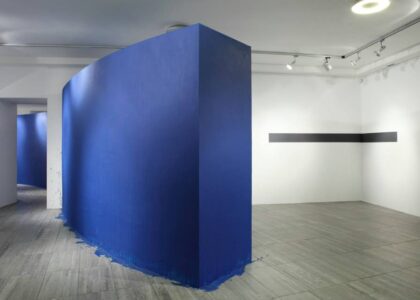 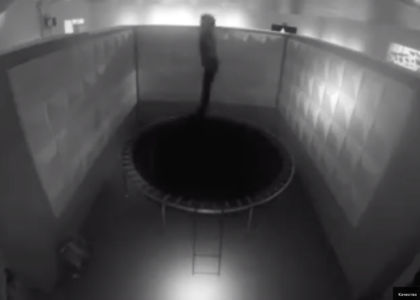 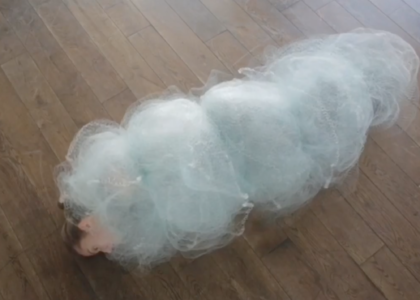 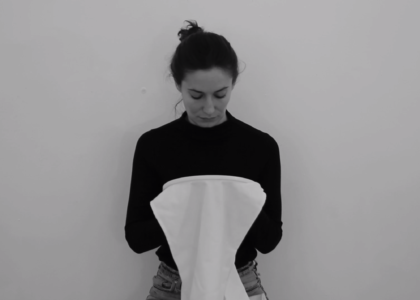