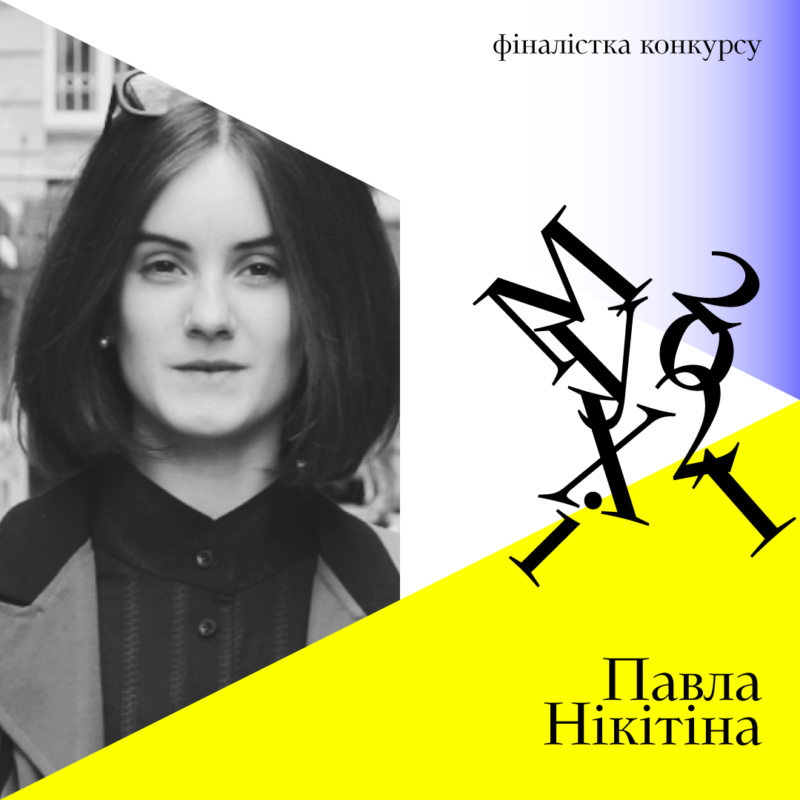 Pavla Nikitina was born in 1997 in Kyiv, where she studied at Taras Shevchenko State Art High School, then continued her studies at the Secondary Technical Art School of Stonework and Sculpture in Hořice (Czech Republic), specializing in stone-sculpting. Pavla is currently studying at the Faculty of Fine Arts of Brno University of Technology (Czech Republic) in Sculpture Studio 1, where she practices sculpture in its classical and modern techniques, from academic methods to 3D modeling.

The core of Pavla Nikitina’s artistic practice is working with new technologies, as well as psychological and social research of specific phenomena within the medium of sculpture.

Pavla Nikitina’s works are presented in the collection of the National Museum of Montenegro (2019, Cetinje, Montenegro), as well as in private collections in Ukraine and the Czech Republic. She has participated in group exhibitions including Na rozhraní (On the border) at Museum of Art and Design Benesov (2021, Benesov, Czech Republic), Exodus at the Museum of History of Kyiv (2019, Kyiv, Ukraine), Outside These Walls at SVA Flatiron Gallery (2018, New York, USA), and others. 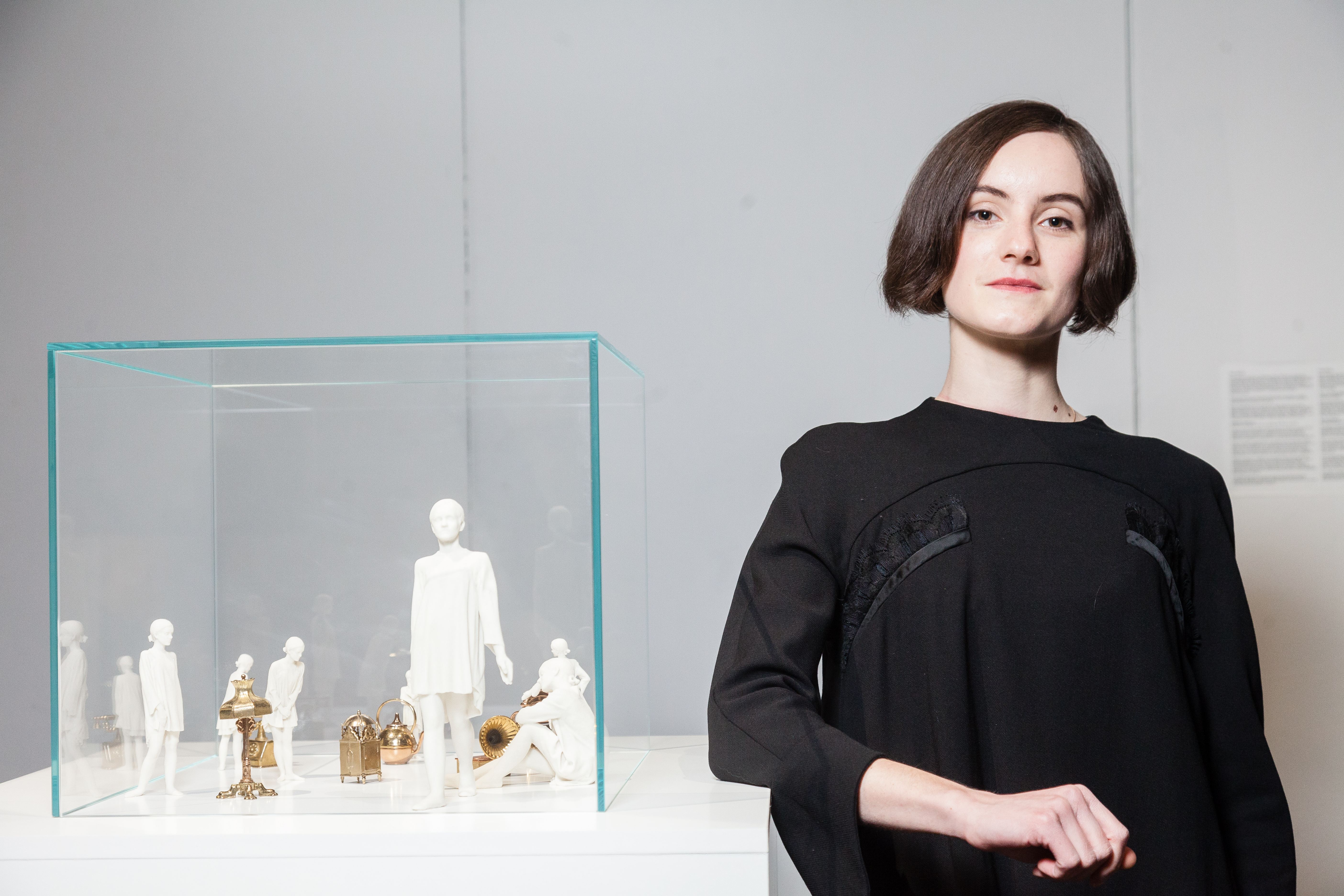 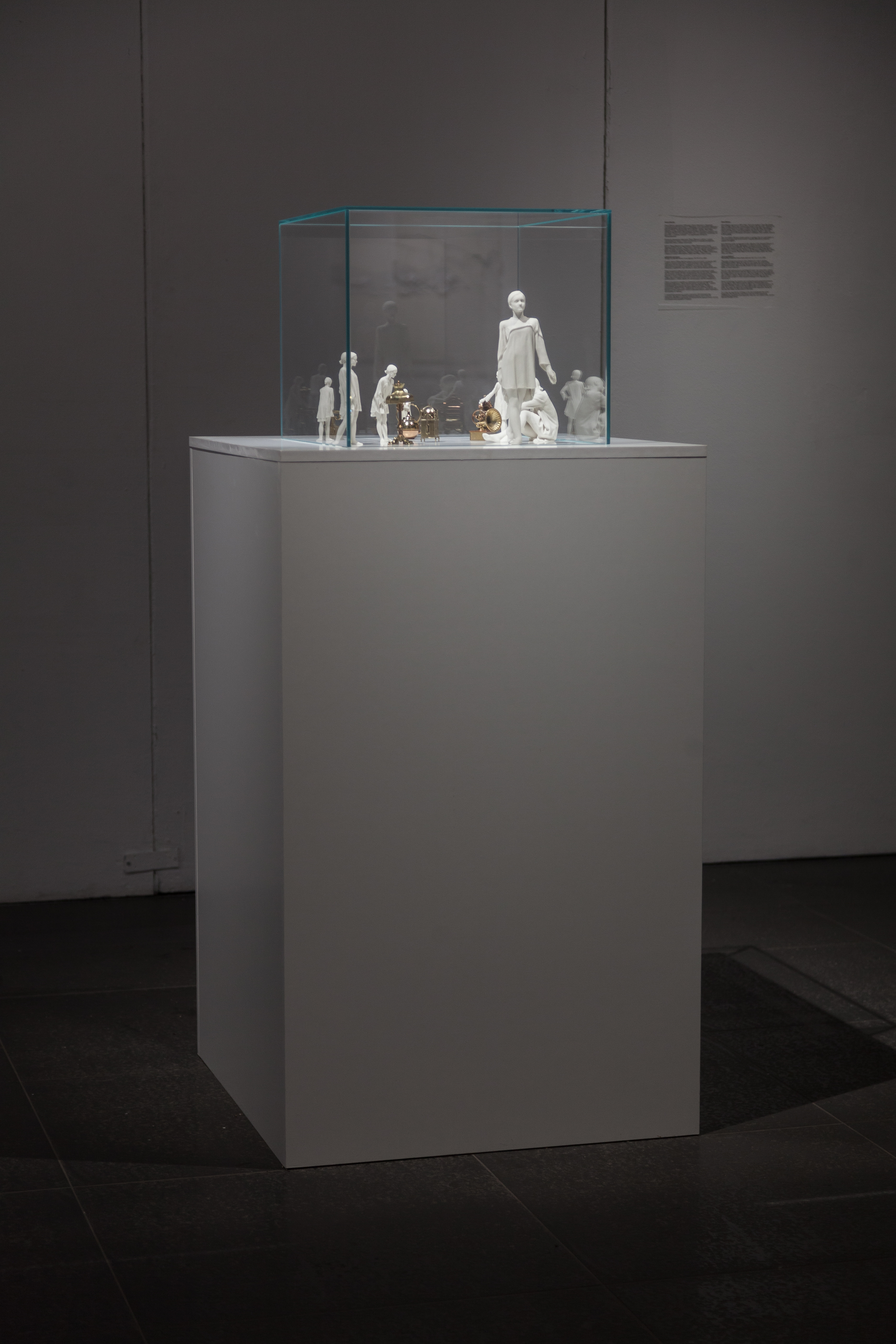 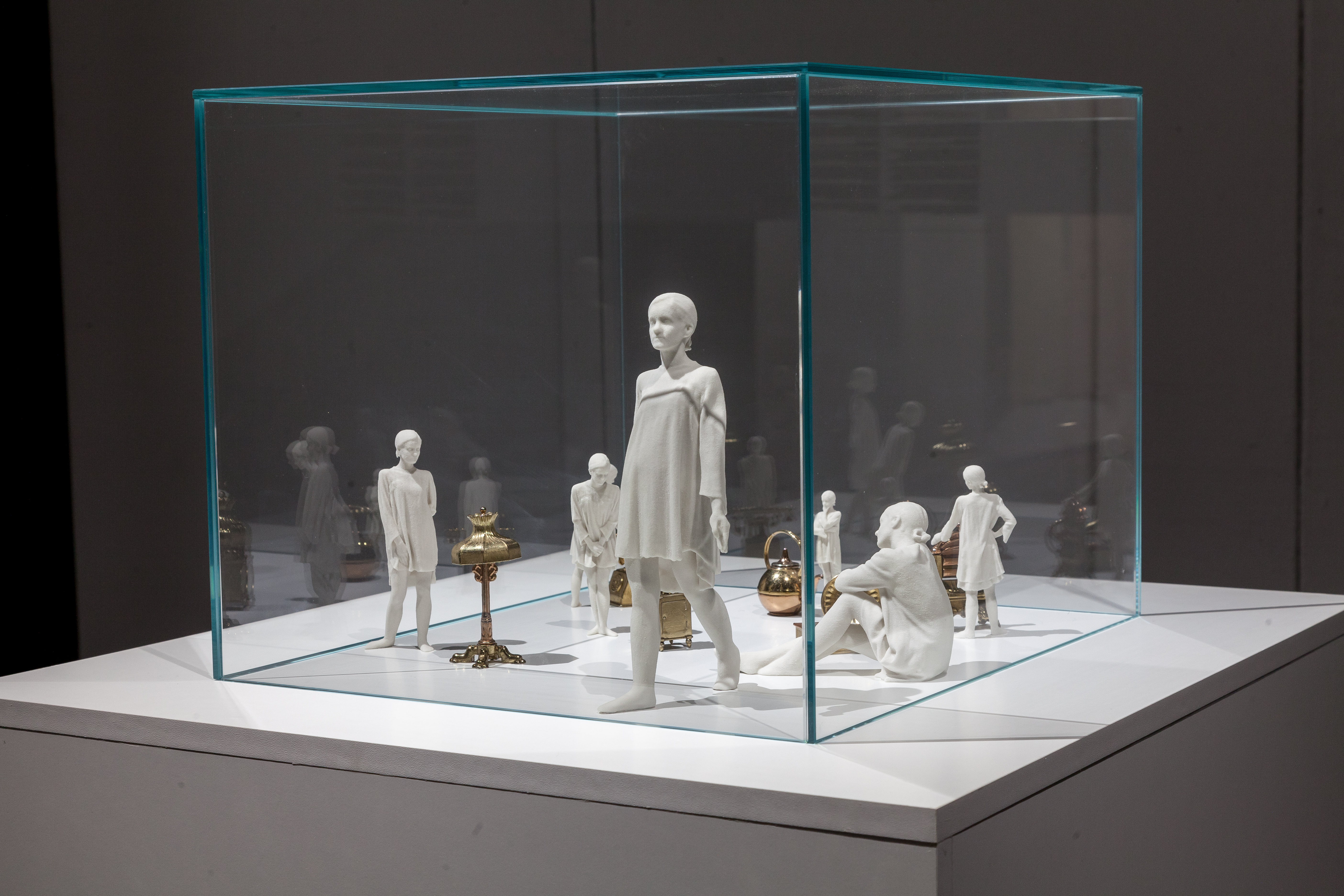 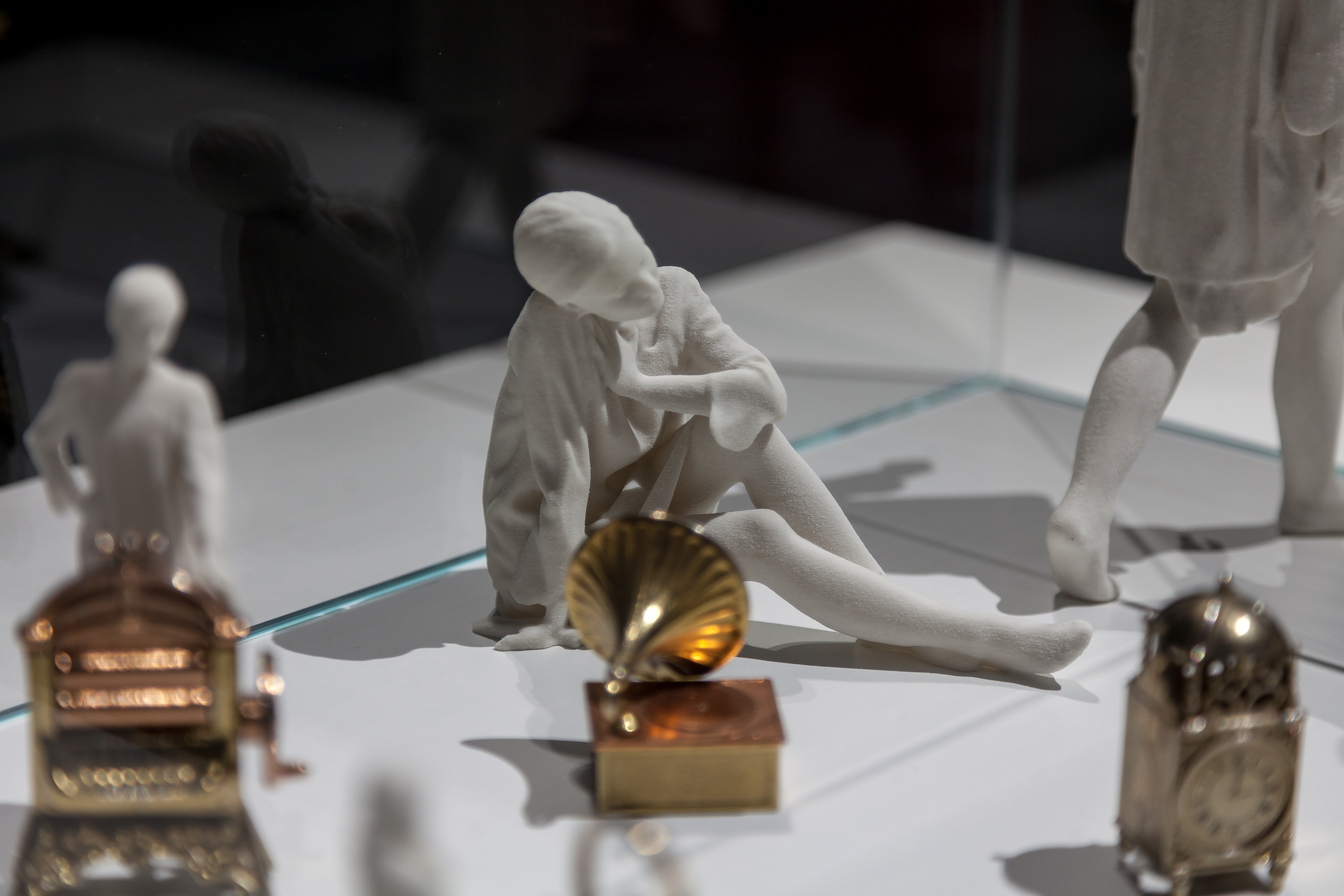 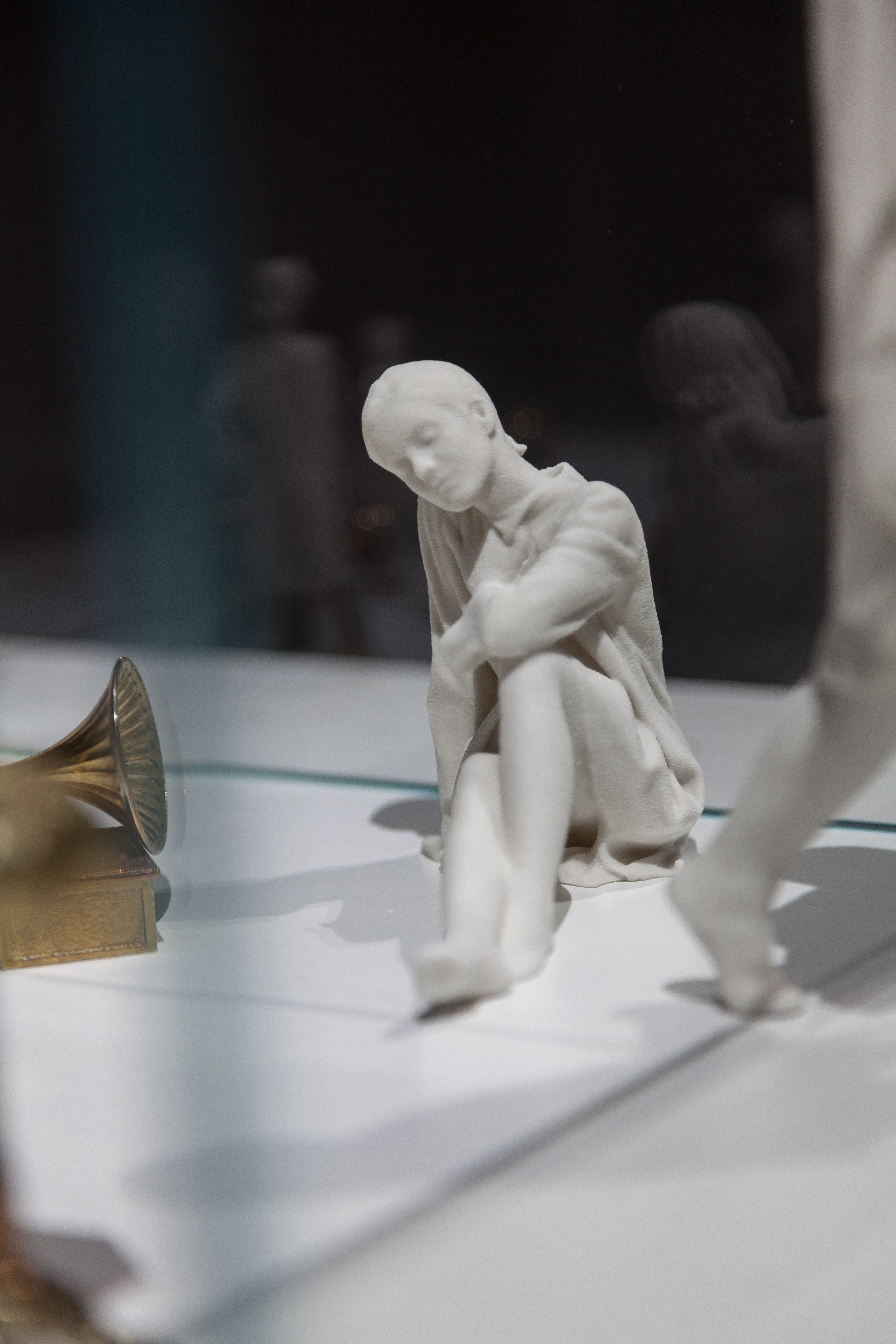 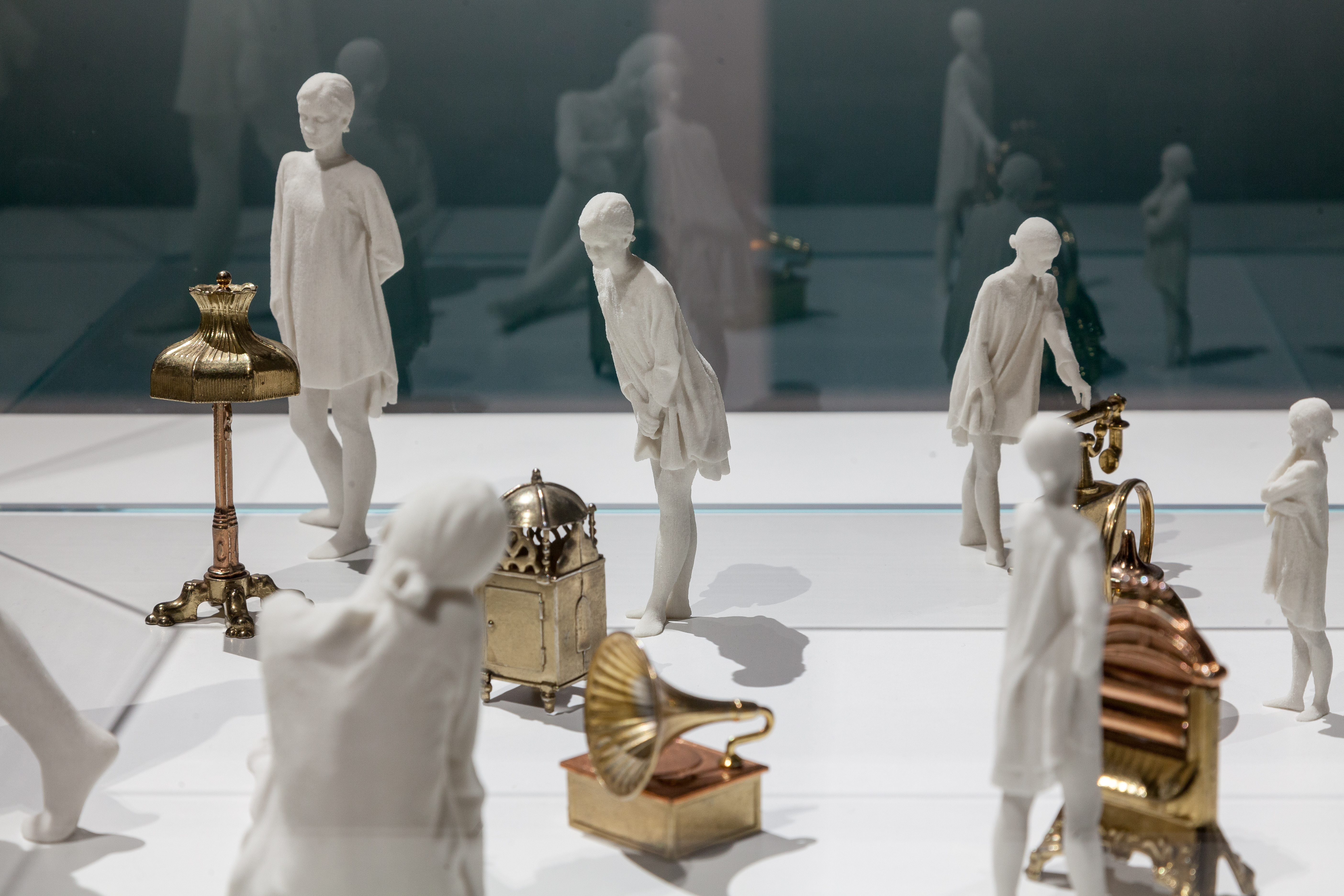 This project brings back situations from childhood in order to perform psychological analysis. When the artist was very young, she received these antique metal toys as a gift. The big disproportionality of the toys made her very angry, which she later discovered was a result of a state of psychological tension known as visual dissonance.

Now the artist understands the psychological tension that arises when a person perceives a disparity between what she expects to see and what she actually sees. As a child, however, she was only aware of the lack of logic in the disproportionate ratio of different subjects. Fifteen years later, she decided to get toys out of the attic and make a project in which she gives meaning to this disproportion, reinforcing it.

Instead of idealizing the situation and creating the proper proportions between toys and figures, Pavla Nikitina created sculptures of herself, which were noticeably disproportionate to all but one figure. Due to mathematical errors, the artist discovered that a kettle is the least reduced object and thus the closest to reality. As a result, the figure that extends beyond the composition during the first step into reality is proportional to the kettle.

As a child, the imperfection of things in the real world blocked the artist’s imagination. Post factum the artist found a way out of this situation by calculating the proportions that helped her create her own system in the senseless disproportionality of toys.