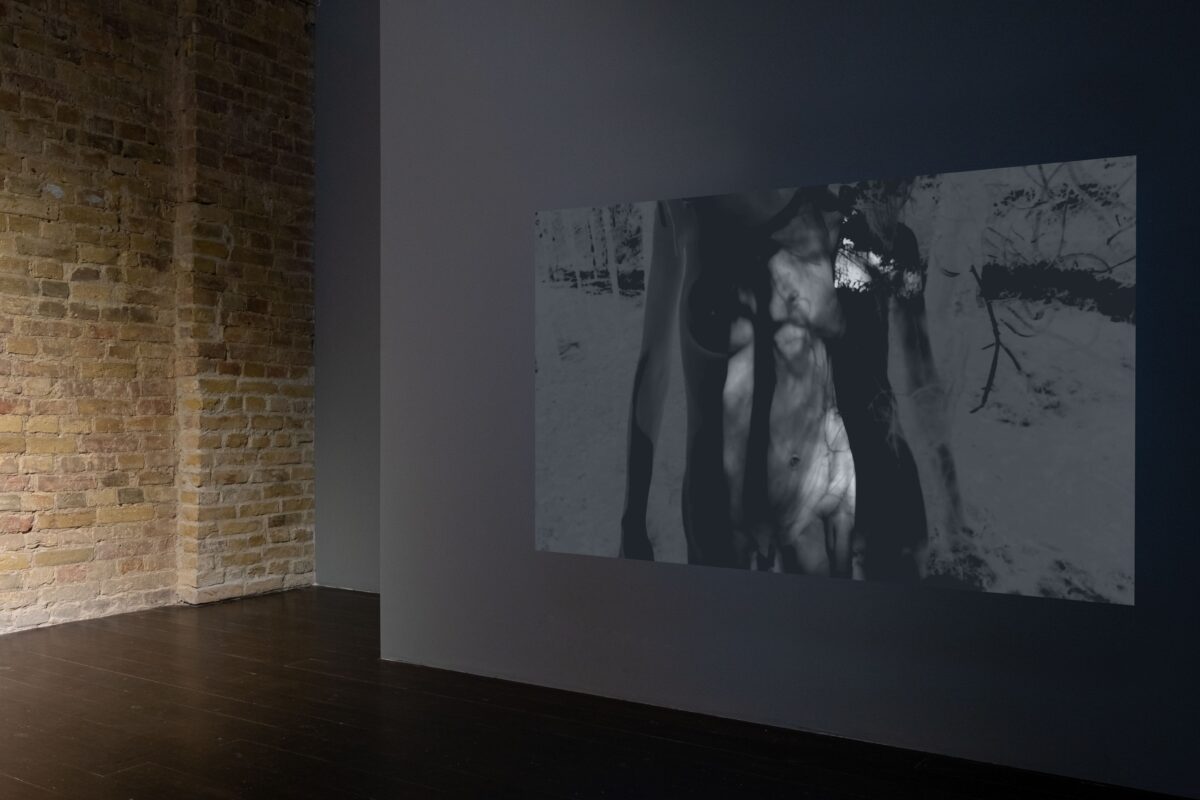 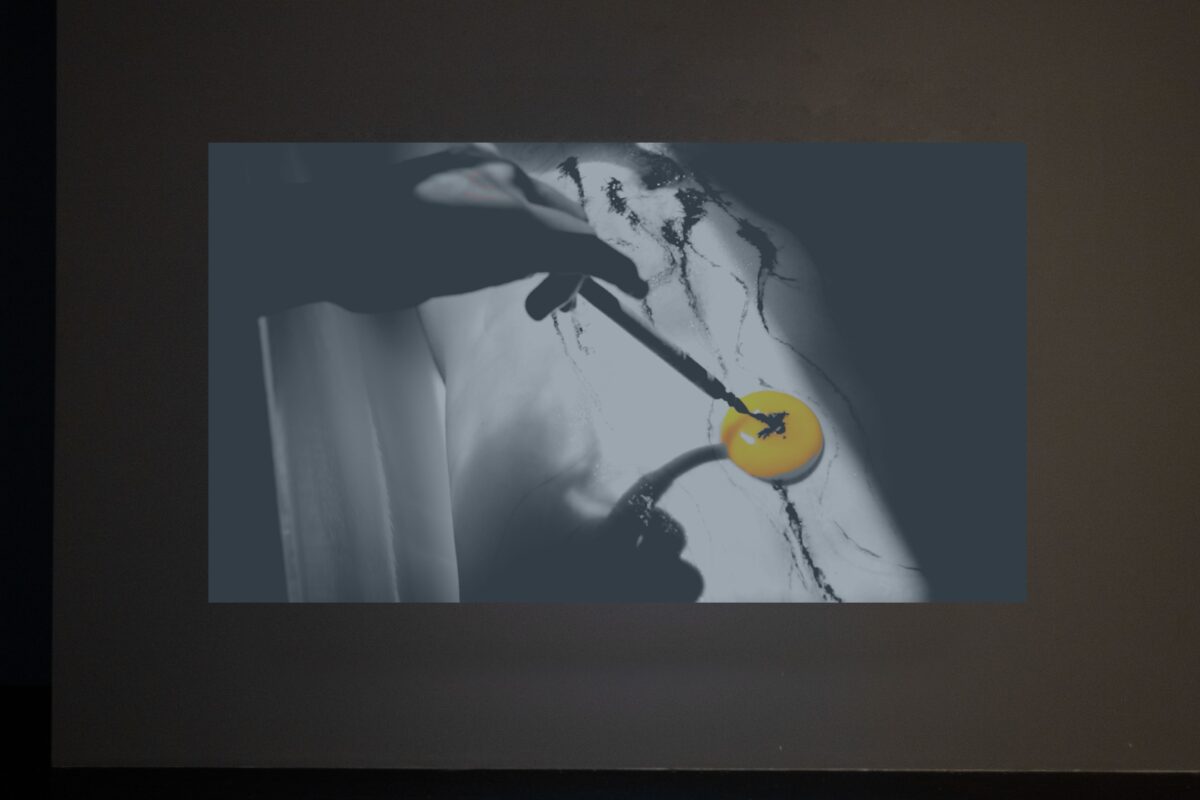 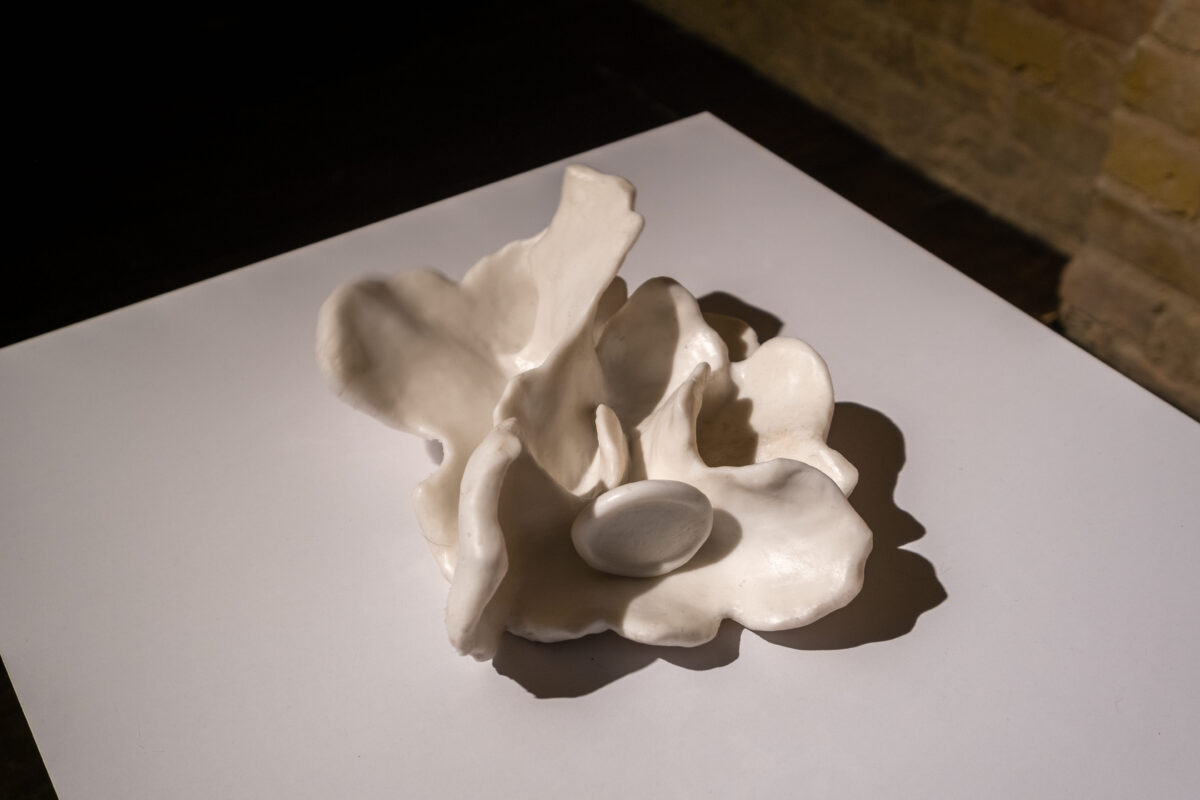 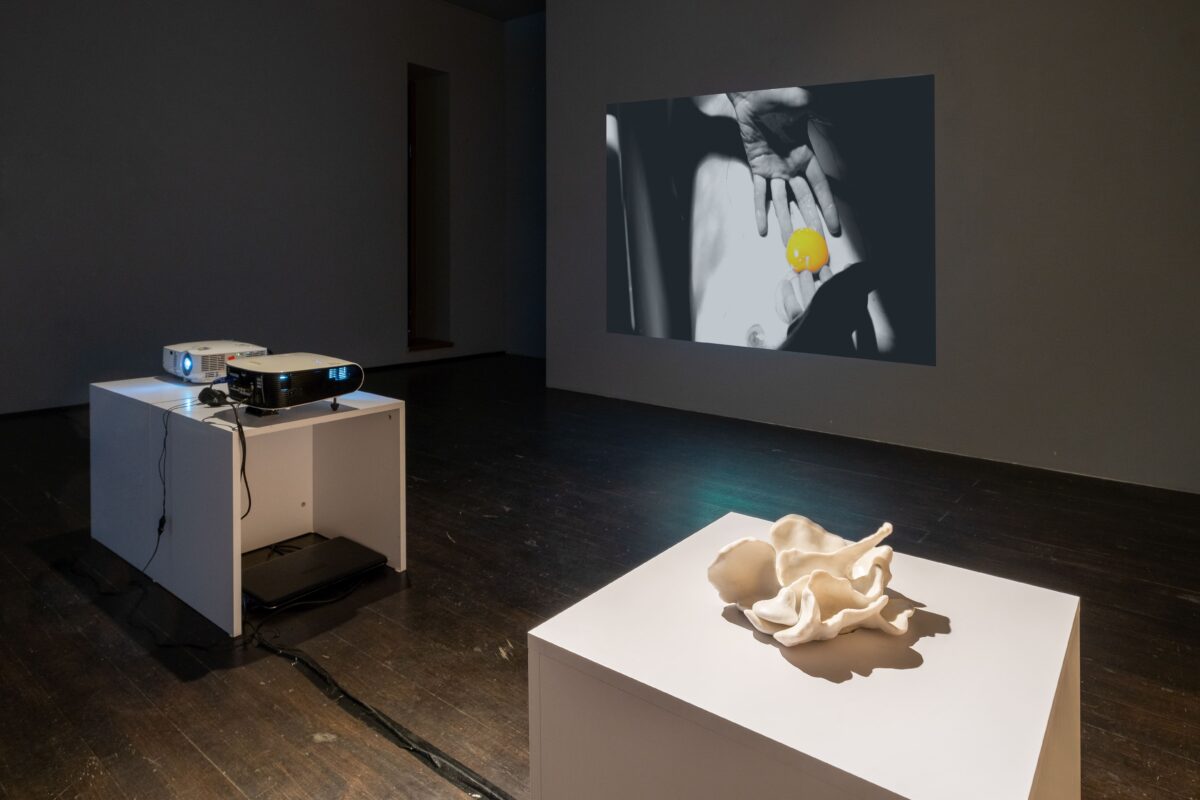 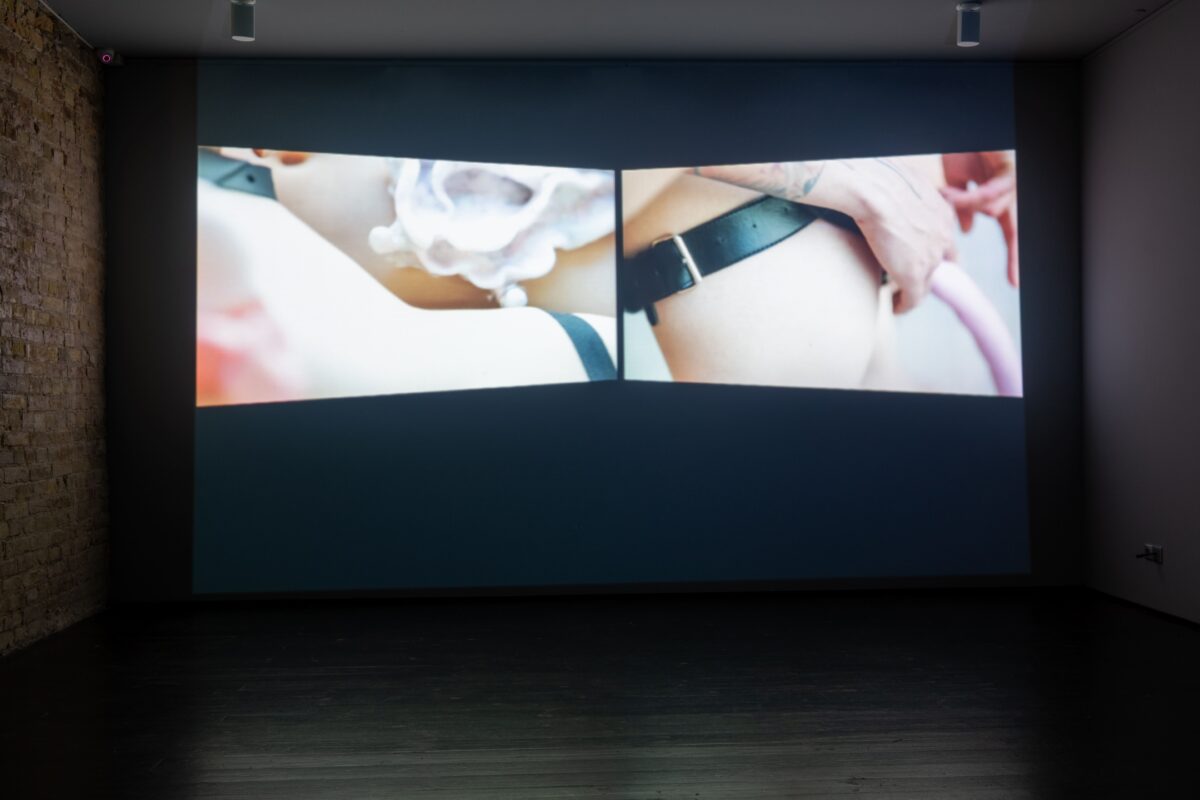 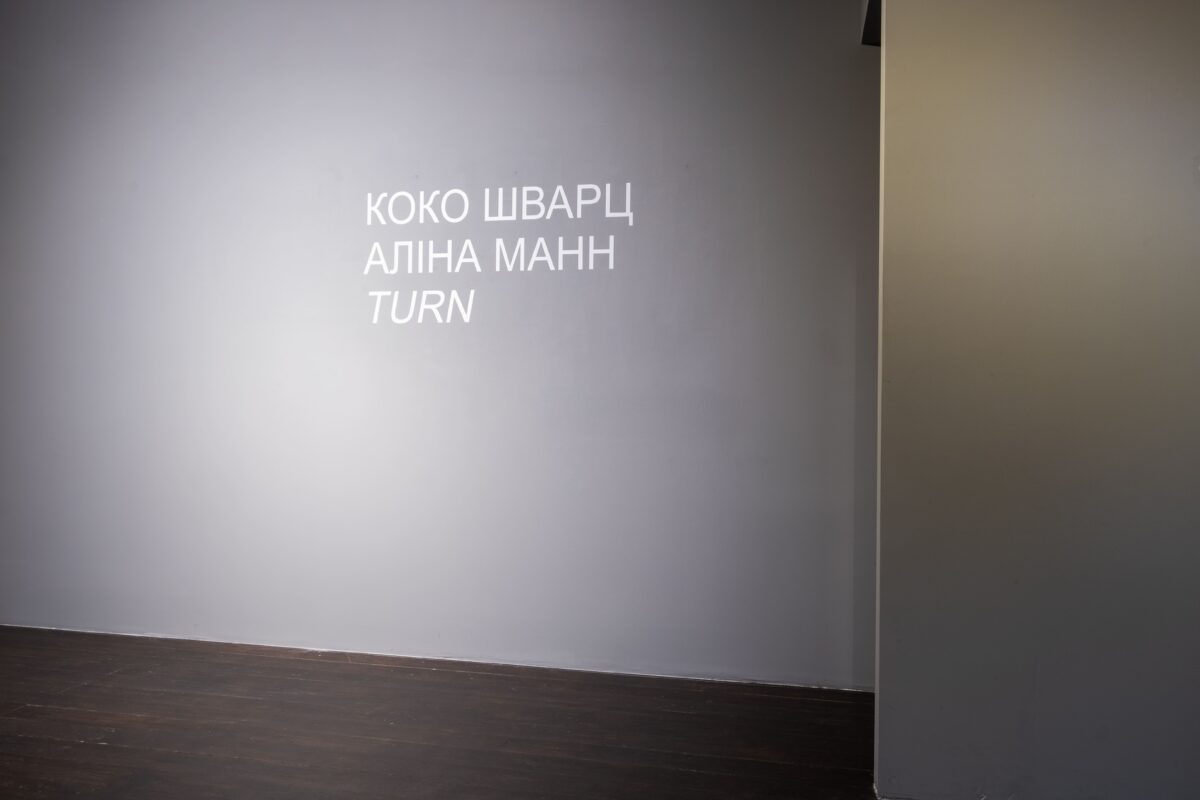 The “Turn” project by Coco Schwartz and Alina Mann provides a new perspective on corporeality and interaction between individuals. Their exhibition is a holistic statement in which artists explore the metamorphoses of the body, and also address the theme of the unity of man and nature. Their works represent an alternative for the heteronormativity in society and attempts to present a different corporeality and propose other sexuality.

Coco Schwarz & Alina Mann are visual artists based in Zurich/Switzerland who started to collaborate together in 2016. They like to challenge the conceptions of gender identity, sexuality and taboos. As a medium they use video, sculptures and sound. Their artworks have been shown in selected festivals and exhibitions in Europe, America and Asia. “Turn” is their first solo exhibition.

The sensual and contemplative video “Extension of bodies” plays with an imagination where blending borders between bodies and sculptures shows a diversity of non-stereotype genders. Artists examine the concept of androgyny, the figurative history of which originates in ancient mythology. The silicone sculpture presented at the exposition, similar to those featured in the video, captures the variation of the body in solid form. With sound, this peculiar part of the body comes to life, demonstrating the appearance of fluid body of a possible future.

The video “you me it” refers to graphic aesthetics. Through inversion and overlay techniques, amalgamed bodies appear on the screen and question genders. The “Eggism” video was inspired by the work of the philosopher and writer Georges Bataille, whose heroes go beyond the usual limits, discovering the sensual possibilities of their own bodies. Just like in the writer’s “Eye Story”, in this video the egg and the play with the egg has a key role.

Alina Mann is the pseudonym for the artist Alina Kopytsa, who was a finalist of the 2012 MUHi competition and PinchukArtCentre Prize in 2013 and is currently studying at the University of Zurich.

Coco Schwartz is the pseudonym for a Swiss pianist and composer who writes music for performances, installations, films and ensembles, as well as gives concerts and, in particular, played in New York’s Carnegie Hall.