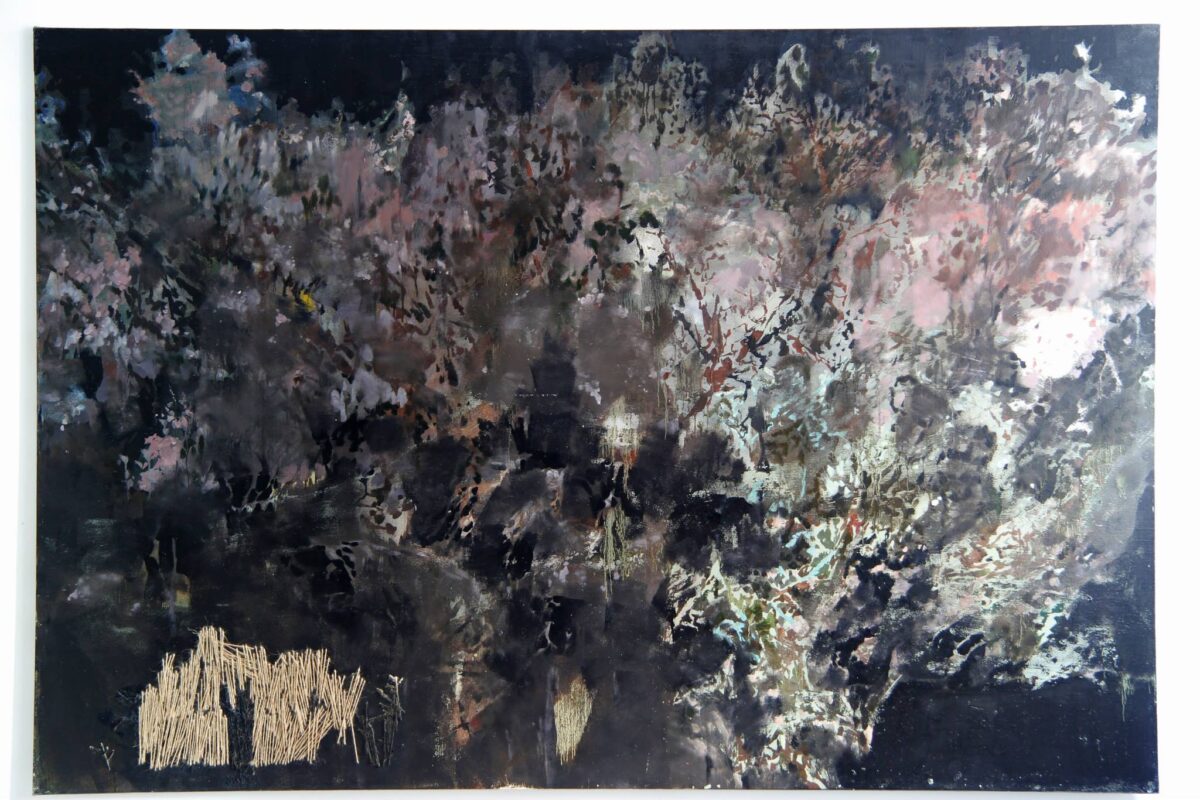 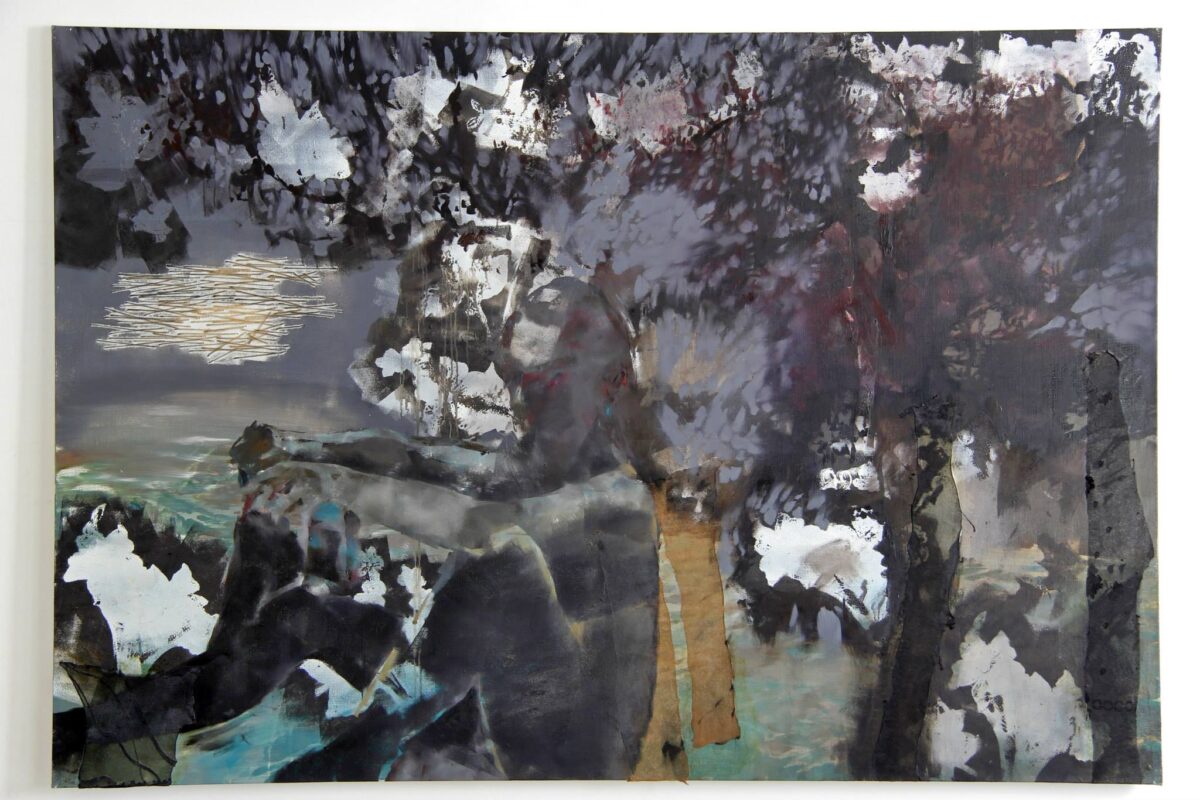 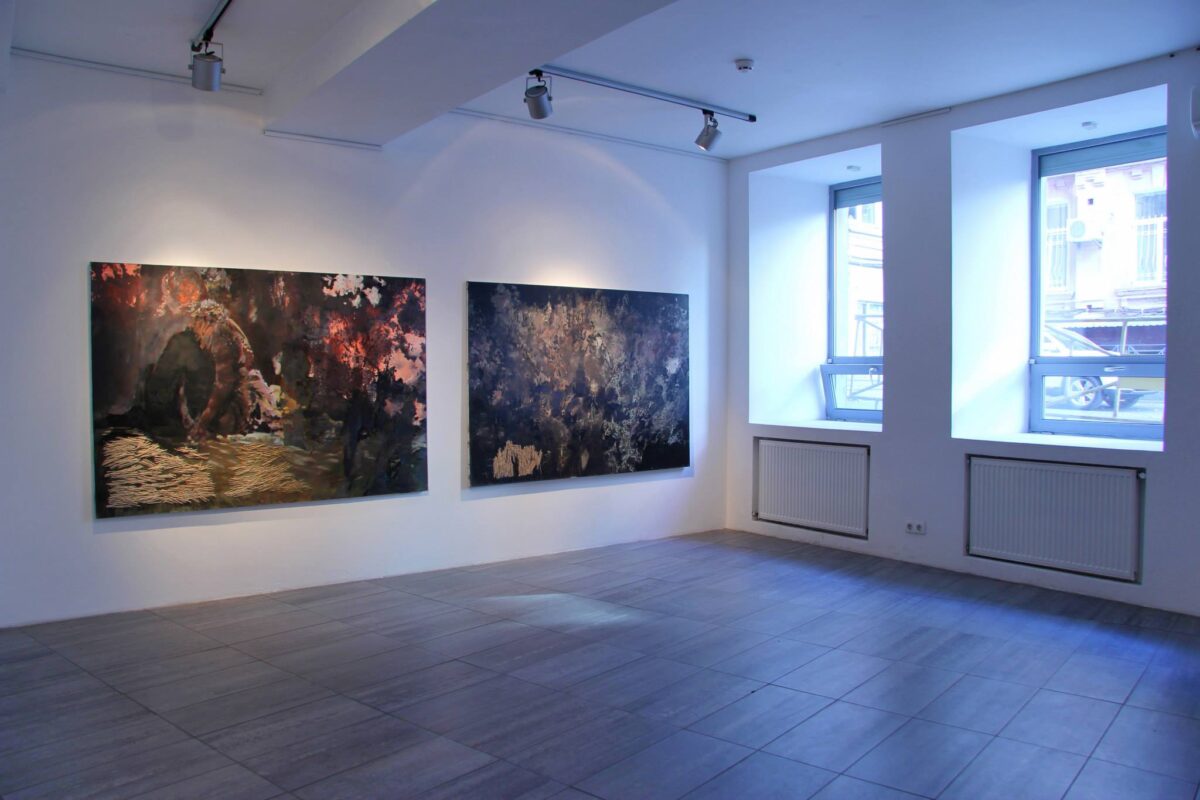 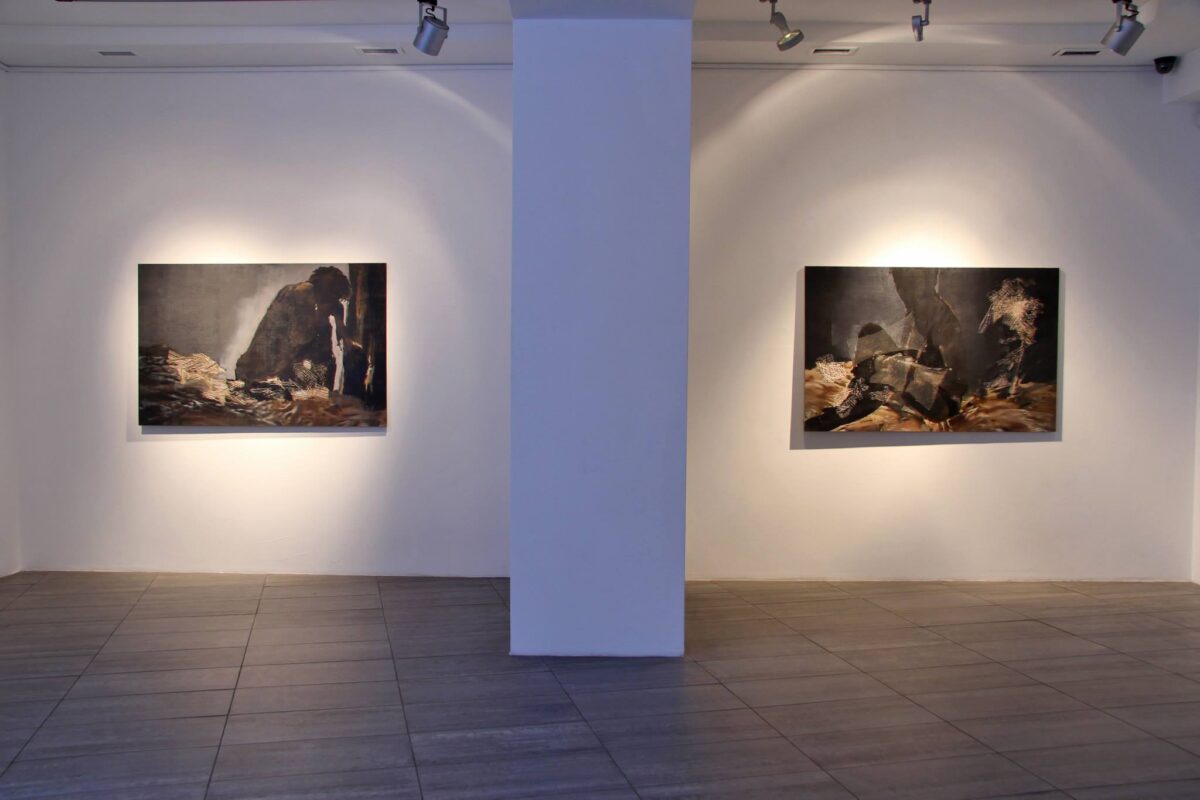 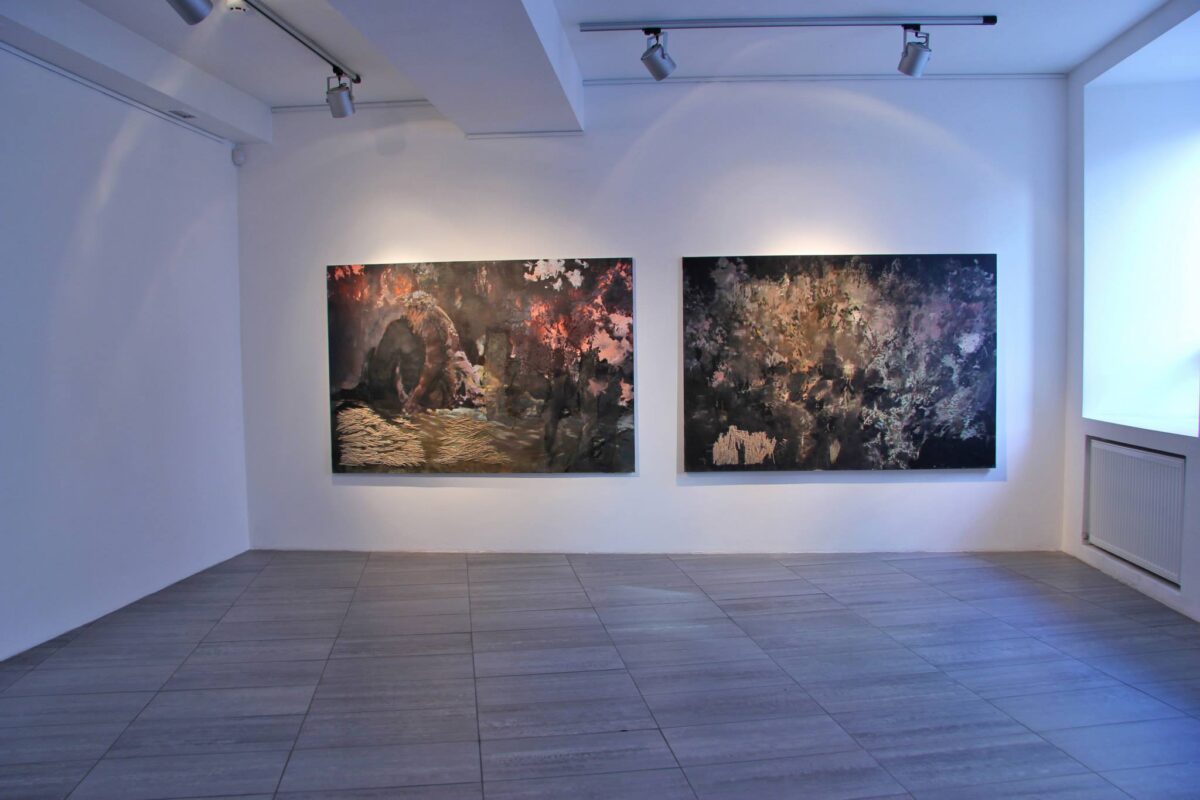 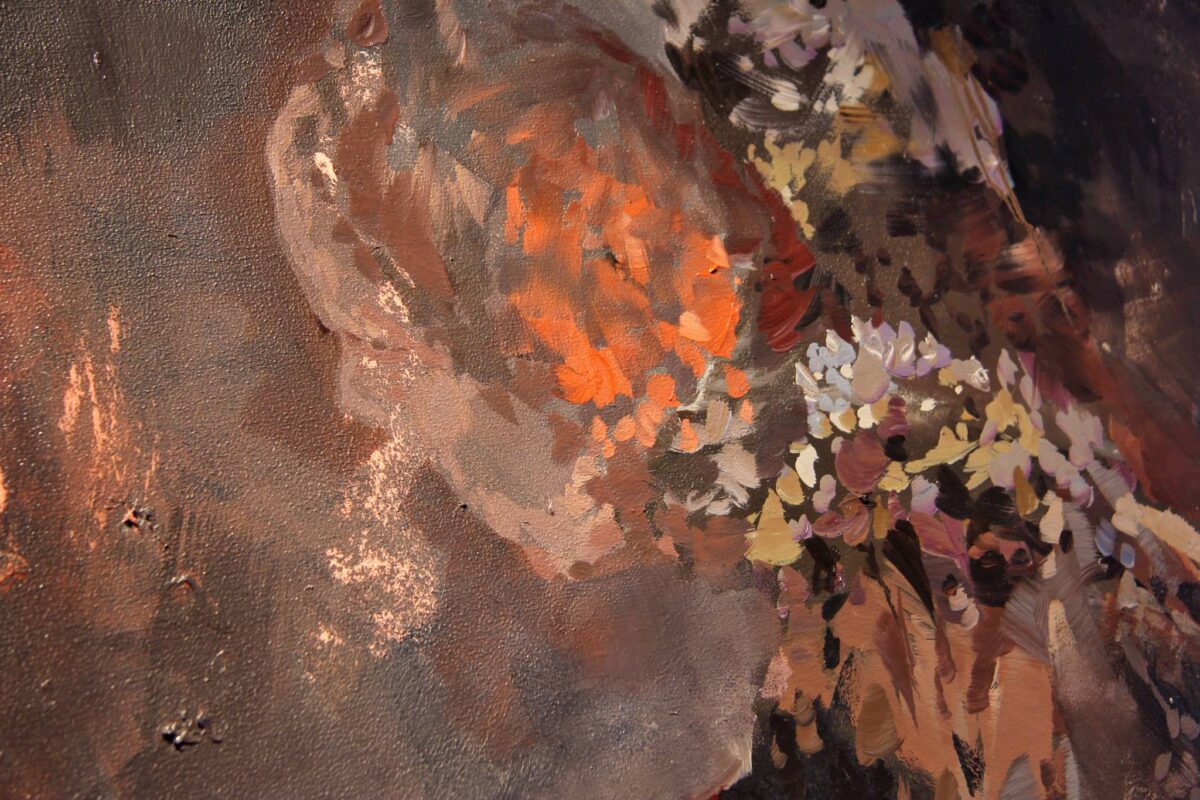 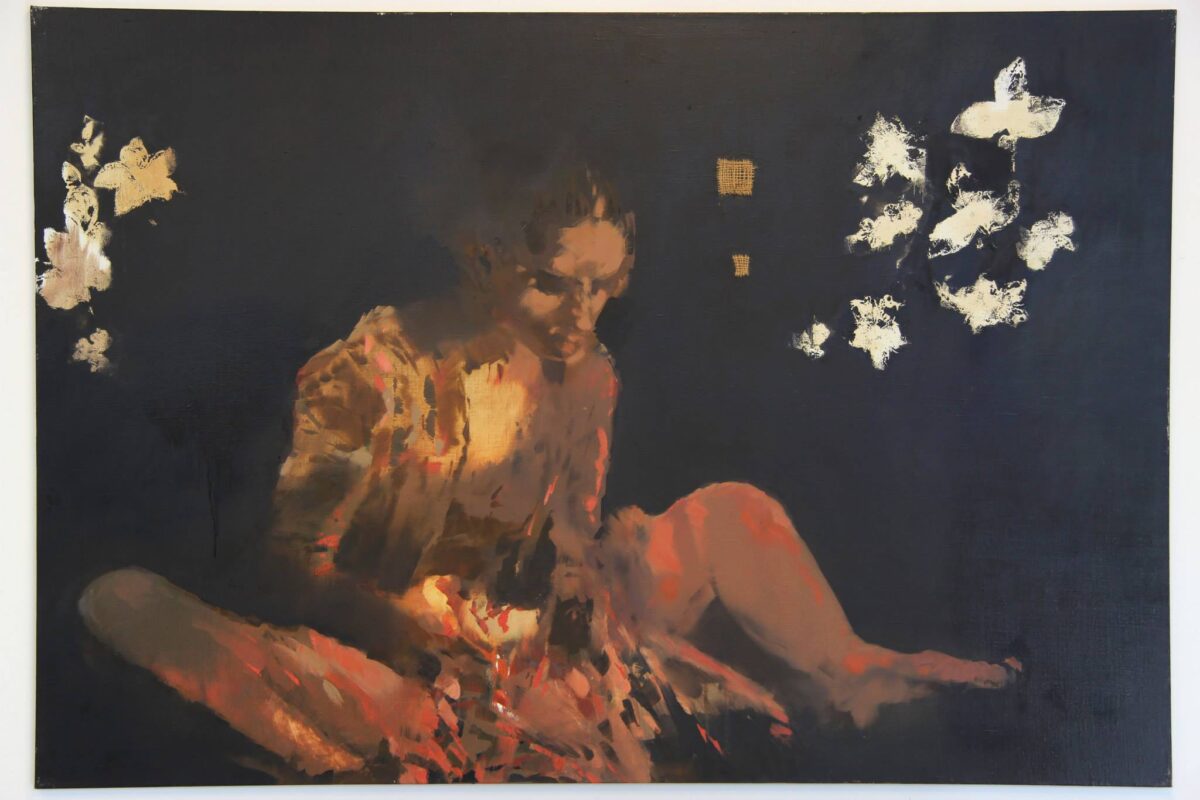 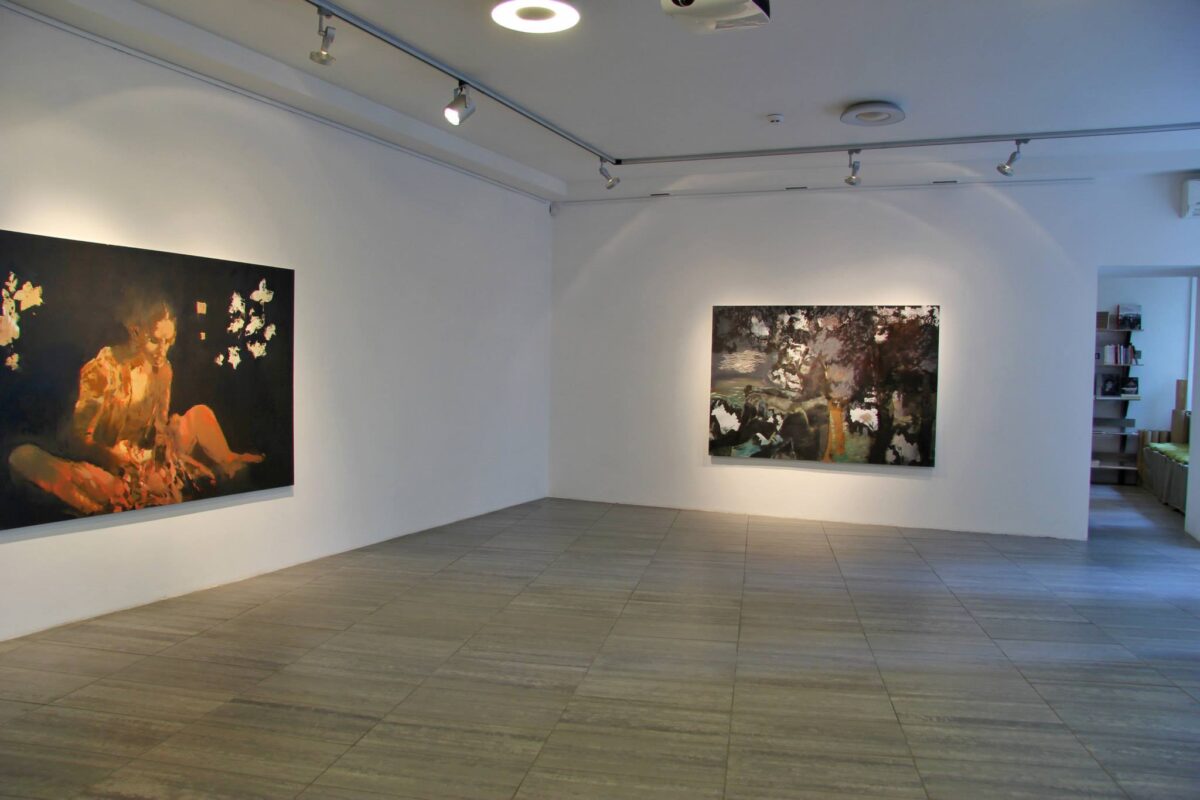 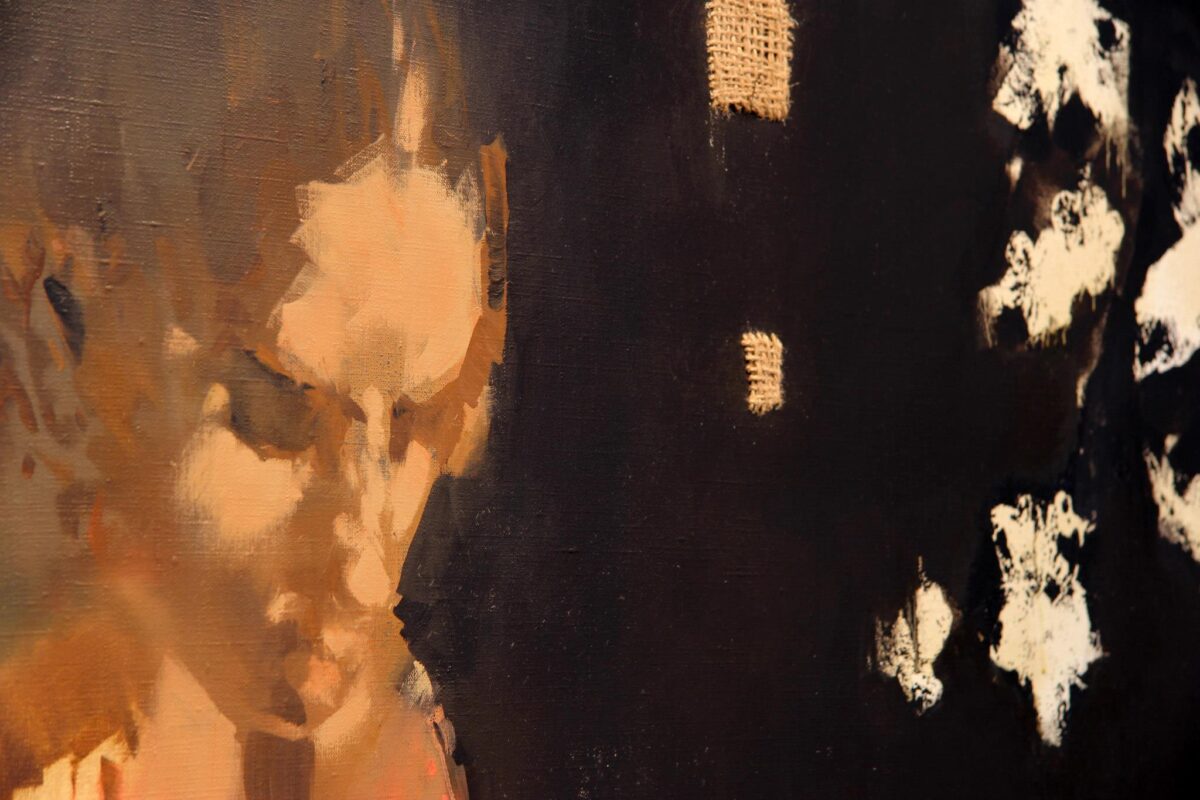 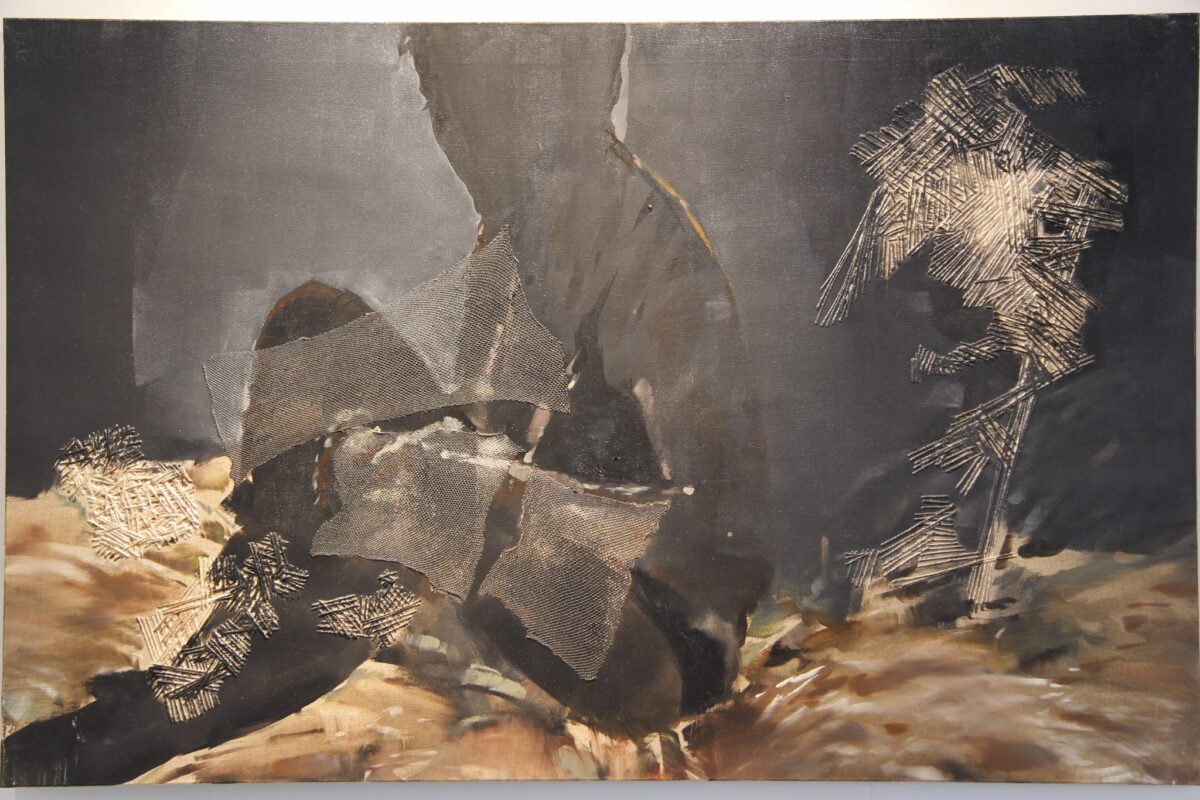 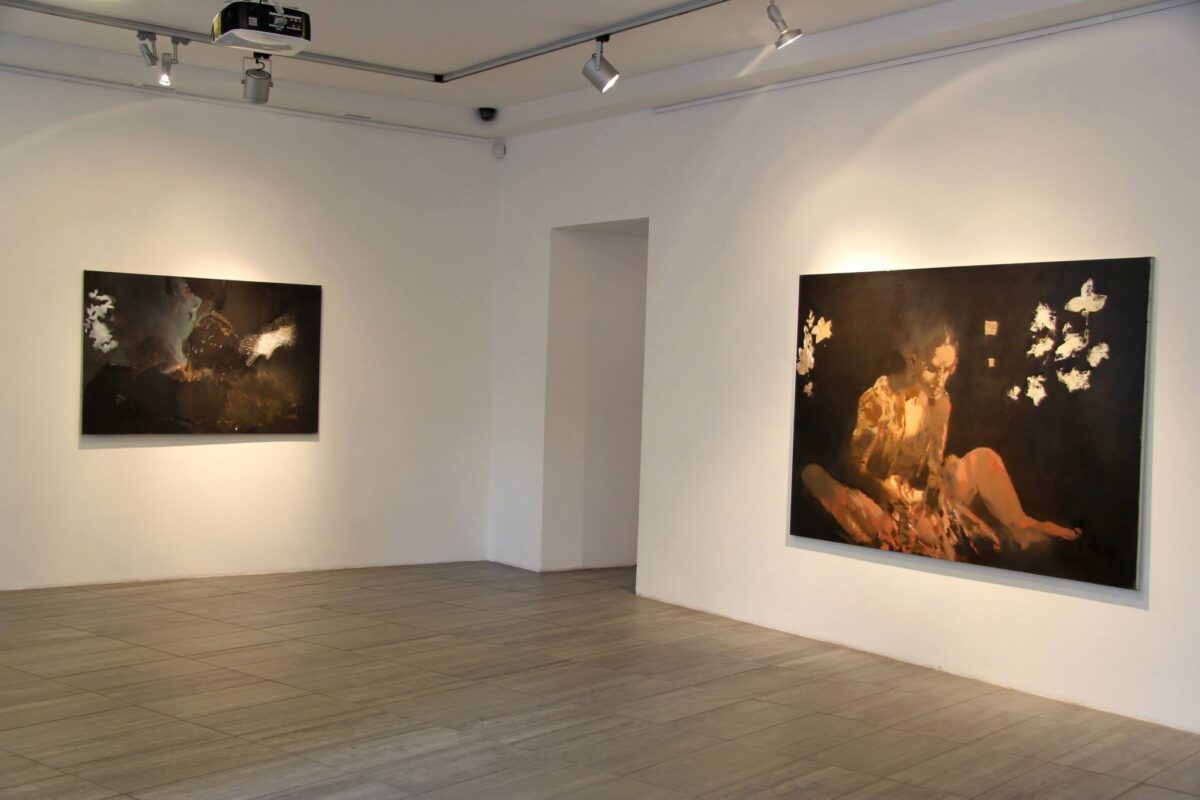 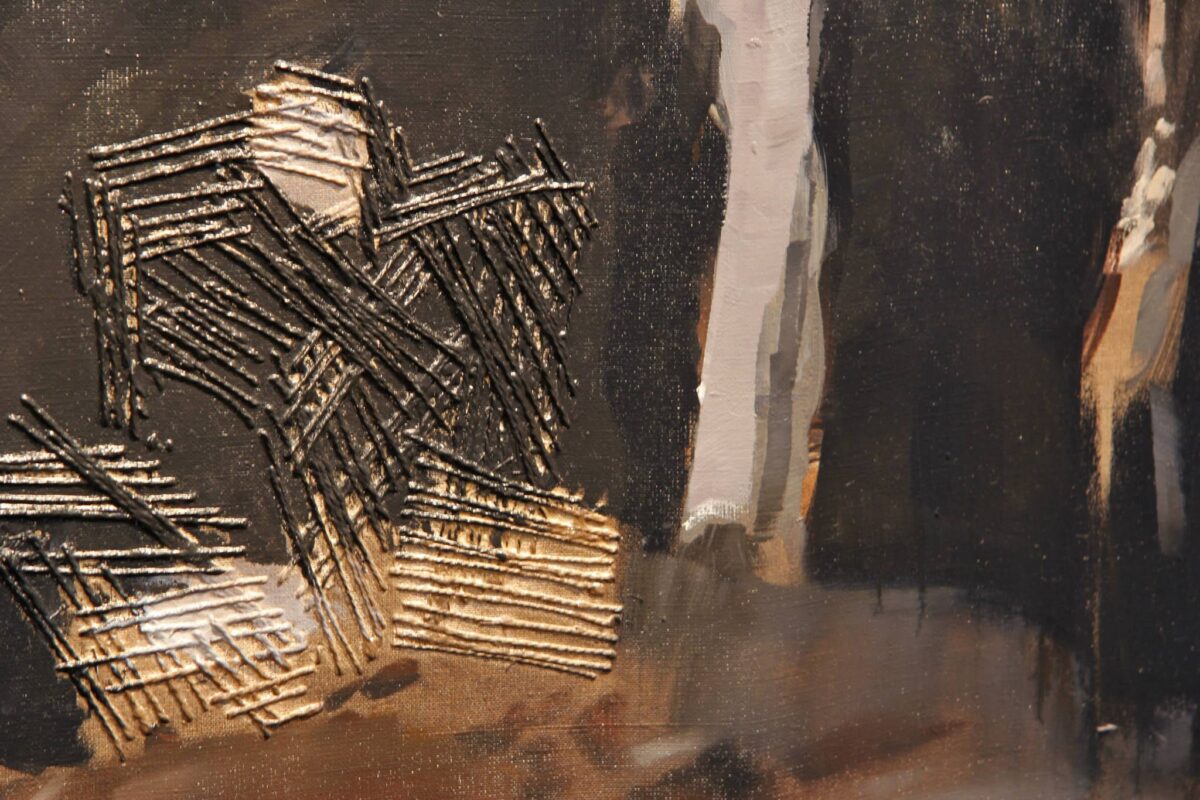 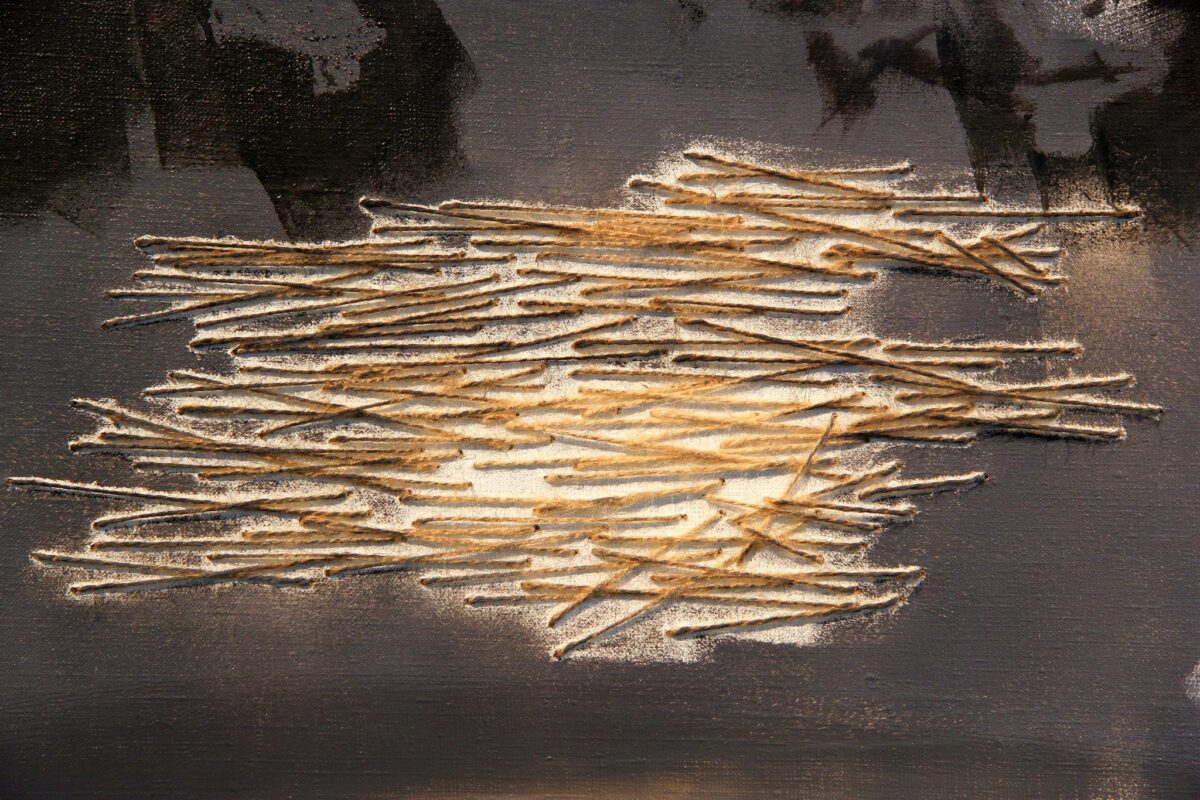 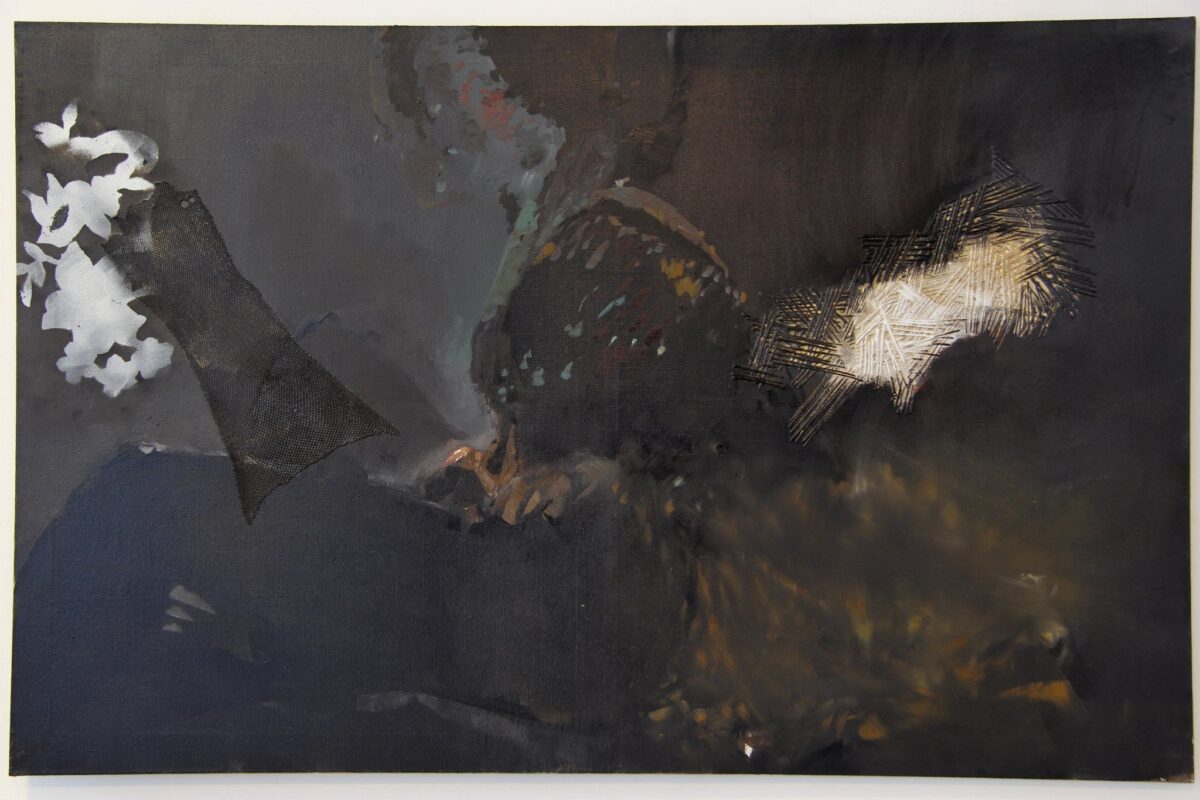 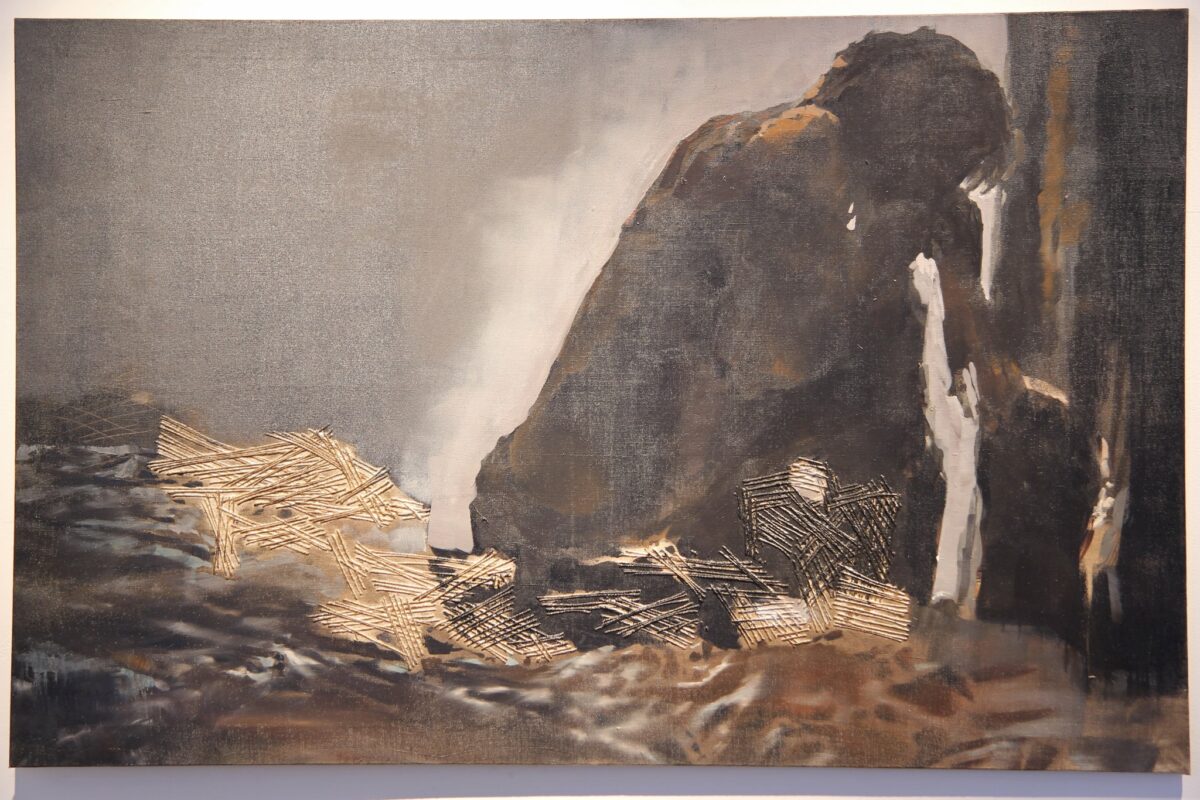 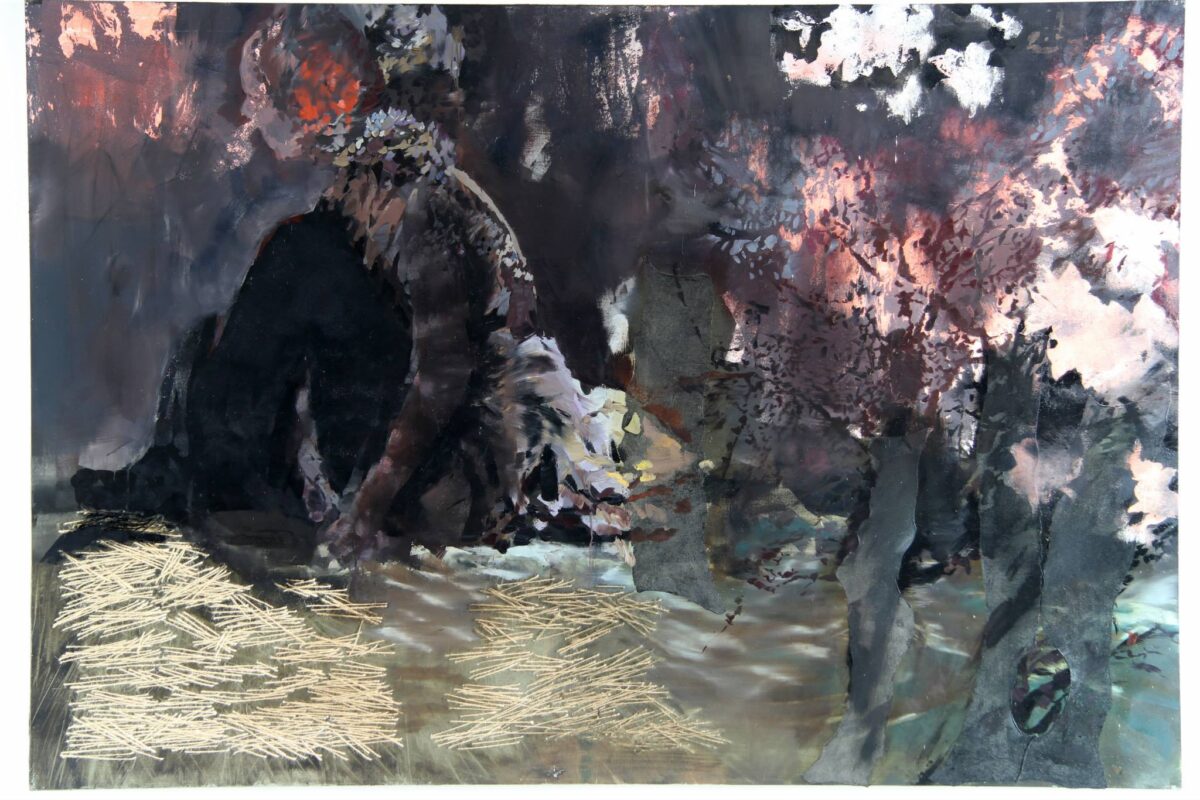 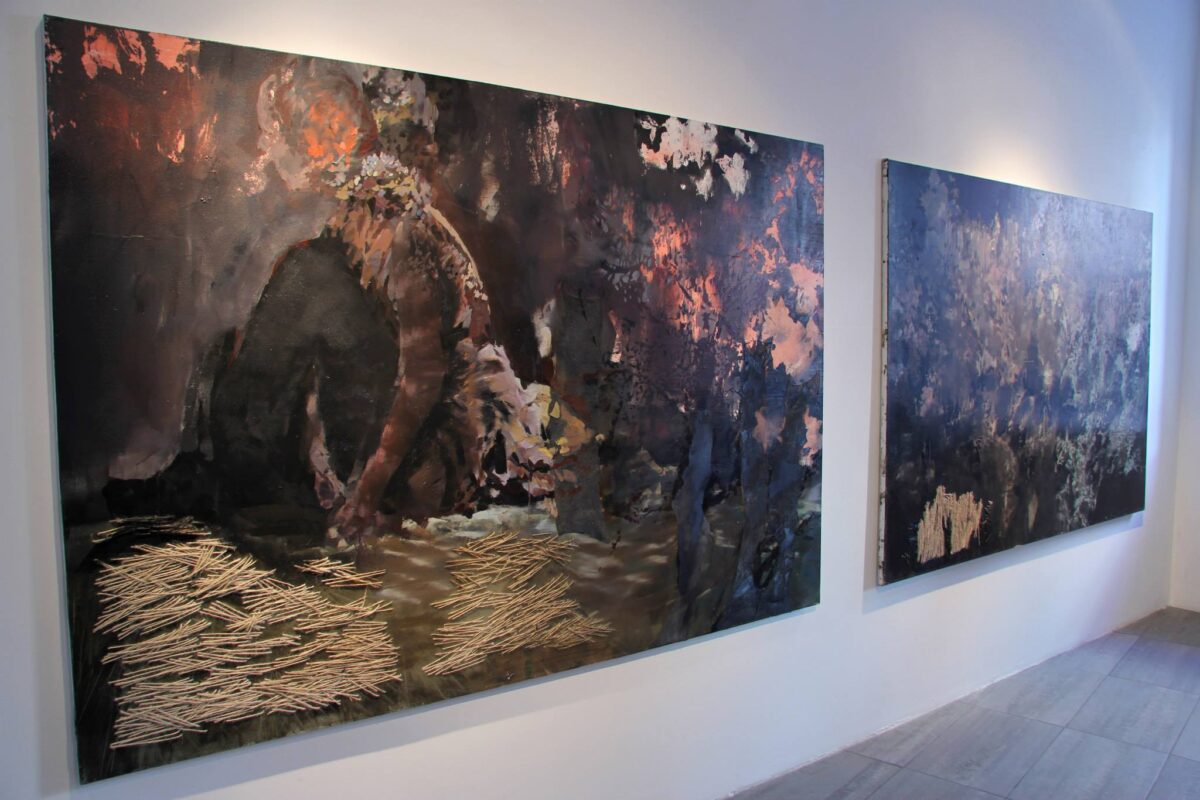 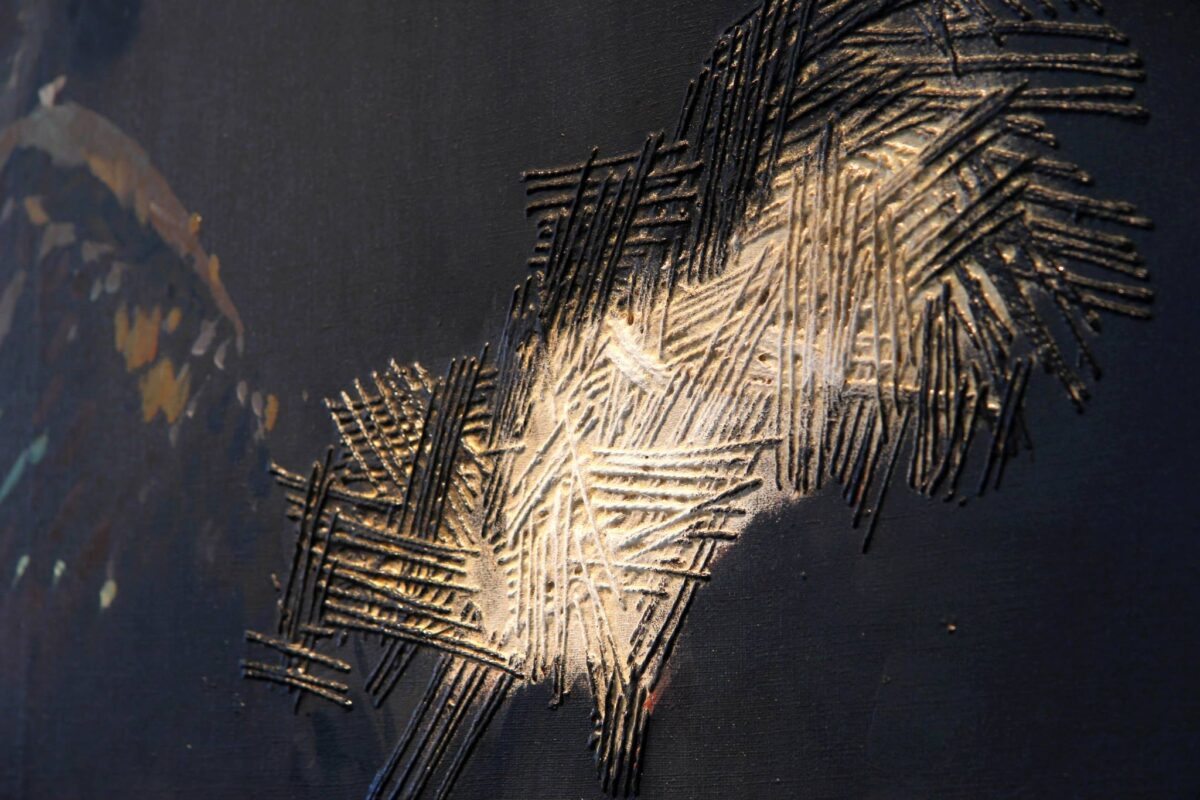 Alina Maksymenko’s new project called “Darning” is a series of paintings created in the technique of collage: darning with coarse thread and fragments of stocking are presented on canvases. Such experimentation with traditional genre is the author’s game with the aesthetic experience of the viewer, similar to the experience of perception of poetry.

The name of this project is poetic somehow: it is not intended to point straight at the essence, but rather to give a “key”, a hint that spreads the way of allusions and associations to the audience. “Darning” refers to the process of creation, recreating of something. To the miraculous birth of the image itself.

The author makes a discovery in the framework of her own project – shows the space open and re-assembled, the space which received another, its own logic. Being “revived”, it mutates, playing with the author and with the audience, offering its own versions of coexistence.