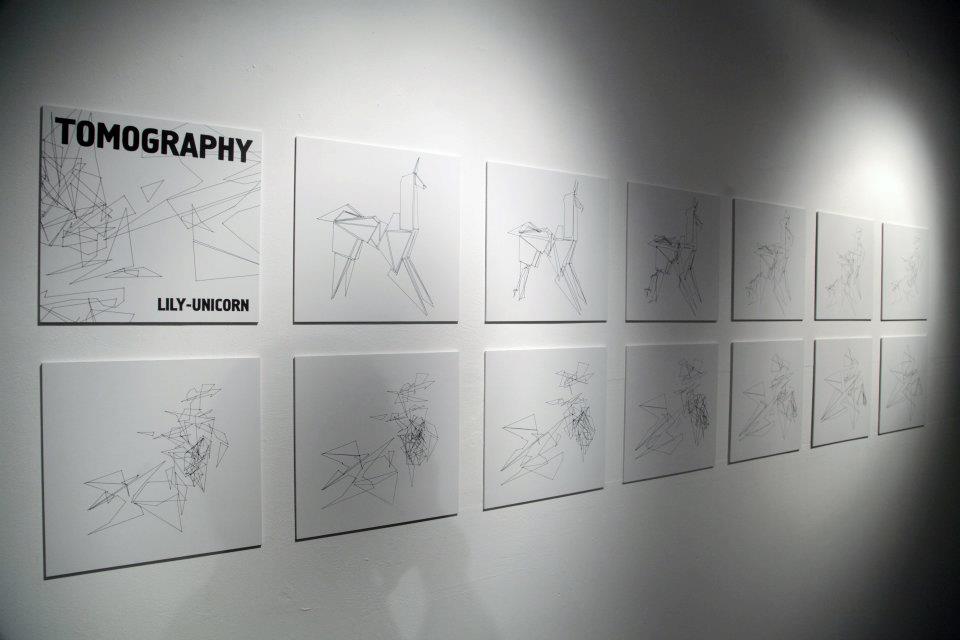 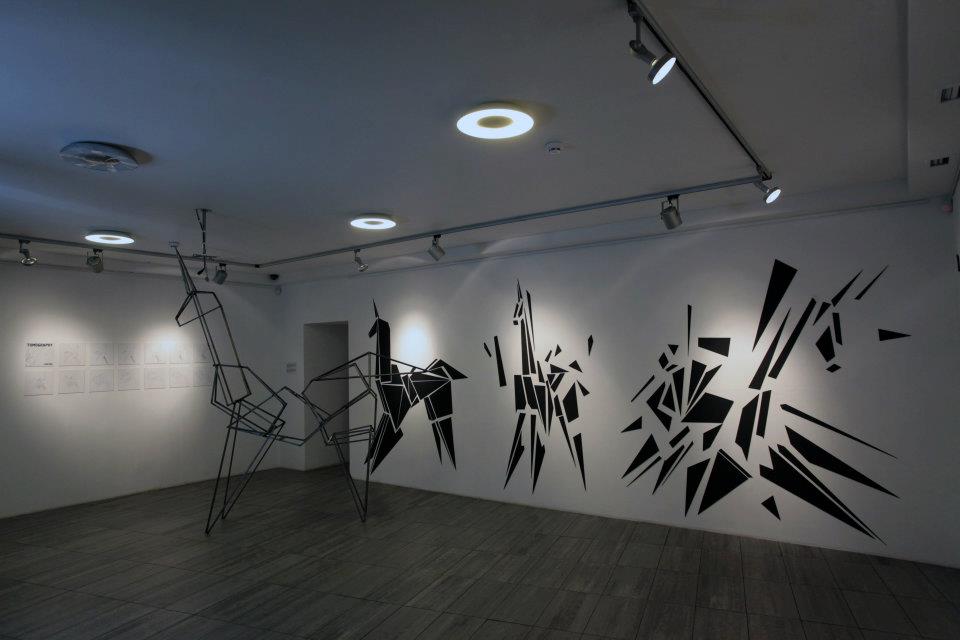 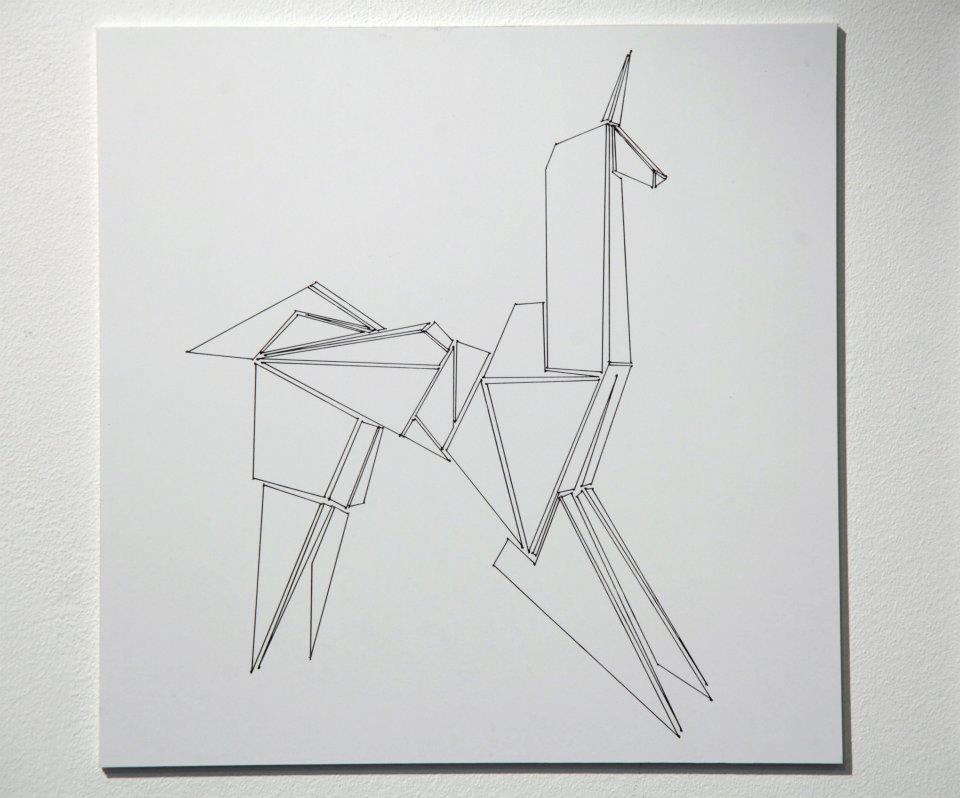 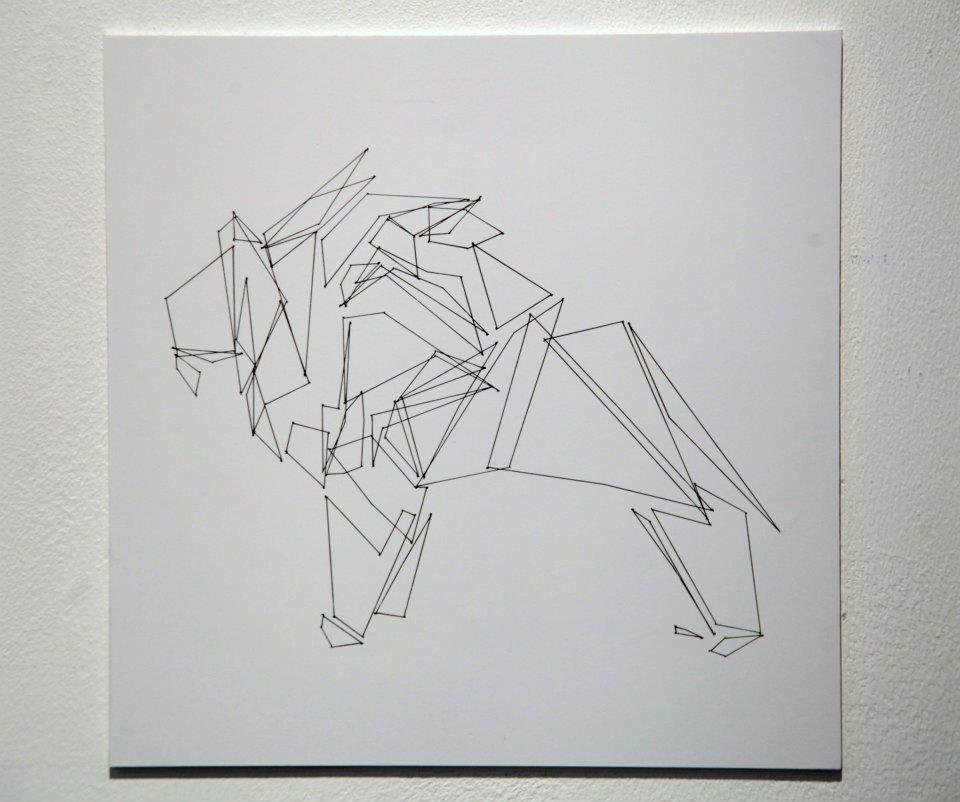 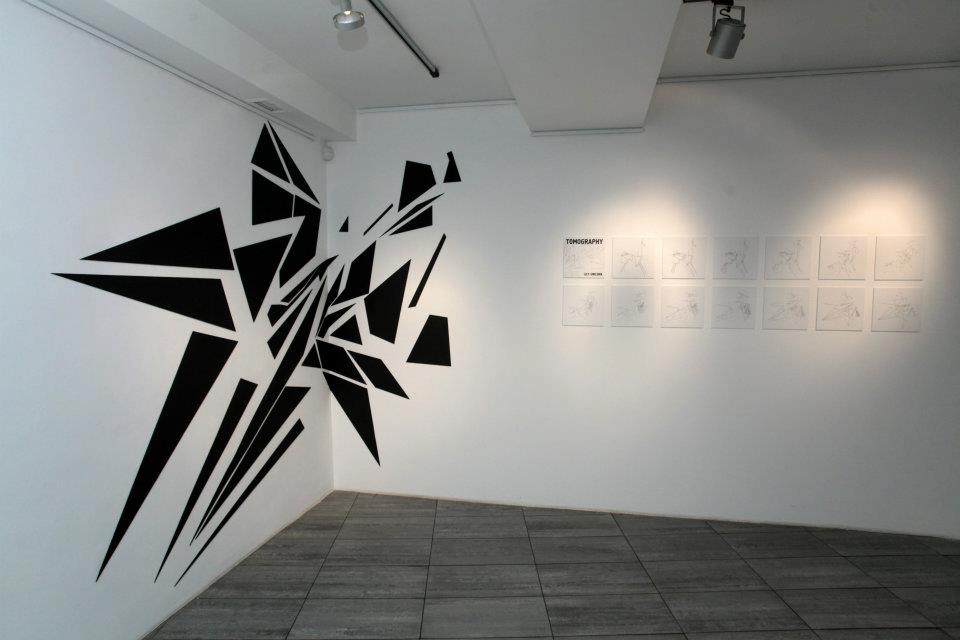 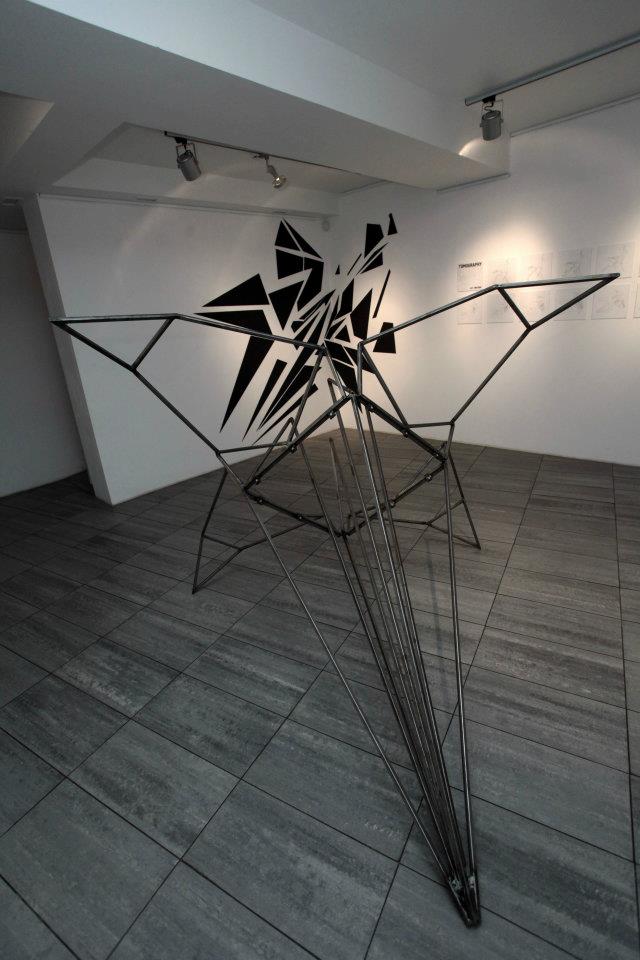 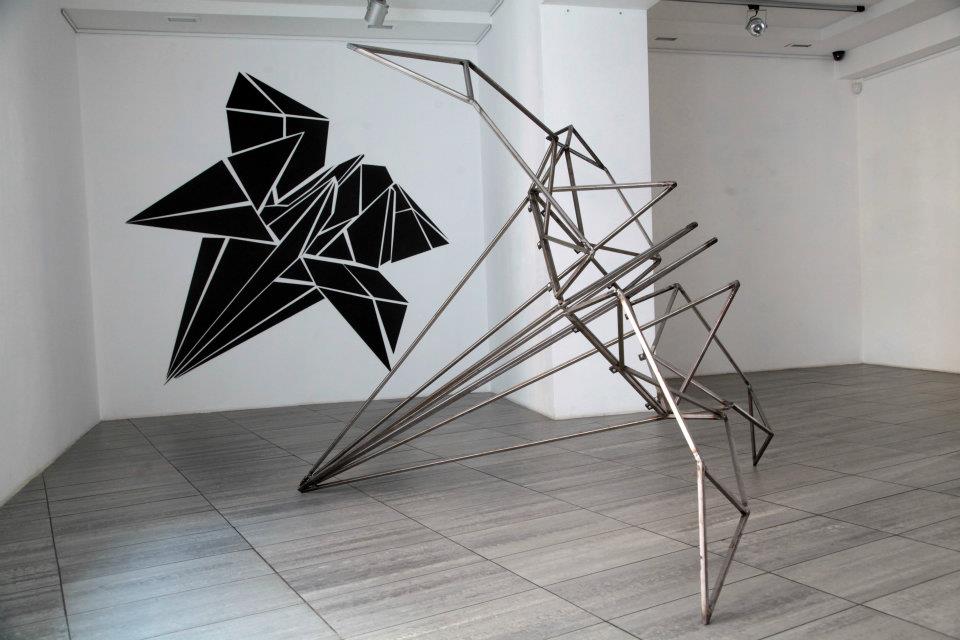 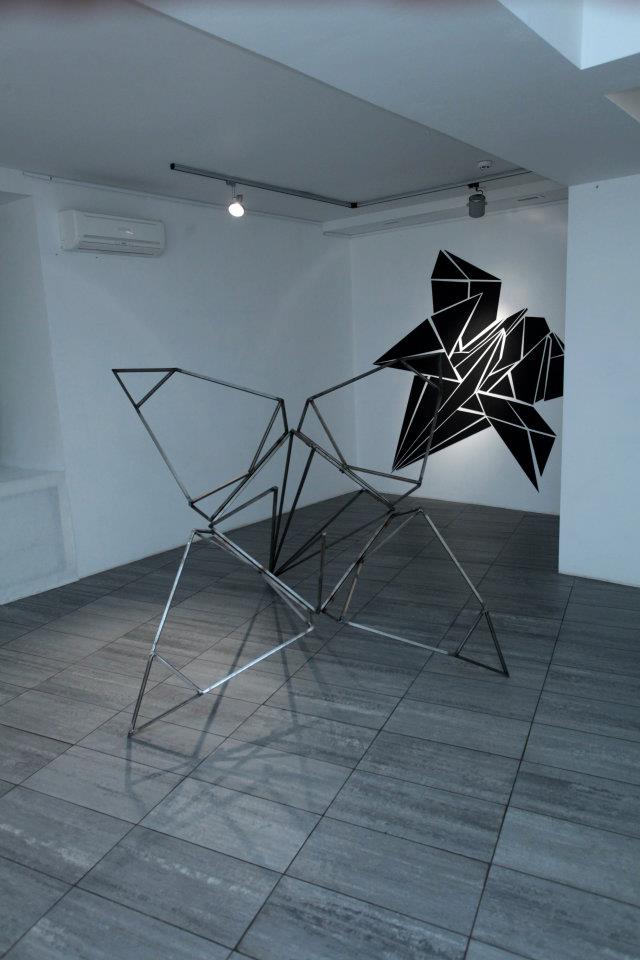 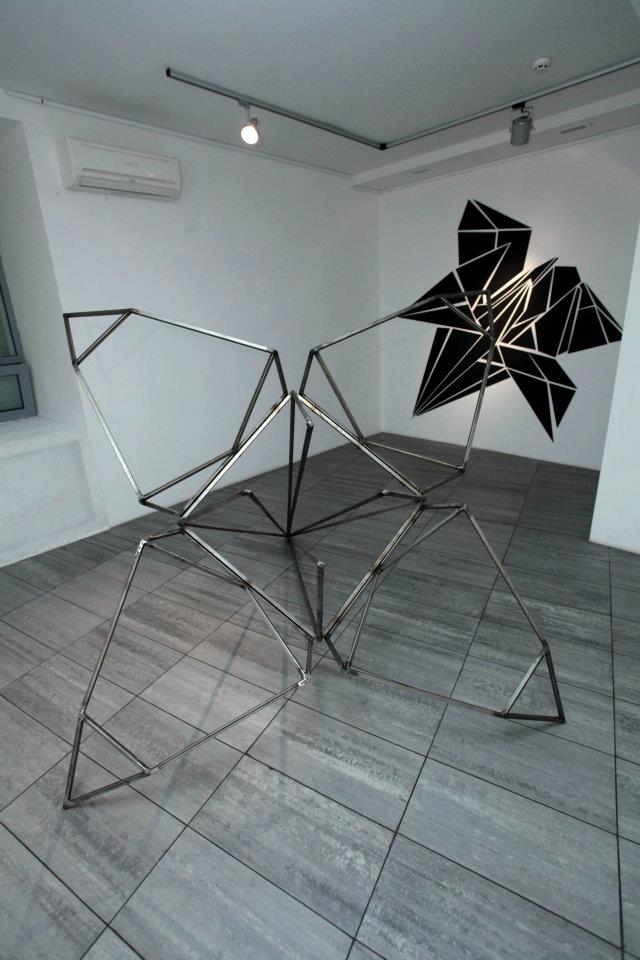 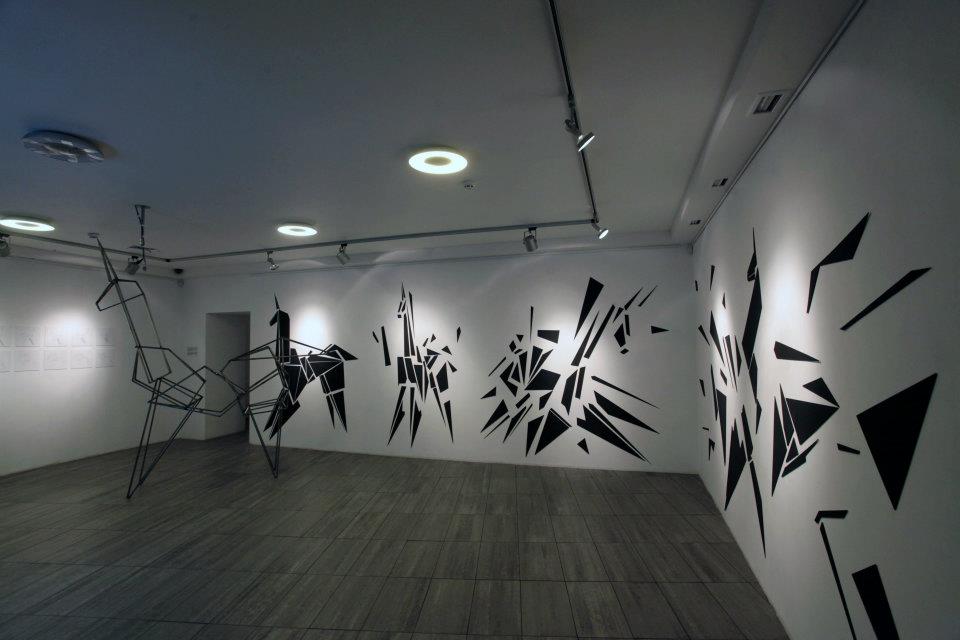 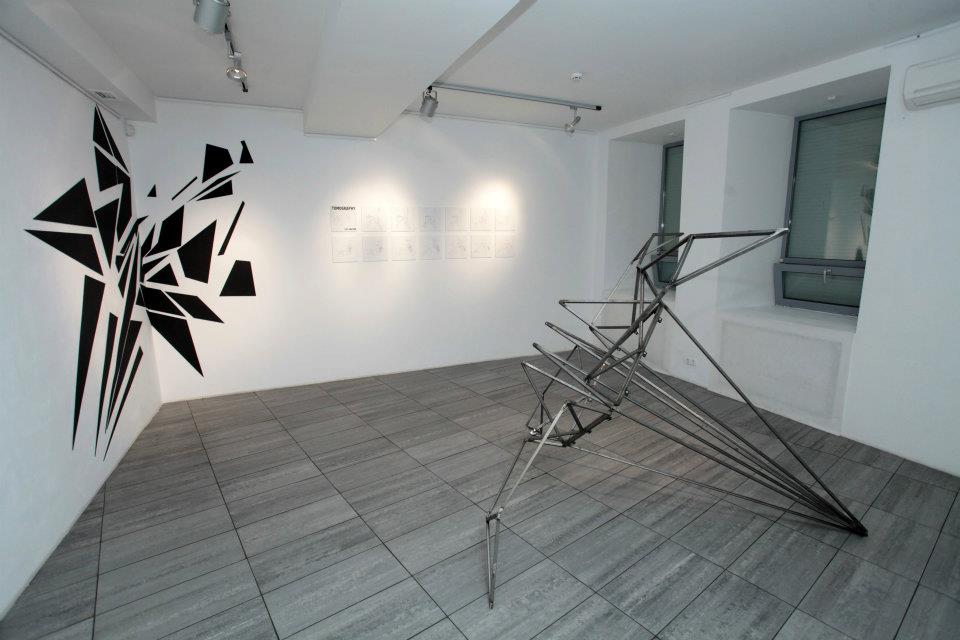 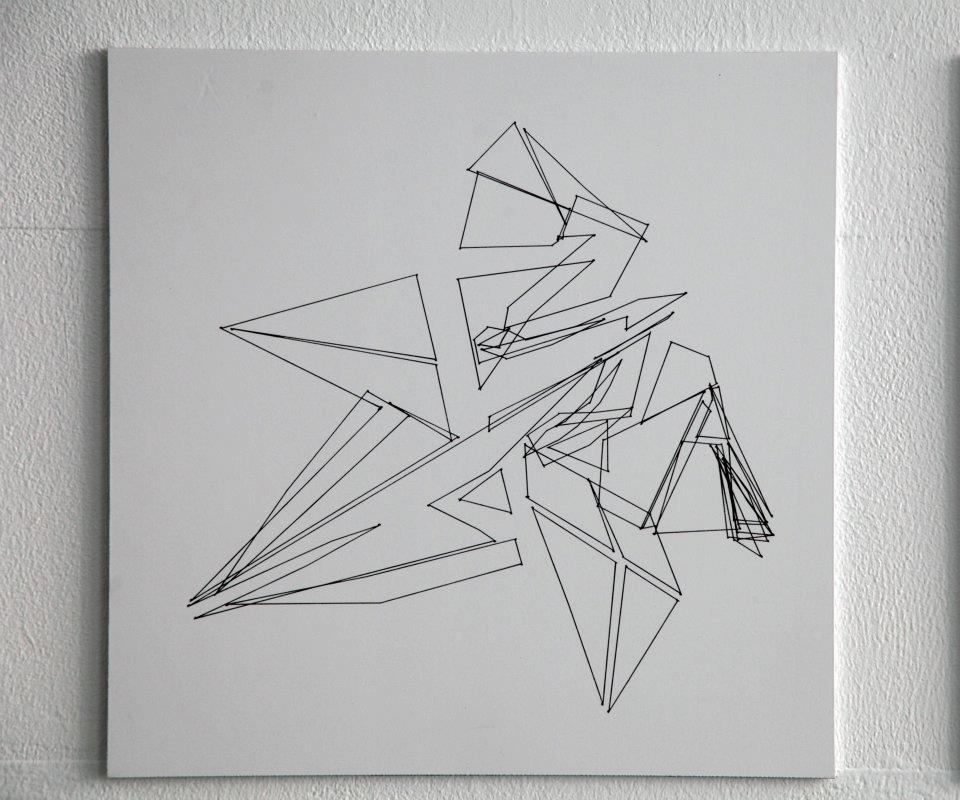 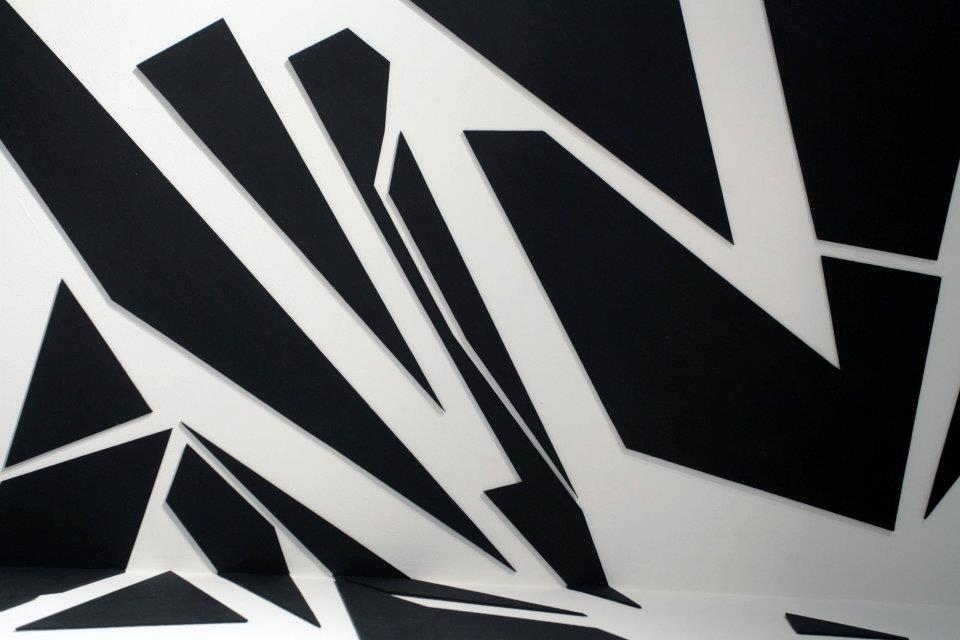 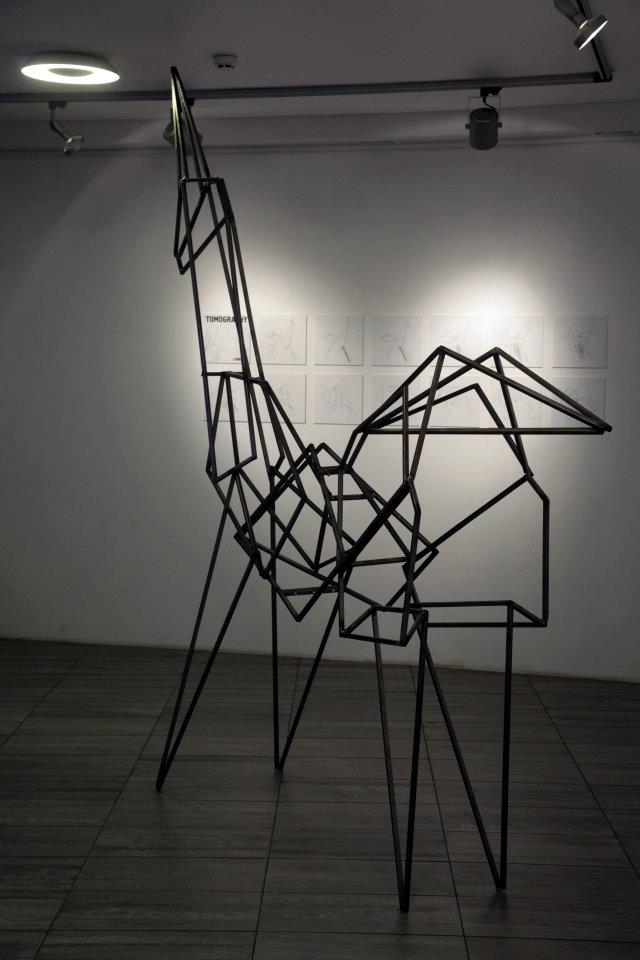 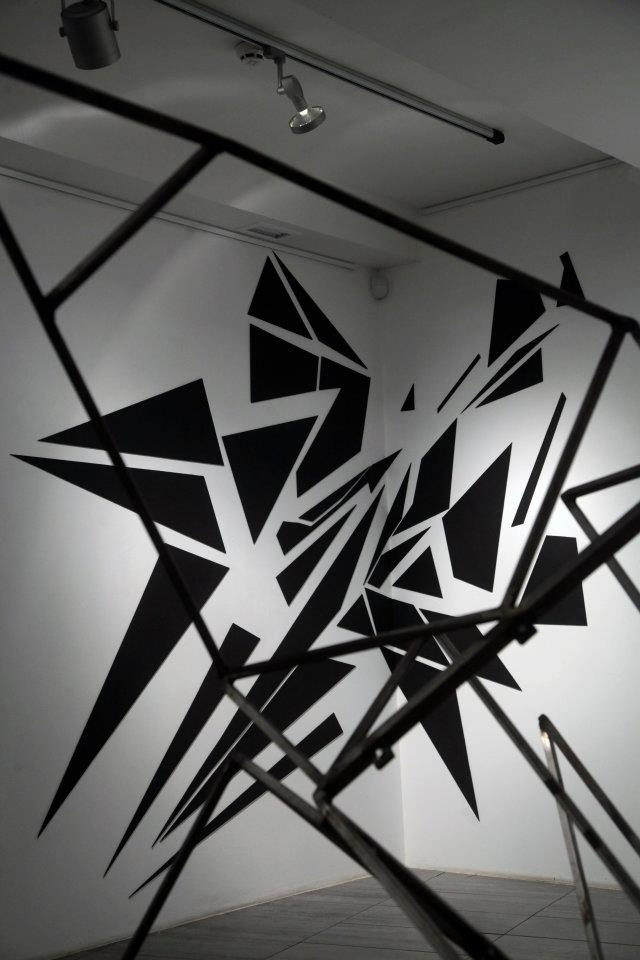 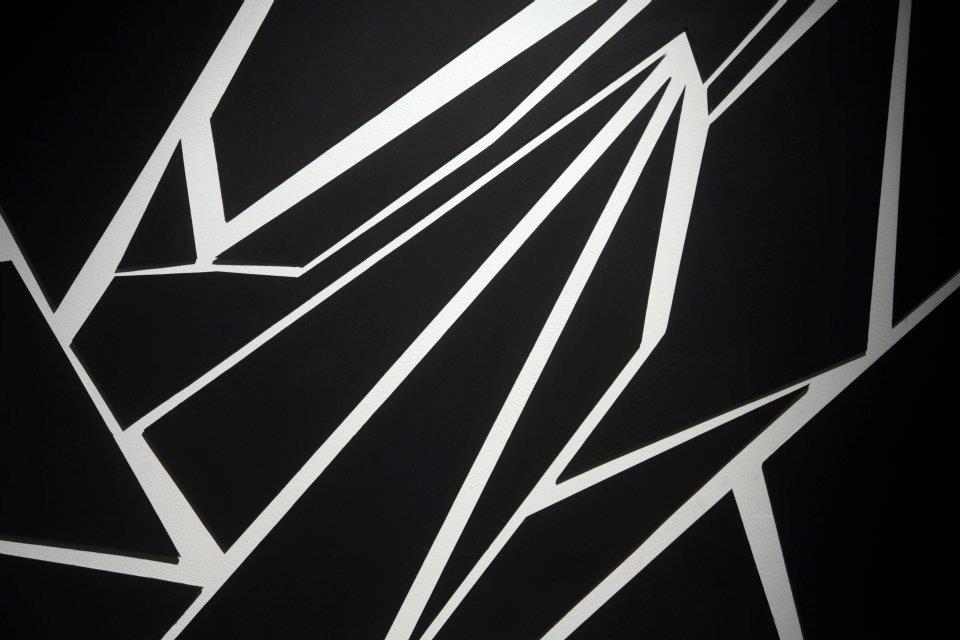 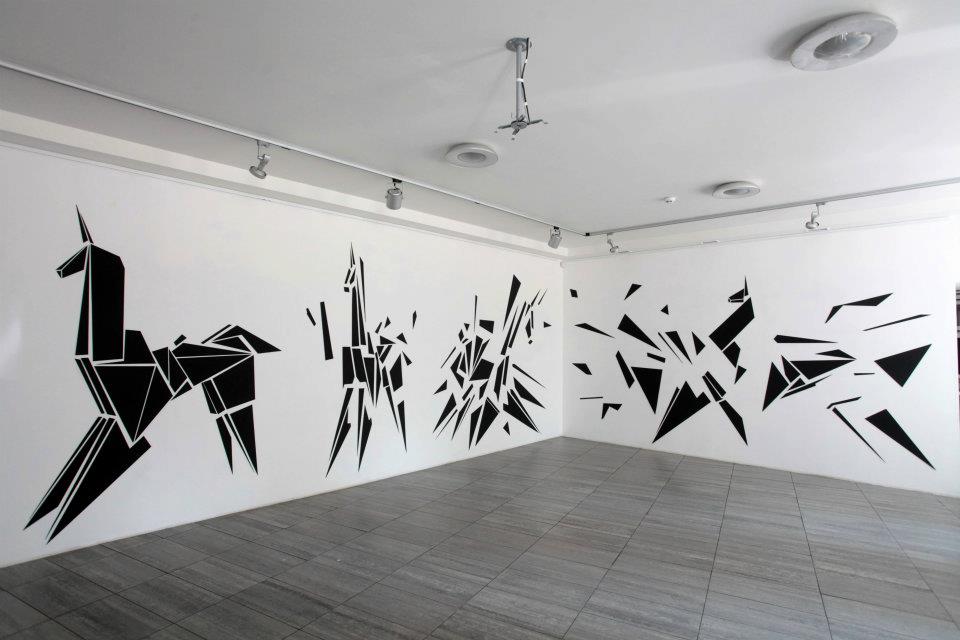 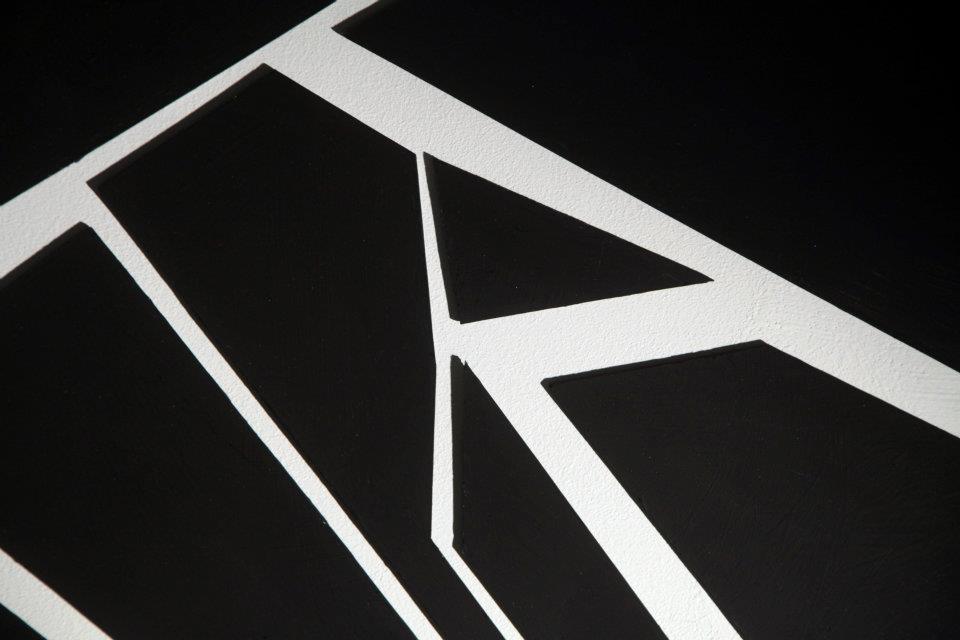 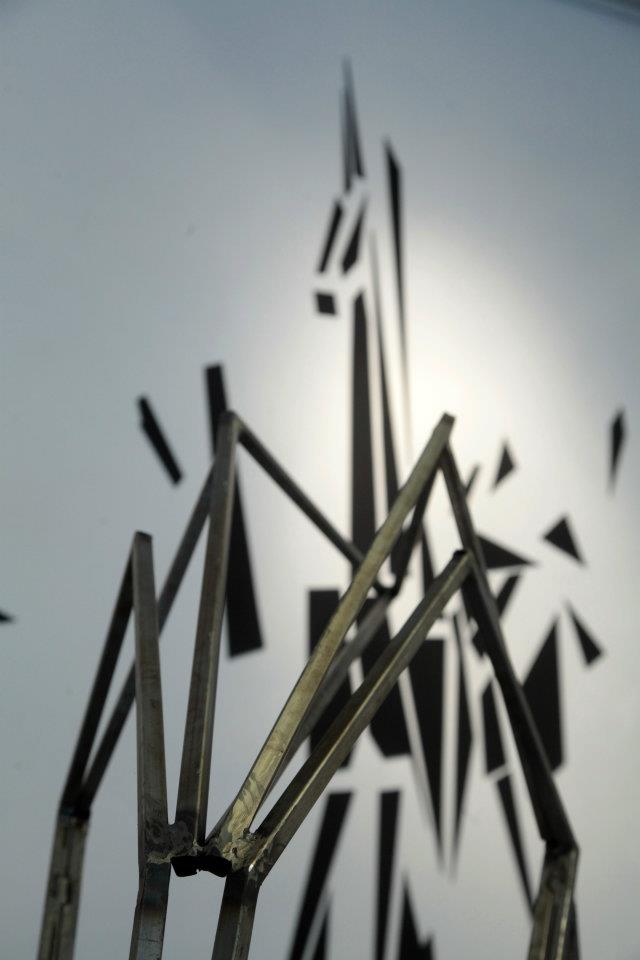 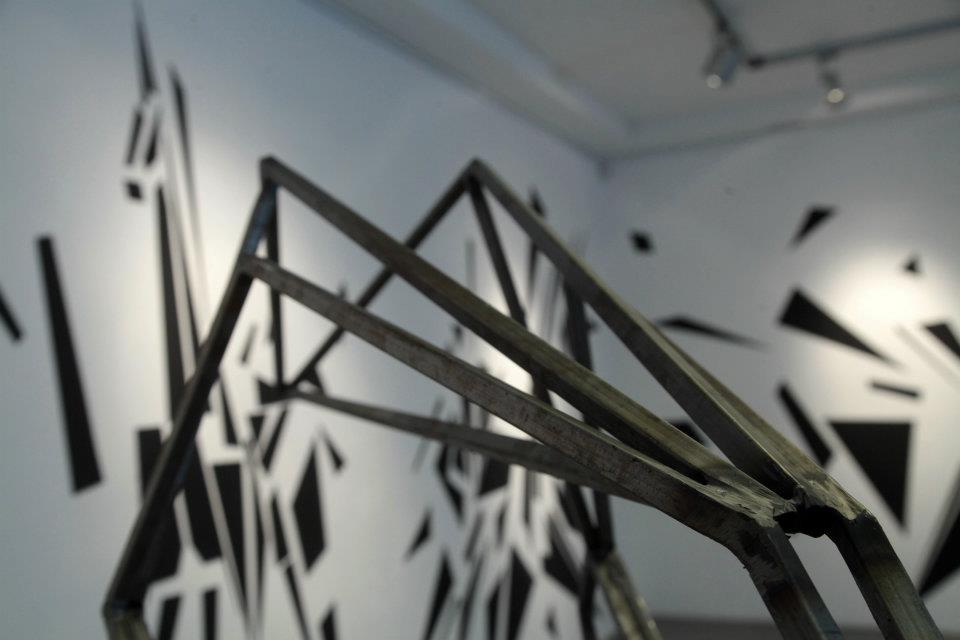 The project “absolutely mythical” consists of two objects, symbolizing the pristine purity and elusive freedom, raises issues regarding material and the spiritual, physical and mental phenomena that appear in several stages of exposure. Mythical characters represented in three-dimensional space of the material world, which is transformed into a two-dimensional plane – space, completely breaks down their original essence. The disappearance of the phenomena, which in reality does not exist, the installation conveys the metaphysical meaning, making their presence is absolutely mythic.

The central part of the exhibition reproduces the story of the four horsemen of the apocalypse, represent the catastrophe and disaster, the previous events, and the second coming of the Last Judgment, but the lack of riders on horses rampant, represents the opposite meaning. Thus, the installation alludes to perishability of the material and spiritual eternity.