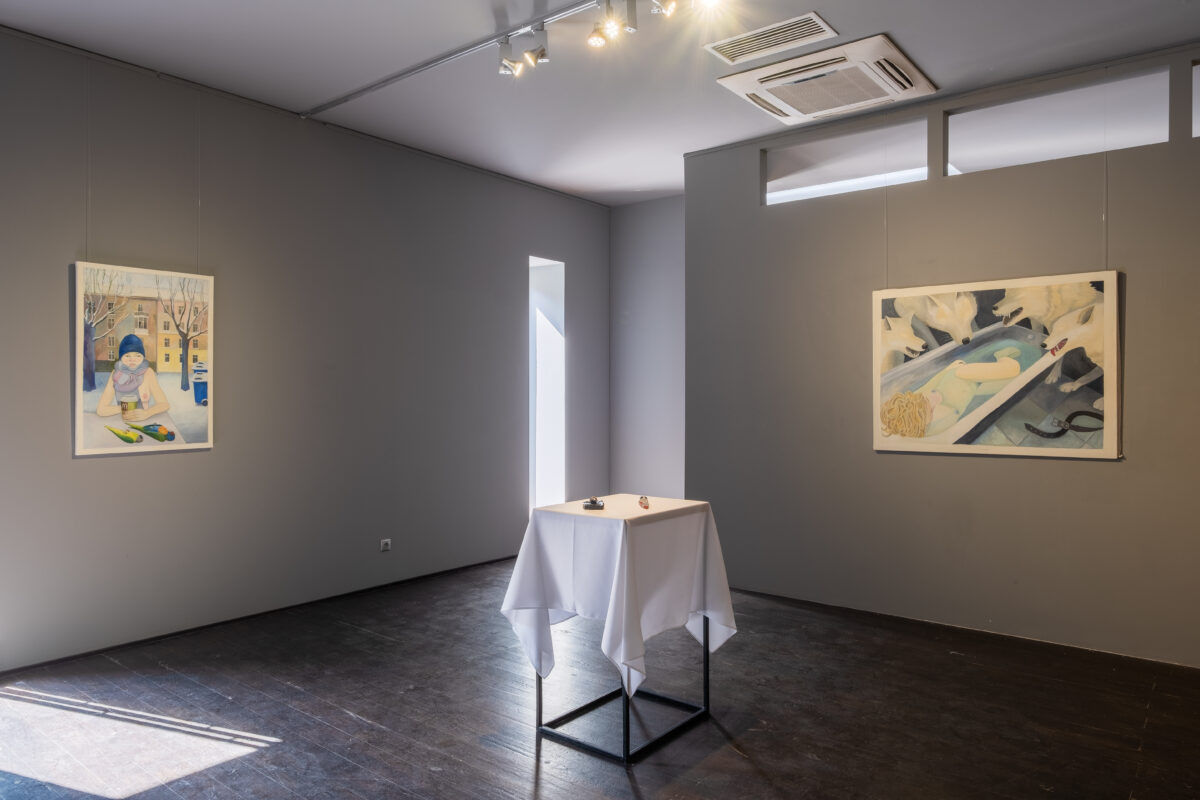 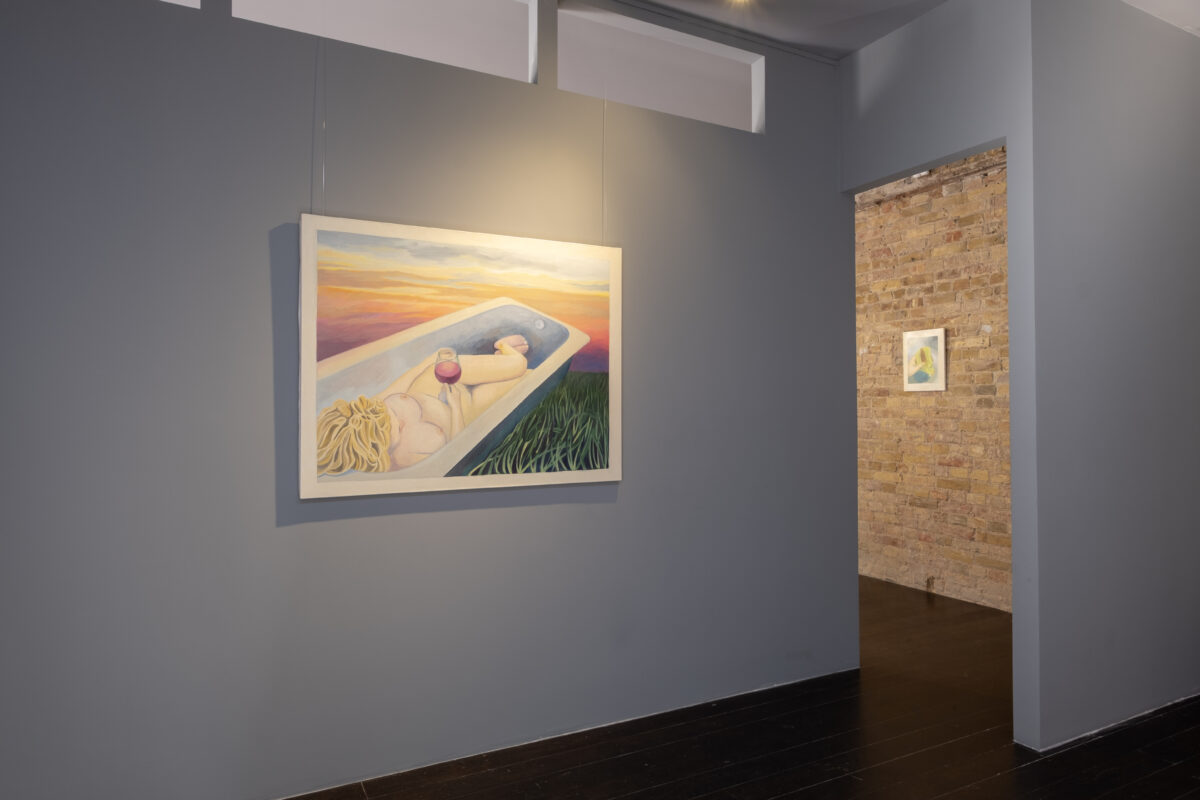 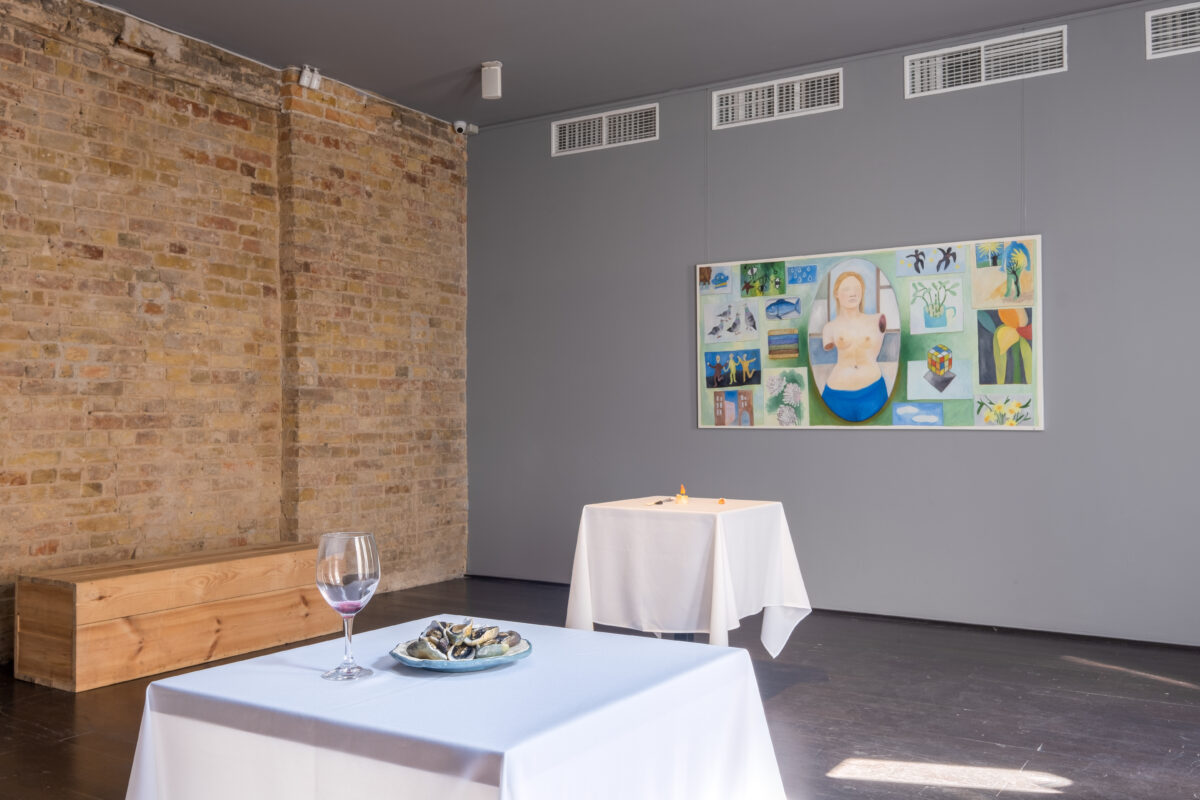 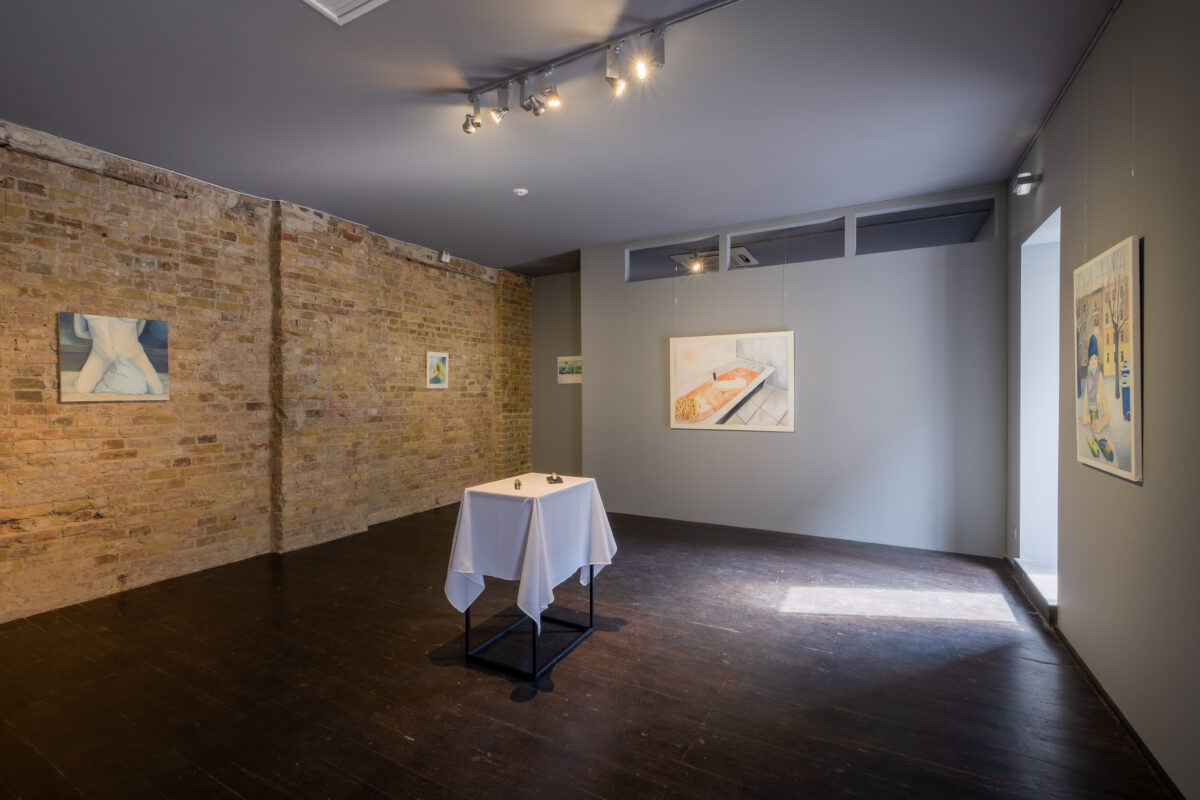 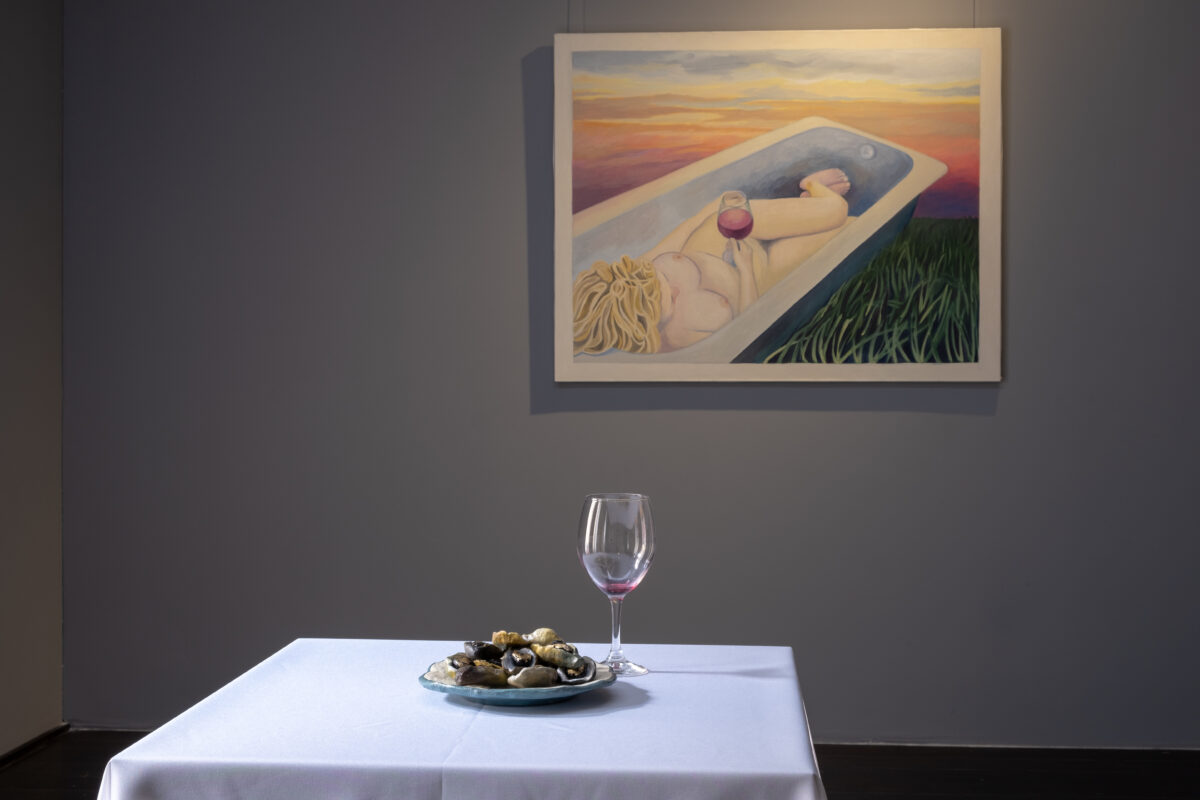 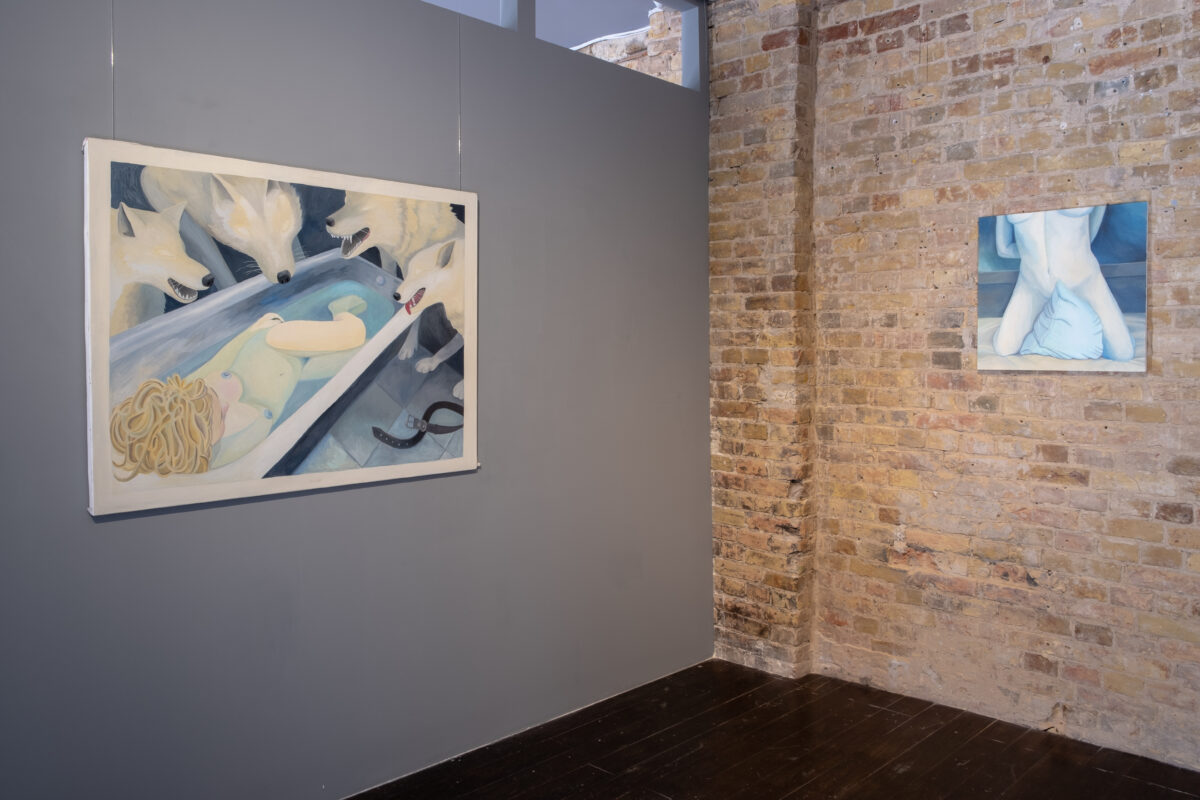 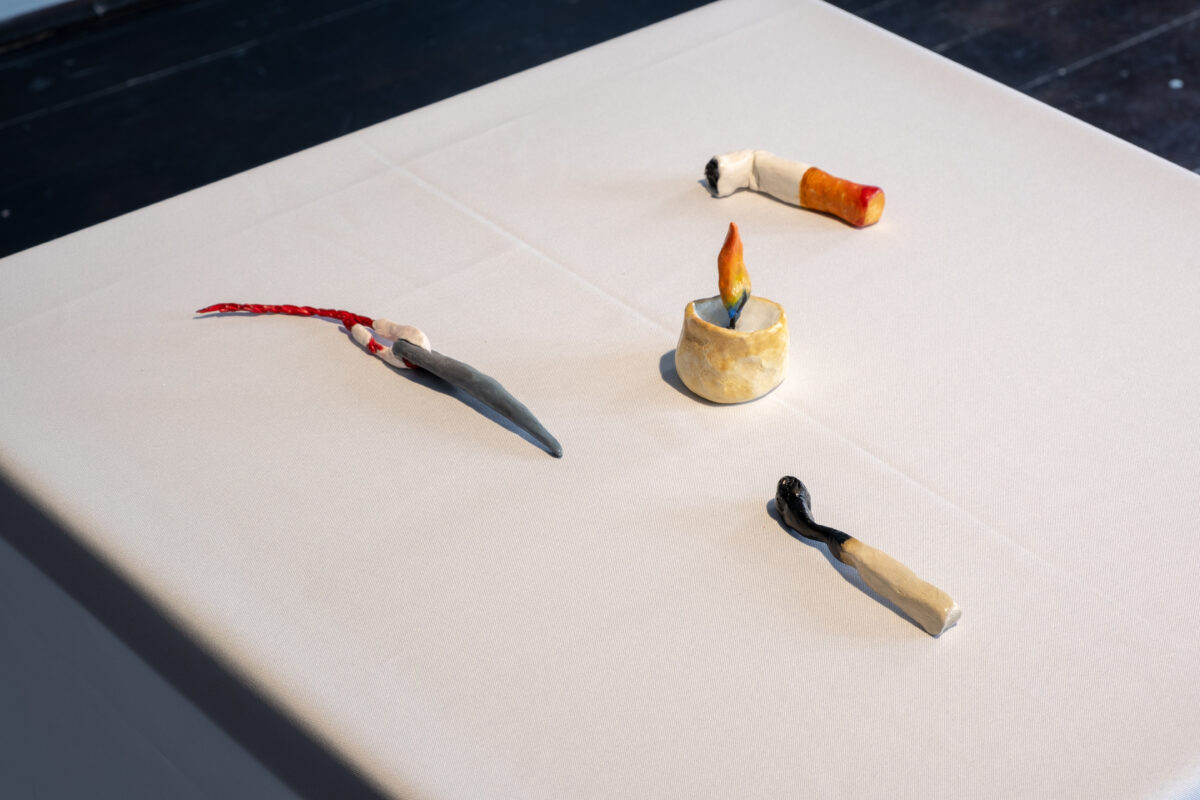 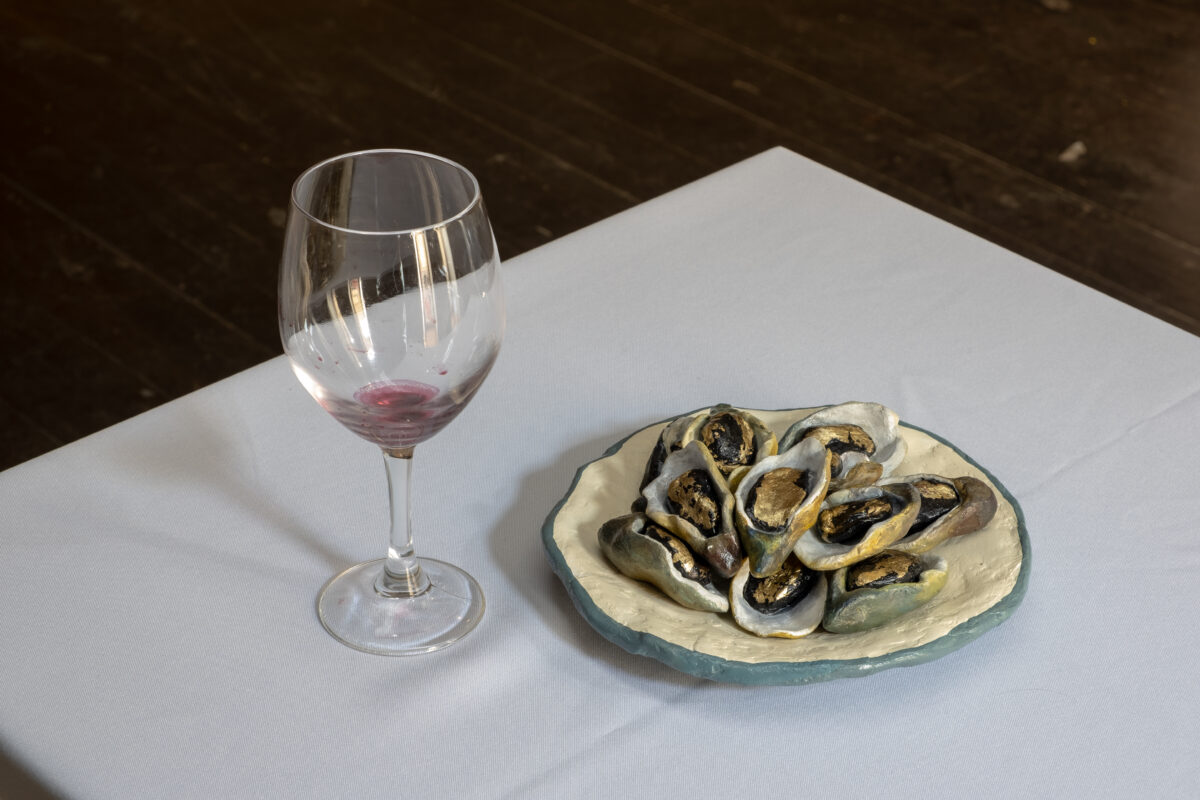 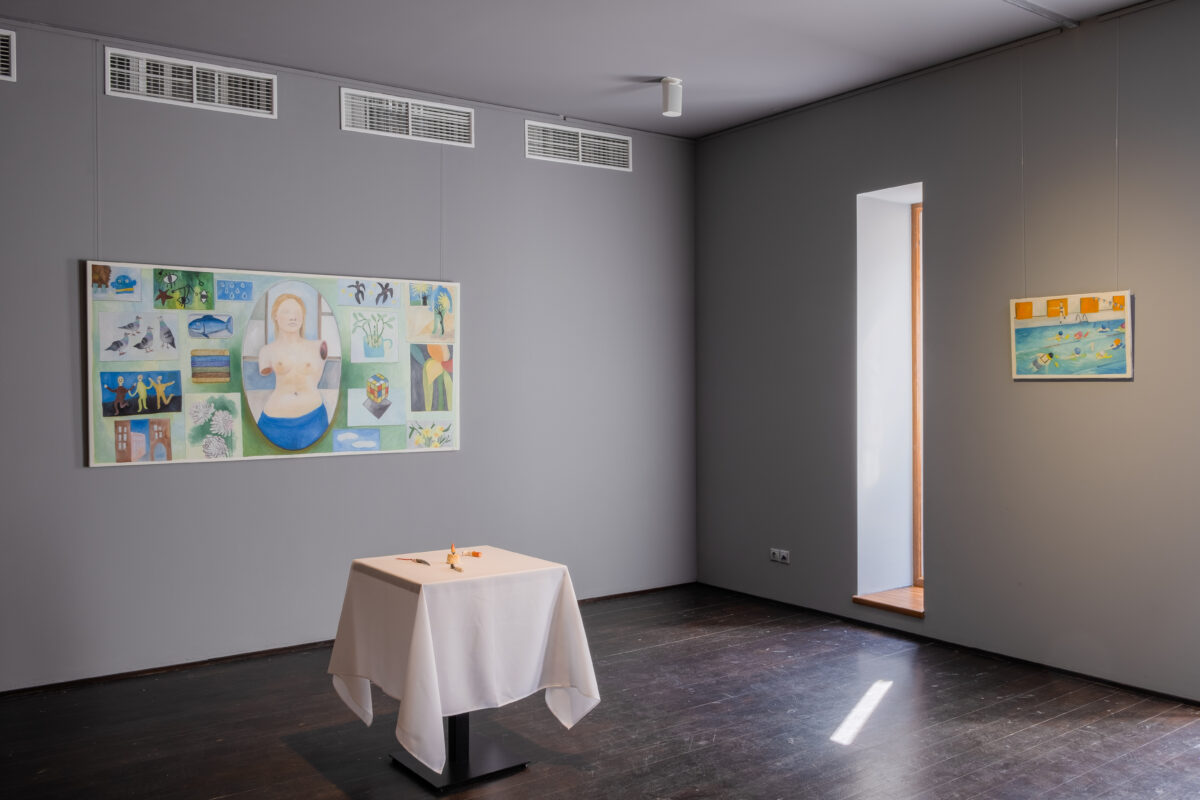 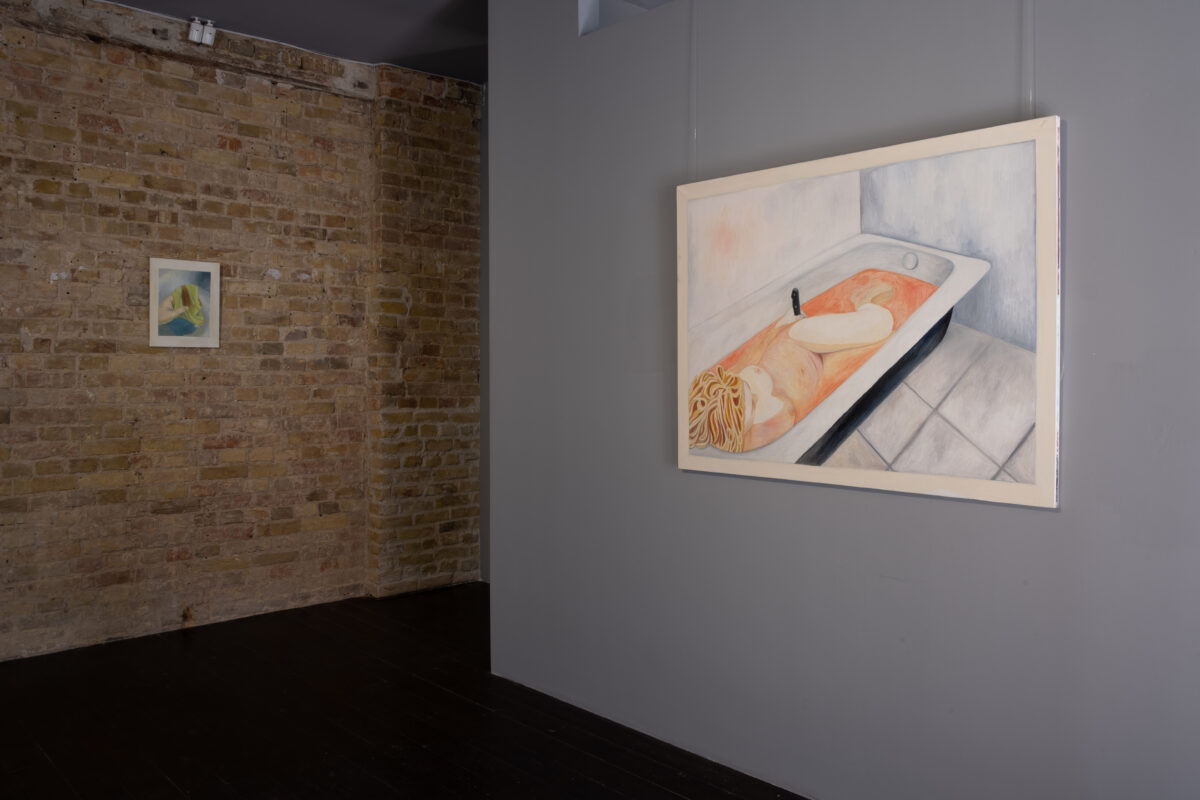 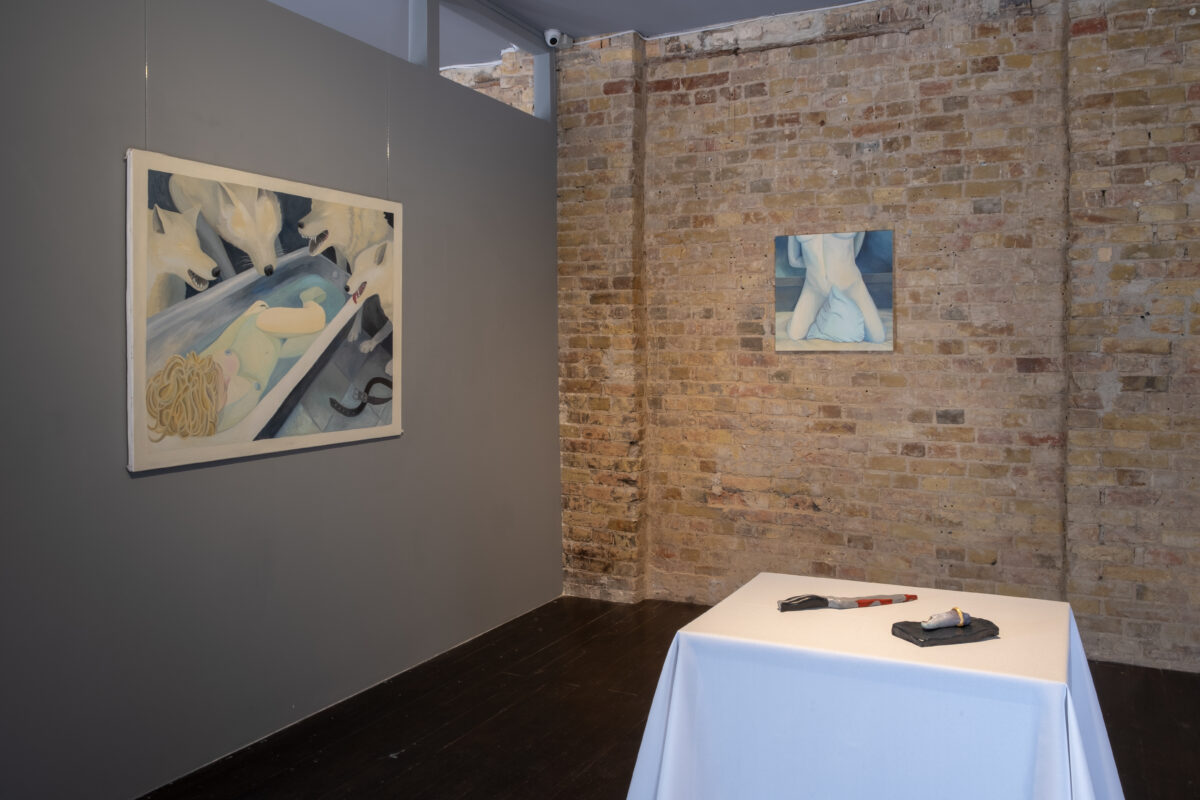 The Late Check-Out project by Lviv-based artist Kinder Album reminds intriguing plot of the movie,
which is built on the phantasmal scenes and imbued with a sense of uncertainty.

The artist will show her new series that includes painting and sculpture. The characters on the
Kinder Album’s paintings are threatened and threatening at the same time. Objects from the canvas
are materialized in the exhibition space. They immerse the viewer in the atmosphere of the frozen in
time hotel room, where something has happened. But what exactly – is not clear.

“Painting deals with time. I’m trying to fix on canvas a story that lasts,” the author says. The artist
leaves some auxiliary hints in the exhibition to encourage viewers in reading this story and
recreating their own version of events development.