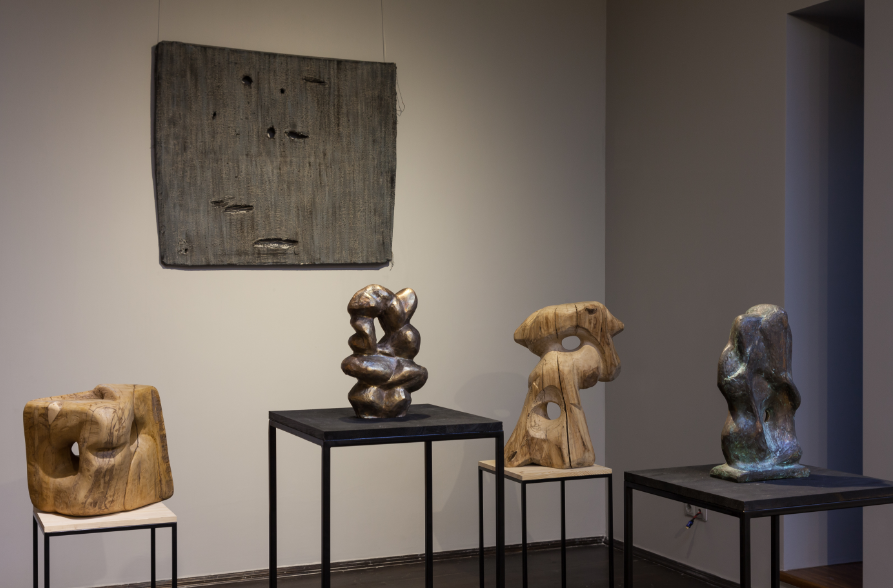 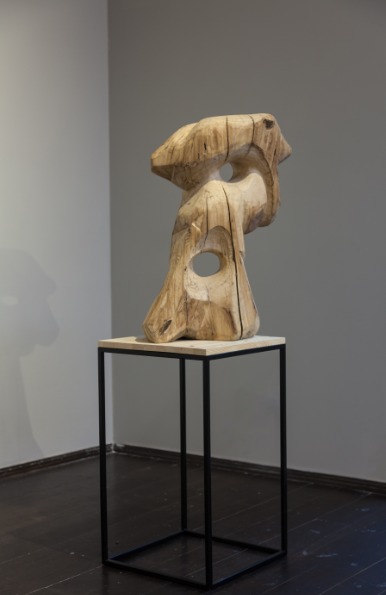 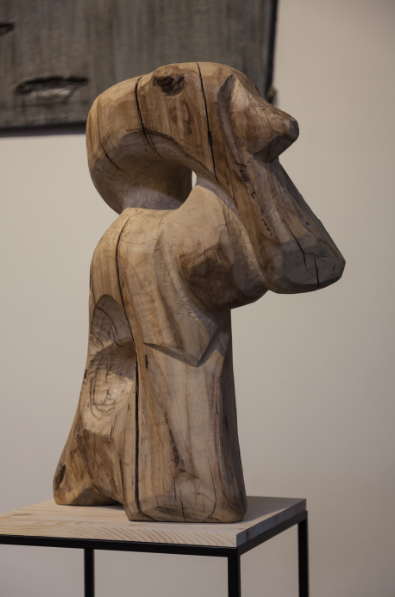 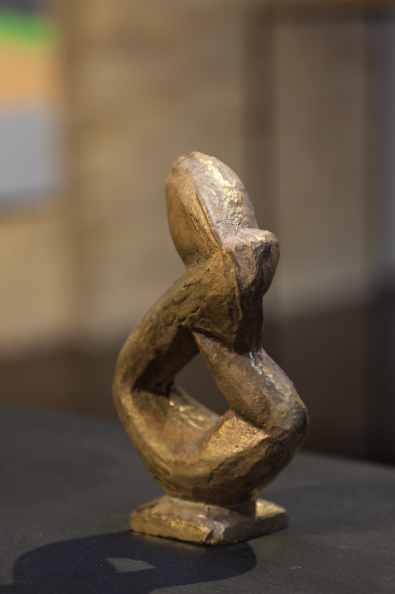 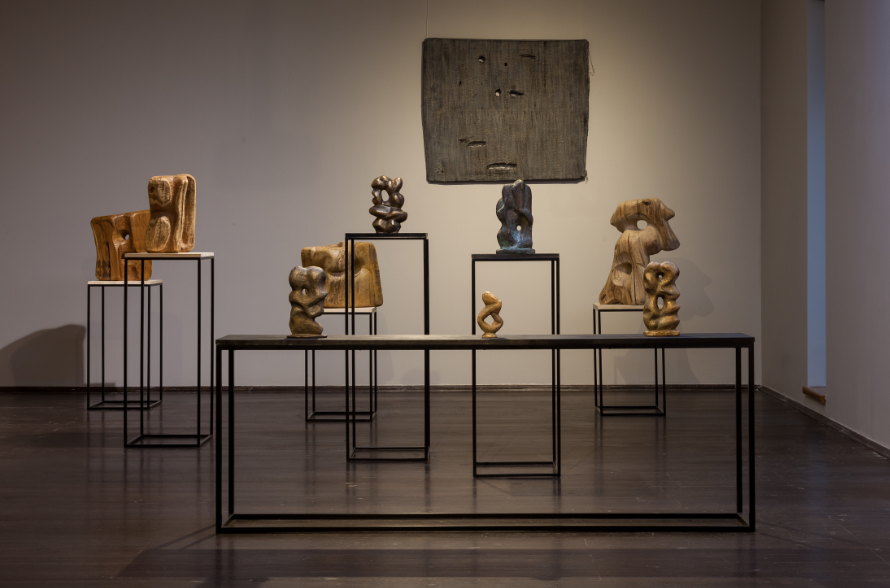 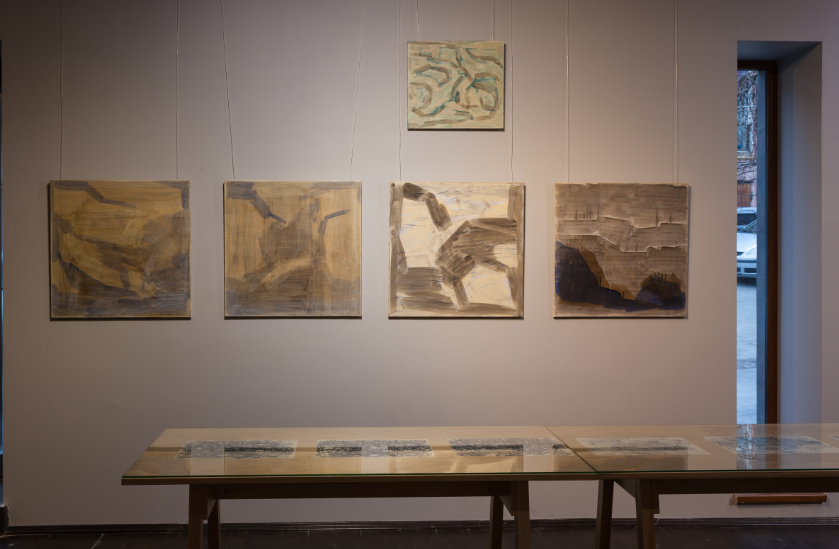 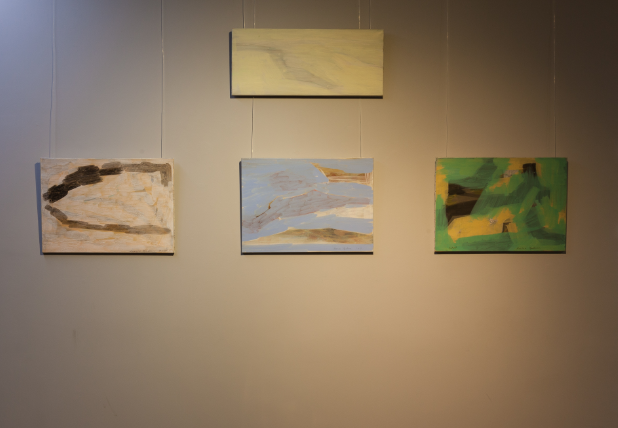 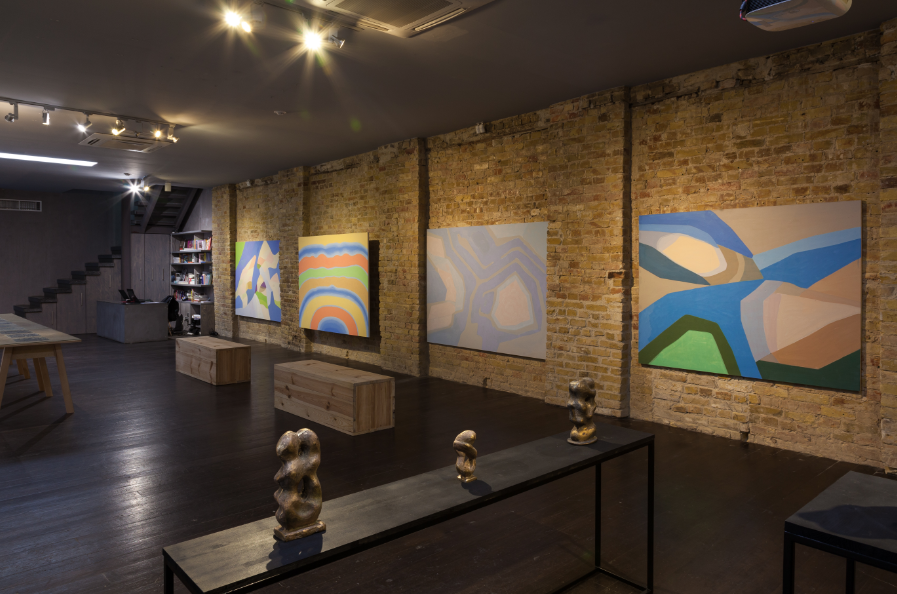 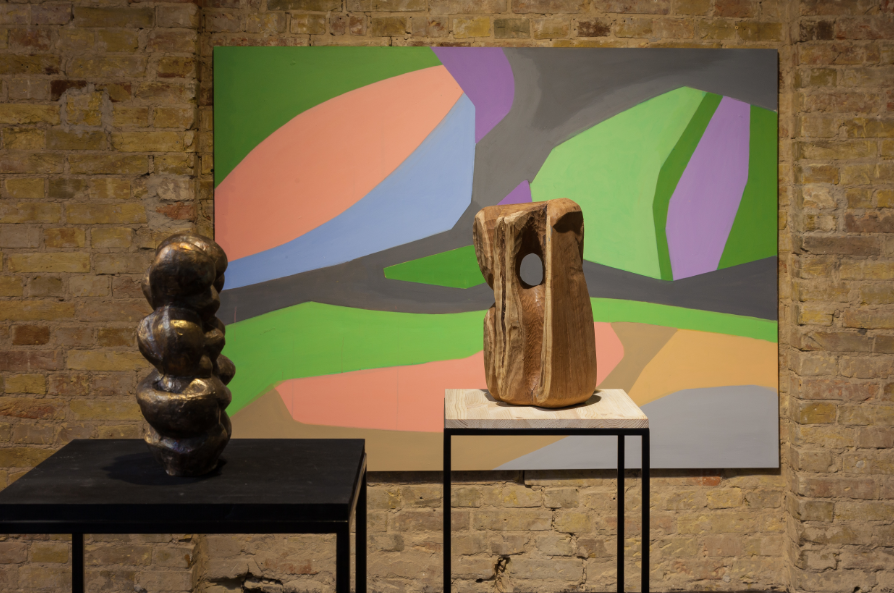 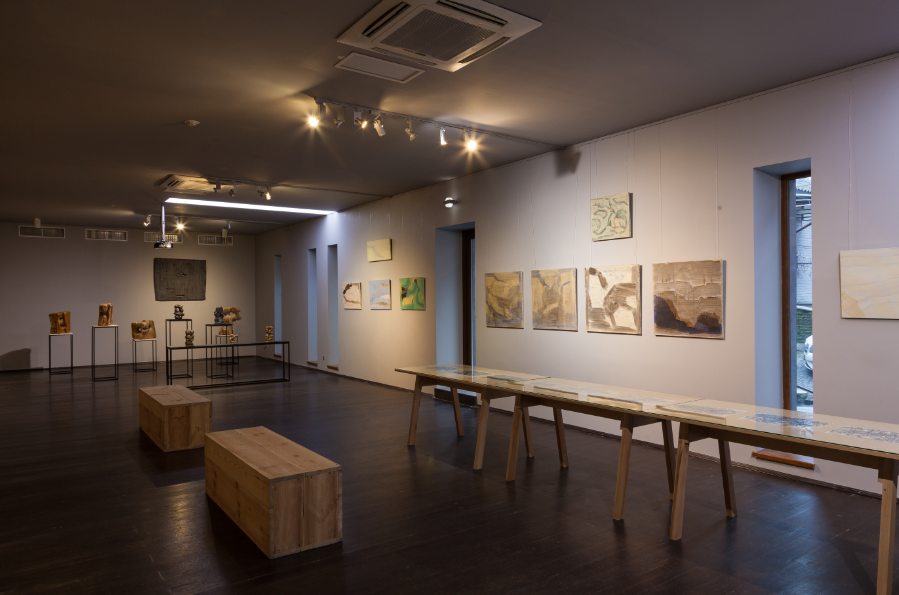 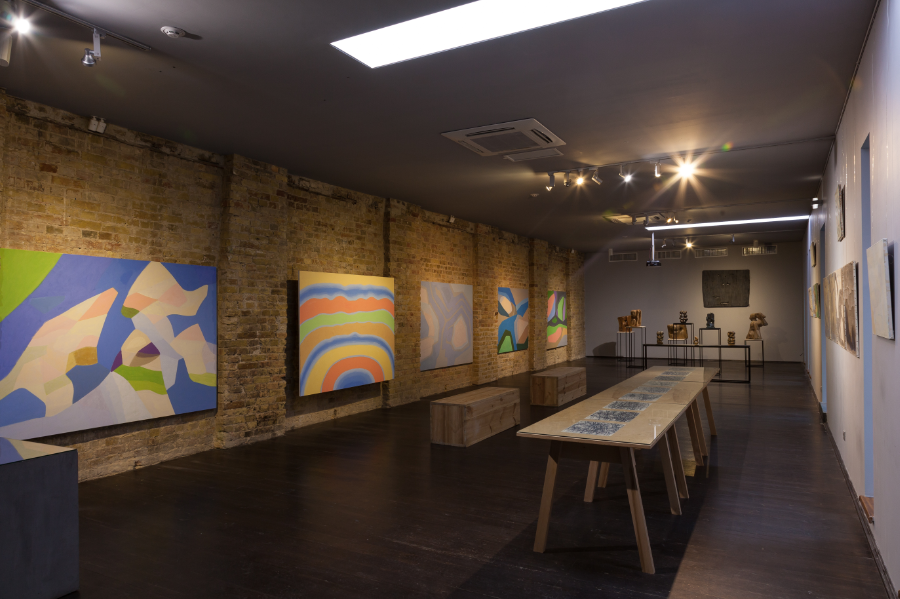 The exposition can be considered to be quite saturated: the project included paintings created between 2009 and 2016 along with wooden and bronze sculptures. This combination was supplemented with graphics from the early 1980s – a series of works from nature, which still determines Kryvenko’s creative development.

Mykola Kryvenko is sometimes called a minimalist, primarily because of the color range in his works, calm and bleached, especially in comparison with his “Picturesque Sanctuary” associates. But “Some miracles” exhibition showed another aspect of the artist’s maner: “I worked for a long time in gray, but for some reason I wanted bright colours. At the turn of the millennium I already have monochromes – pink, blue, bright.”

As the artist admits, working with color required a progressive approach, which for a long time is not inherent in him. First, Kryvenko made small-format watercolors, creating sketches of future bigger works on paper and, finally, large-scale acrylic paintings: “I started painting the canvas in a certain place, and then I added colors. Each time it turned out differently, it’s like the rocket stages that burn one after another. I reproduced the colors, but I tried to make them more expressive, bright and clear.”

The drawings and paintings correspond with a series of abstract sculptures made of wood, the creation of which appeared as a new challenge for the artist: “In sculpture, even if you create something abstract, it still resembles something. You make a hole – it resembles an eye immediately. It’s very difficult to make a pure abstraction.”

“Some miracles” is conceptually complete, despite the richness of the exposition. Especially considering the artist’s intuitive approach in its forming:  to the works created in recent years he added drawings of the early 1980s: “At that time I drew from nature a lot, and those drawings still influence the composition, the rhythm of my contemporary works. I drew earth, water, and those works are working now, they have a connection with the present.”