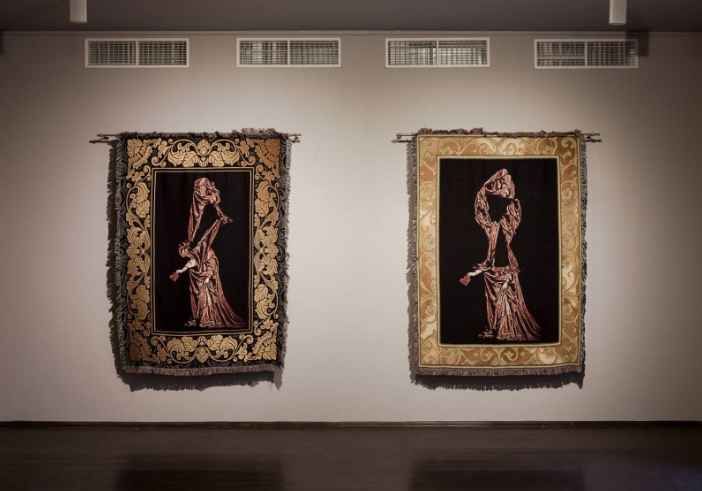 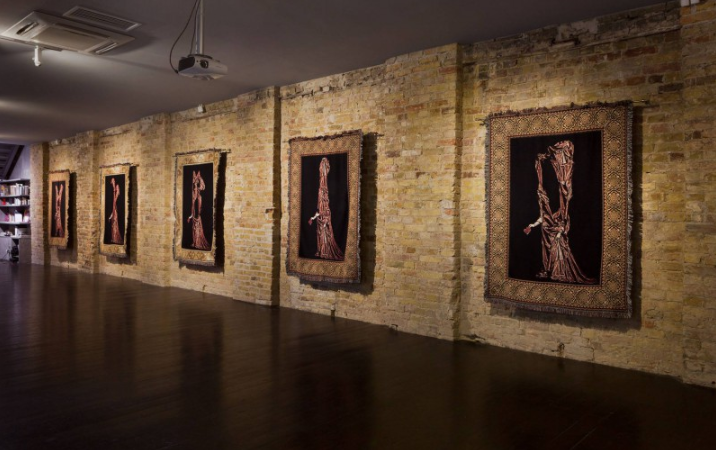 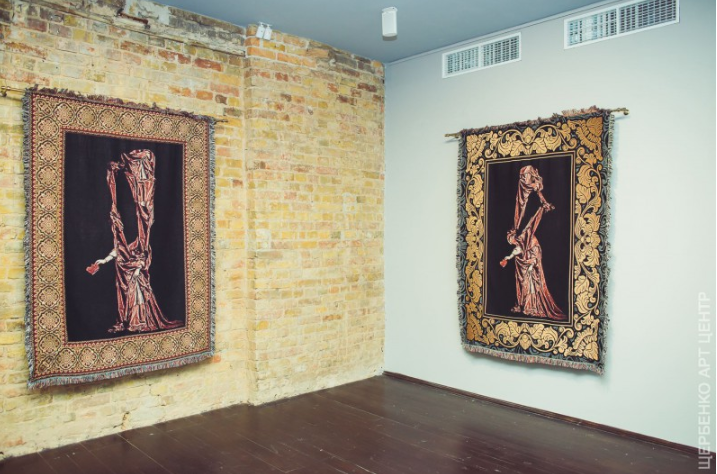 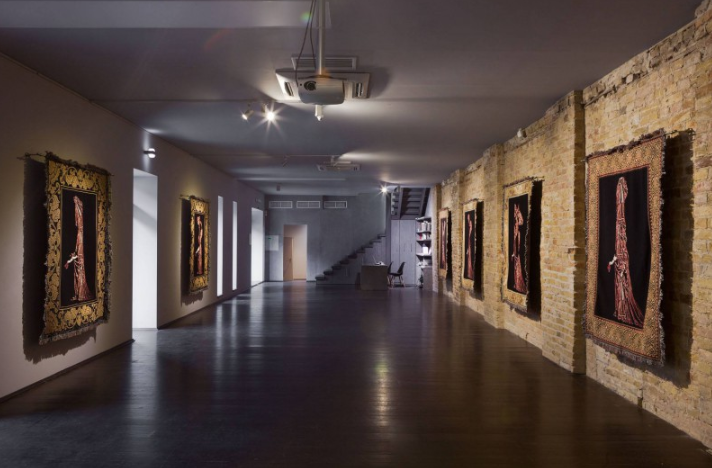 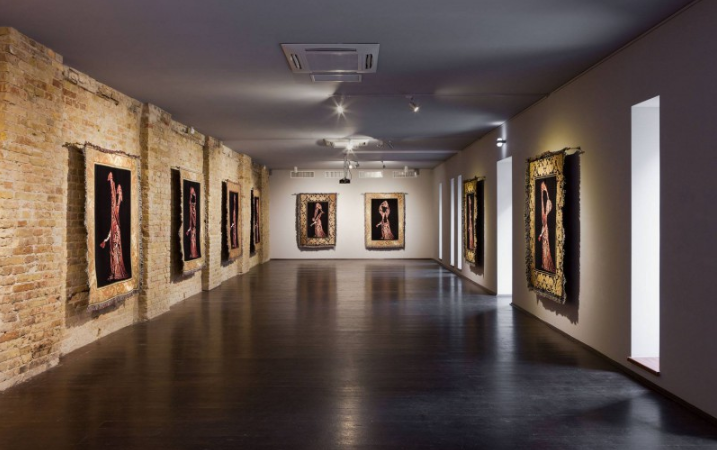 Shcherbenko Art Centre is delighted to present new “Cardinal Richelieu” project by Oleksandr Roitburd, one of the most famous Ukrainian artists. One more time Roitburd recalls his well-known method of collaging famous historical portraits, but this time – in a series of woven jacquard tapestries.

After such bright projects as “The Life of King (Ludwig)” (1992), “A portrait of. A Lady. In white” (1993) and “14.14.14″ (2011), which presented a series of portraits transformed by the Ukrainian artist, Roitburd continues to work with collage technique. The new project is based on the portrait of Cardinal de Richelieu by the French artist Philippe de Champaigne.

Tapestry, replacing collage and painting, was born in the aristocratic culture of France of the XVIIth century (when the tapestry was a handmade work of art, the creation of which used to take more than a year), spread in bourgeois, and later – in the Soviet era as a symbol of middle-class home comfort.

The portrayed person loses his head again. Instead, a towering heap of folds appears on its place, playing shades of scarlet and takes away a recognizable hierarchical form from Cardinal’s figure. Oleksandr Roitburd leaves the outstretched arm of Cardinal untouched, holding the cap – symbol of ecclesiastic power. However, who governs and has power over whom is not clear anymore.