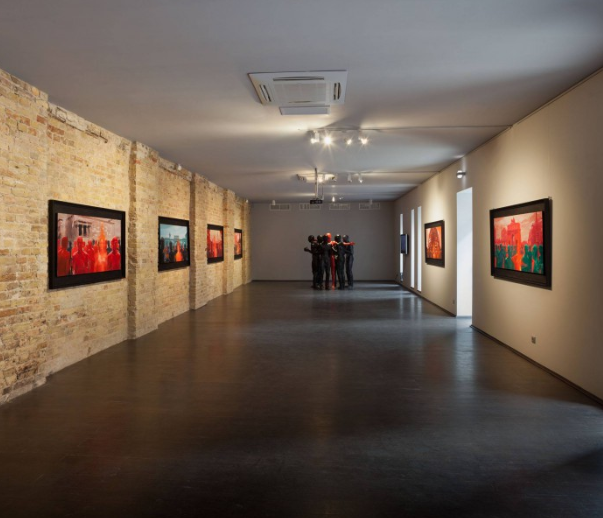 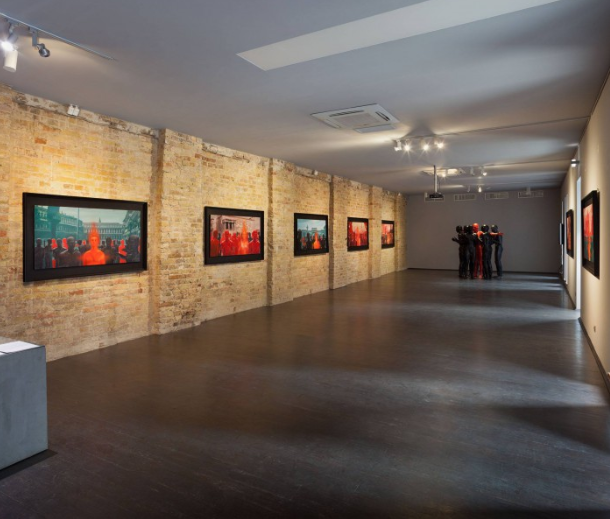 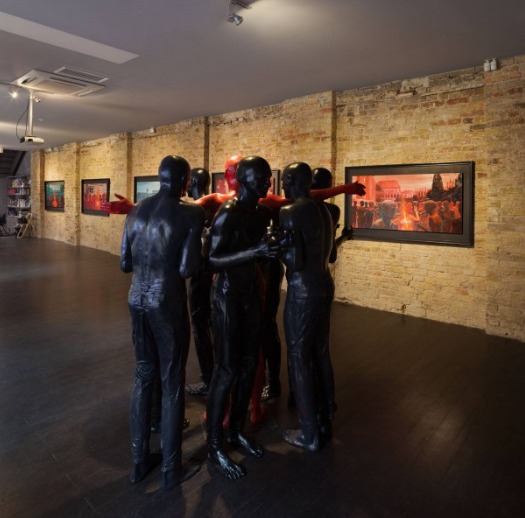 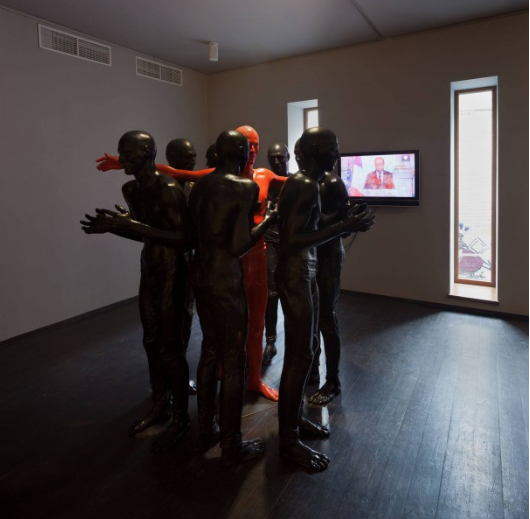 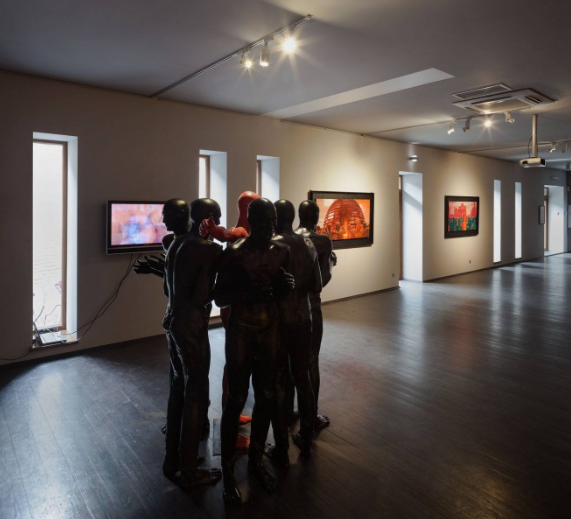 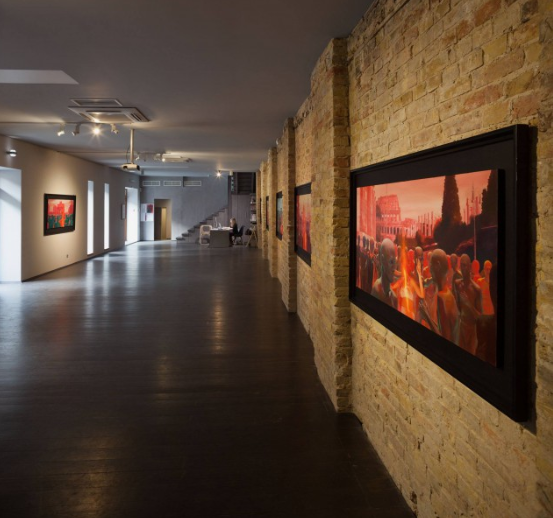 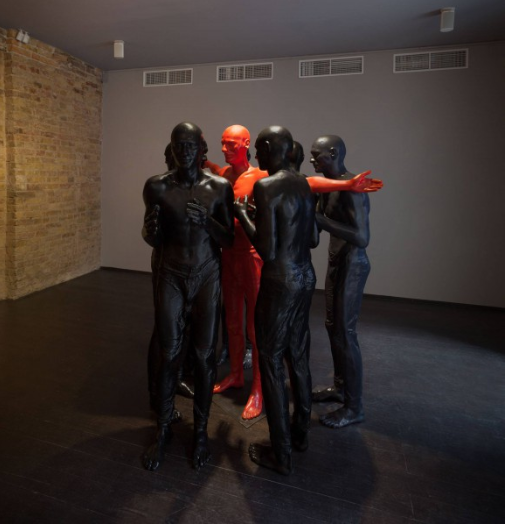 The exhibition by Ukrainian artist Viktor Sydorenko, where sculptures and a series of paintings were presented. History remembers the artist’s project with the same name: back in 2008, the clone-sculptures of “man in pants” – Sydorenko’s representative character – appeared on Malevich’s avenue, Sichovykh Striltsiv street and Lesia Ukrainka boulevard in Kyiv, in 2009 – on Champs-Elysees in Paris and at Boryspil International Airport in 2014.

Here the sculptures have acquired another dimension – on the author’s canvases. The artist created a series of paintings with easily recognizable locations in London and Berlin, Paris and Venice, Athens and Kyiv. These places seem to be borrowed from retro photographs of ХІХ and ХХ centuries and fills them with clones, denoting the problems of the policy of multiculturalism, open borders and tolerance in familiar outlines of European cities.

Among them, we can certainly notice artist’s hero or character, though differing with internal glow, who is a stranger among his own or vice versa. This is a “man without properties” – typical, but special; depersonalized, but with a shrilly glance. A man searching for himself in tabooed past, globalized present and posthumanistic future. Looking into his eyes, we can look at ourselves, surrounded by the same sculptures.