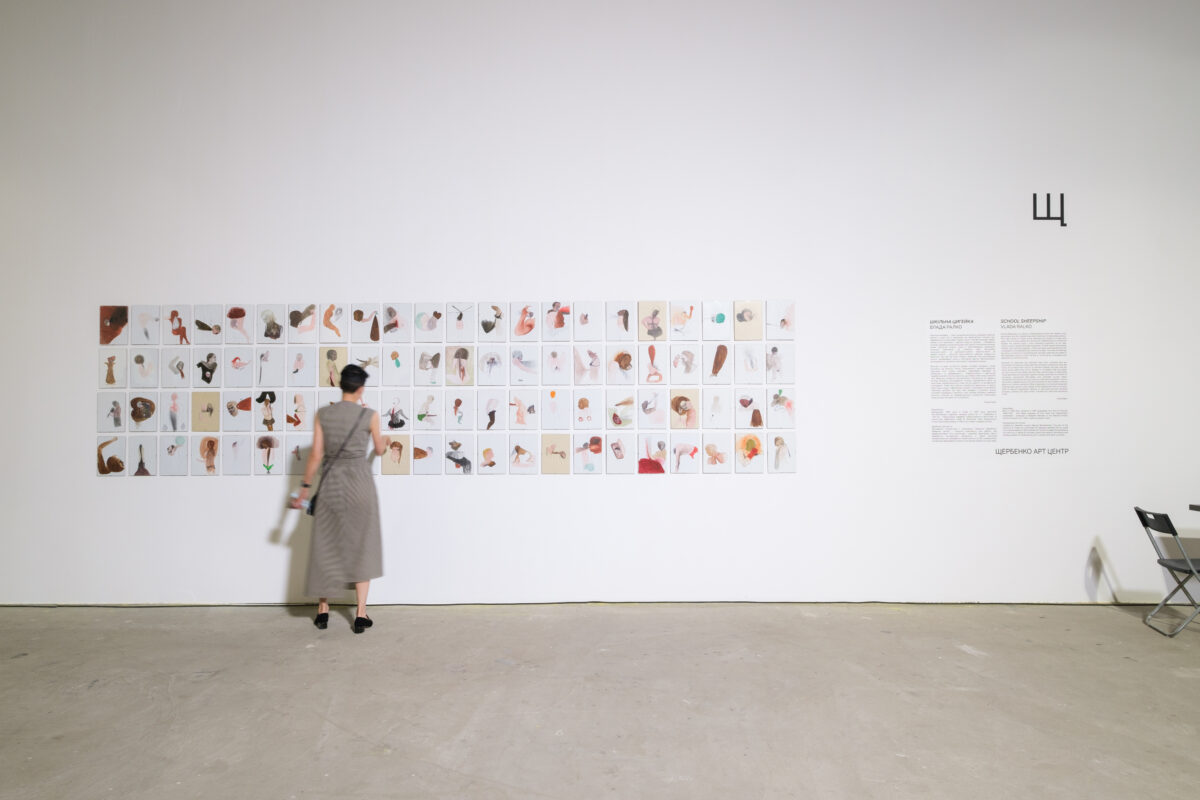 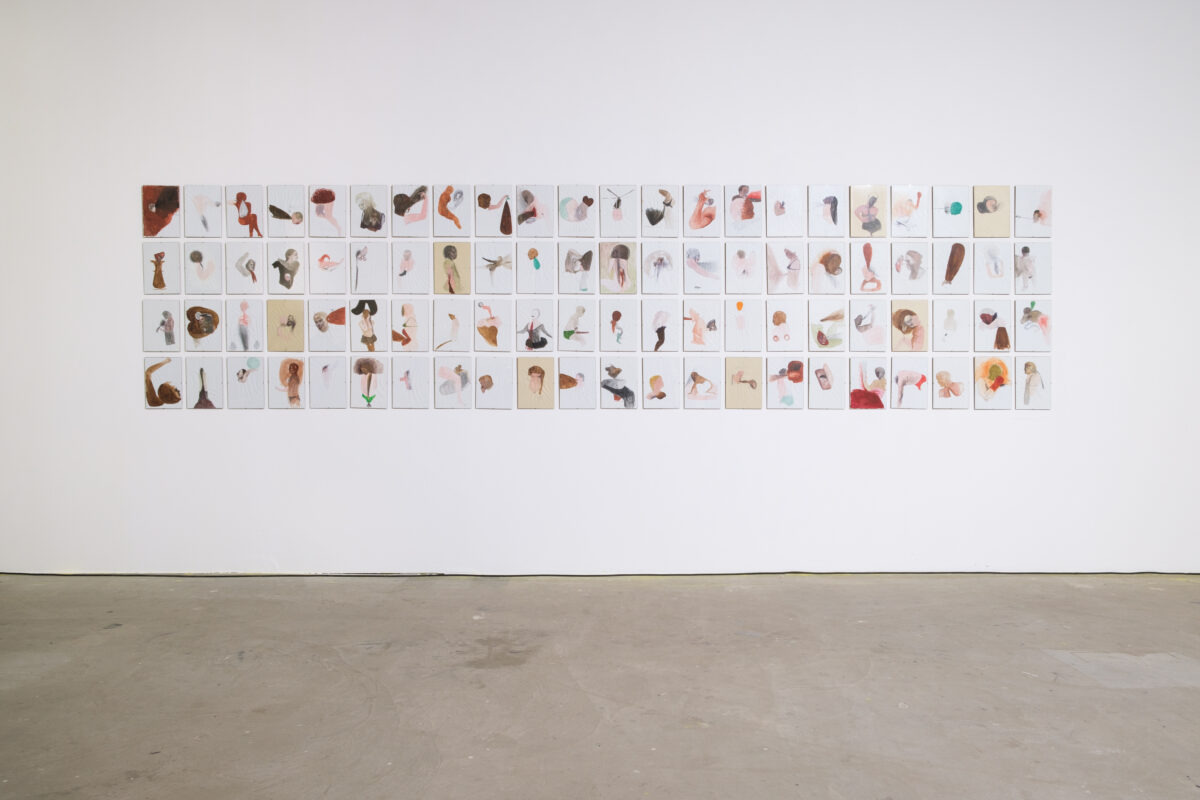 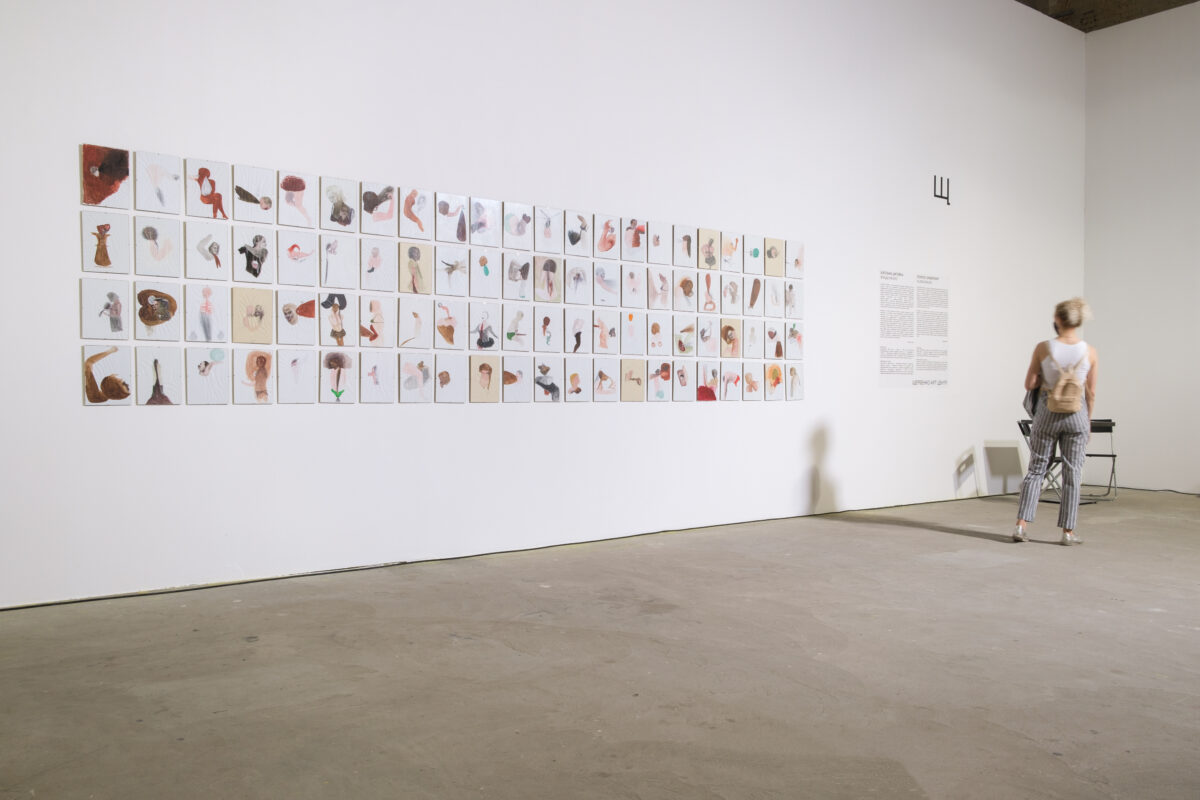 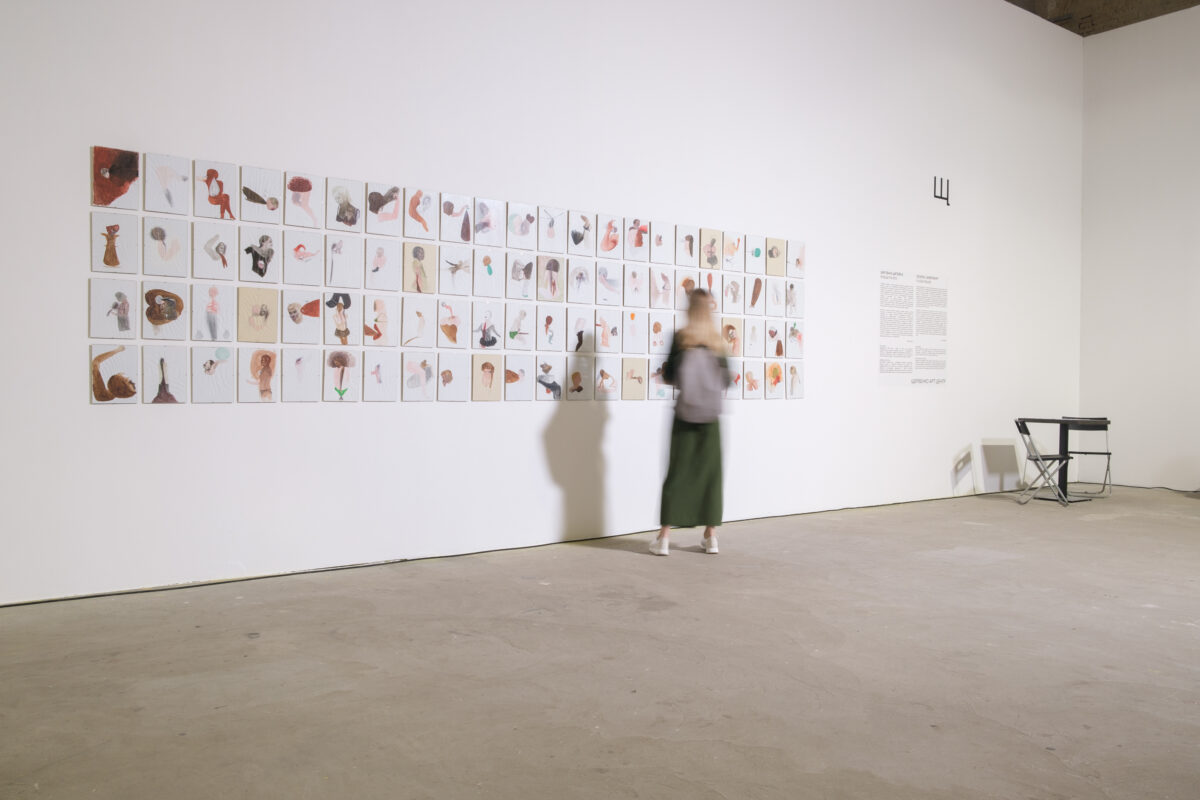 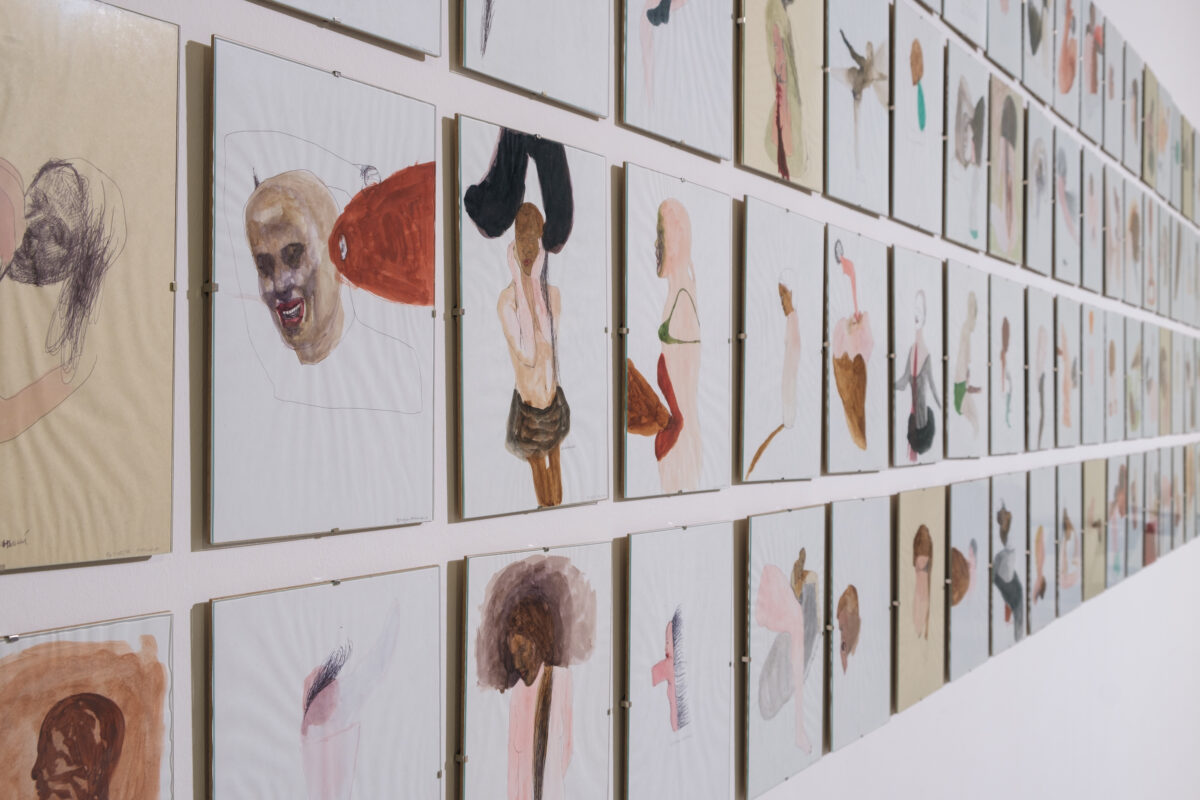 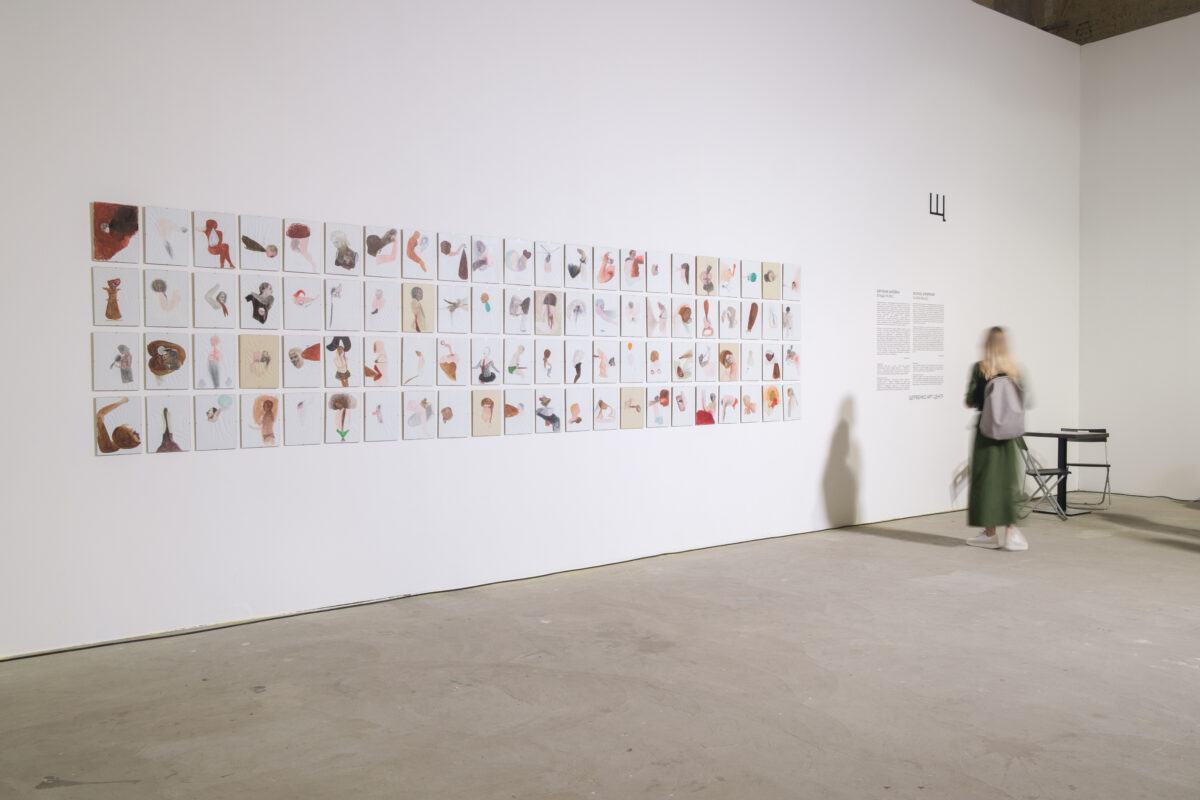 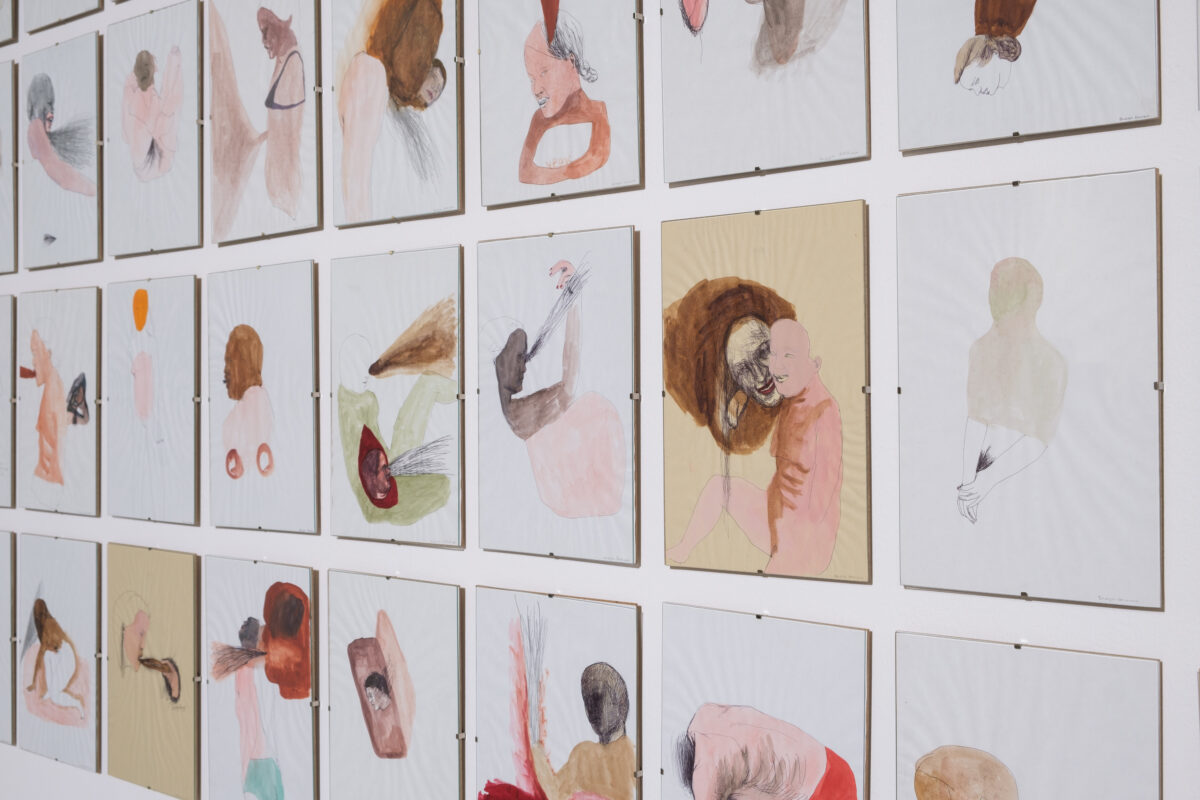 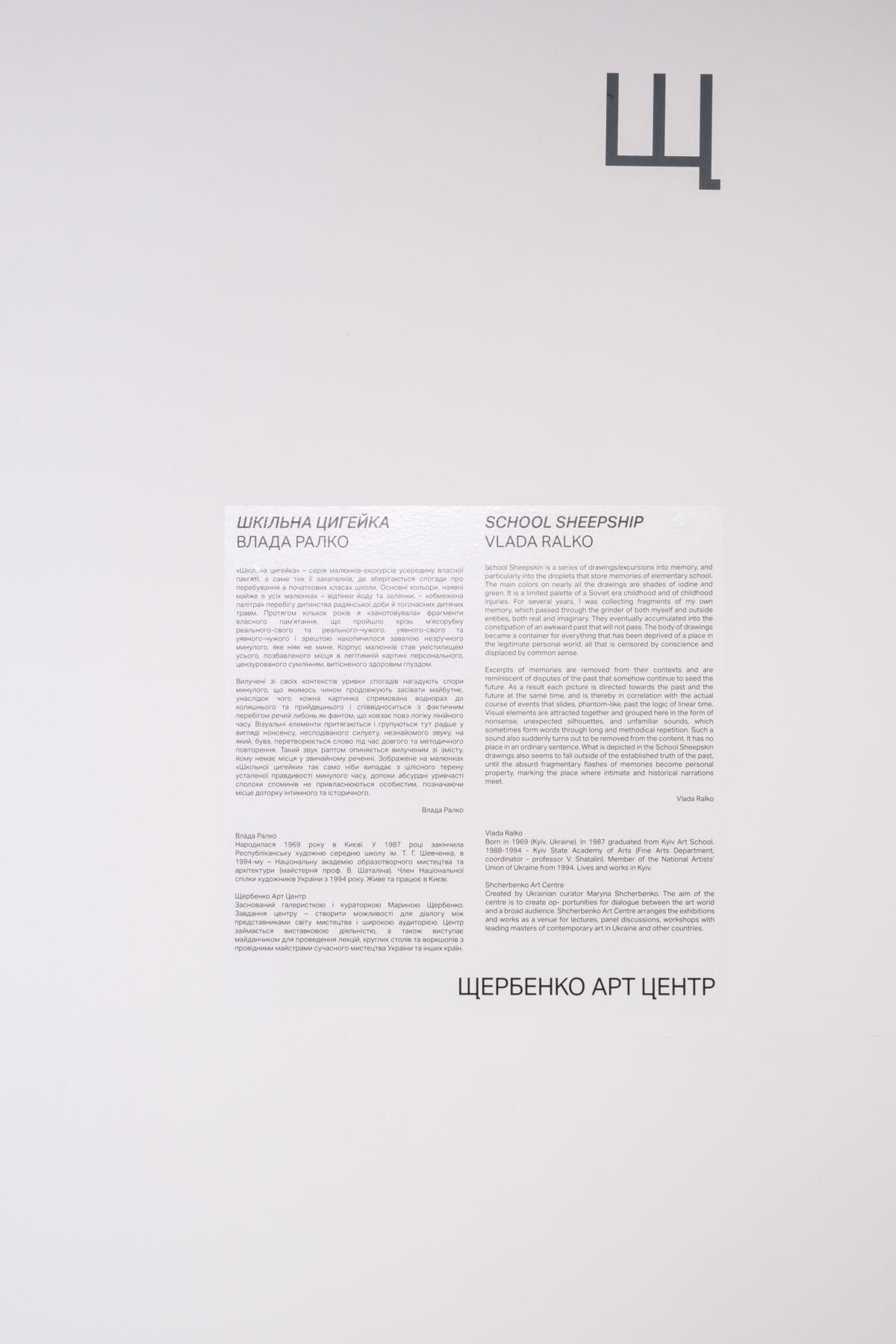 Artists who participated in the project: Vlada Ralko

School Sheepskin is a series of drawings/excursions into memory, and particularly into the droplets that store memories of elementary school. The main colors on nearly all the drawings are shades of iodine and green. It is a limited palette of a Soviet era childhood and of childhood injuries. For several years, I was collecting fragments of my own memory, which passed through the grinder of both myself and outside entities, both real and imaginary. They eventually accumulated into the constipation of an awkward past that will not pass. The body of drawings became a container for everything that has been deprived of a place in the legitimate personal world, all that is censored by conscience and displaced by common sense.

Excerpts of memories are removed from their contexts and are reminiscent of disputes of the past that somehow continue to seed the future. As a result each picture is directed towards the past and the future at the same time, and is thereby in correlation with the actual course of events that slides, phantom-like, past the logic of linear time. Visual elements are attracted together and grouped here in the form of nonsense, unexpected silhouettes, and unfamiliar sounds, which sometimes form words through long and methodical repetition. Such a sound also suddenly turns out to be removed from the content. It has no place in an ordinary sentence. What is depicted in the School Sheepskin drawings also seems to fall outside of the established truth of the past, until the absurd fragmentary flashes of memories become personal property, marking the place where intimate and historical narrations meet.