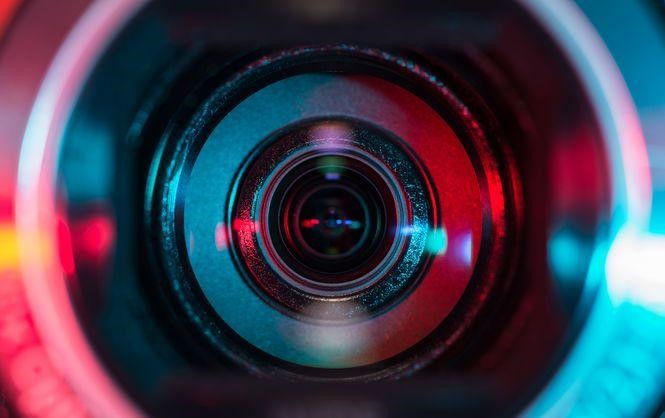 Screen culture: how the video became a part of the art.

We live at a time when the boundaries of perception are clearly blurred.

This is connected not so much with the changes in the art, but, mainly, with the widespread dissemination of the screen culture. We take photos of everything on a cell phone, we record and edit amateur videos. Thanks to affordable technology and programs, we can use also special effects, animation and computer graphics.

Video art exhibitions also promote the popularization of the screen culture. The connection between cinematography and video art is obvious, despite the fact that video artists for a long time were denied it.

In 1959, the German artist Wolf Vostell was the first to include TVs in the installation of his project Deutscher Ausblick (now in the collection of the Berlinische Galerie Museum). And yet, the pioneers of video art are the Korean musician and sculptor Nam June Paik and the American artist who cultivated pop art, Andy Warhol. In the 1960s, experimental cinematography became a new kind of media art, which in part led to the deconstruction of classical cinematography.

Andy Warhol spent some time filming video in his studio named “Factory”, making fun of the cinema standards. June Paik began to create musical video art using one of Sony’s first portable video recorders. At that time, musician John Cage and artist Marcel Duchamp had a significant influence on Pike, who combined the audio and performance, using traditional musical instruments and compositional practices in his works, playing the piano, screaming, reproducing classical music and sound effects. Introducing the performative component into the musical works, Pike moved from being composer and performer to inventor of a new art form, using television and video as his tools.

The famous experimenter and provoker Andy Warhol spent some time filming video in his studio named “Fabrika”, making fun of the standards of cinema. Such works of the legend of pop art, which today became the classics of the genre, as “Dream” (1963), representing the 6-hour dream of the poet John Giorno; “Empire” (1964), an 8-hour movie about the Empire State Building in New York at dusk, and “Eat” (1963), a 45-minute film featuring a man who eats mushrooms, should be highlighted. Tiresome for the modern viewer, Warhol’s “hypermonotone” films became a revolution of the sixties.

The artists, who were the pioneers of video art, as Vito Acconci, John Baldessari, Peter Campus, Wojciech Bruszewski, Miroslaw Rogala, Joan Jonas, Bruce Nauman, Doris Totten Chase, Steina and Woody Vasulka, Lisa Steel, Bill Viola, Rodney Verdun, Agricola de Cologne, Douglas Gordon, David Hall, Dieter Froze, Volf Kallen and others created experimental videos. That was the way the new genre in the visual art, called video art, was established, which today has become a common medium of expression, which is increasingly used as an element in art installations, but continuing to be an independent form.

In Ukraine the history of the media art dates back to the 1990s. This period was a turning point in all spheres of development of the newly independent country. At that time, the post-Soviet society had access to all the benefits of the Western civilization, and modern technology appeared in the offices and homes of Ukrainians, as well as in the range of tools that Ukrainian artists started to use.

While the world media art actively was developing and splitting into genres (net art, mail art, mobile art, phone art, sms art, science art, kiber art, digital art), in the modern Ukrainian art the first works of video art only appeared. Ukrainian artists did not know the theory and history of the world video art, which allowed them to create bold and original works that have become classics ones. They raised and revealed the themes of corporality, sexuality and consumerism, touched upon social and political problems.

Some of these works are the following : “Sleeping Beauty” (1992) and “Curved Mirrors. Living Pictures” (1993) by Alexander Gnilitskyi, “Solid TV” (1995) by Basil Tsygalov, “Psychedelic invasion of the battleship “Potemkin” in the tautological hallucinosis of Sergei Eisenstein” (1998) by Alexander Roitburd, ” The thirst” (1998) by Ilya Isupov and others. By some time, the camera and video creating became actively used in Ukrainian artists’ works.

Alexander Roitburd “Psychedelic invasion of the battleship “Potemkin” in the tautological hallucinosis of Sergei Eisenstein”, 1998, fragment.

Nowadays, both in Ukraine and throughout the world, we find the greatest provocation in close connection between cinema and video art, which at the same time occupy different niches. One of the key books on this topic is the “Advanced Cinema,” written by Gene Youngblood, media theorist, the researcher in experimental film and video art, in which he explores and analyzes the relationship between new technologies of television and cinematography, emphasizing that artists initially seek to form a special niche for video and detaching it from the mainstream, despite the potential of the video to create such an utopian virtual world that can grab the audience. Using the concept of extended cinematography, the author draws attention to the complication of the expressive means of it, to its unlimited possibilities of influencing the viewer. We can state that these opportunities lead to the complete disappearance of the boundaries between the real and the virtual. One of the reasons is the same – the development of technology. In connection with the advent of 3D and holography, the screen (as a border) becomes unnecessary or even superfluous. At the same time, we watch the video more and more: still on the mobile screen, on the computer monitor, on the plasma or on the big screen of the cinema. And it could be the same video. The emphasis is placed on dialogue in the art, and video remains one of the most effective communication tools.

The analysis of video works from the point of view of the visitor, who comes to the exhibition in search of meanings and answers to his questions, is interesting for us. At the same time, the time given to the contact does not matter: the viewer can look at all the work from the beginning to the ending, can catch a glimpse of the video. A common question is: what is the difference between video (art) and video (cinema)? The answer can be found based on the following items:

It is quite understandable, that in these aspects a large number of “but” is hidden. For example, a film director can use the video art techniques. A vivid and well-known example is Lars von Trier’s films.

Avant-garde, experimental cinema has always been on the verge between art and cinema. Sometimes we can see the film at the exhibition, included by the curator or artist in its context. The video artist can also turn to the genre of cinema, masking or using it to accent his message.

The work refers to the failed career of the director, to the unfulfilled dream, a deliberately abandoned case, and not mounted film of 2006. This video is presented as the starting point of the path, the turn and the beginning of his career in contemporary art. The medium chosen by the artist gives him the opportunity to experiment, raise and reveal exciting topics. The works are presented on different screens using projectors, TV-sets, plasmas, tablets – the size of the screens planes and work with light create additional advantages in the semantic flow. But in general, the exhibition is a compressed mini-report of the aesthetic and conceptual path of Galkin.

Video art shows us ourselves and others in a new way; this is the weapon in the arsenal of the artists to achieve the eternal goal of art. Talented modern authors use progressive technical capabilities to reproduce accurate artistic statements corresponding to a rapidly changing world.