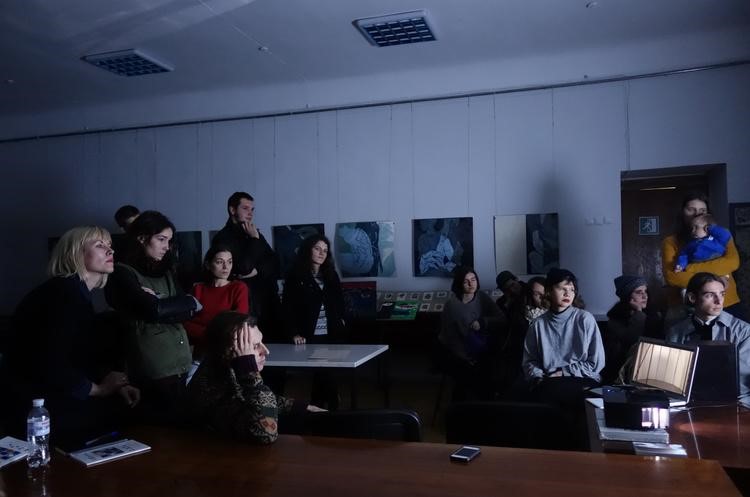 Why do we need the art residences?

Since the beginning of this year, MUHI Contest has been working with the residence of the Futura Art Center in Prague, Czech Republic. Air Futura is the classic example of the European urban artistic residence: it accepts foreign artists, provides them with accommodation and working studio, and sends abroad Czech artists. The residence exists at the expense of the city budget with the support of the Ministry of Culture of the Czech Republic and the International Visegrad Fund. The winner of the MUHI 2017 Contest will be able to work at the Air Futura Residence. The founder of the “Shcherbenko Art Center” and the MUHI Contest, gallery owner, curator and art consultant Maryna Shcherbenko explains Mind why participation in the residence is a useful experience, especially for young artists.

The increase of the number of art residences has recently been observed all over the world. This kind of cultural exchange contributes to the establishment of common understanding between different cultures. Artists, working in residences, learn the history and the features of the host country, while promoting their own. Across the world, resident artists receive state and private support. This process has started not yesterday, and a lot of international residences play an important role in the world of the modern art, which is based on the firm reputation of the institution.

This format is an important step in the career of many artists who seek to escape from their local artistic environment and integrate into the international context. For many Ukrainian artists international residences become a real opportunity not only to move around the world, but also to work productively, getting a workplace, materials and other resources for projects in the residence. As a rule, they are given the opportunity to try themselves in a group curatorial exhibition or to work with the curator individually. The participant communicates with his colleagues and critics. This is always a good start for a young artist who has just graduated and a good incentive for someone who wants active growth and movement. There is a great opportunity to concentrate on work, to get away from the routine and temporary work, that artists often have to deal with because the main artistic activity does not bring enough income. Moreover, many residences provide artists with scholarships for work time and fees for participating in the exhibition.

The creative workshops of the National Academy of Fine Arts and Architecture at 33 Soshenka Str., which for the second year became the part of the program of artistic residences of the British Council SWAP UK / Ukraine, are the illustrative example of international cooperation in Ukraine. In 2017, the SWAP program lasts for 45 days, from September to October, and will employ four institutions in Kyiv and Kharkiv, each of which has a place of work for an artist from Britain. Four Ukrainians are currently being in Liverpool, where residences fit into the context of the local biennale.

In general, the idea of a residence at 33 Soshenko Str. was the attempt to integrate it into the structure of education at The National Academy of Visual Arts and Architecture, and communication with its participants during informal meetings. This is a unique place with its own history. Even in Soviet times there were workshops for young artists. In 2012, workshops were under the threat of destruction, but due to the activists’ efforts have been preserved, and their purpose is redefined in new conditions. The last few years It is the place for exhibitions of contemporary art, lectures and workshops.

The initiators and curators of the projects at 33 Soshenko Str., are Anna Sorokova and Taras Kovach, as well as their associates. In the summer 2017, within the framework of one of the most influential world art exhibitions of the contemporary art documenta 14 (Kassel, Germany), the «33 Soshenko» team, participated in two projects: the residence together with the Kassel initiative Tokonoma and the group exhibition Title on the Spot (together with the teams Termokiss from Kosovo, Toestand from Belgium and Happy Positive from Switzerland). As Anna Sorokova remarked, “these projects are collaborative practices, an attempt to create a common” field “between different groups, initiatives, alternative spaces of different contexts, built on the principles of self-organization.”

Art residences indeed shape the context by affecting the social environment. Not only metropolis, but also small towns and villages become cultural points on the world map – due to their transformation into places where a steady flow of visitors interested in art is directed.

The residence has the opportunity to experiment, search and create something new. Thanks to the interaction of artists with the local environment in a given region, not only cultural and creative spheres, but also economic are developing. The overall dynamics leads to the development of local small and medium-sized businesses, service area and transformation of public places. This especially works when city or regional authorities are connected to the residency programs. Residences improve the quality of life of the population by providing cultural enrichment of the community, creating exhibitions and educational programs.  They form people’s feelings of community, involvement, provide a basis for identification, become catalysts for the development of streets, districts, cities and regions.

The successful example: Alevtina Kakhidze nine years ago founded a residence in Ukraine, in the small village of Muzychi near Kyiv whose purpose was to attract interesting foreign artists to work in Ukraine, with the Ukrainian context. In the process of work, the second important goal was formed: the interaction of the invited artists with the local population, their familiarity with contemporary art through experimental interactive projects.

The permanent reception and study of the context of the place by the artists and organizers also takes place at the residence “Velyky Pereviz” in the village of the same name located between Mirgorod and Dikanka, near Sorochintsy and the village Vasilivka (Gogol-Yanovskyi estate) over the river Psel. The residence was founded in 2010 by Tamara and Alexander Babaki, together with philanthropist Yuri Oslamovskyi. At first it was a plein air for painters, and now artists from all over Ukraine are working here.

The main idea of ​​the residence is the desire of the founders and participants to preserve and extend the cultural heritage of the place, where Fedir and Vasyl Krychevsky, Petro Kostyrko and many other outstanding Ukrainian artists had worked. Volodymyr Korolenko and Volodymyr Vernadskyi worked there, Alexander Dovzhenko made his films. The residence is consistently holding the exhibitions. As an example, the exhibition ““Velyky Pereviz” ” of the young artist Eugene Svetlichnyi, as the reflect on his residence stay in the summer 2016, was held at the National center of folk culture “Ivan Honchar Museum” . The painter recorded an internal dialogue of impressions from the unique place in Poltava and his own history associated with the Babai village, in the Kharkiv region on which the project was based.

The residences in Ukraine are still a trend that is developing not very actively. Local residences are relatively small, but it is necessary to highlight projects on the island Biriucvyi (Kherson region), in Kharkiv – Kosice, Shargorod (Vinnytsia region), Opishne (Poltava region), and also, residences in the eastern Ukraine and the Crimea, which paused their activities for political reasons  O-Koktebel Art Residence, “House of Mechanics” in Donetsk region and “Isolation”, which was forced to move from Donetsk to Kiev). Not too many foreign artists come to us, because there are few residencies ready to host them.

At the same time, the work of our artists in international residences is becoming the ususal one.  Especially this practice is common among  the young people. A lot of art-funds, galleries, contests give their artists the opportunity to take part in foreign residences – for self-development and enhancement of portfolio.

The first foreign residence, on which Maria Kulikovska, which is one of the most interesting young Ukrainian artists, worked in 2012, significantly influenced her further work: “I was given a work studio for six months and the full freedom. At that moment, it was an absolutely revolutionary approach for me, when no one in any way controls or imposes his idea of ​​what art should be”. It was the residence of AKKU in the Swiss city of Uster near Zurich. The artist-resident studio is located on a completely rebuilt former spinning factory. The final exhibition is exhibited in an art container: it resembles a lighted shop window and is located on a small mobile platform. The container moves every four years, it is always unexpected and, of course, causes the curiosity of the public, which passes by.

The need for development of such a format is obvious: on the one hand, work in the residence gives the artist the opportunity to go beyond the limits of their daily practice and to rethink own creativity in new conditions. On the other hand, the resident influences the context, which already consists of the other artists, spectators and ones, who just pass by. The residence is the cultural exchange center: in order to understand who you are, you firstly need to know the other.

The need for development of such a format is obvious: on the one hand, work in the residence gives the artist the opportunity to go beyond the limits of their daily practice and to rethink own creativity in new conditions. On the other hand, the resident influences the context, which already consists of the other artists, spectators and ones, who just pass by. The residence is the cultural exchange center: in order to understand who you are, you firstly need to know the other.