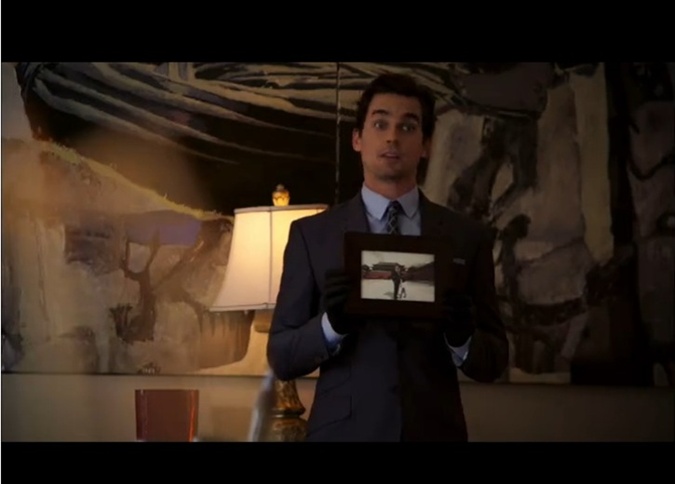 Vasyl Bazhay paintings can be seen in several episodes of famous TV shows.

Famous Ukrainian abstract art works were noticed by the creators of the American TV series “White Collar” and “The Good Wife”. Producers have signed an exclusive agreement with the artist Vasyl Bazhay to use his paintings in several episodes.

“Back to 1996 the exhibition of my paintings took place first in Chicago and then in New York – told the artist Vasyl Bazhay to “KP” in Ukraine”. – Apparently, one of the creators of the TV series attended that event. Anyway, after many years, they’ve contacted the gallerist to offer the cooperation. But I can’t say on what terms, because it only involved the gallery owners. From my side I just signed a contract which transferred the rights to use my pictures in the series”.

Character of the actor Matthew Bomer is standing near the painting by Ukrainian artist while at the home of a collector-thief.
Photo: Facebook, screen episodes of the series “White Collar”

Large-scale canvas sized 1.8 x 3.60 meters, in the style of abstract art, can be clearly seen in 14th episode of the third season of “White Collar”. Character of the actor Matthew Bomer is looking through the pictures standing near the painting by Ukrainian artist while at the home of a collector-thief. 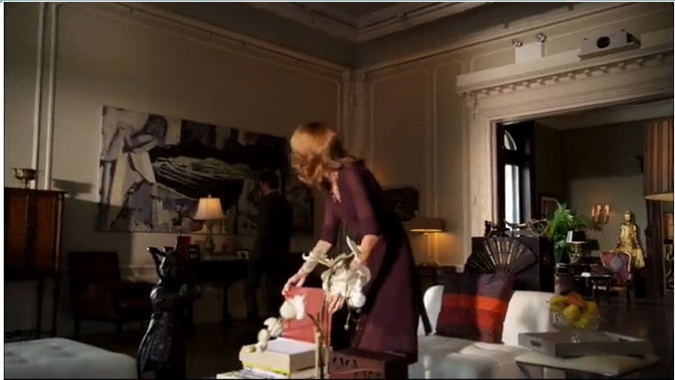 Lviv-based artist’s large-scale canvas sized 1.8 x 3.60 meters, in the style of abstract art, can be clearly seen in the 14th episode of “White Collar”
Photo: Facebook, screen episodes of the series “White Collar”

The second painting by Vasyl Bazhay decorates the interior of the law firm, which is operated by Alicia Florrick – the main character of the series “The good wife”. However, to see the paintings in detail the audience should wait for the new seventh season of drama series.

“These paintings are untitled, like all of my paintings – said the artist. –it is my principle not to give the names to my paintings, because I don’t want to distract people from their own thoughts, experiences… I would say that I didn’t watch this TV series. But my friends said that the series were quite good, and the paintings took their organic place in the fictional interior”.

Vasyl Bazhay was born in 1950. He is a member of Lviv Union of Ukrainian artists since 1991. And he is a member of its board since 1996. In 1998 he headed the section of conceptual art of Lviv Union of artists. He lives and works in Lviv. The artist is one of the most expressive Ukrainian masters of picturesque plastic arts, classic author in a field of installation, performances and ready-made objects. His paintings are full of wealth and beauty of color, variety and content-richness of formal decisions. They affect and activate human senses of perception, compelling to think. Vasyl Bazhay paintings are in museums of Lviv, Kyiv, Khmelnitsky, as well as in galleries and private collections in Ukraine, Poland, Austria, Germany, Netherlands, Belgium, Canada and the United States.