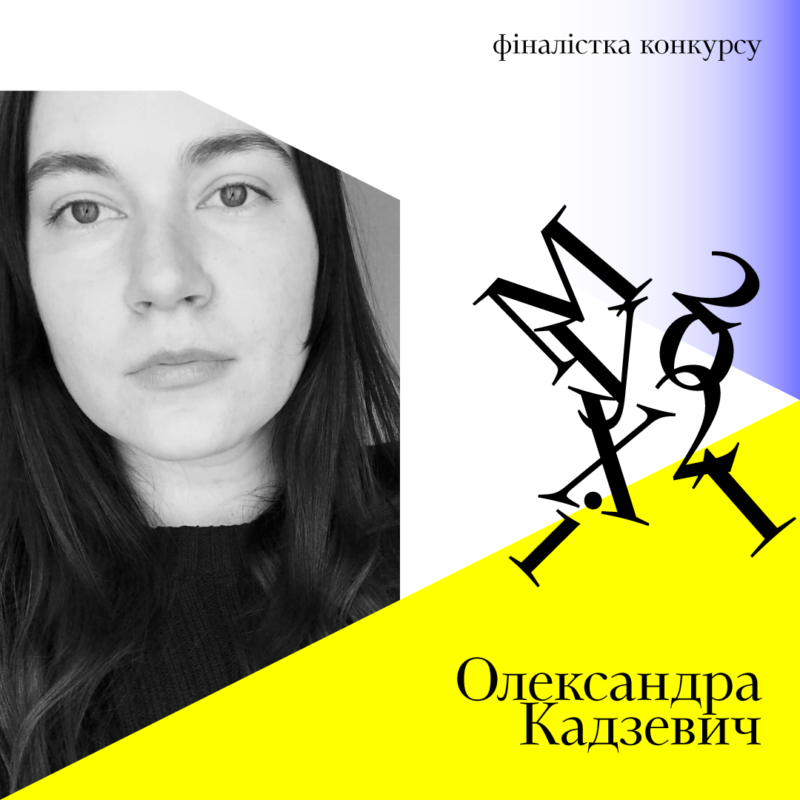 Alexandra Kadzevich was born in 1992 in Odesa. She graduated from Mitrofan Grekov Odesa Art School in Odesa, in the Department of Painting and she has also completed the course Contemporary Art at Kyiv Academy of Media Arts. In 2021 she studied at the Salzburg International Summer Academy of Fine Arts. In June 2018, she founded the artist-run space Noch in her own studio. The was a participant in the fourth SWAP: UK/Ukraine 2019 program of art residencies and a nominee for the PinchukArtCentre 2020 Award. She works at the intersection of object and painting, in which she integrates the language of collage, drawing and installation. 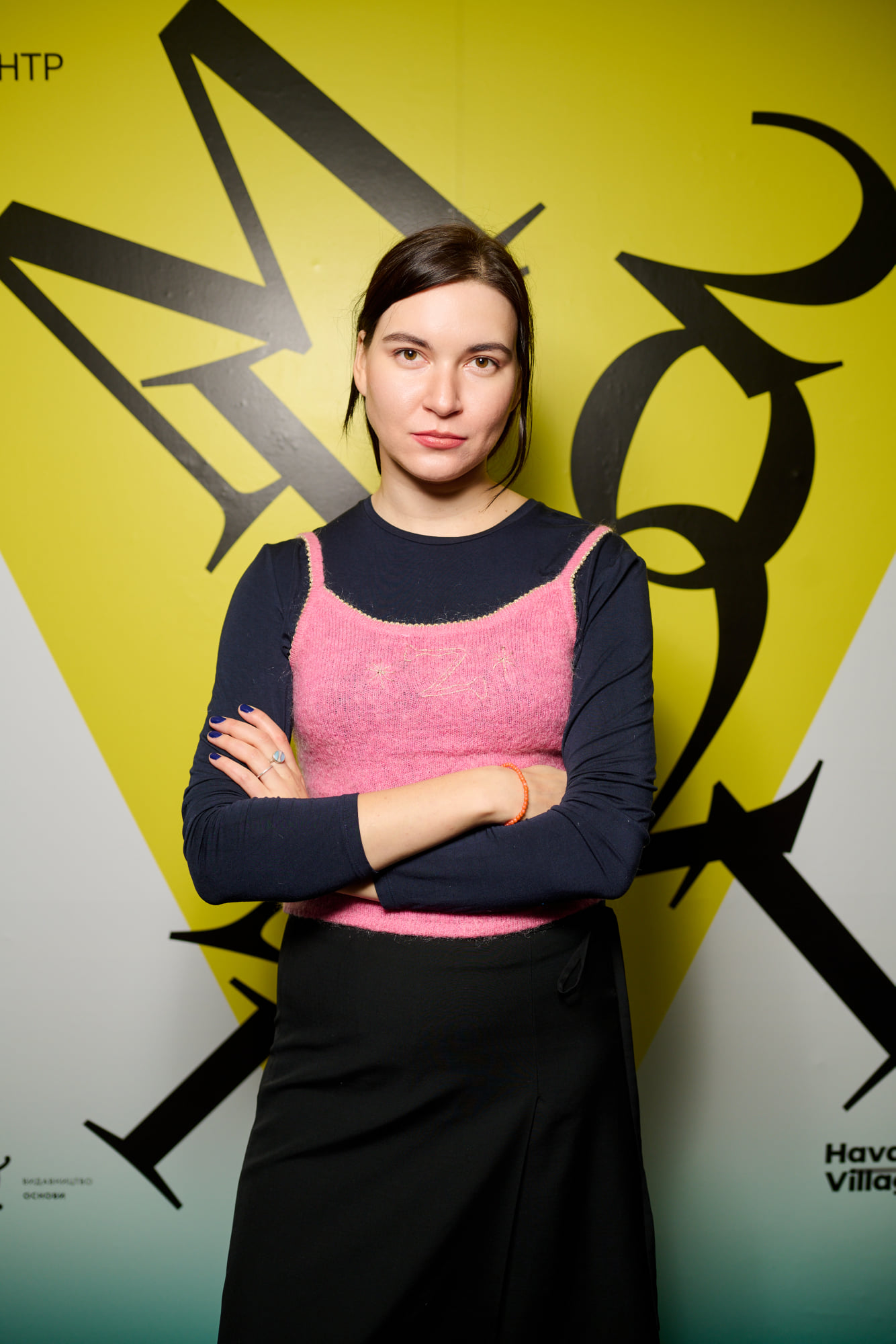 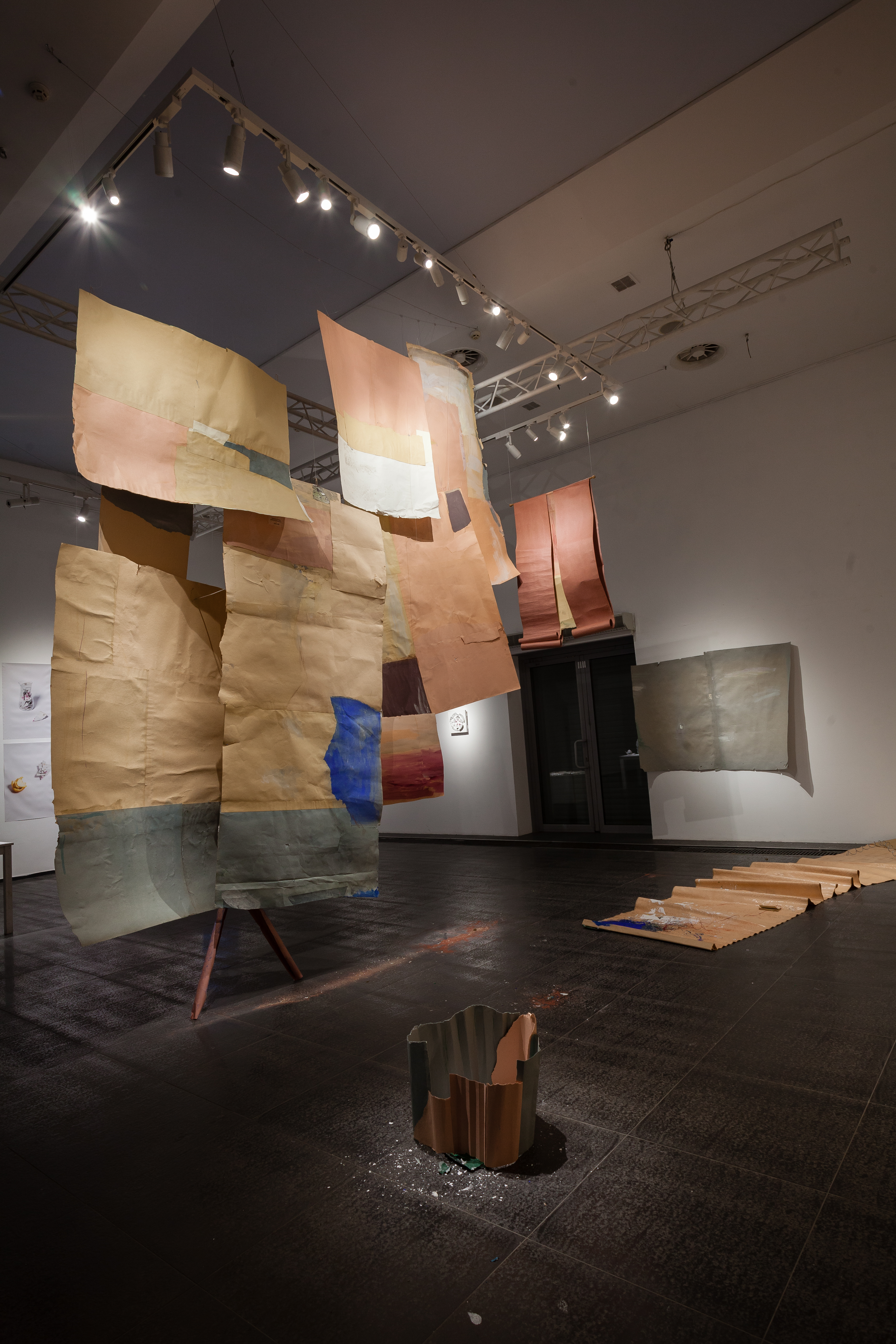 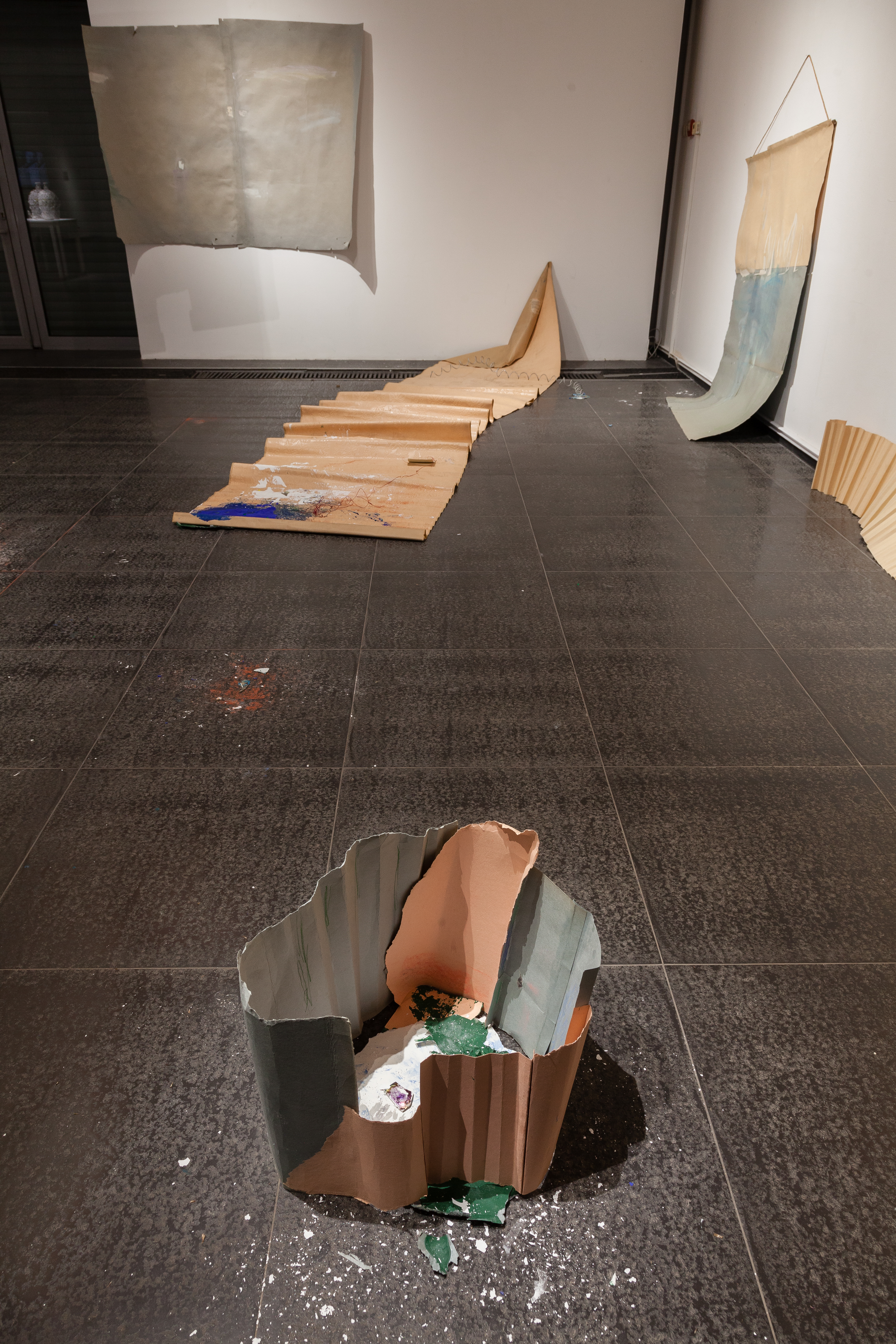 There is a small room in the Noch space, where Alexandra Kadzevich has recently been shown artist’s video works and short films. A large sheet of gray paper covered the window in this room, keeping the sun out. A few months later, the artist removed this paper. The paper had acquired a burnt, faded shade from the sun’s direct rays, which filled the main picture plane of the paper, leaving only a few initial fragments at the edges unchanged.

In this work, the artist employs light that can penetrate matter or a structure to create the illusion of instability, or the weakness of its resistance. It is a series of paper works that are labyrinthine, assembled, and woven from ruptures in the structure of objects. Auxiliary elements are used in many of them, such as transparent shells, which give them the appearance of ephemeral structures that play with light and colour. Other sheets of paper, arranged along the floor, create flat layers of paint, texture, and substance.

The artist’s works and objects frequently contain an element of fragility or instability, something that upsets their balance or even threatens their presence. She does not regard them as pictorial or metaphorical; rather, she is interested in material, physical experience. “I try to make sure that the sensory qualities of these objects elicit a response from the audience, transferring it from the mode of everyday life to the special mode of attention of the observed, where time slows down, and a new route is laid through a rhythmic pattern of delays, pauses; shifting the focus from objects to many rhythms, temporal distortions; included in the flow of infinite lack of time, filled exclusively with the process of space perception,” says Alexandra Kadzevich. The artist investigates the relationship between material and meaning, as well as the ability of scenery to influence the audience’s experience.