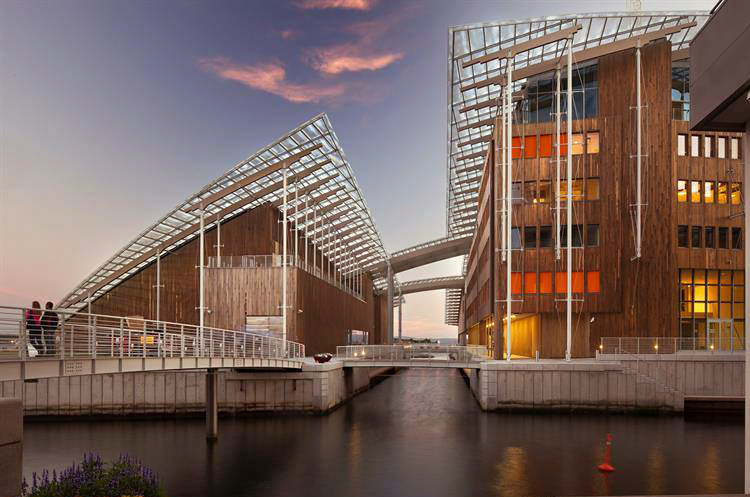 From fish to paintings: how in Norway created a private museum of contemporary art

The Norwegian Astrup Fearnley Museet is a private museum of contemporary art created and maintained by the Thomas Fernley Foundation, Heddy and Niels Astrup, as well as Astrup Fearnley AS and the Hans Rasmus Astrup Foundation. By itself, the presence of a private museum in the context of Norwegian cultural politicsis interesting. Until recently, in this country, the state financed almost all cultural institutions and media (radio, television, etc.). But in the 1990’s everything began to change, as there was a need for an alternative format museum that could introduce the viewers to the world art scene, because the National Museum focused on the Norwegian art. About the foundation and development of the private museum Astrup Fearnley Mind tells the director Gunnar Kvaran, whose creative collaboration with which the exchange of experience was organized by the Ukrainian gallery of contemporary art “Shcherbenko Art Center”. 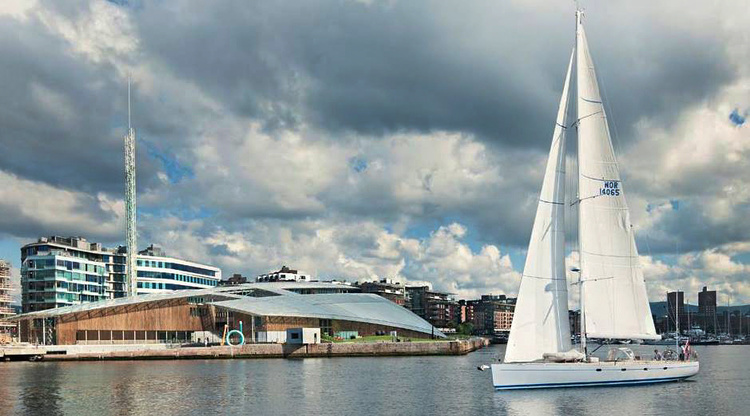 Hans Rasmus is the successor to a large family capital that built his business first on the sale of fish, and then on its transportation, in particular – shipbuilding. His ancestors in the early twentieth century decided to invest a significant part of their capital in works of art. In the dining room of this family on one of the walls hung a well-known picture of Paul Gauguin “Where did we come from? Who are we? Where are we going? “, On the other wall -” Players in the cards “Cezanne, and others like that. In the early 1930s, during the economic crisis, the family had to save its business and was forced to sell the same Gauguin. As a result, the masterpiece saved the company, and the picture is now stored in the collection of the Boston Museum.Who founded the museum for what? Consequently, the family tradition of collecting was extended to the present by Astrup – Hans Rasmus. Together with their twin brother, they began their own branch of the collection in the early 1970’s. The brothers were able to buy works of representatives of contemporary European art, including Francis Bacon, David Gokney, Lucien Freud – first of all, representatives of the French, English and German art scenes. And in the 1980s, Hans decided to open a private museum. The reason for this was the purchase of the “Library” by the prominent German Anselm Kifer – one of the best in his series of such works (about 10 in total), which was the cornerstone of the museum collection. The first museum building was opened in the administrative center of Oslo in 1983. 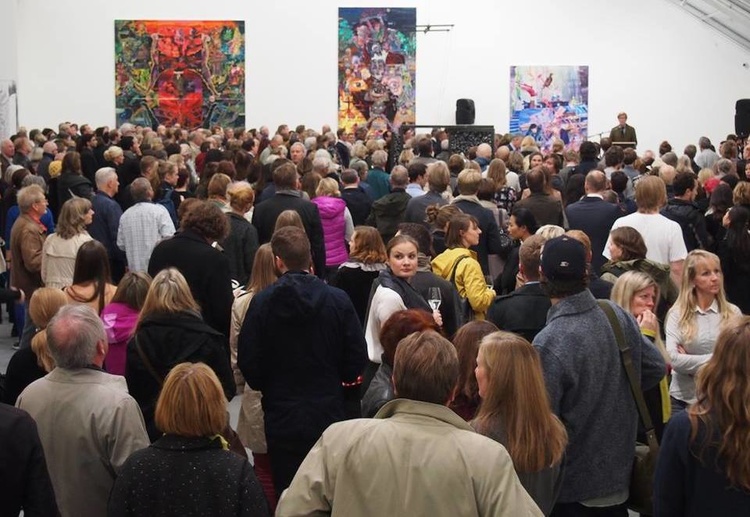 Hans Astrup decided to museum his collection and bring it to the international level with the idea that the Norwegian art scene could be polyphonic. He began to buy works by the most brilliant contemporary artists: Sigmar Polka, Gerhard Richter, Gilbert and George and others. And the next step was the purchase of American contemporary art.

The main idea was that the private museum should not copy the methods of the state: to collect works in a strictly chronological order, to organize the representatives of one direction or another, with the idea of, first of all, the domestic school and tradition. The museum should have been different and could afford it. Astrup himself suggested an ambitious method: to gather the most prominent American painters (who, according to the museum’s staff, changed the course of art history), and to do so “in depth” – to collect their best, most important works. 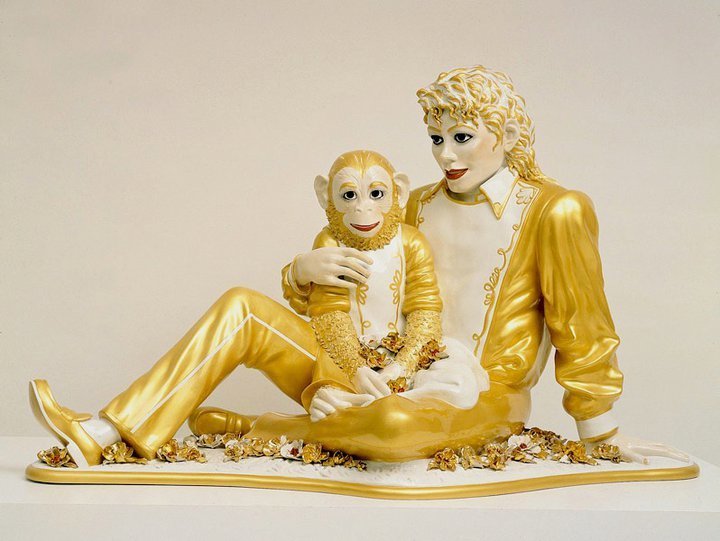 How did the museum become a business card of the city? From 1993 to 2012, the museum was located in an administrative building in the city center. But the window in the world there was relatively small. Meanwhile, the city authorities, together with the port city of Oslo, decided to open a competition for the development of a urban plan around a small island off the coast – “Island of Thieves”. The competition won the firm that developed a plan with the building, whose architect was to be Renzo Piano, a prominent modern architect. The museum was offered to move to this new building, its planned area was 3000 square meters.

It was tempting, but the museum immediately asked for 10,000 square meters. m – and got the consent. Consequently, Renzo Piano arrived in Oslo, examined and explored the area, the coast, the port … And after a while sent a project of the building – it was a masterpiece, one of his best works inspired by the landscape, sea birds and sails. Is it a bird’s wing, or a sail resembles an incredible roof of the museum – you will not say it. This roof is located under the slope and thus gives the museum rooms dynamics and diversity. Because of this, the establishment of the first exposition was a challenge for us, but now we are accustomed to it. And today the museum building became one of the Oslo business cards. 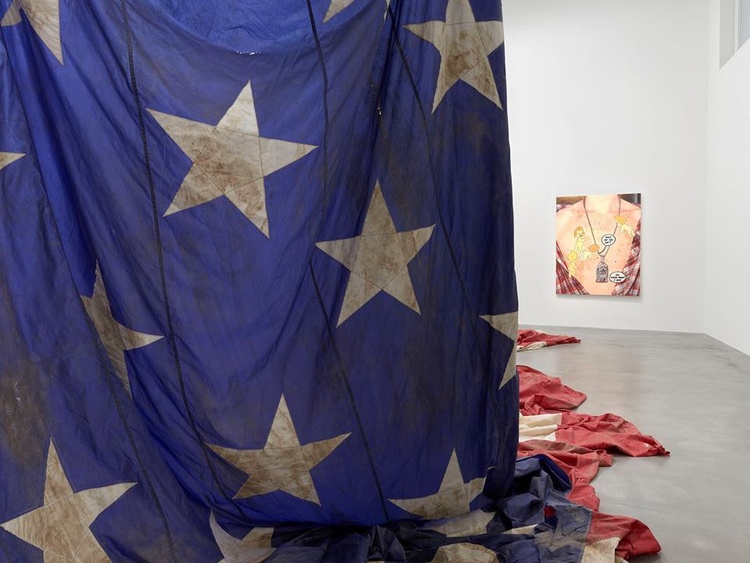 Can a private museum be profitable? So, then how is it – to direct a private museum in the “kingdom of Norwegian socialism”? The museum almost does not receive either state or city support, because they understand, take care of their own cultural institutions. There was built a different business model, whose core is its team. While the staff of the National Museum is 130, the Astrup Fearnley employs only 30. There is an administrative department in which all matters related to the building, the department of the art program (curatorial and educational units) and marketing.

The budget of a private museum is about $ 5 million: the art program costs about $ 1.5 million, team salaries and guardies – $ 1 million, current costs require about $ 2.5 million. It is worth noting that the museum leverages the security provided by a private company and this very expensive. However, at the expense of tickets, a museum store and hire of halls (usually in the evening), the museum returns about $ 2.5 million, or 50-60% of its own expenses. For comparison, the National Museum reflects only 5% of its annual budget. The source of funds is Hans Rasmus Astrup. He does not have children and transfers his inheritance to the fund that cares about the museum. 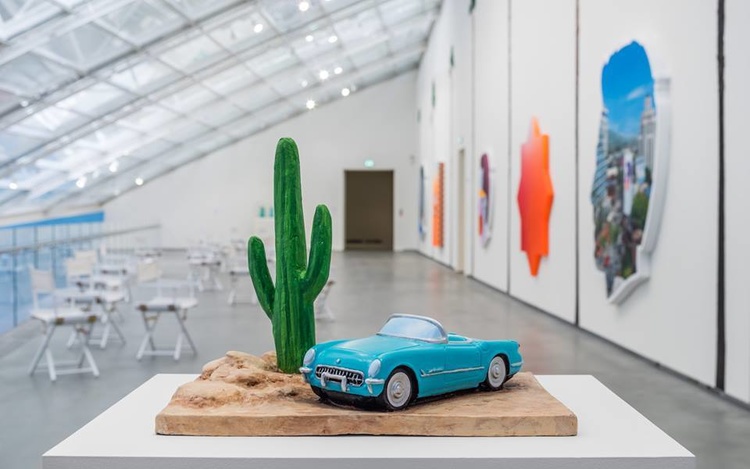 But the works in the collection are incredibly expensive. For example, the works of Richard Prince, Cindy Sherman, Charles Rey, Matthew Barney (almost 60 of his works), Damien Hirst today are about ten times more than they were when the museum bought them. In addition, most of their works are designed to exhibit it in the museum space, but not at someone else’s home. There are also large-scale architectural installations in the collection (Jane Cardiff & Georges, Bures Miller, Olafur Eliasson, Rirkrit Tirawanija). For example, the installation of Clamor artists Allora & Calzadila represents a bunker, in which each day the live chamber orchestra plays live – try to imagine how much it costs to put up this work. 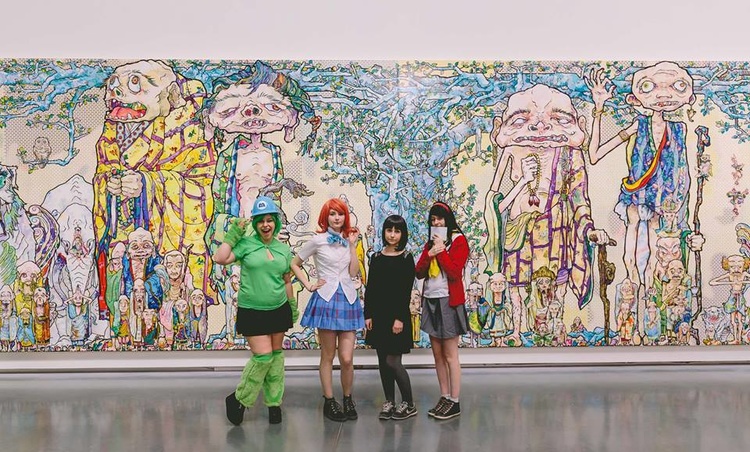 The museum decided to form a small Chinese collection, focusing on the third generation of Chinese contemporary artists. And during the last 10 years they have concentrated on young American artists, because they are still inexpensive today. Therefore, since the early 2000s, the director of the museum traveled to galleries in American towns looking for talents that have not yet grown (Mike Bouchet, Dan Colen, Nate Lowman, Paul Chan, Frank Benson, and others). 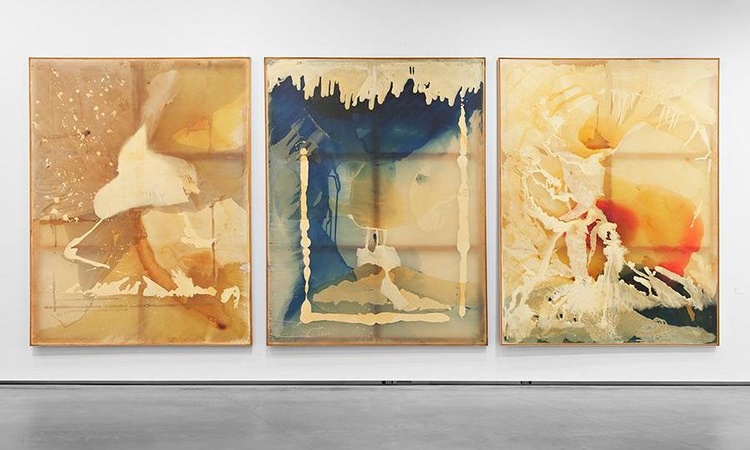 What are the peculiarities of the work of the museum? A separate and important direction of the museum’s work is the discovery and research of various parts of the world art scene in the format of geo-cultural exhibitions. They consider developing regional scenes in the global context, but with their local specifics. These are exhibitions such as Uncertain states of America, China power station, Indian highway, Imagine Brazil, Europe, Europe. The museum is trying to open such an exhibition every 3-4 years. At the same time, he regularly makes a retrospective of one outstanding artist whose work is in the collection. And there are also two more exhibitions here: a young foreign artist and a Norwegian artist. The museum has a small collection of Norwegian artists, but only in the context of international dialogue. 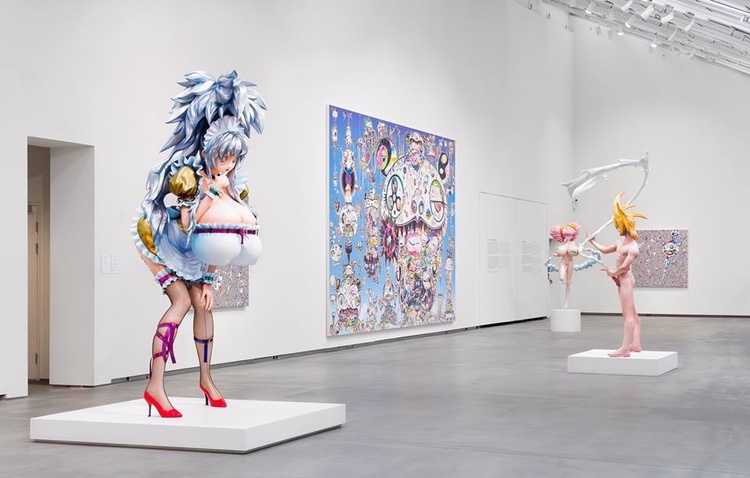 In general, the institution’s activities are realized in about four exhibitions a year, along with a regular exhibit of collectible work that is regularly transformed. But beyond the purely exhibition program, there is an obvious need for the integration of the museum into Norwegians. What is being done within educational programs at different levels: for children, adolescents and adults.

Exhibitions are always backed up by a variety of media: texts, videos, mobile apps, audio guides, and more. Three years ago, a survey was conducted among visitors: who they are and why they go to this museum. It turned out that most of them are representatives of the middle class, people with higher education, although in Norway it is the majority of the population. Three quarters of the respondents said they go to Astrup Fearnly to learn more about contemporary art, because Norwegian education has a weak artistic component. 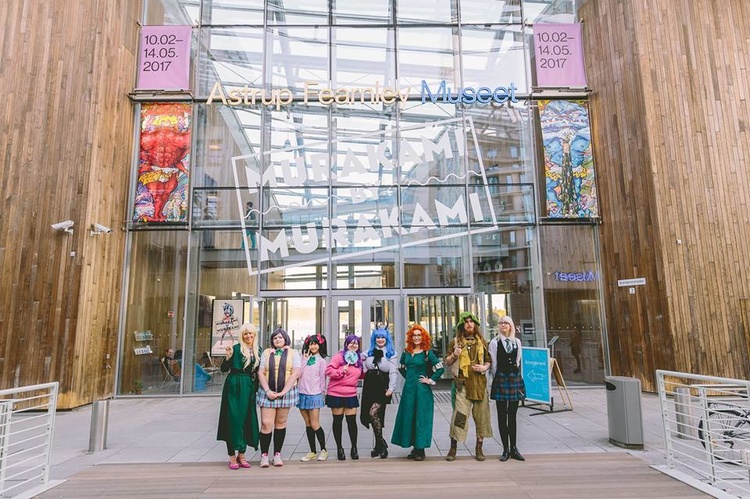 It is worth saying that in the last 10-20 years Norway has been experiencing a boom in interest in contemporary art. In Oslo, this is especially due to the renewed urbanism: it was recently a very introvert city, with almost no coffee shops, good restaurants and public places, except for space for walks to work and back. But the new plan of urbanization has brought a powerful change: along the shore of the sea, almost in the center of the city, a number of cultural institutions were built. Around them there were cafes, and the gastronomic scene of the city in general was substantially developed. People began to enjoy their city, showing interest in contemporary culture and art. After all, the meeting with this “frenzy” of works of contemporary art was a new provocative experience in comparison with mass literature and cinema. In addition, the museum counts on family leisure, and in accordance with this develops educational programs. From the trade of fish to the pictures: how in Norway created a private museum of contemporary art. 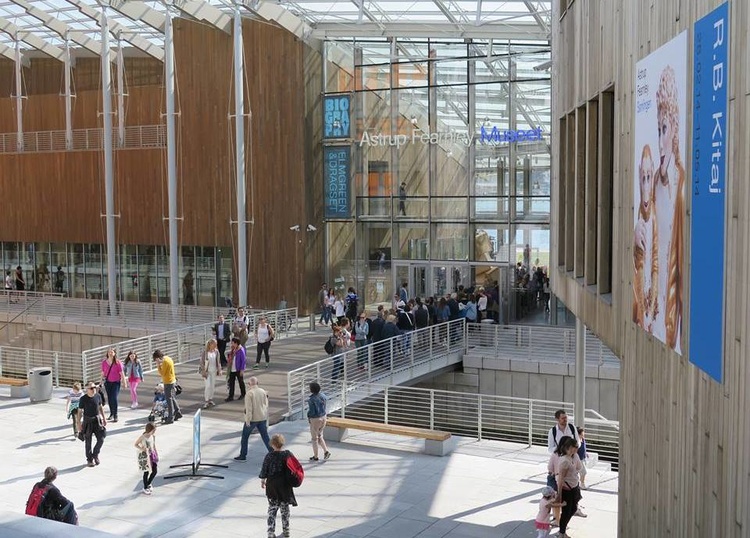