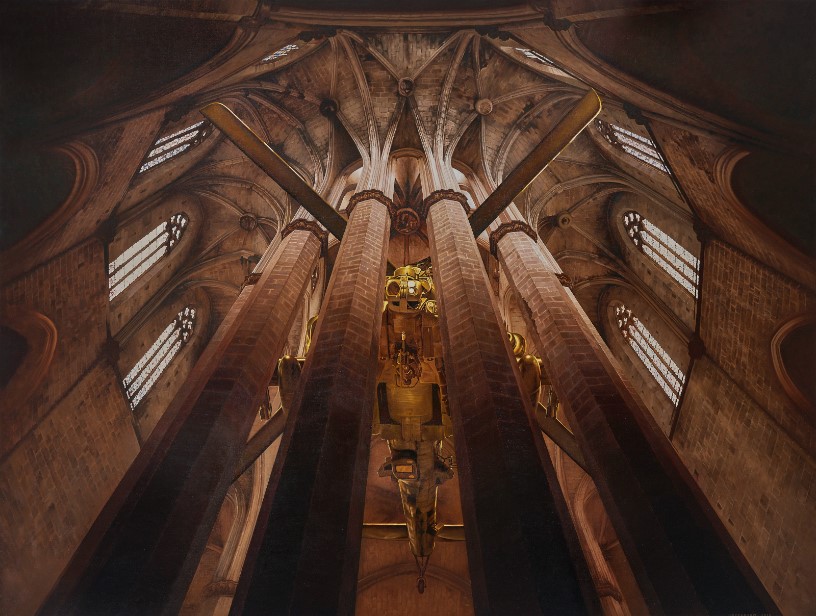 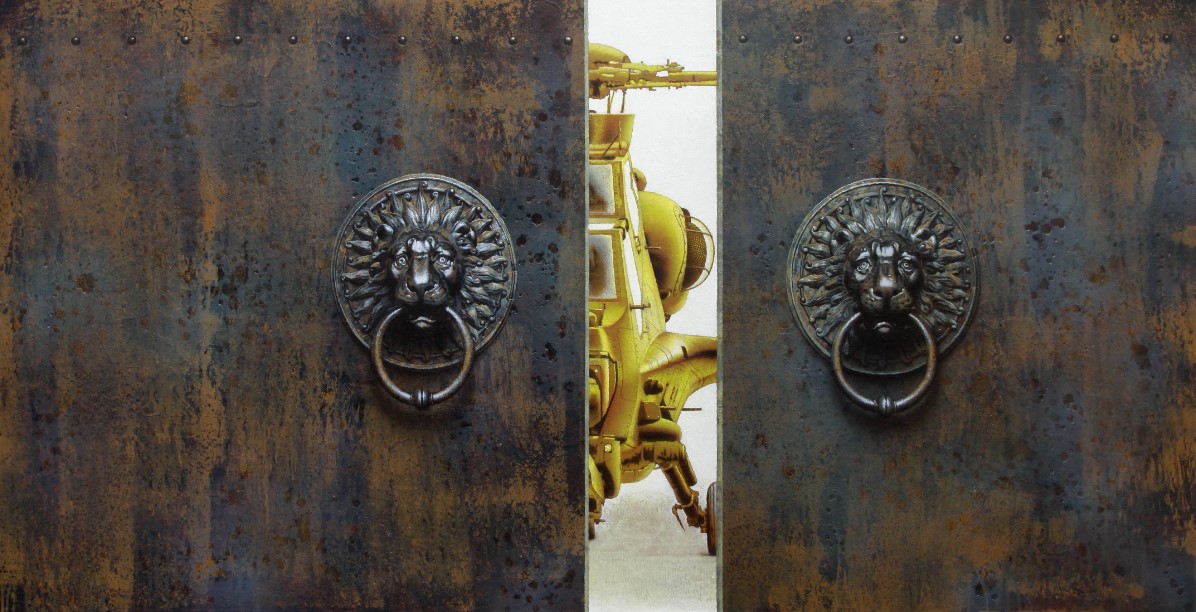 Project by the Belarusian artist Alexander Nekrashevich within the framework of Kyiv Art Fair.

“Civilizations appeared and disappeared, the borders of states and confessions changed, some gods replaced others. But one of the immutable gods, to whom humanity worships at all times and regularly makes sacrifices to it, is the God of War”

Alexander Nekrashevich has been working on the “God of War” series for the last fifteen years. The artist creates monumental canvases depicting modern military objects in the symbolic context of the Middle Ages. Large-sized paintings make a spectacular effect and amaze with excellence of the smallest details.

In the Alexander Nekrashevich’s works extremely realistic images of jetfighters merge with the images of Gothic cathedrals. One of the paintings shows the urban landscape, composed of dozens of such fantastic structures. On the other one – the nose of the jet stands at the top of the Tower of Babel. Like precious reliquaries, fighter aircrafts are covered with gold and encrusted with gems. On such a grand scale and magnificence, military equipment appears as an object of worship.

The artist connects two opposite images – the image of the temple and the image of a military aircraft. The first one praises the Creator and perpetuates the skill of the architect. The second becomes an instrument of destruction and bloody sacrifice. Both embody a cult in which beauty exists alongside death, and luxury alongside cruelty. The main question is “which beginning prevails in human: creative or destructive one?”