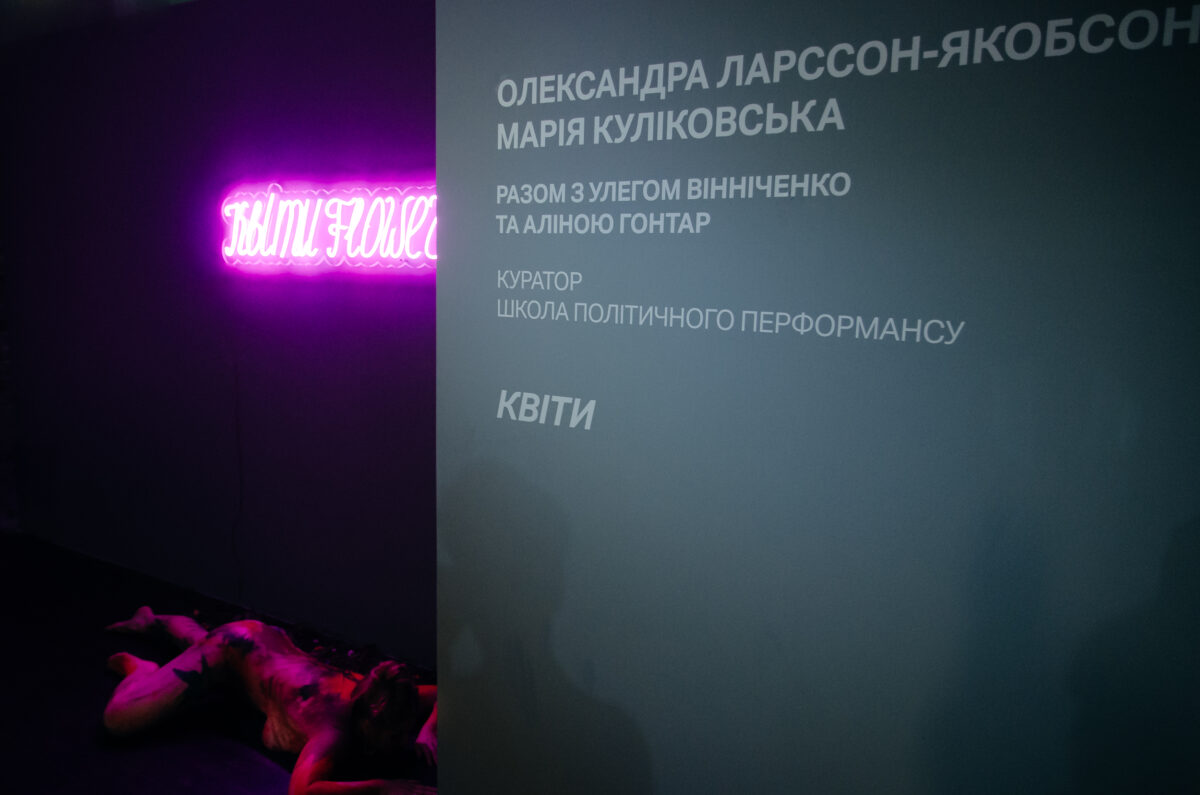 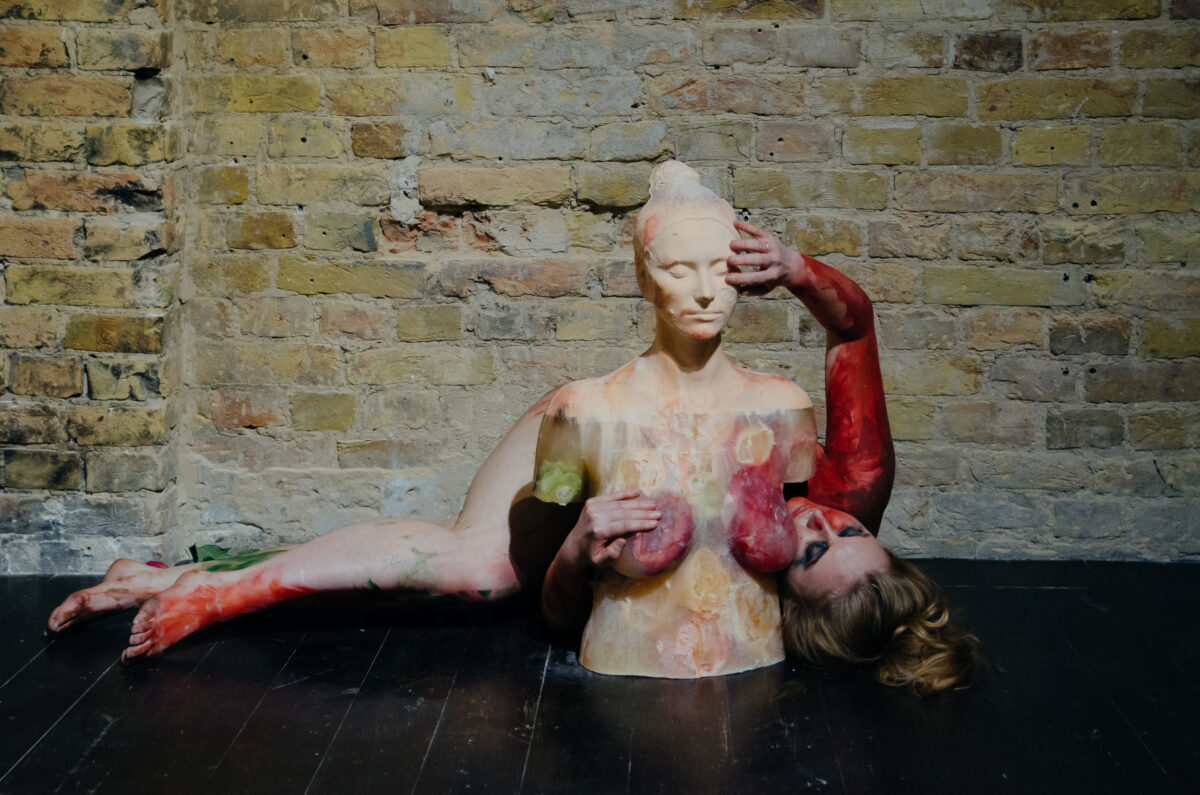 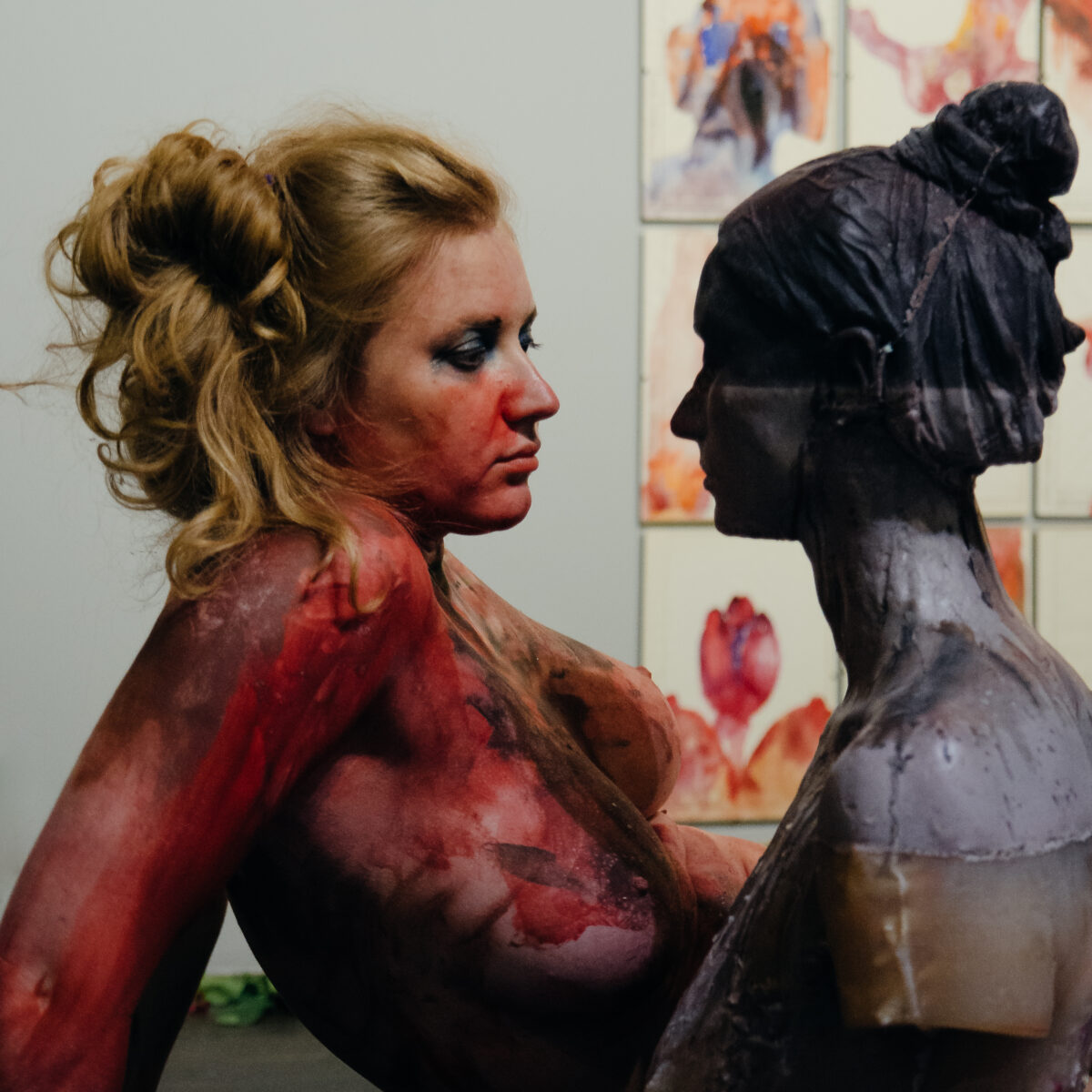 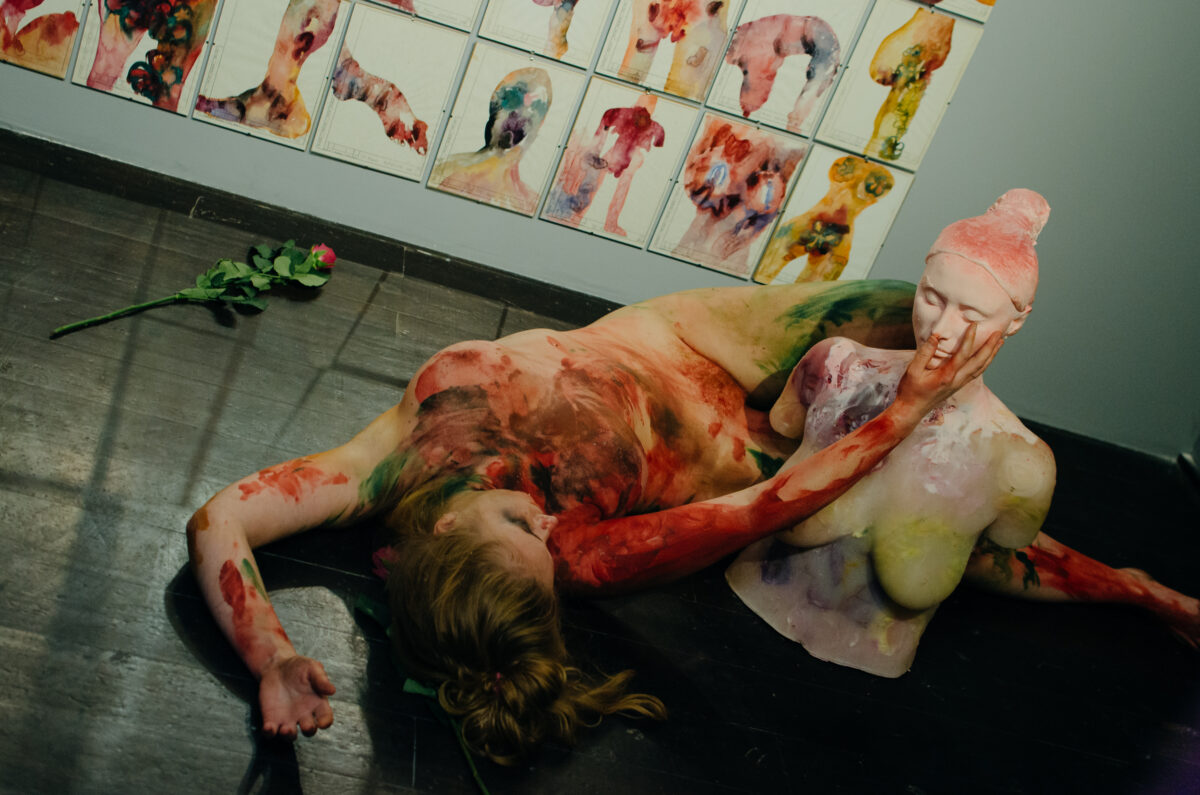 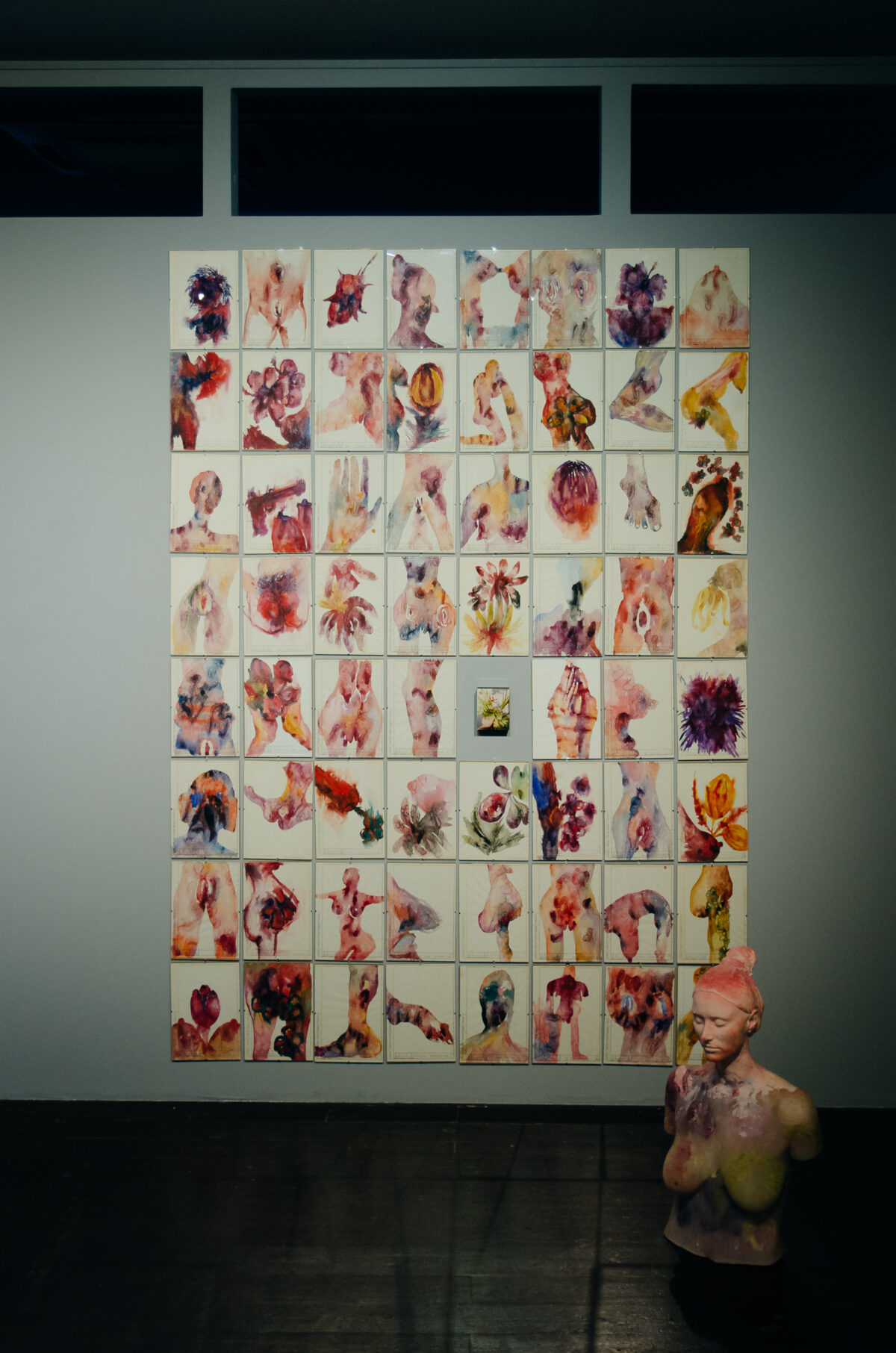 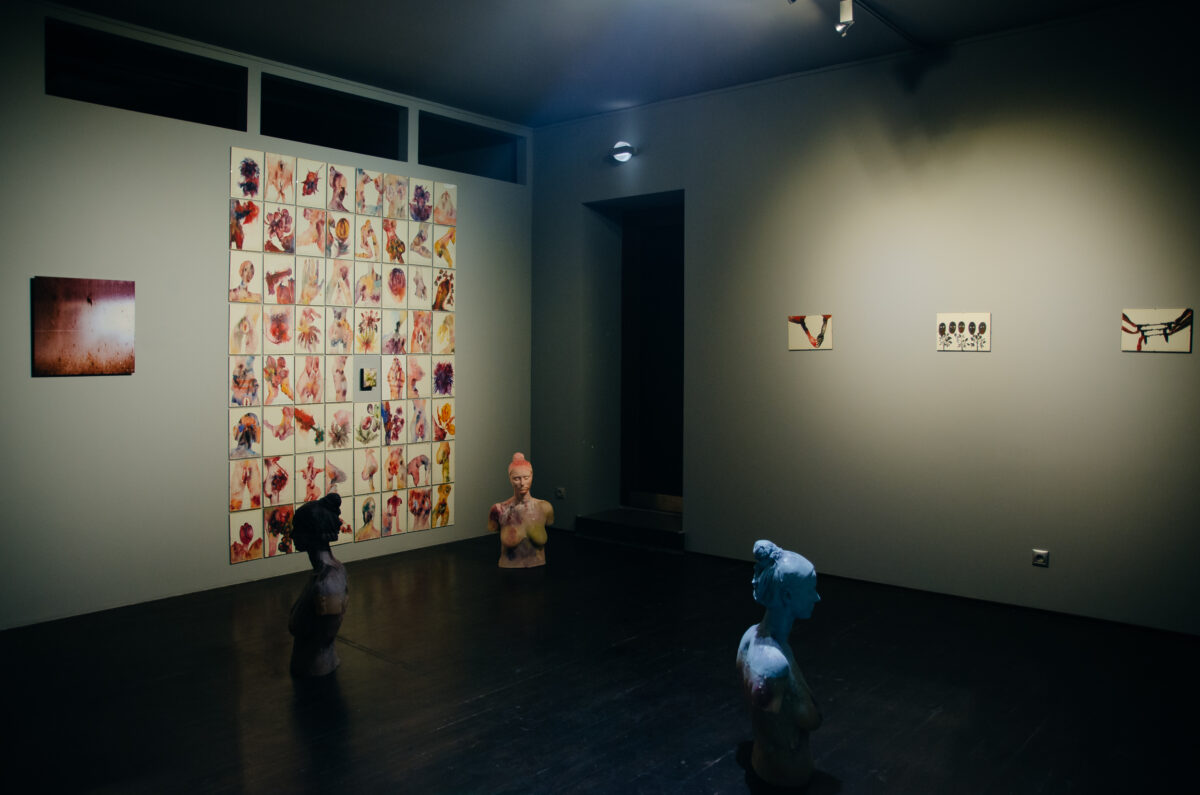 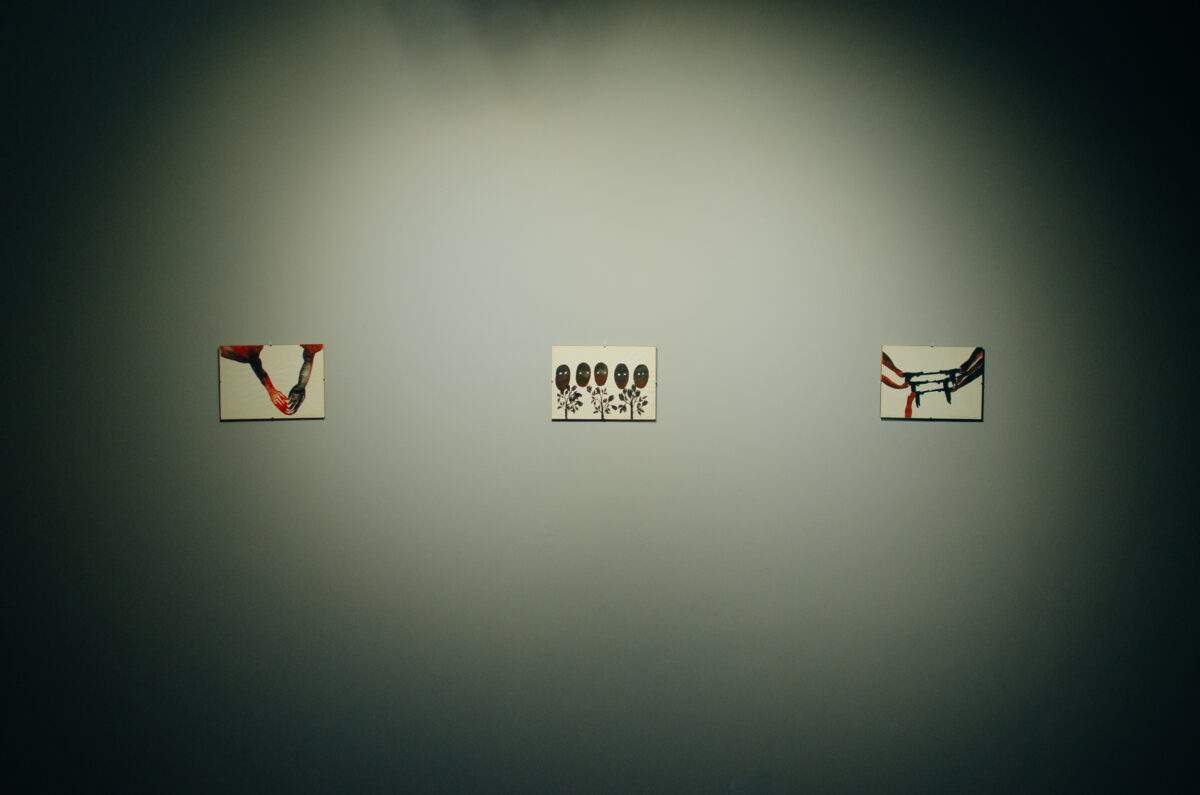 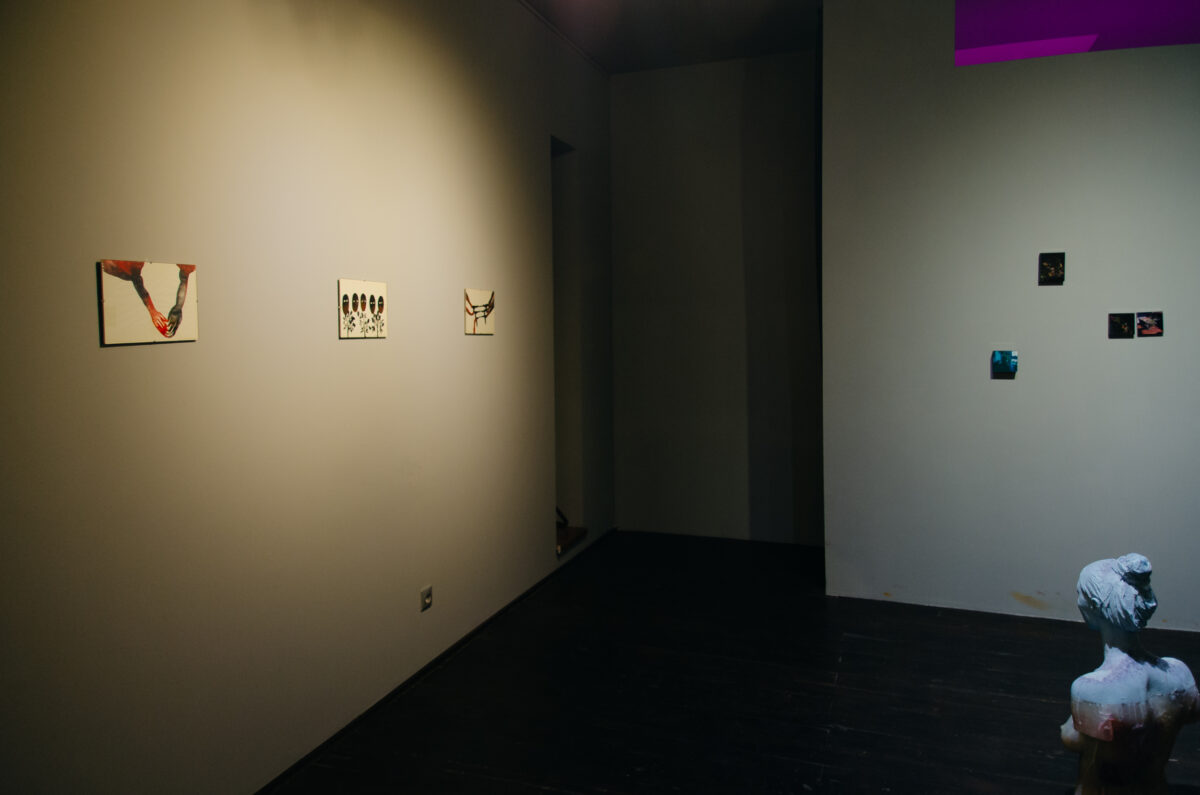 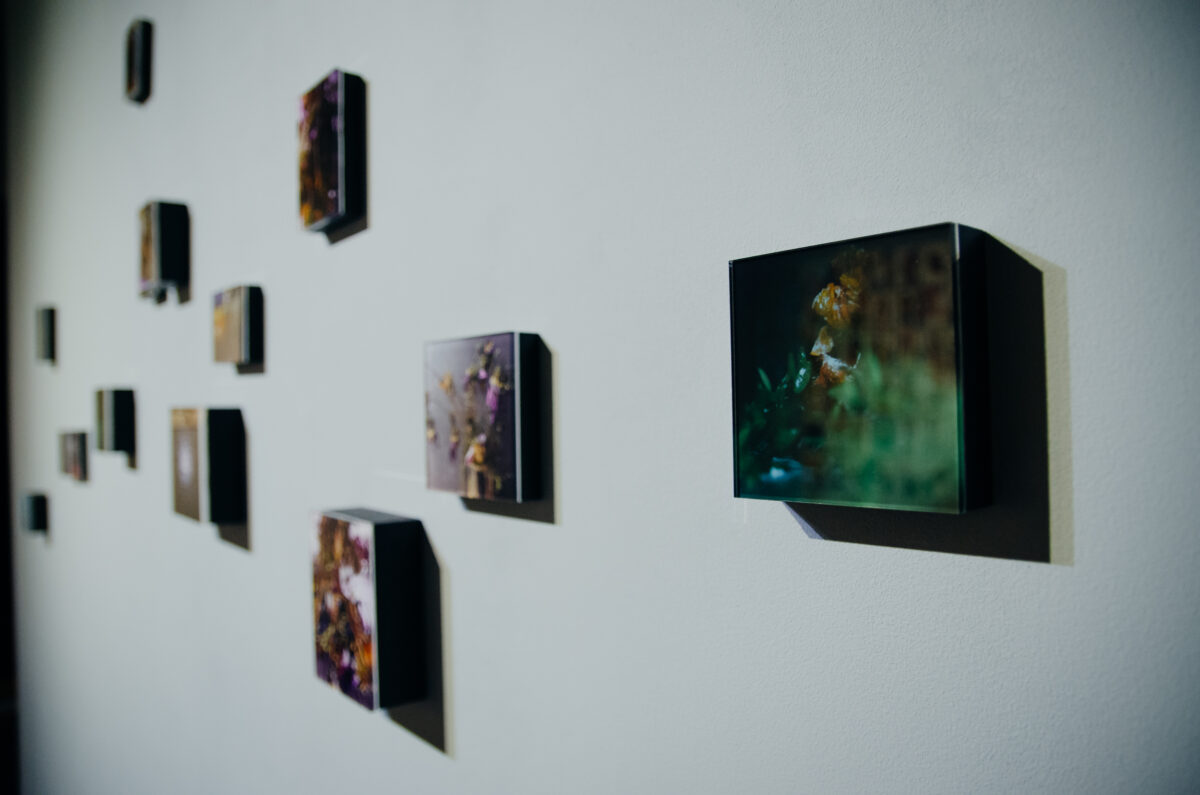 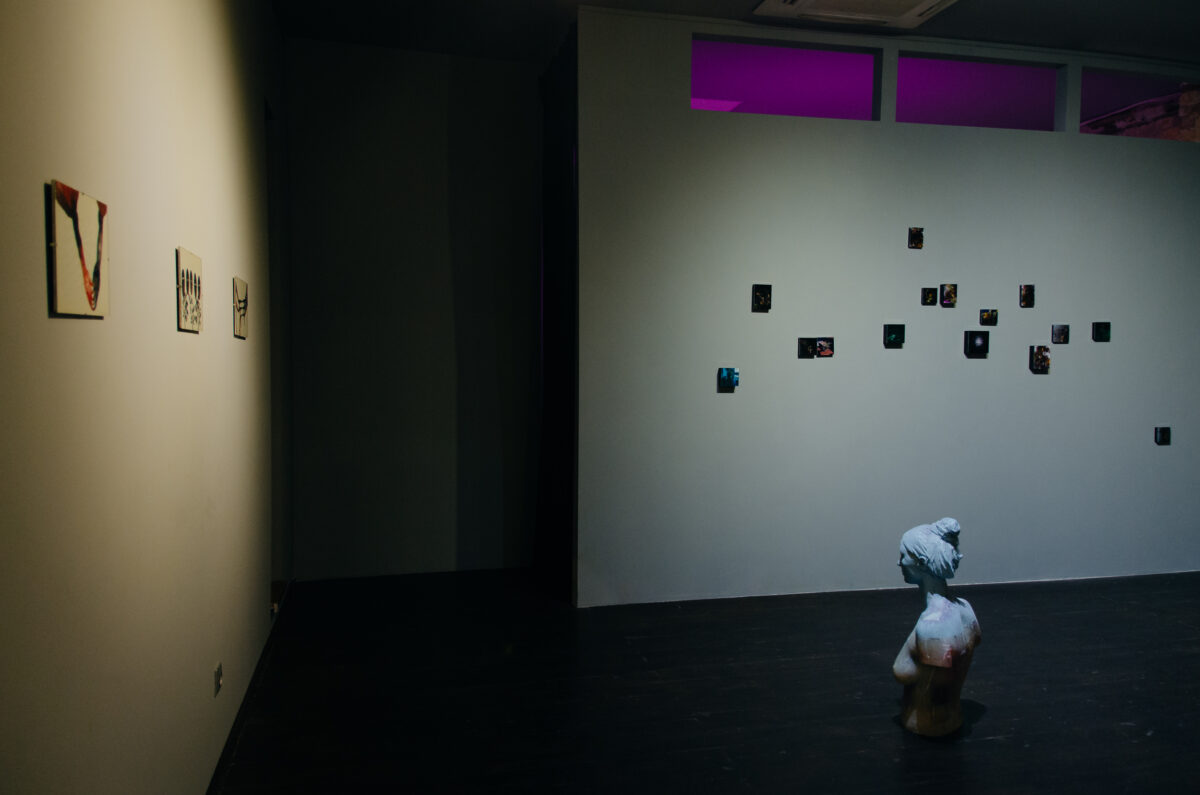 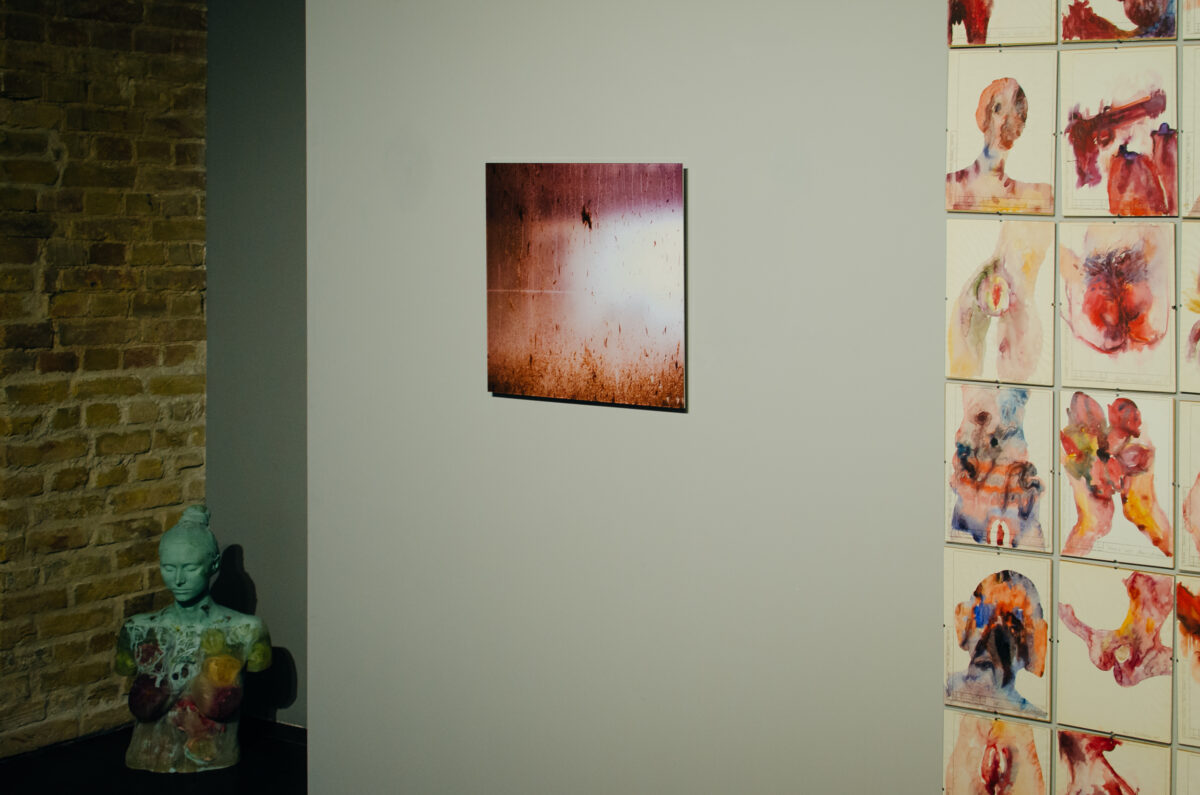 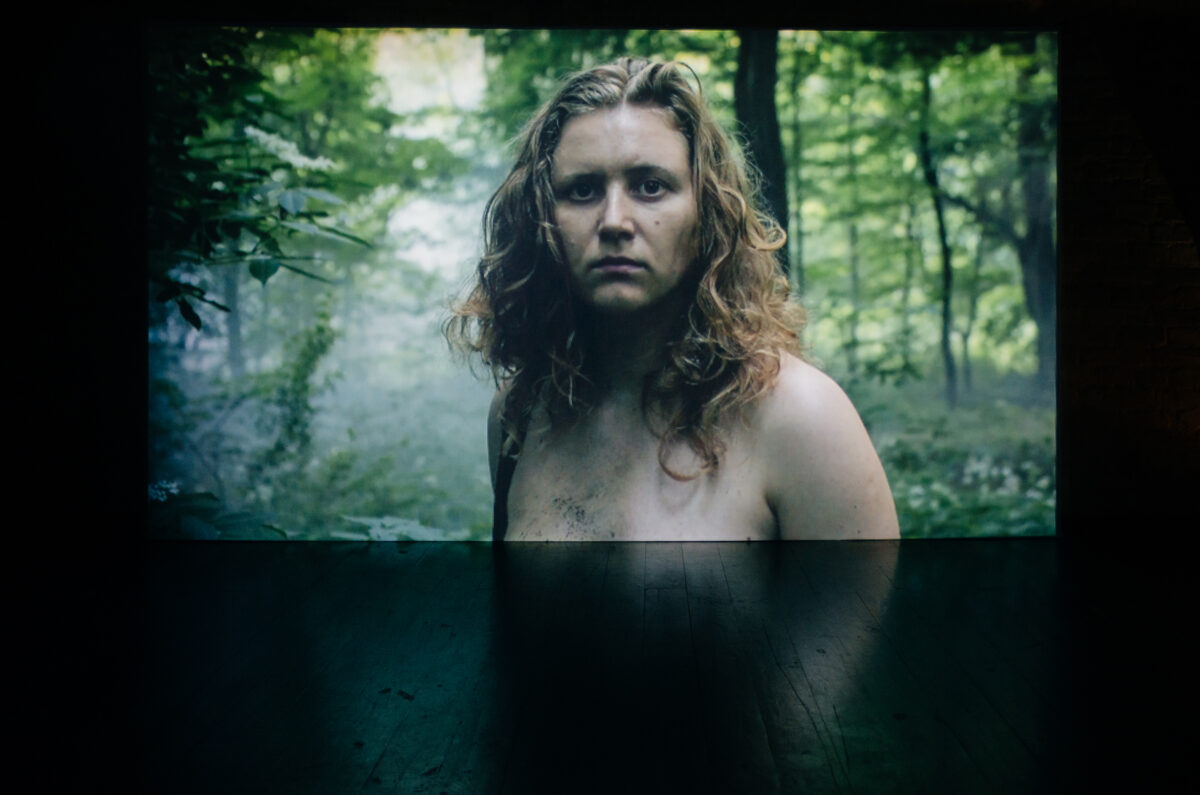 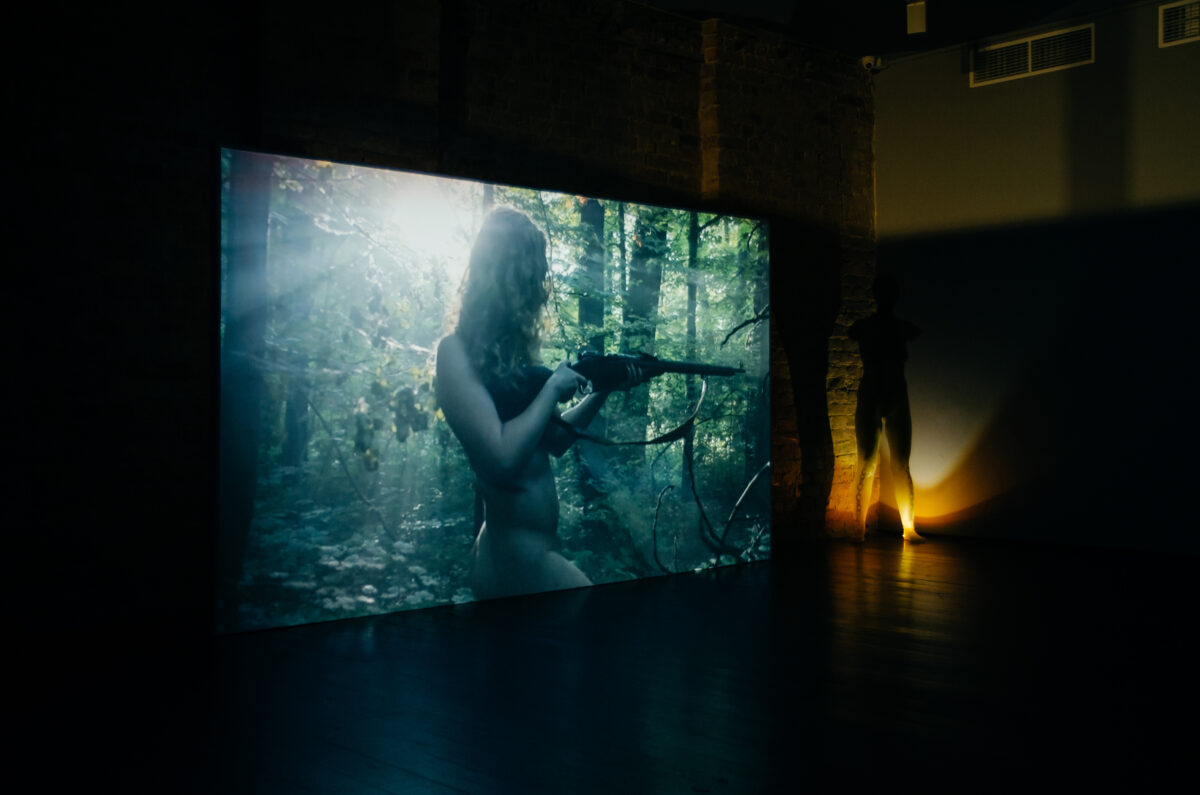 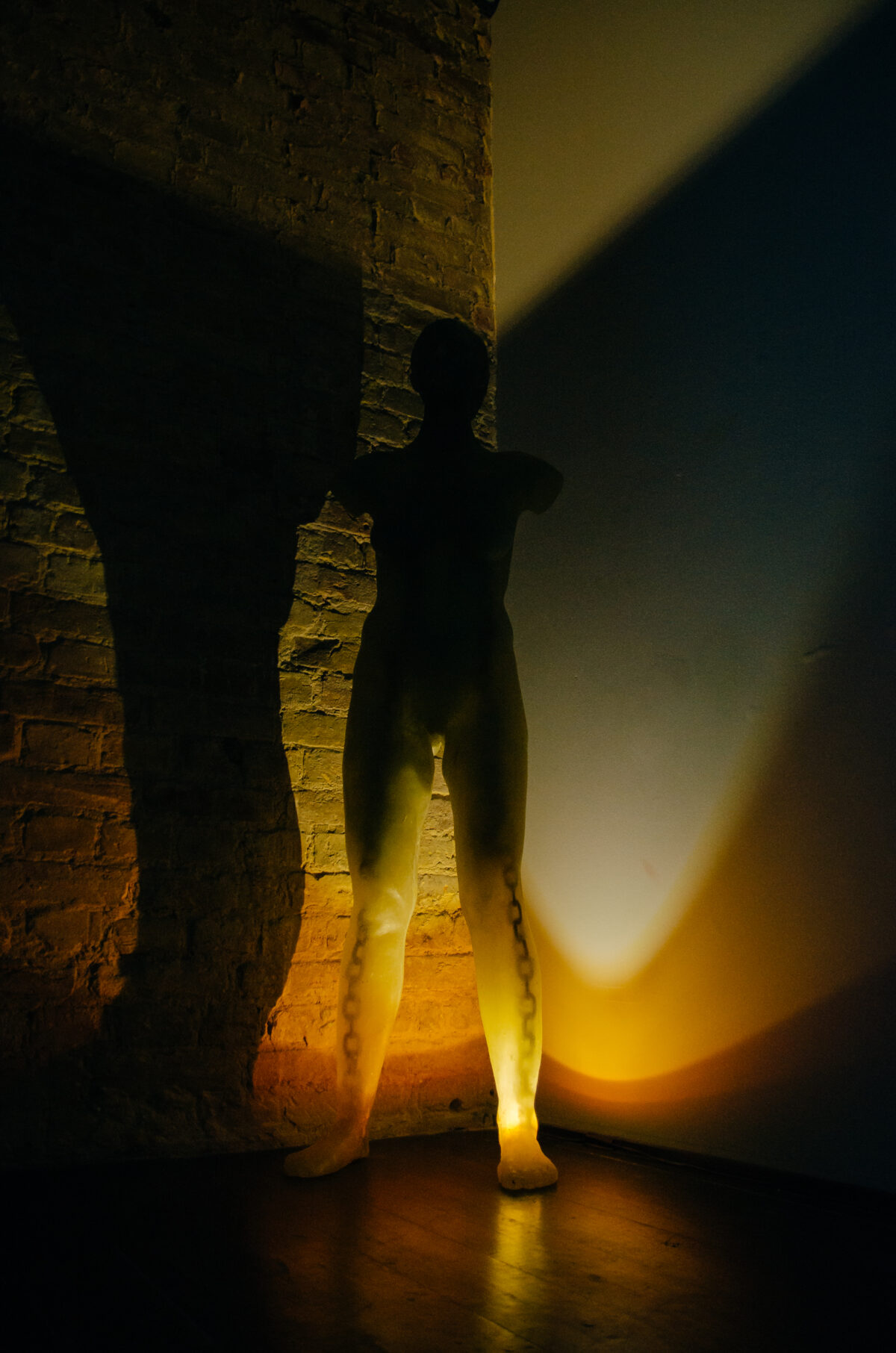 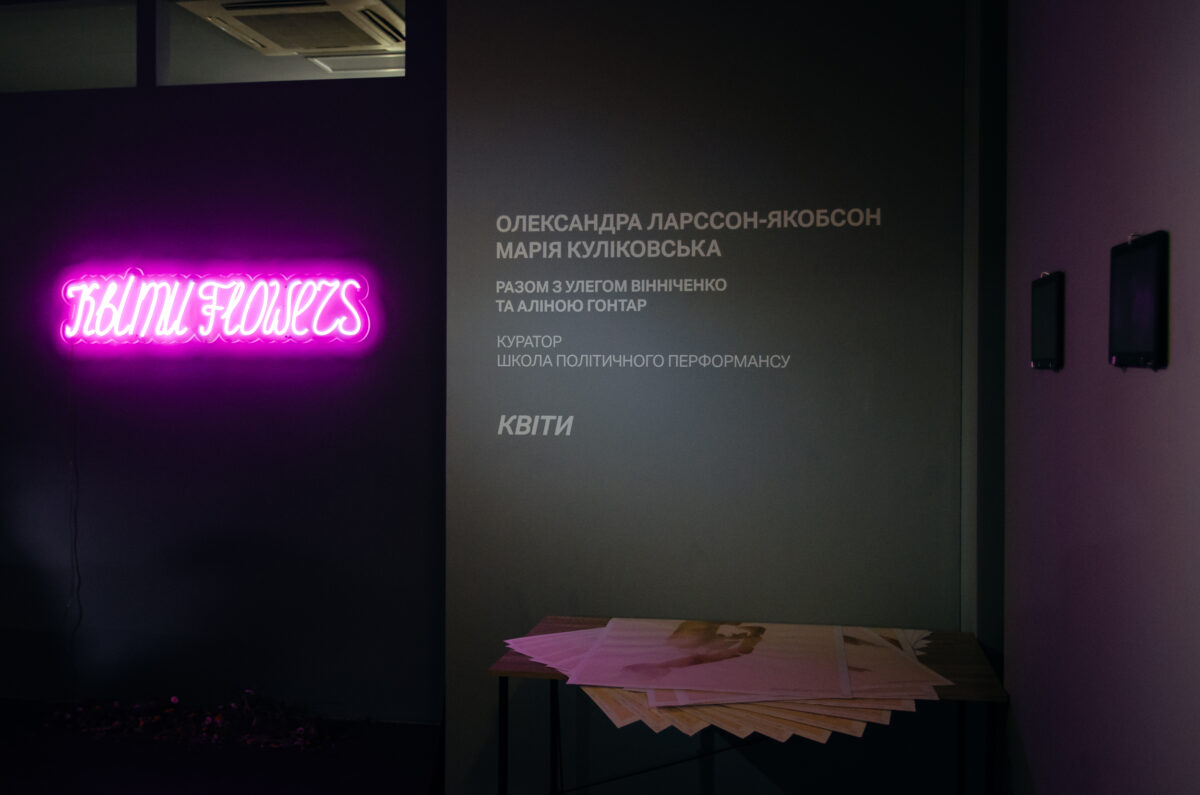 Artists who participated in the project: MARIA KULIKOVSKA, ALEXANDRA LARSSON-JACOBSON

The figurative and semantic content of the exhibition is centered around the Body-Skin-Shell- Membrane-Skin-Woman complex concept proposed by the authors. The project name also contains the semantic ambiguity of the Russian word “цветы”, which is in harmony with the word colors. The artists offer their own interpretation of femininity in relation to personal inner traumas and society, power and boundaries, motherhood and its absence.

For two years, Alexandra has been photographing flowers that fade, rot, wither – just cut off, but already dying. She started this series at the time she gave birth to a baby. Initially these photos were a kind of reflection on the transformation of her life and body, a new status in society, as well as a kind of subconscious psychological therapy and a way to break free from internal fears and memory injuries.

Maria’s works lead the viewer into a constructed reality where the body, sensuality, sincerity, ferocity, femininity, new identity and heroism are overcome by childhood traumas, fears and conflicts generated by the turbulent world. Watercolor drawings bleeding on old paper for architectural drawings, busts of an artist made of ballistic soap and flowers, a video where Maria shoots herself and wanders nude in the woods. The artist invites to her inner world and offers to share her personal trauma. The one from which she escapes into her own forest of flowers, while exposing carefully hidden skeletons in the cabinets of the viewer and society.