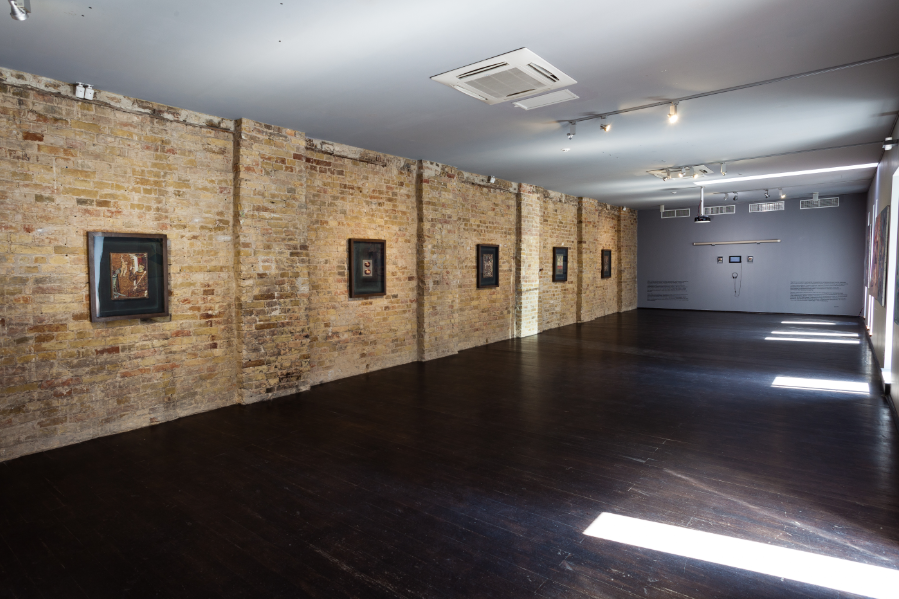 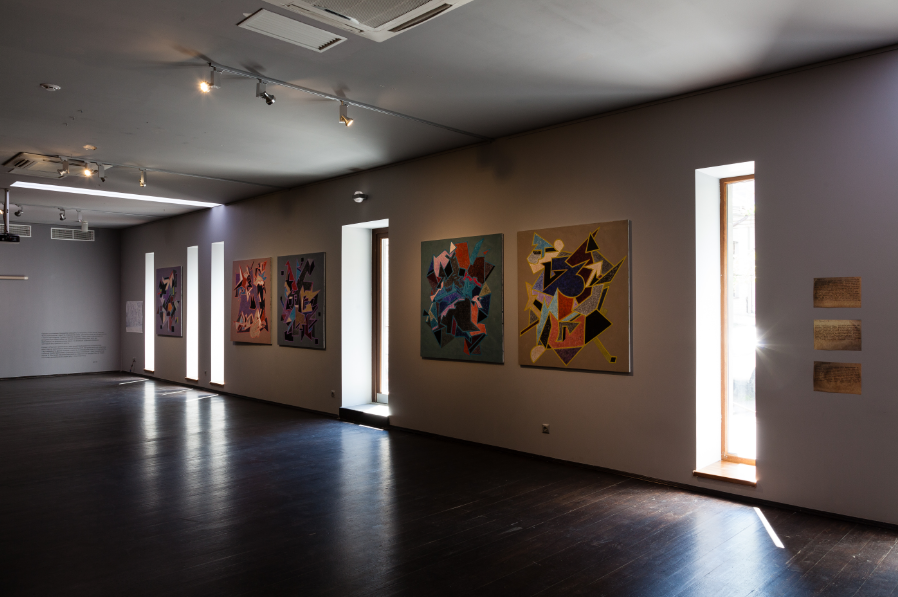 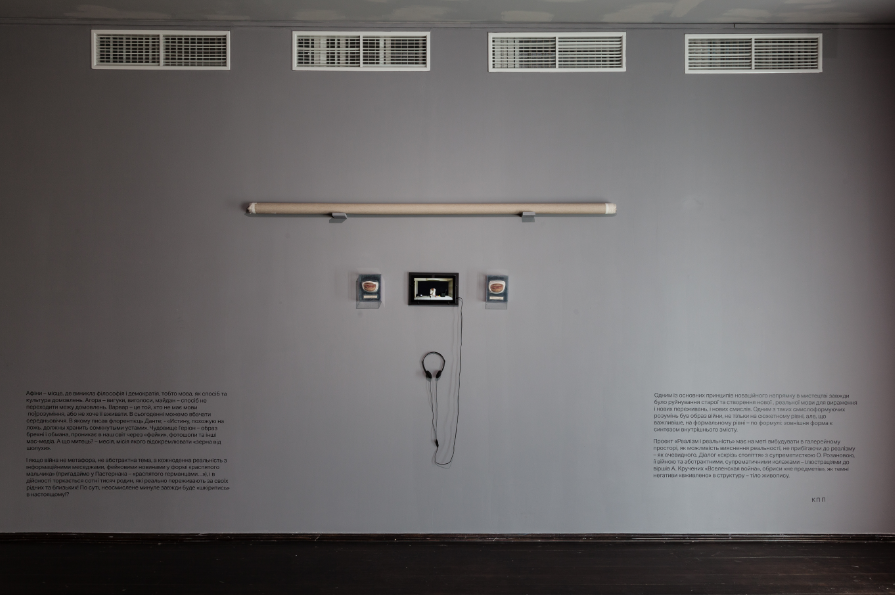 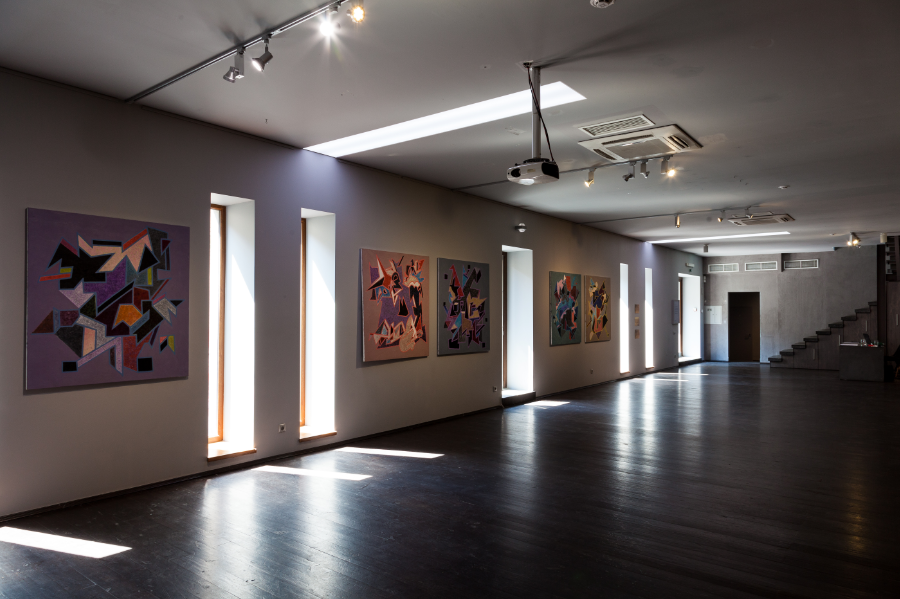 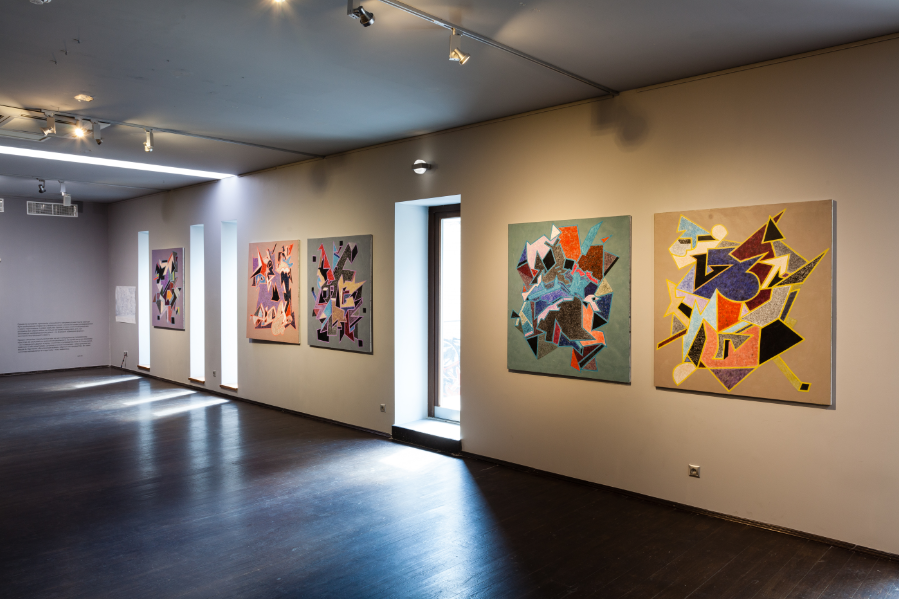 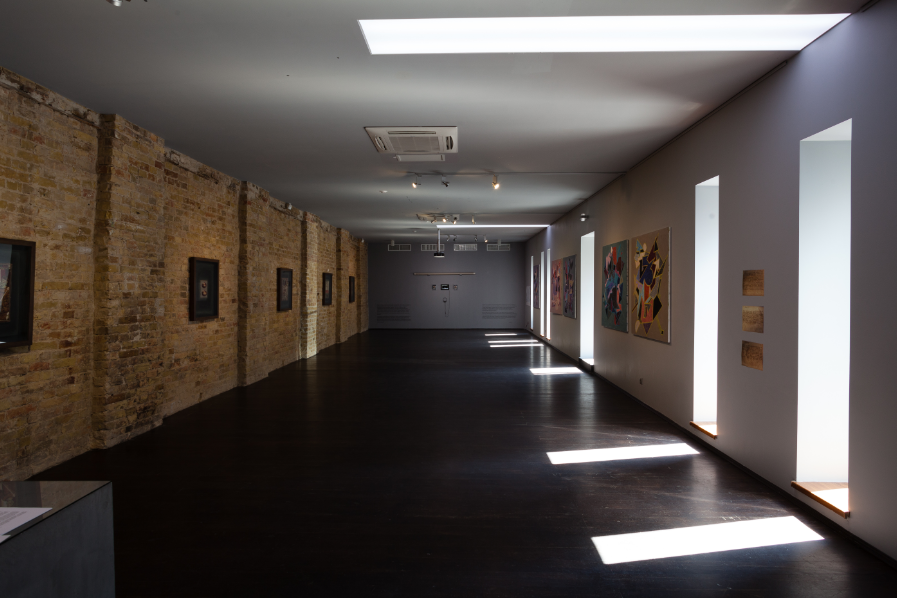 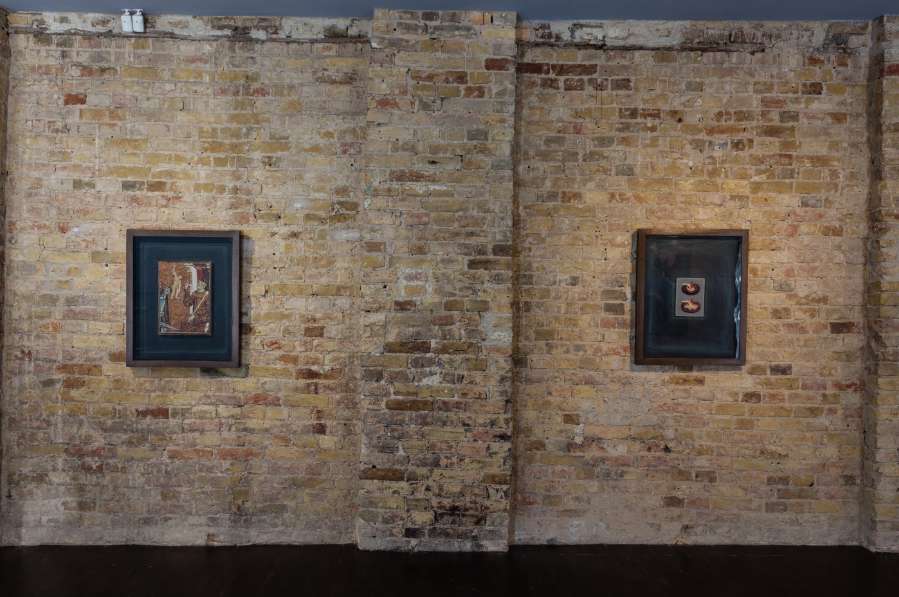 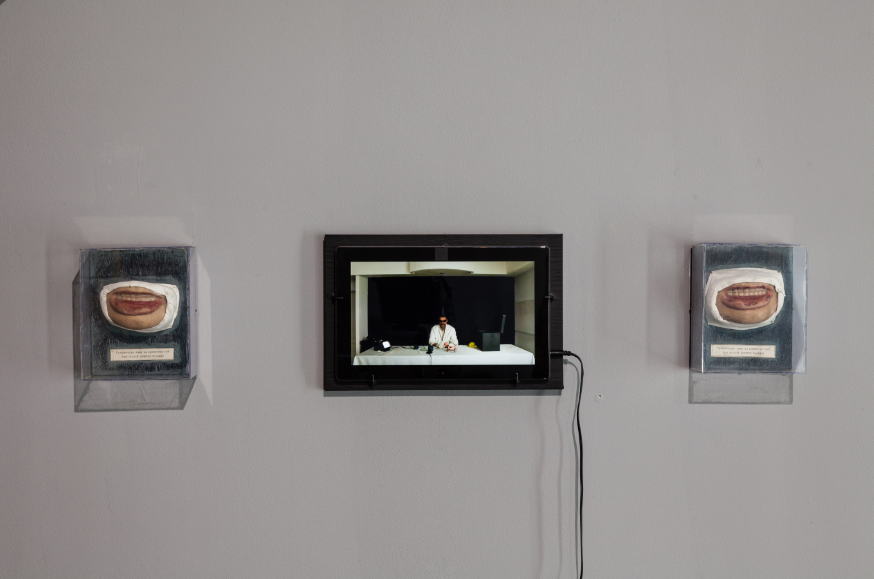 At the end of May, the famous Uzhhorod artist Pavlo Kovach (senior) presented a new solo exhibition “Realism and Reality” at Shcherbenko Art Centre (Kyiv). The project contained a number of components: photographs filled with a layer of silicone, a contour drawing of a mosaic with “numbered” characters, medical visual aids, video performance… and a series of oil painting.

Collecting the components of the exhibition, the artist reminisce three personal memories-impressions, which as a result gathers up in a holistic questioning. This is the impression from viewing the reproduction of the mosaic “Massacre of the Innocents” in the album on the history of Italian monumental art. And a dialogue with the avant-garde artist Olga Rozanova and her series of suprematic illustrations to the poetic collection “The Universal War” by A. Kruchenykh. And – unexpectedly – the memory of the transfer of the UzhNU premises to the Mukachevo Greek Catholic diocese and of the dismantling the university medical and chemical laboratories.

Three “stories”, three “documentary facts” – as they are called by Pavel Kovacs – were put into the logic of his own art-project. He refers to the question of art and suffering relation, the artist’s ability to create during war and/or on the topic of it, to transform a terrible, painful reality into a new, artistic one. Cimabue, who completed the medieval tradition of a conditional, decorative depiction of suffering. Olga Rozanova, who in the form of a Suprematist collage broadcasted poetic images of the war, frightening and delighting at the same time. And an unknown artist – the author of academic mock-ups of internal organs. All of them create their own reality, in which the viewer believes and compares it with what history, mass-media or personal experience tell him/her.

“And if the war is not just a metaphor, not an abstract theme, but a daily reality with messages, fake news in the form of a “crucified boy”… and in fact concerns hundreds of thousands of families who are really worried about their loved ones! In fact, the nonsensical past will always “grin” in the present!?” – Pavlo Kovach asks.