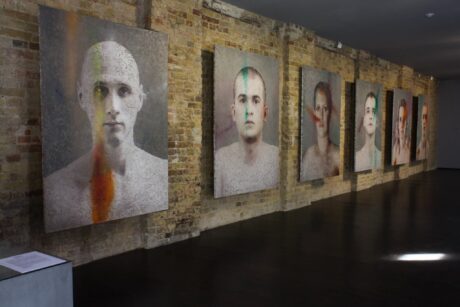 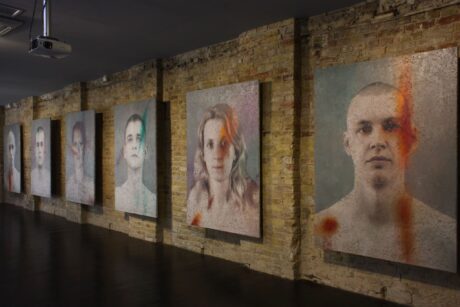 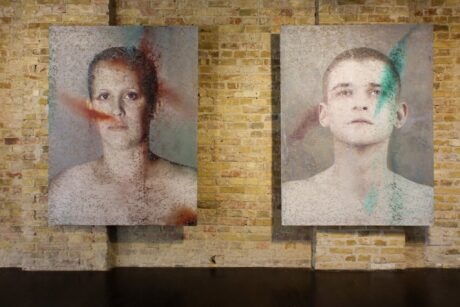 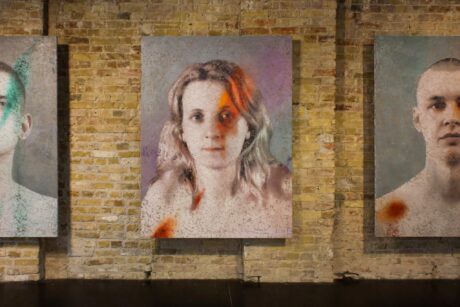 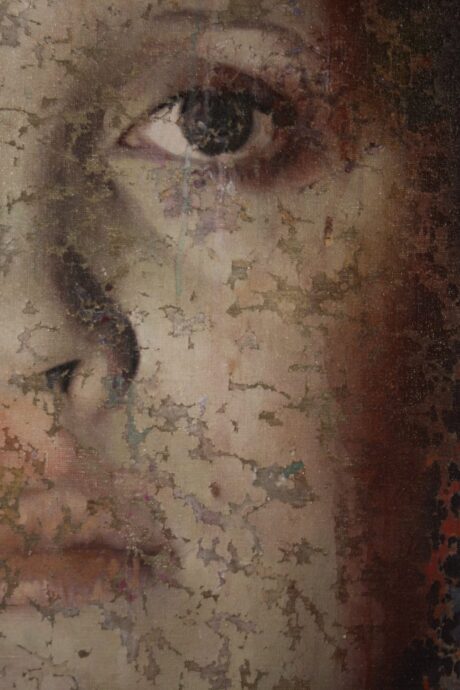 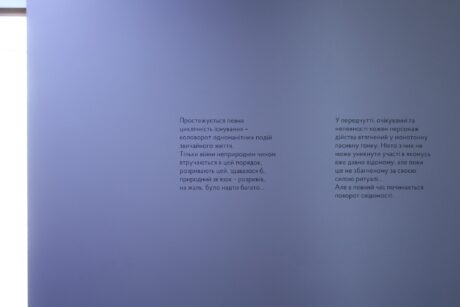 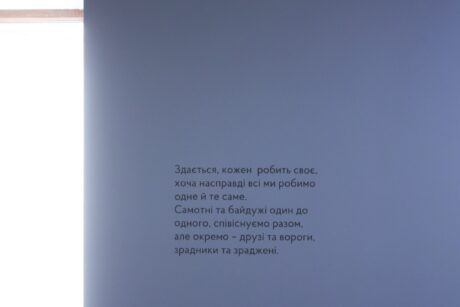 Artists who participated in the project: Sidorenko Viktor

The “Witnesses” cycle – is a logic continuation of transparent anthropological research. A person is like a reflection of the epoch – this theme is coming through all creative works by Victor Sydorenko. He is interested in specific deformations of consciousness and people faces, milled by “the millstones of time” (the title of one of his sign projects) – by the millstone of government system and politics.  No matter what the regime is like – soviet, post-totalitarian or time of late formation of national state and self-consciousness. The artist has started his research with rudimentary effects of totalitarian mentality, than there was a phase of preparation of the post-utopian intellect of technogenic society. After global problems Sydorenko comes to another problem, which becomes directly closer and closer to social reality, the image of society as its reflection. In that historical moment we live in, the task of the artist-anthropologist is getting more complicated – he collects a stamp of vital and ambiguous history on the faces of its recipients. Of observers and participants, those are both witnesses.

Engaging historical research of the consciousness, Victor Sydorenko has recourse to the retro-projection of the present – coevals’ faces were stylized in such a way, that they remind people from the past. Now the artist has refused from declined from frozenness, mask-likeness of the character from the past series, it goes to the images, lively events, with the imprint of the witnesses that they had to be. Then this experience turns into a mask image. Characters are frozen in timelessness, in the situation “it was like this and will be forever”. In general nothing changes per se in eternal and hard regime, the history continues to take its victims. The artist was never interested in “eminent people”: the history is slowly, but truly made by anonymous small screws of system. To name things as they are – its “biomaterial”, “compost”, homo sacer – that’s how Giorgio Agamben names this incident of ancient Roman law. “Sacred person” could be killed just for no particular reason and by anybody – and to this day a random victim is the cement of social relations.

Catching an intensive and anxious glance of characters from the “Witnesses” cycle, “underlined” by colored stripes, a recipient comes to conclusion that nothing has changed: something happened, what they want to tell is something more than a chronicle of events and the spontaneous reaction of the public anguish with its helpless formulations actually have a deeper subtext images. We often hear about the ongoing impunity in the disaster. But for us, watching this catastrophe and its consequences, the act of punishment is already produced in reality. We need to recognize their vulnerability and to move from a state of “alarm” status of observers in the presence of witnesses. This is what heroes of the project are pushing us to. Not to cover what is happening with a sentimental song about hopelessness, but to participate in this (non-ritual) reality. The opening of this uncomfortable truth is merciless basic existential experience today. However, we are still in a kind of somnambulistic stage – silent, “hybrid” war takes its victims away and those, who weren’t directly touched by this, are trying to abstract their mind from this fact of events.

Sydorenko has always been resorting to attributes of the unification of his characters. But here, his character goes from past orders where the symbol of “homo sacer” is hairless skull, which kills person’s individuality, and the process of shaving head is a preparation to sacrifice, deprivation of the value of human life. Historical episode given to those young people for life is very hard to characterize – just because it continues today. We are in the situation “here and now” and are emotional living in it. While there is no historical distance which will clear everything. But there is a feeling of valuation, dramatic effect and antipathy of the moment, of double standards: demonstrative preoccupation and true indifference to death of people – on the one hand, but on the other the discovery of the vulnerability, the ability to meet face-to-face event, not in a projective way, but realizing itself, its presence in this reality.

What happening to us is the frustration due to reconciliation with his helplessness before the inertia of past schemes (patterns) of perception. The idea of “Witnesses” is a transition from frustration to care and concentration at the point of presence. Presence in the reality that we do not want or we are not ready to accept, but time does not give us a choice…