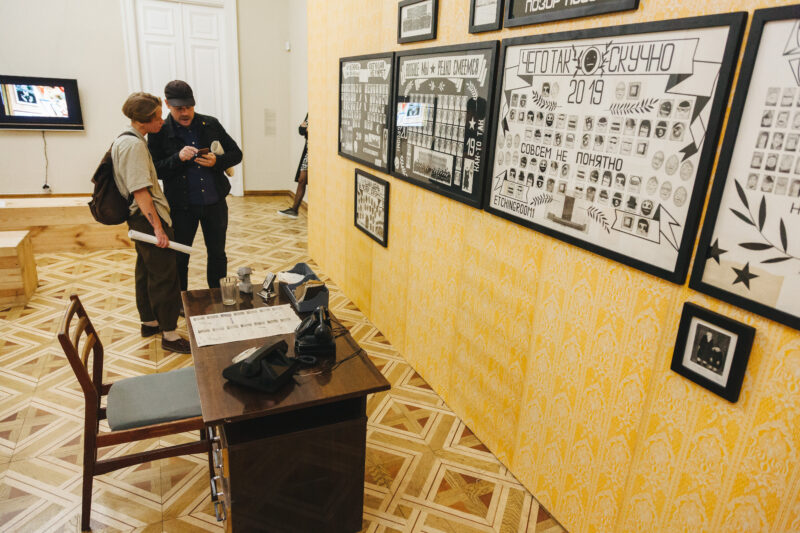 “Album” is a series that rethinks the authoritarian practice of social experiences packing, such as graduation and demobee albums, group photos in memory of significant (or seemingly important) events.

Posing for these kinds of photos is a way for many ones to become involved with the group and to secure their shaky identity. For some people, participating in the creation of a group-based, but often over-valued experience is a source of anxiety and frustration. “Do you know how to get out of here” is a very polite desire to avoid participating in an obsessive group shooting ceremony. In such pictures, there is a little space for individuality, isolation, independence; most often, it is a manifestation of a group or one’s activity that is approved by society. Not engaging in the creation of such photographs is commonly referred to as somewhat social.

“Album” removes from the practice of group shots the inflicted delusional pleasure from being involved in something more significant and reminds that everyone depicted in the picture is a person. The person who is looking for a way out; a person who fears death; a person who does not want to smile due to the schedule.

etchingroom1 is the printing studio founded in 2016 by two graphic artists Kristina Yarosh and Anna Khodkova, in Kyiv (Ukraine). Artists are working in several graphic technics such as linocut, etching. As a studio, launched the educational program and are actively organizing and participating in exhibitions. 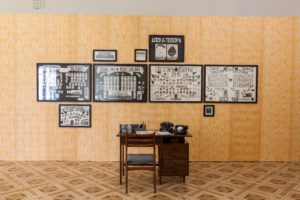 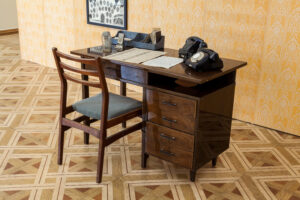 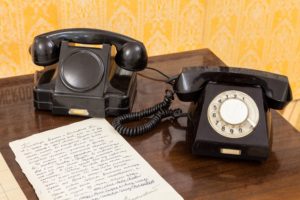 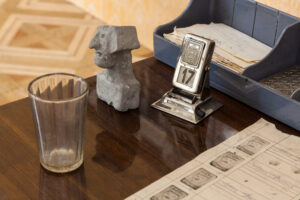 Photo from the MUHi 2019 exhibition