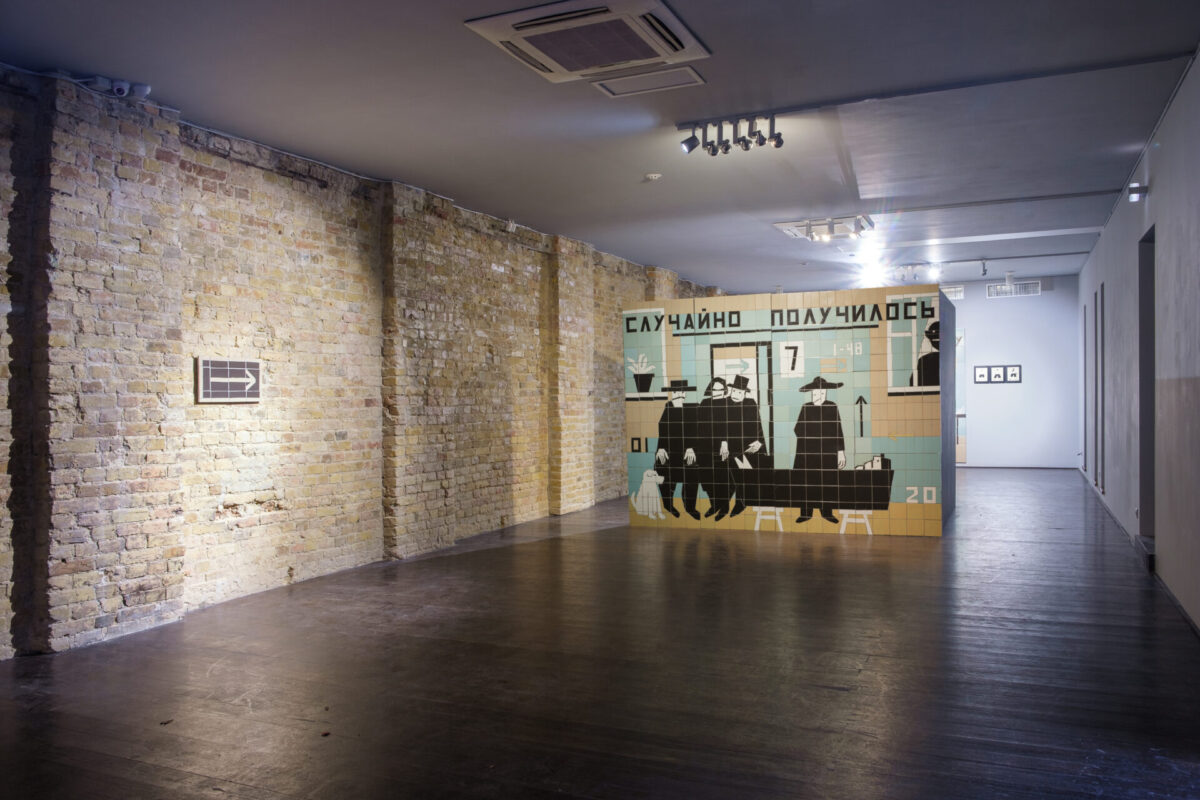 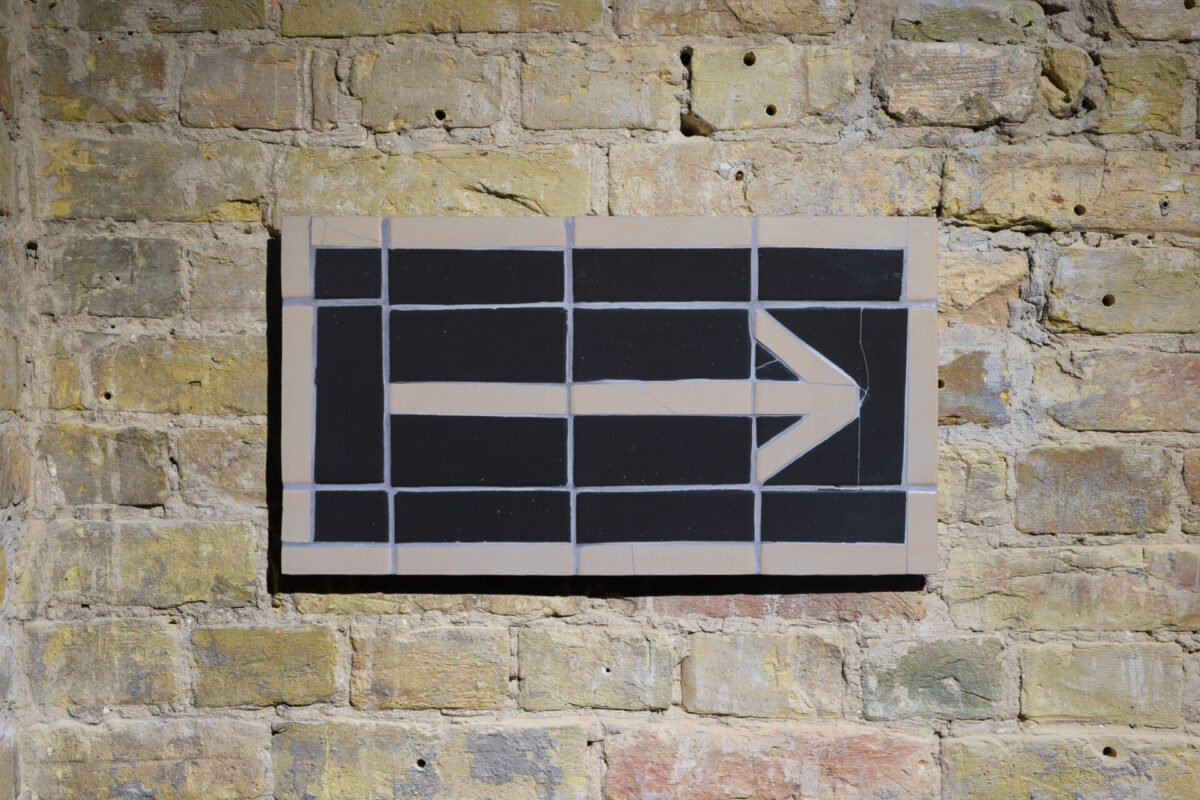 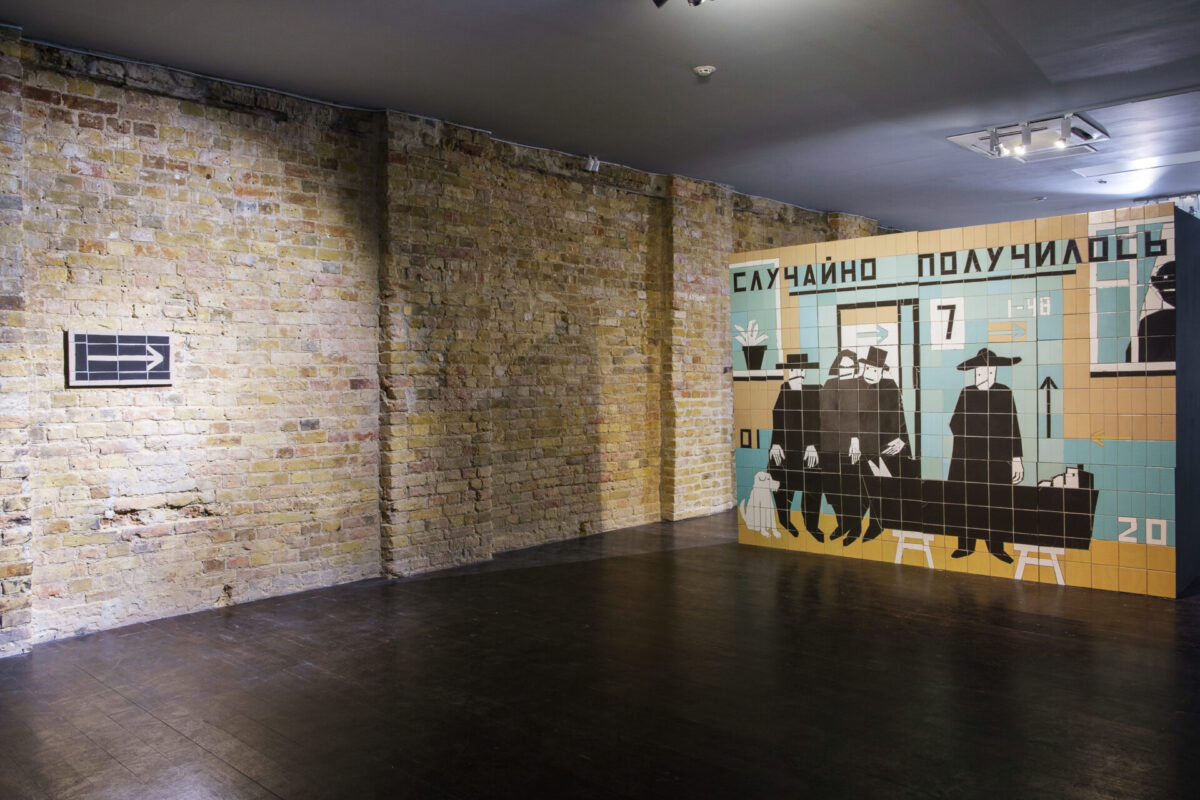 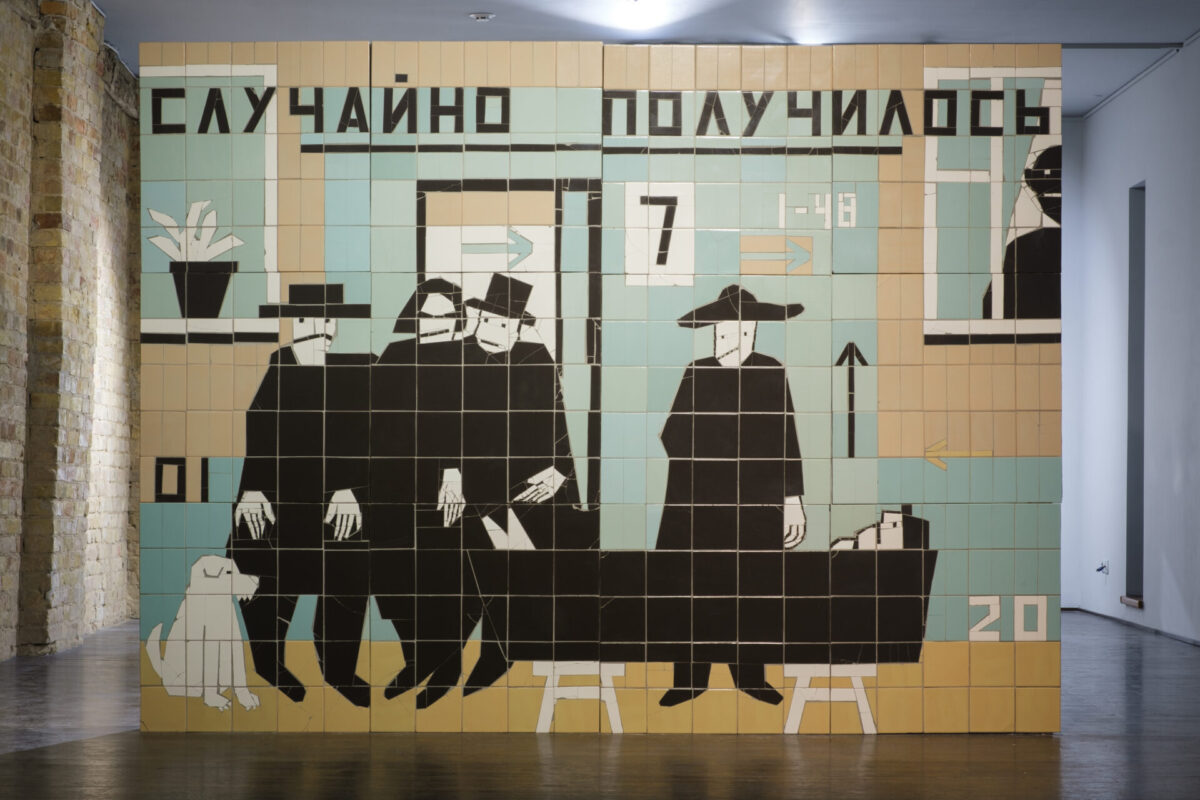 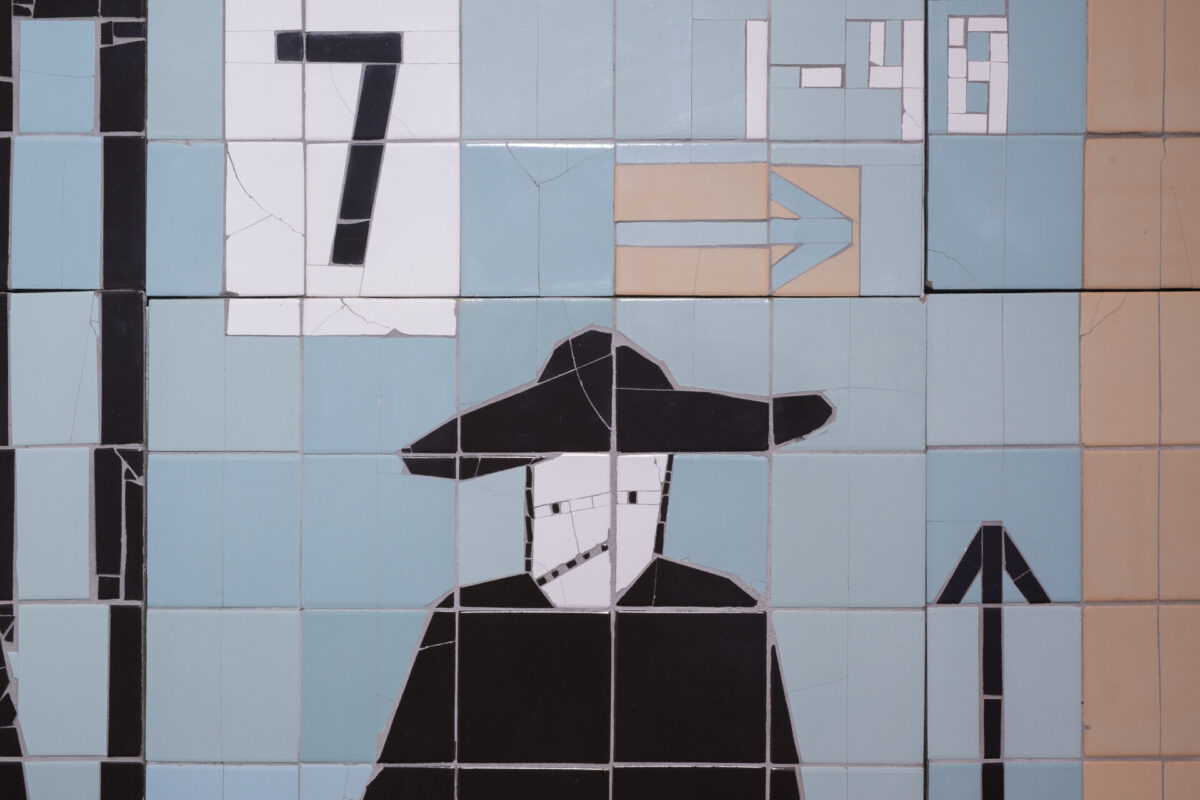 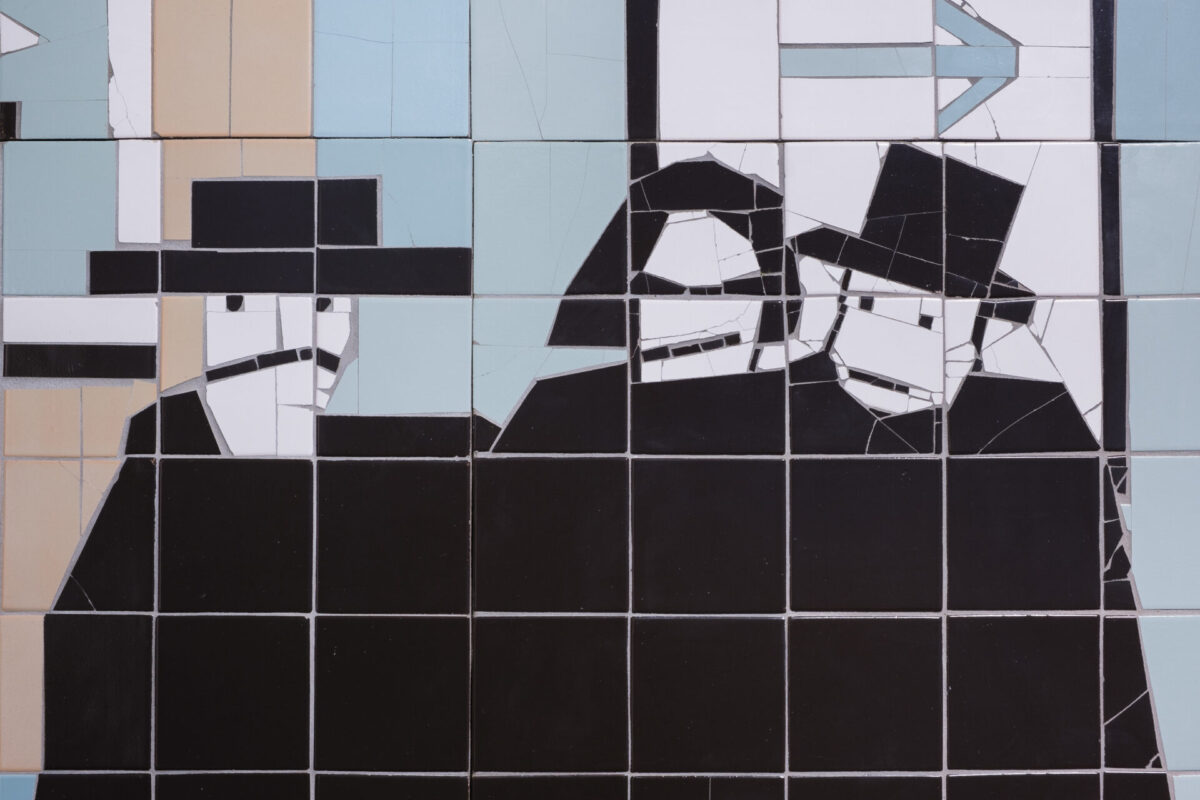 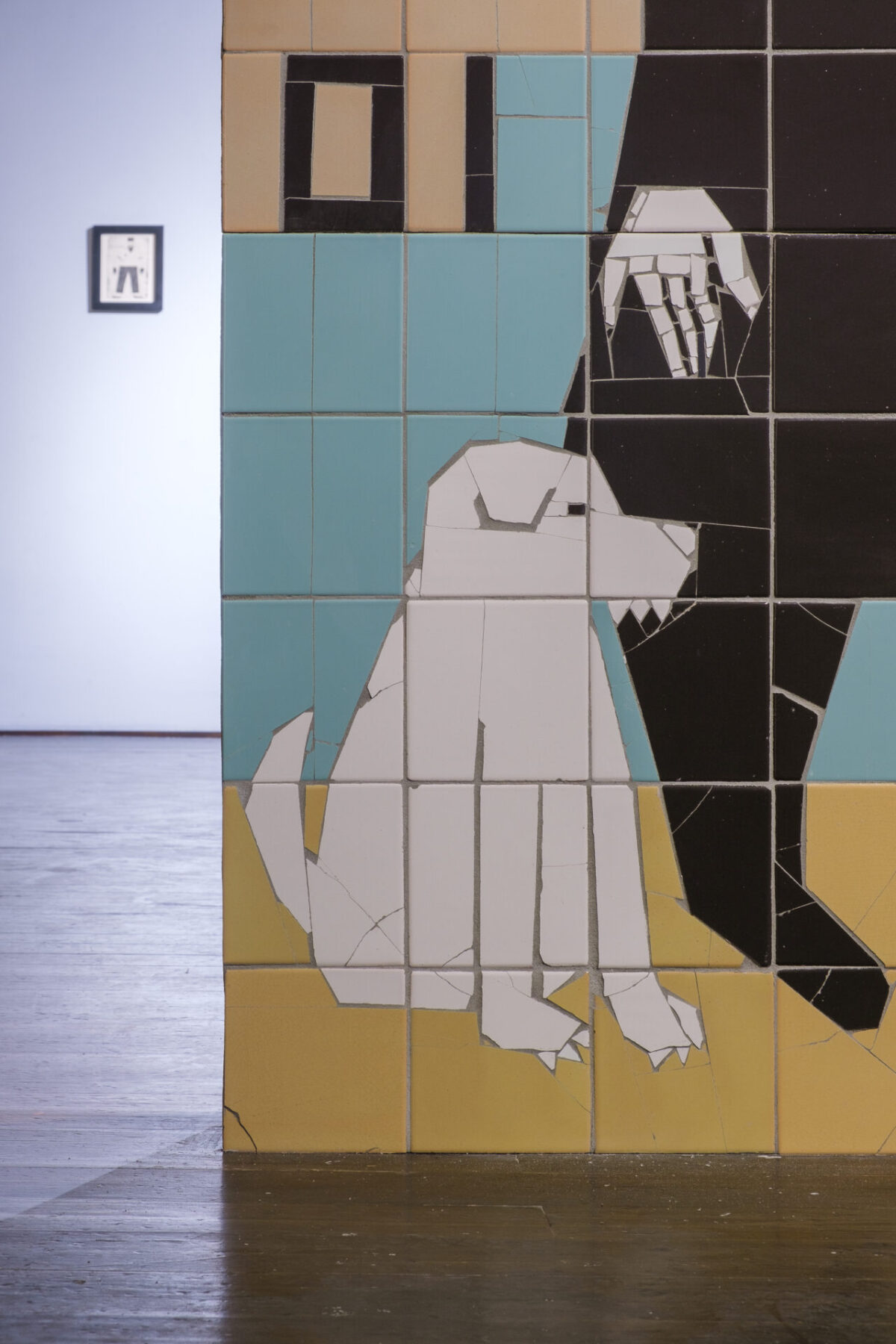 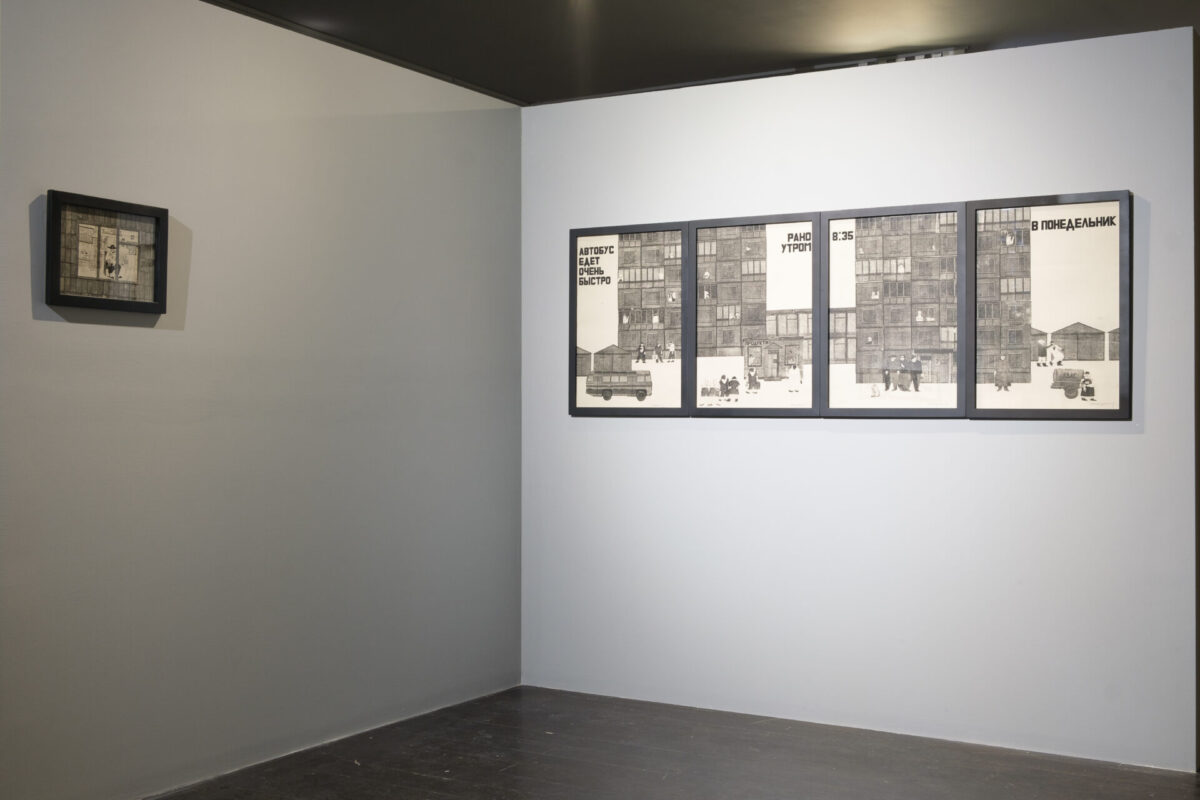 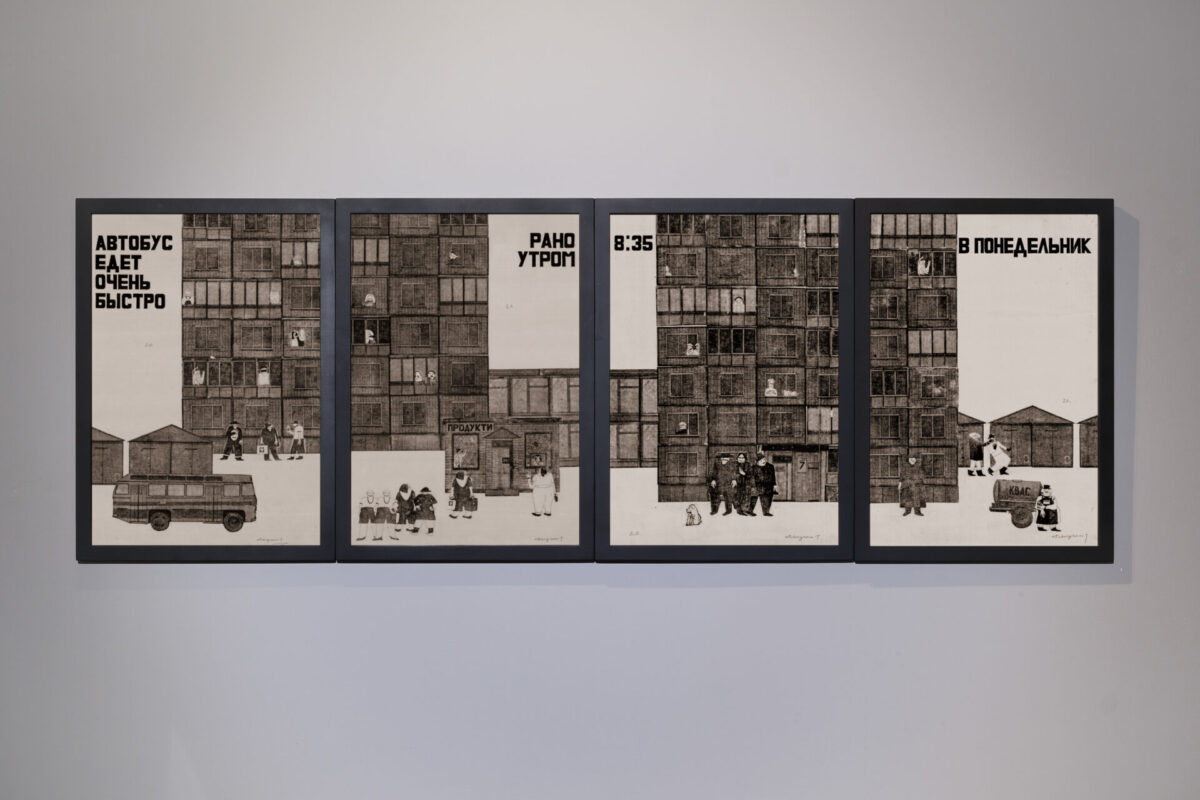 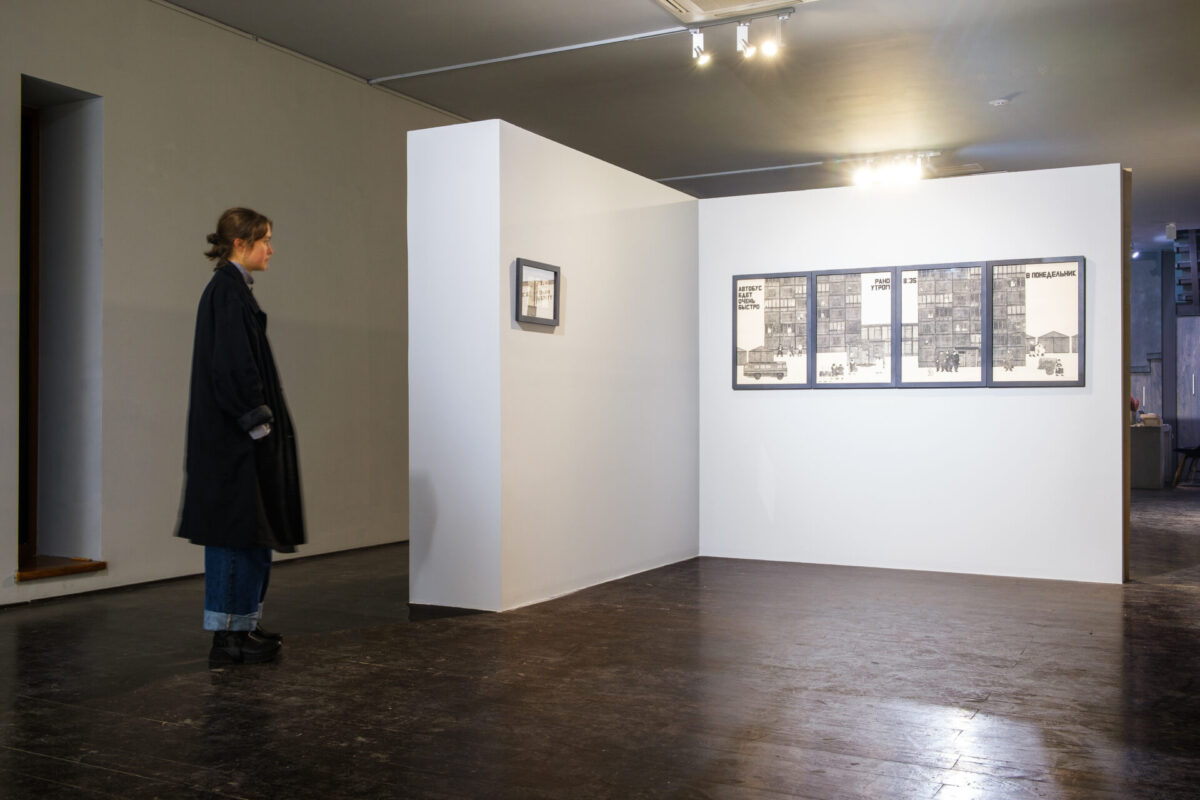 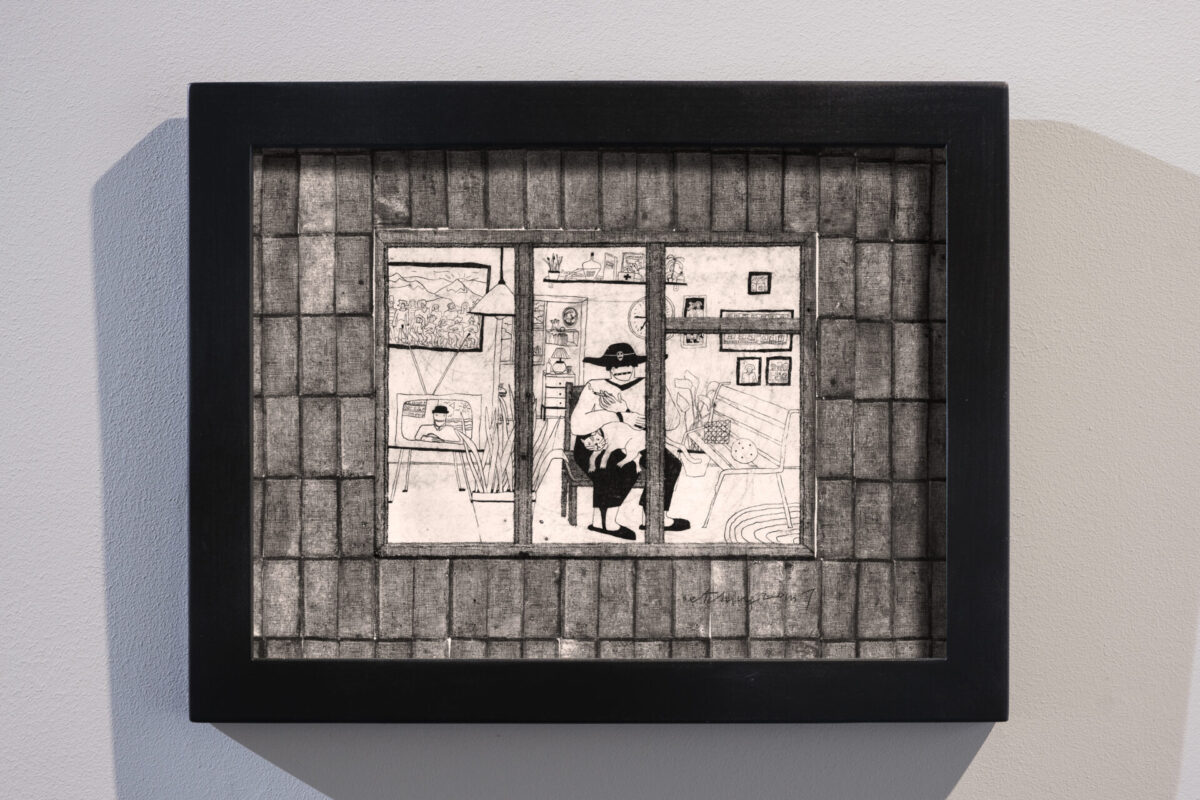 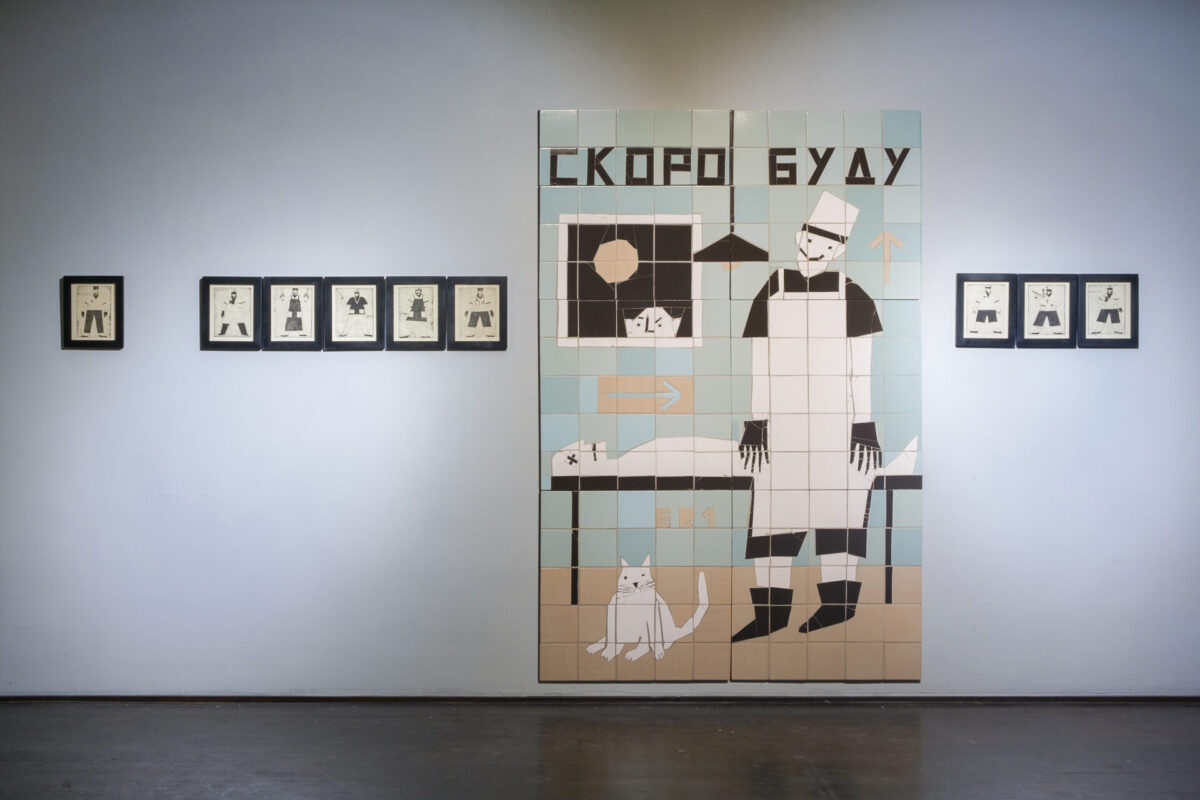 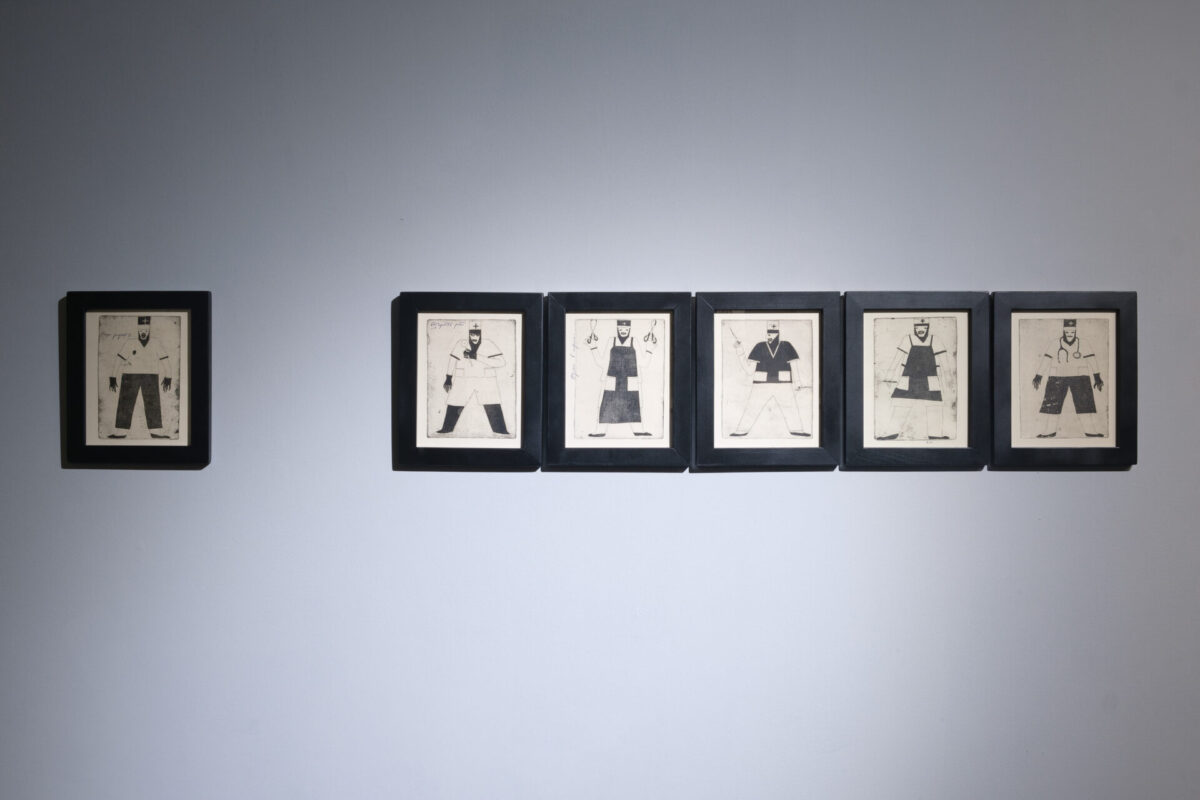 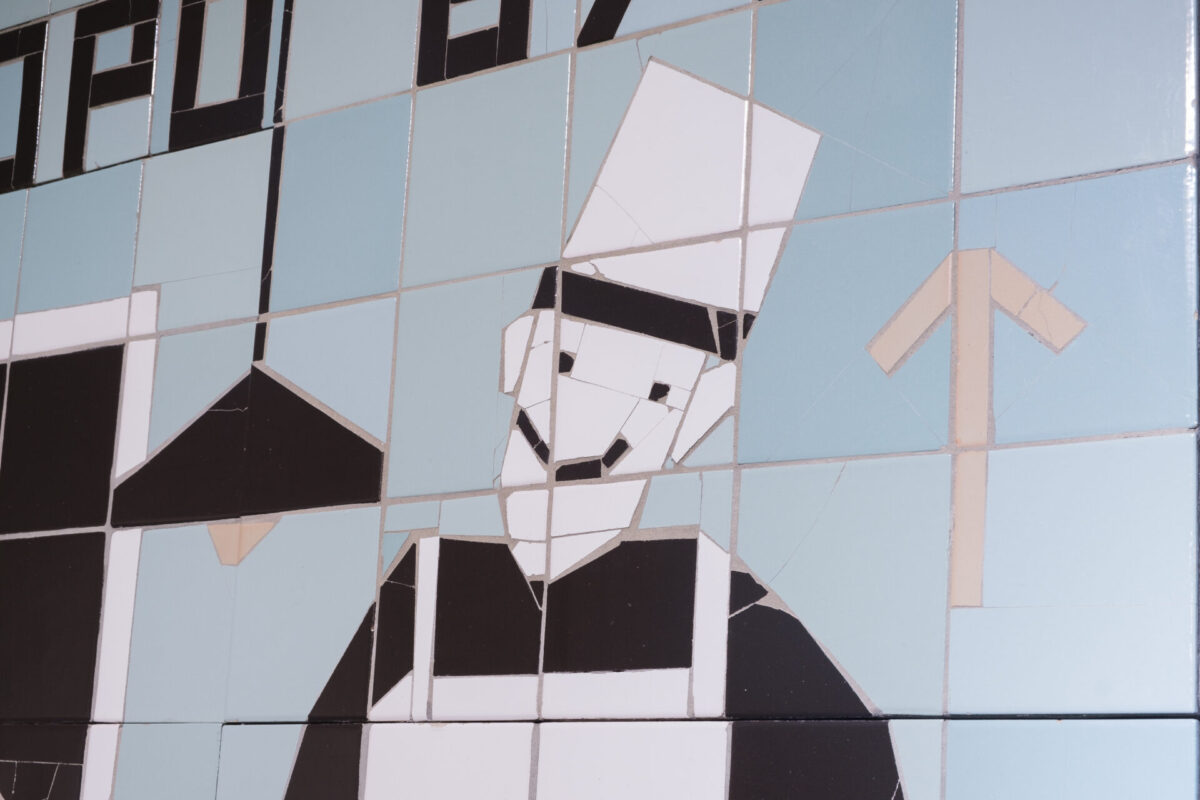 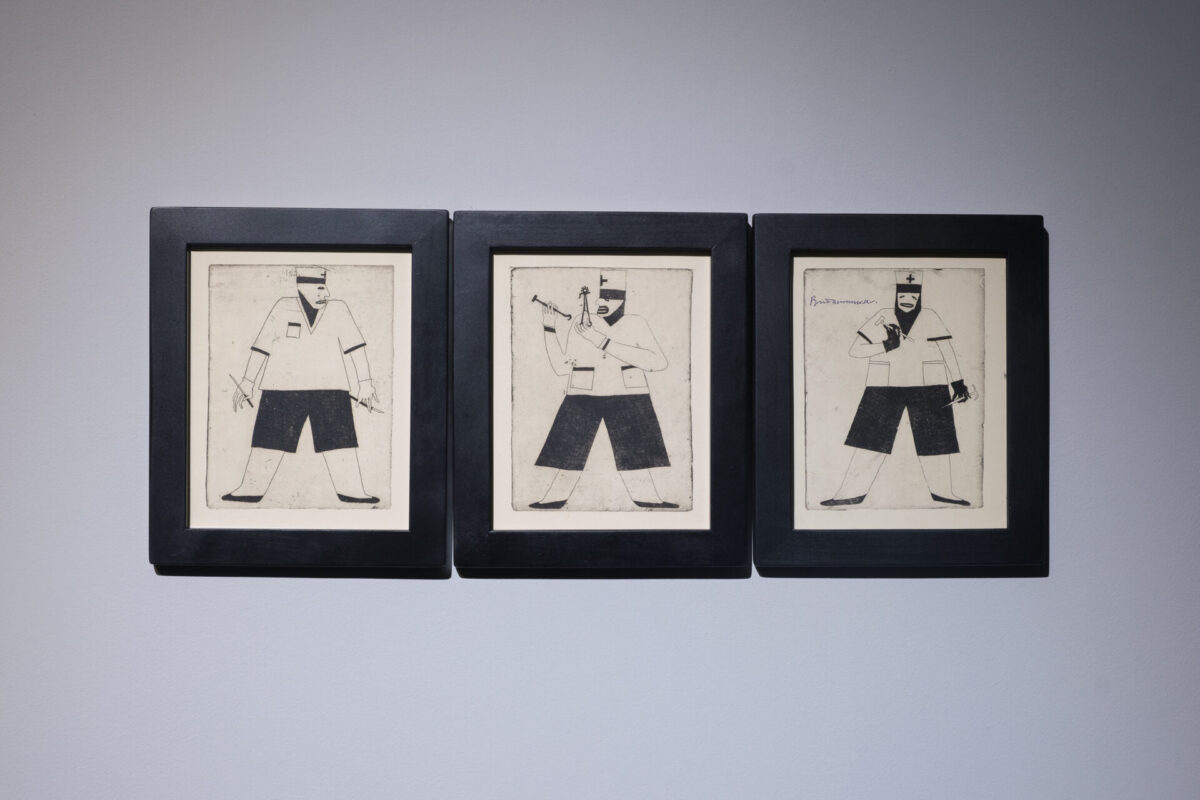 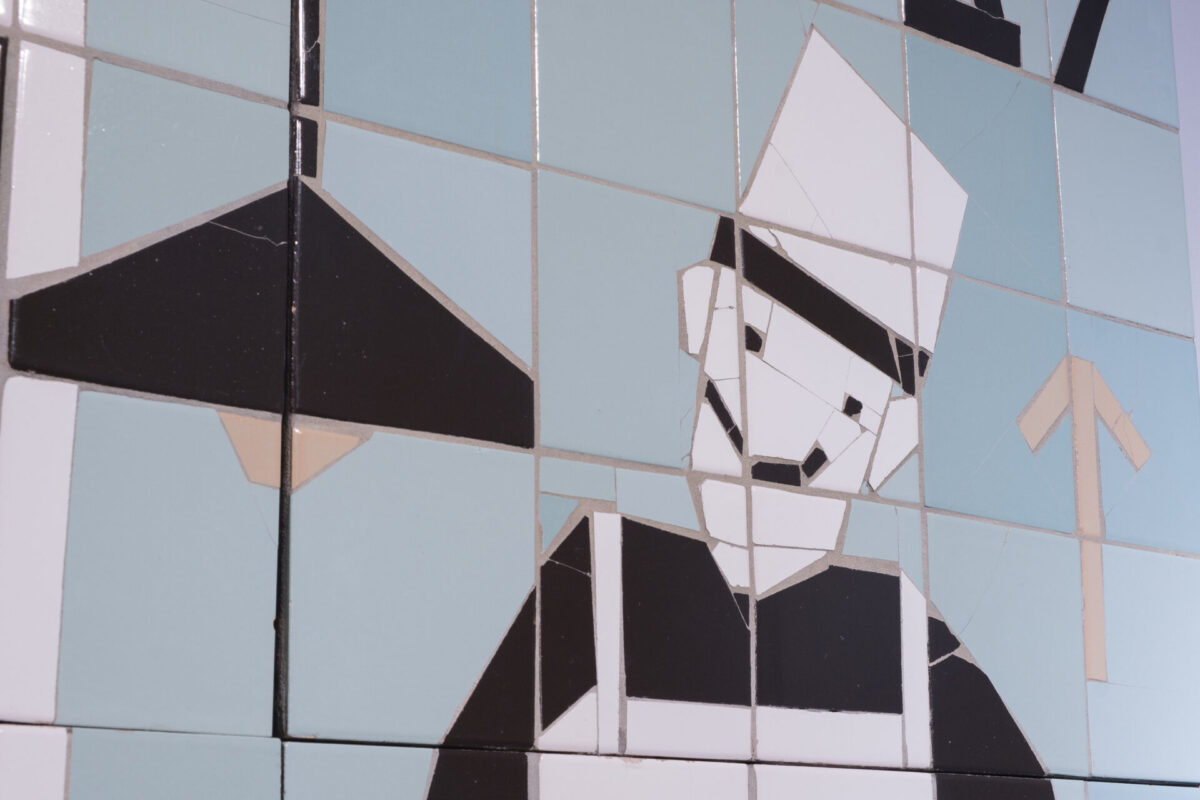 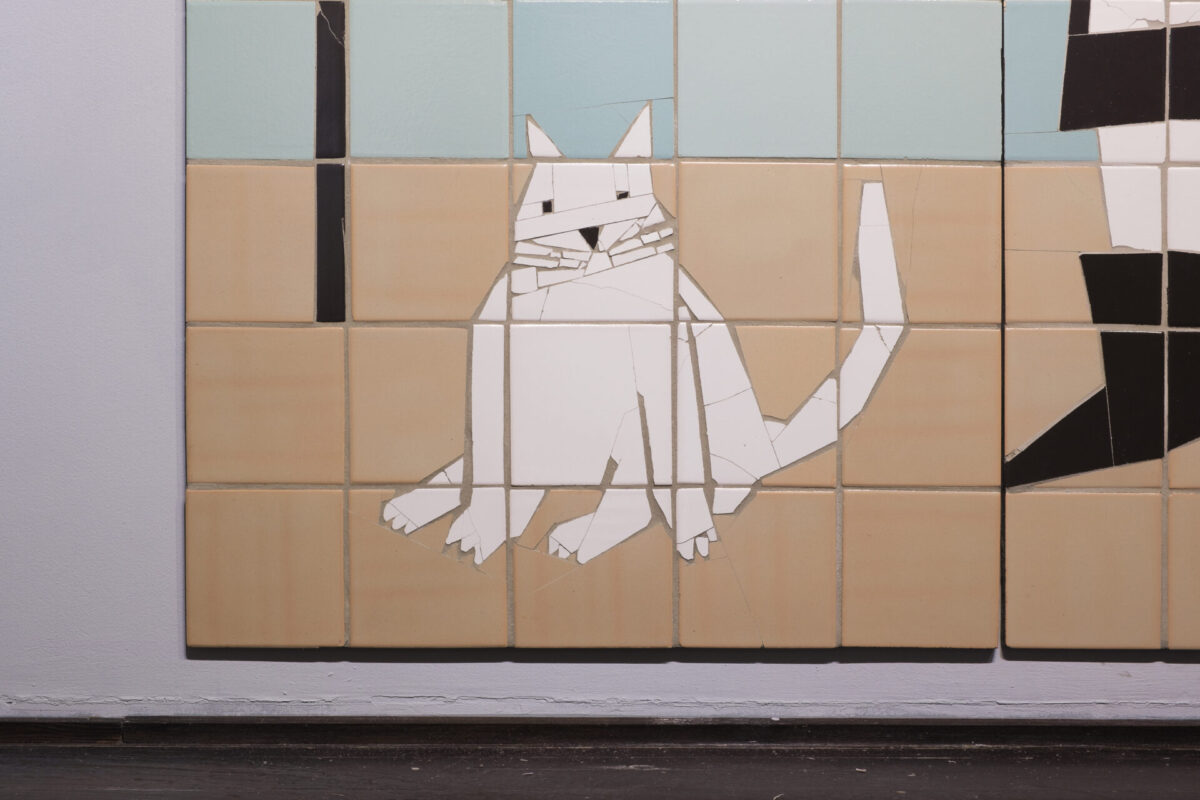 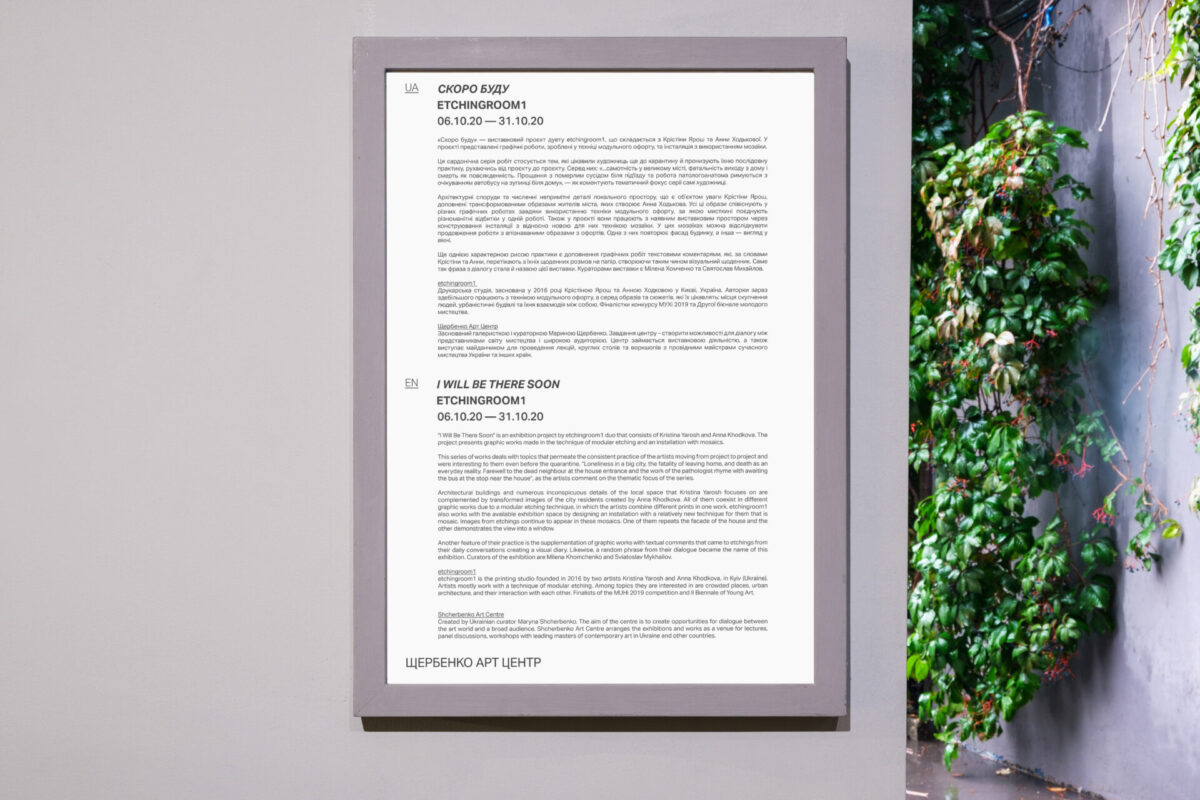 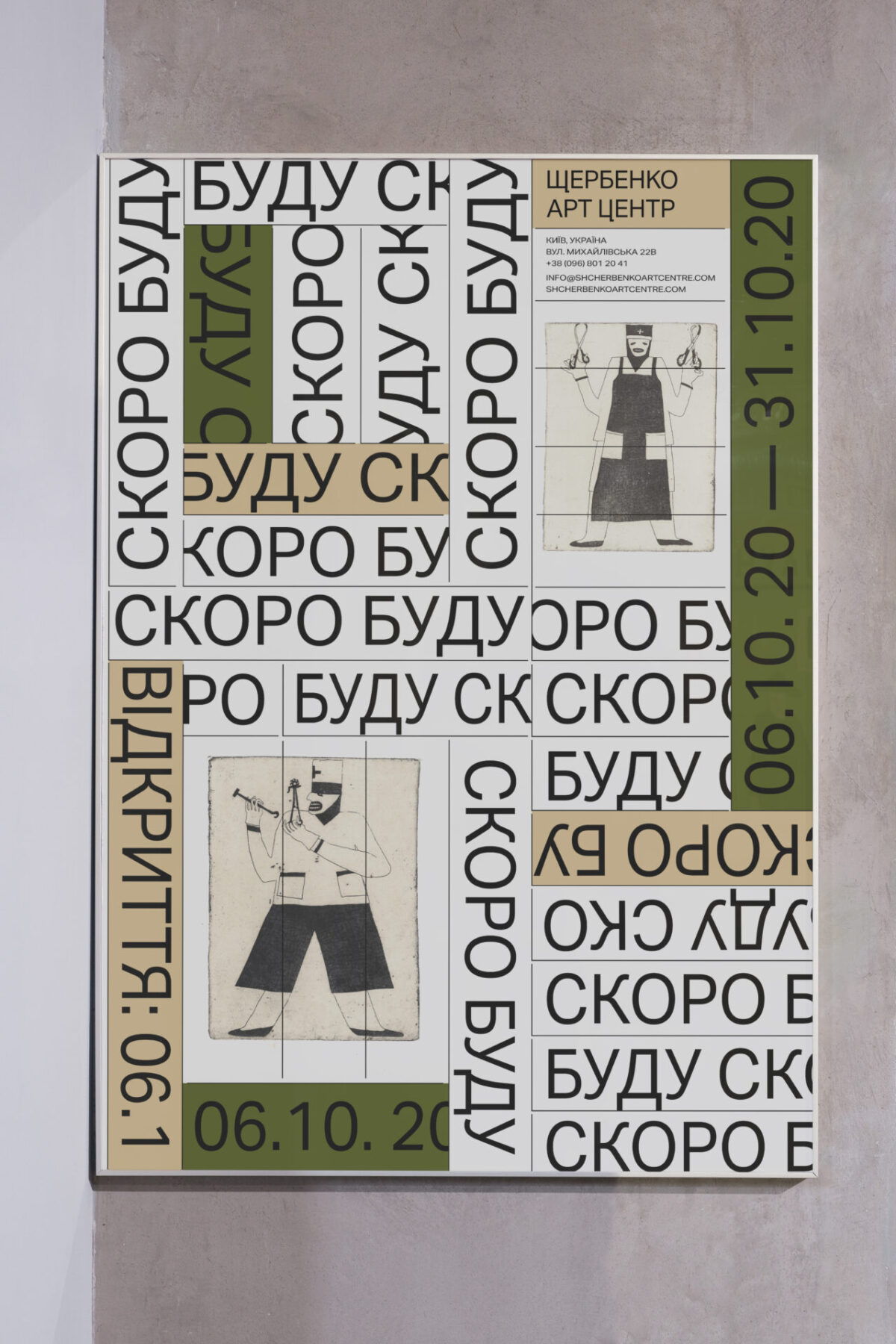 I WILL BE THERE SOON

Artists who participated in the project: etchingroom1

“I Will Be There Soon” is an exhibition project by etchingroom1 duo that consists of Kristina Yarosh and Anna Khodkova. The project presents graphic works made in the technique of modular etching and installation with mosaics.

This series of works deals with topics that permeate the consistent practice of the artists moving from project to project and were interesting to them even before the quarantine. “Loneliness in a big city, the fatality of leaving home, and death as an everyday reality. Farewell to the dead neighbour at the house entrance and the work of the pathologist rhyme with awaiting the bus at the stop near the house“, as the artists comment on the thematic focus of the series.

Architectural buildings and numerous inconspicuous details of the local space that Kristina Yarosh focuses on are complemented by transformed images of the city residents created by Anna Khodkova. All of them coexist in different graphic works due to a modular etching technique, in which the artists combine different prints in one work. EtchingRoom1 also works with the available exhibition space by designing an installation with a relatively new mosaic technique for them. Images from etchings continue to appear in these mosaics. One of them repeats the facade of the house and the other demonstrates the view from a window.

Another feature of their practice is the supplementation of graphic works with textual comments that came to etchings from their daily conversations creating a visual diary. Likewise, a random phrase from their dialogue became the name of this exhibition. Curators of the exhibition are Milena Khomchenko and Sviatoslav Mykhailov.