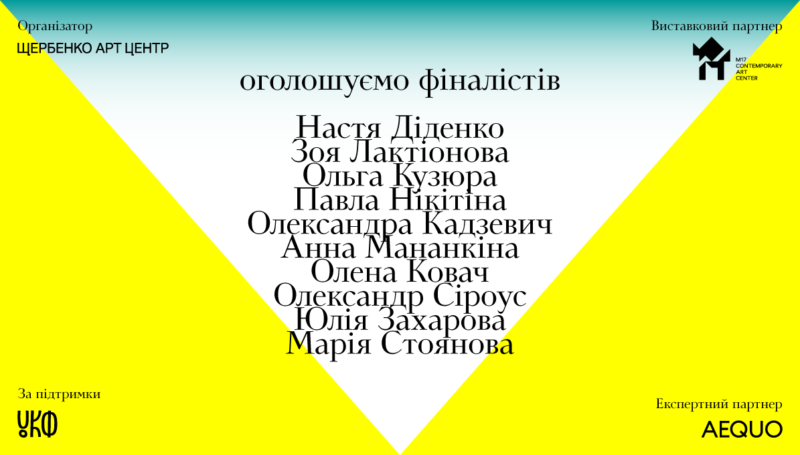 The International expert commission evaluated the submitted applications from Ukrainian artists. According to the results of the evaluation, 10 finalists of the competition were selected, and their works will be presented at the exhibition at M17 Contemporary Art Center.

The shortlist of the competition includes:

The exhibition of the finalists will open at M17 Contemporary Art Center in early November. This year’s parallel program will take place in the format of a forum. The forum will feature a research publication on the history of the competition, which will complement the overall picture of Ukrainian art history of the XXI century, and show the achievements and growth of a number of talented, active and future famous Ukrainian artists who made their debut at MUHi.

The total prize fund of the MUHi 2021 competition is UAH 70,000. The winner will receive a prize of UAH 40,000 and the opportunity to implement their own project in the gallery space (or under the auspices) of Shcherbenko Art Center in 2022. The international expert commission will also select two winners, who will receive prizes in the amount of UAH 15,000 and institutional support in the implementation of their own exhibition project.

You can ask your questions on the Facebook pages of MUHi and Shcherbenko Art Center, as well as write to e-mail.

MUHi 2021 project is for the second time implemented with the support of the Ukrainian Cultural Foundation. The permanent legal partner of the competition is the law firm AEQUO.

MUHi is a multifunctional project aimed at consistent and long-term work to support Ukrainian artists at the stage of their emerging.

The name MUHi is an abbreviation of “Young Ukrainian Artists”. MUHi’s first exhibition was presented in 2009 at Bottega Gallery. In 2021, the project will be implemented for the eighth time.

Taras Shevchenko National Museum (2019 and 2017) and the Institute of Contemporary Art (2015 and 2011) were partners in which MUHi competition had taken place before. In 2019 and 2021, the competition received a grant for funding from the Ukrainian Cultural Foundation under the program “Education. Exchanges. Residences. Debuts, namely the lot “Debuts”.

The project is based on a competition held according to the following rules:

– only citizens of Ukraine can be participants;

– finalists and winners of the competition are selected by (since 2015 – an international) commission of experts, which includes curators, directors of museums, art centers, galleries, art critics and artists;

– the artist can be included in the finalists of MUHi only once.

The founder of the MUHi project is a curator and gallery owner Maryna Shcherbenko. 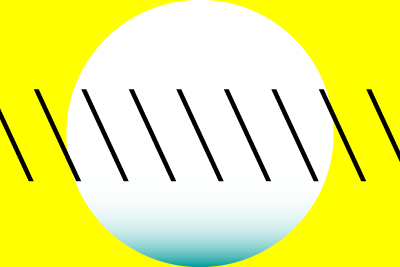 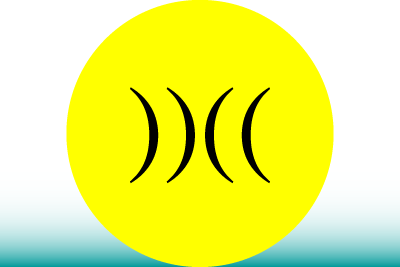 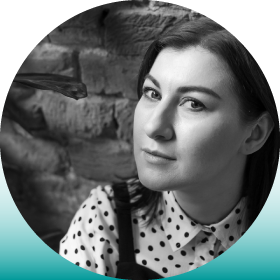 Cultural journalist, art critic, cultural manager. She is author for such key Ukrainian media as Ukrainska Pravda, Lb.ua, "Focus", Platfor.ma, KORYDOR, ART Ukraine and others. Specializes in the critique of contemporary visual culture and cultural policies. She also has an experience of cooperation with the key Ukrainian cultural institutions. 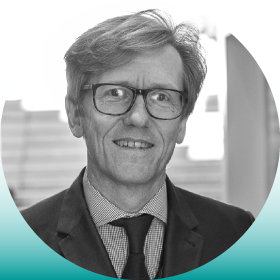 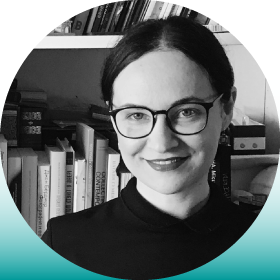 Art historian, head of the contemporary art sector of the National Art Museum of Ukraine, custodian of funds of the mixed media art, researcher of art of the second half of the XX – beginning of the XXI century, curator. In 2015-2017 she was a curator of the Vozdvizhenka Arts House gallery. From 2017 to 2019 she was a member of team creating the Museum of Contemporary Art. In 2020 Daryna became an expert of the Ukrainian Cultural Foundation. 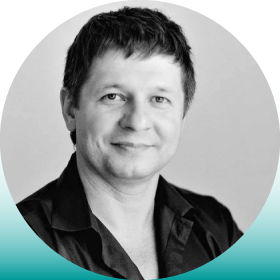 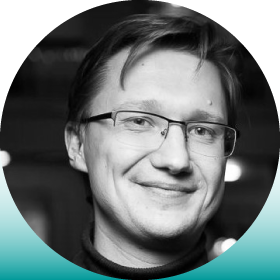 Art historian, manager and curator of the British Council's art program in Ukraine. Specializes in cultural diplomacy projects (exhibition "The Vanity of Small Differences" by Grayson Perry, IZOLYATSIA, Kyiv, 2017; international online exhibition "Almost there", exhibitions.britishcouncil.org, 2020; curatorial program of international residencies for artists and curators SWAP:UK/Ukraine 2017-2020 with final exhibitions in Kyiv, Kharkiv, Odesa and Dnipro; art manager of the pavilion of Ukraine at the 55th Venice Biennale in 2013). Expert of the Ukrainian Cultural Foundation since 2018 and the European mobility grant program i-Portunus since 2020. In previous years he was an assistant of curator and project manager of international art projects at Mystetskyi Arsenal, member of the educational team PinchukArtCentre. 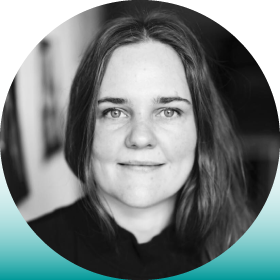 Artist, author of paintings, installations, performances and videos, curator and tutor of Contemporary Art programs in KAMA. Co-founder and member of R.E.P. group (since 2004) and curatorial group Hudrada (since 2008). Her works have been shown in several solo and group exhibitions. Some of them are the main project of 1st Kyiv biennial of contemporary art Arsenale 2012 in Kyiv, at the National Art Museum of Ukraine in Kyiv, at the gallery WhiteBox in New-York, at MUMOK in Vienna, and at the Zachęta National Gallery of Art in Warsaw. She was in short list of PinchukArtPrize (2009, 2011, 2013), Future Generations Art Prize with group R.E.P. (2012), and Kazimir Malevich Artist Award (2012, 2016). 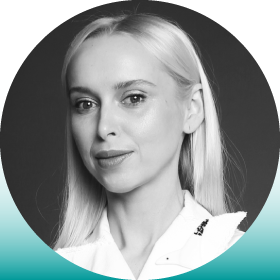 Curator, art consultant. Since 2018, she has been the director of the M17 Contemporary Art Center. Researcher at the Modern Art Research Institute of the National Academy of Arts of Ukraine (MARI) since 2016. In 2013-2016, she held the position of Director of Exhibition Projects at MARI. In 2013, she became a co-founder of the Artcult Foundation created to support and popularize art in Ukraine and abroad. 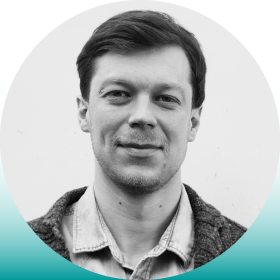 Curator of visual projects, collector of works by contemporary Ukrainian and foreign artists (more than 400 works in the collection, mainly graphics and photography). Since 2012, he has been the curator of art projects of the French Spring festival in Ukraine. Since 2012, he curated the creation of many murals in Ukraine, in particular the portrait of Sergii Nigoyan, the diptych of Interesni Kazki and others. In 2019-2020, he was a curator of exhibitions in Kyiv art space called "Mayak". 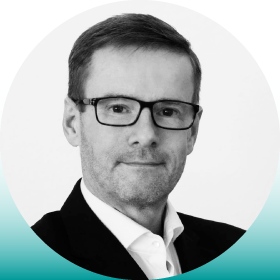 Director of the Austrian Cultural Forum Kyiv (ACF). The ACF is part of the international cultural relations division of the Austrian foreign service. Its task is the promotion of the cultural exchange between Austria and Ukraine through a variety of programmes. In 2019 the ACF played a major role in the implementation of the bilateral Cultural Year Austria – Ukraine which led to numerous new co-operations and projects. All activities are part of an on-going effort to foster the building of cultural sector networks between Ukraine and the EU. Since early 2020 Ulf Hausbrandt has also been serving as president of EUNIC Ukraine. EUNIC is the EU association of National Institutes of Culture. 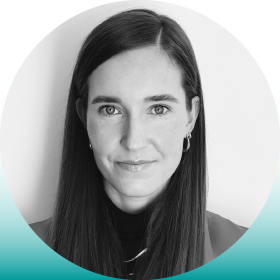 Sasha Gomeniuk studied Art History, Aesthetics and Contemporary Art Theory at Bard College Berlin (Berlin, Germany) and University of Manchester / Sotheby’s Institute or Art (Manchester / London, UK). In October 2012, Ms Gomeniuk joined Hales, a contemporary art gallery with outposts in London and New York, becoming the gallery’s London Director in October 2017. Through her position at the gallery, Ms Gomeniuk has fostered strong relationships with artists, institutions and collectors worldwide. She has worked closely with the Hales’ artist roster, including the Estates of Carolee Schneemann and Anwar Jalal Shemza and artists Hew Locke, Trenton Doyle Hancock, Virginia Jaramillo, Gray Wielebinski and others, to produce exhibitions at the gallery’s London location as well as external projects and commissions at various venues around the world, such as Tate (London, UK), National Portrait Gallery (London, UK), David Roberts Art Foundation (London, UK), Art Basel Hong Kong (Hong Kong, PRC), Kunsthalle Bremen (Bremen, Germany), The Powerplant (Toronto, Canada) and many others. Prior to moving to Germany and later to the UK to pursue her career in the art world, Ms Gomeniuk received a degree in Political Science from the National University of Kyiv Mohyla Academy in her hometown of Kyiv, Ukraine. Reflecting her background in social sciences, Ms Gomeniuk’s main interests lie in the unique placement of art practice as a vantage point for addressing social and political issues prevalent in contemporary society.