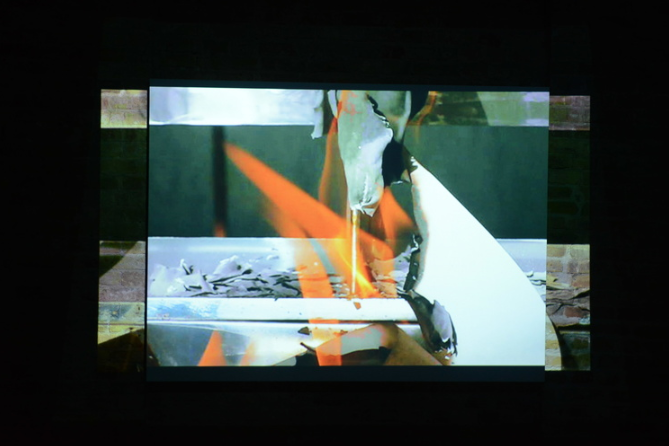 Daniil Galkin: “If you are different from others, it will be notice” 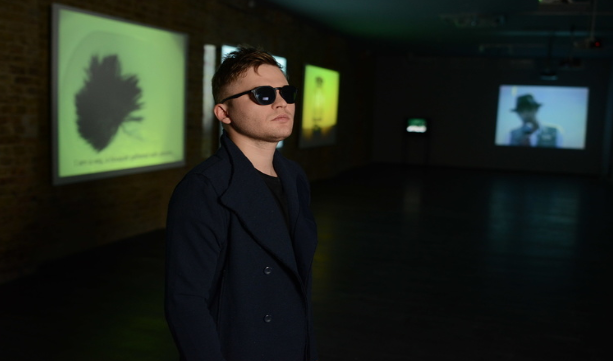 His main decision at the start of his career, Daniil Galkin considers the creation of the art group “2222”: in 2009 the artist “combined” four of his alter ego into one. “Everything else is their handiwork,” says Galkin. “Everything else” is a three-dimensional conceptual non-commercial installation with social and political subtext that flow from one work to the next. “I’m interested in the transmutation of one work of art in another,” the artist explains.

In 2011, Galkin won the competition for young artists MUKhI, in 2013 he became a finalist and received a special award in the PinchukArtCentre competition. His works can be seen more often abroad: he exhibited at the Kunst-Werke Institute of Contemporary Art (Berlin), Saatchi Gallery (London), the Moscow Museum of Modern Art, Danubiana Meulensteen Art Museum (Bratislava), Czech Center (Prague). In Ukraine, Galkin constantly cooperate with Shcherbenko Art Center, until October 22 there was a retrospective of his video works.

«Mind» asked the artist about the influence of the political situation on creativity, about the benefits of competitions and residences, and about what the young artist should do to succeed.

In your works, and until 2014 there was a social and political overtone. Has the general concept changed because of the events on the Maidan?

Has not changed. But with the experience before opening of the exhibition “Bar-dotted line” in Bottega Gallery and “Proof” in Shcherbenko Art Center, a few days before the shooting people on the Maidan, and on opening day that coincided with the seizure of the Supreme Council in Crimea, nothing compares. Later, when the solo exhibition “Double Solid” was held in MMOMA, within the framework of the Moscow Biennale of Contemporary Art in the same year, it was important for me to speak on the invader’s territory rather then to abandon its holding.

Recently you are actively participating in foreign residences. How does work affect creativity in unfamiliar conditions, outside the Eastern European context?

I cannot say that residences have a fruitful influence on work, but at the moment this is the only way I know how to continue artistic practice. Participation in residences does not come from a better life, but from seeking opportunities that are not provided in Ukraine. Nevertheless, thanks to residences, the interaction radius expands. I like to choose residences in small European cities, which confirm decentralization of art in practice, that starts happening in Ukraine only now.

You are exhibited quite rare, wherein it seems that in European galleries – more often than in Ukrainian. Why? And can we compare the situation here and there?

I got the impression that in Europe, at some point, contemporary art waiting for salvation from itself ceased to develop, while in Ukraine it has only just begun to form successfully. Today everyone learns from each other and there are no more authorities, as it was before, there are too many authorities.

I have changed my attitude to work, the responsibility has grown above all before myself, that’s why I often have to refuse to participate in exhibitions. I’ve got a critical opinion, and as in Ukraine there is still not enough professional feedback on artistic processes, self-analysis is a natural reaction. Therefore, every new utterance, regardless of degree of event’s prestige, is given to me more difficult than the previous one. I lost the ambition to be the first, and the desire has appeared to become at the end of the queue, thereby forcing this queue to turn around. 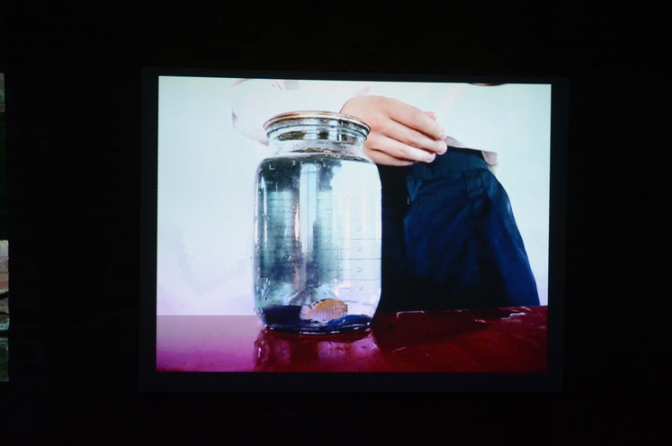 On your account – participation in two major domestic competitions for young artists (MUHі and PinchukArtCentre competition). How did this affect your career?

Participation in competitions is an opportunity to show a new work in a new space. I like situations in which an artist can afford to realize almost any of his ideas, regardless of the cost of making a work. This allows each participant to pass an invisible test for the cleanliness of his creative method and shows how his approach varies from the covered amount of production and the high percentage of attendance of the exhibition space. Any Olympiad cultivates in participants a sense of superiority over others. I have been studying this phenomenon in its various manifestations for a long time.

And it’s hard for me to answer which of the events was more successful. When one work continues another, it is impossible to evaluate them separately. Certainly, participation in the MUHI-2011 competition is a significant event in my career, if only because it was my first statement in Kiev.

What is the role of the curator in the preparation, exposition and conceptual solution of your projects today? What was your experience of cooperation with curators in general?

I think a good curator is primarily an artist who, while remaining almost unnoticed, allows other artists to feel independent. In my practice there were only isolated cases of discussions with curators in the framework of working together, because almost always they selected previously formed projects and continued to work with them on their territory, creating a general exposition.

Actually, it is necessary to encourage work of not only artists, but also curators and other cultural figures. But, as far as I know, there are no such awards in Ukraine.

One of your projects “Nothing in common, nothing personal” in framework of the festival in Bialystok (Poland) – was exhibited in public space. Why did you choose exactly such a space? Have you worked with this format before in Ukraine?

I’m interested in working with any space, including public. Show this installation in front of the Catholic Cathedral in Bialystok was a conceptual solution that reveals and continues the essence of the work. And at the time when city dwellers brought flowers for several days, complementing with them the installation, there was interaction between public and art – which is the main goal and sign of the necessity for such practices. This is not my first work experience in public space: one of the most striking was the project “Waiting Room” at the railway station “Yuzhny” in Dnepropetrovsk.

Literally, the desktop of a modern artist is a computer monitor. Filling out application forms, reading mail and similar activities take more time than producing the work itself. But it does not mean that the birth and realization of ideas are also carried out at the computer. The artist has no workspace, and it does not matter if he has a studio, workshop or not. You work continuously, and the most productive time is the moment when the artist does nothing, as it may seem from the outside.

Is it worthwhile for a novice contemporary artist who does not work in traditional genres, to try to join the Ukrainian art market? What are the first steps you would advise him to make?

Any advice is traumatic. To dedicate the time to the history of contemporary art, to study the practices of other artists, but not to listen to their words.  Less show off and work harder: if you are different from others, it will be noticed without your efforts to show it. Places in history are enough for everyone, but not everyone has enough time to prove it.

“Absolutely Mythical“, Bottega Gallery, as part of the parallel program of the Arsenale Biennale in 2012. This is if not taken into account apartment exhibitions, which I have had since four years.

It is difficult for me to determine the first curator in my career, but it is worth noting those without whom, perhaps, nothing would have been- teachers of drawing N.A. Tarasenko (school №130) and V.I. Korolevskiy (Art School №1).

The first contest and residence

The first contest and residence were organized by Polish institutions, 17 years have passed between them. Contest – The Xth International Competition of Children and Youth Art Creativity “Always Green, Always Blue” in Turin, 1999. Residence – Gaude Polonia, 2016. 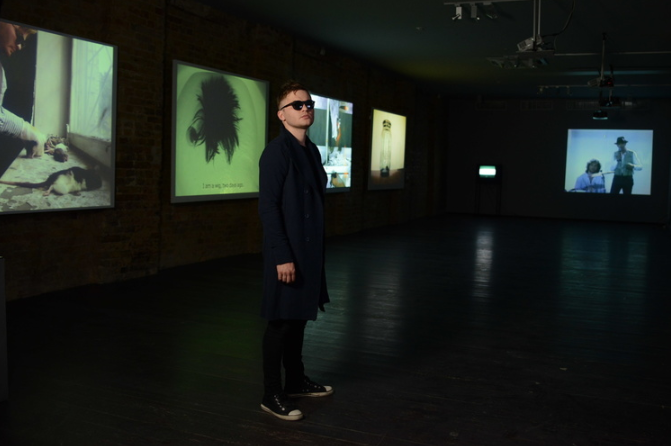